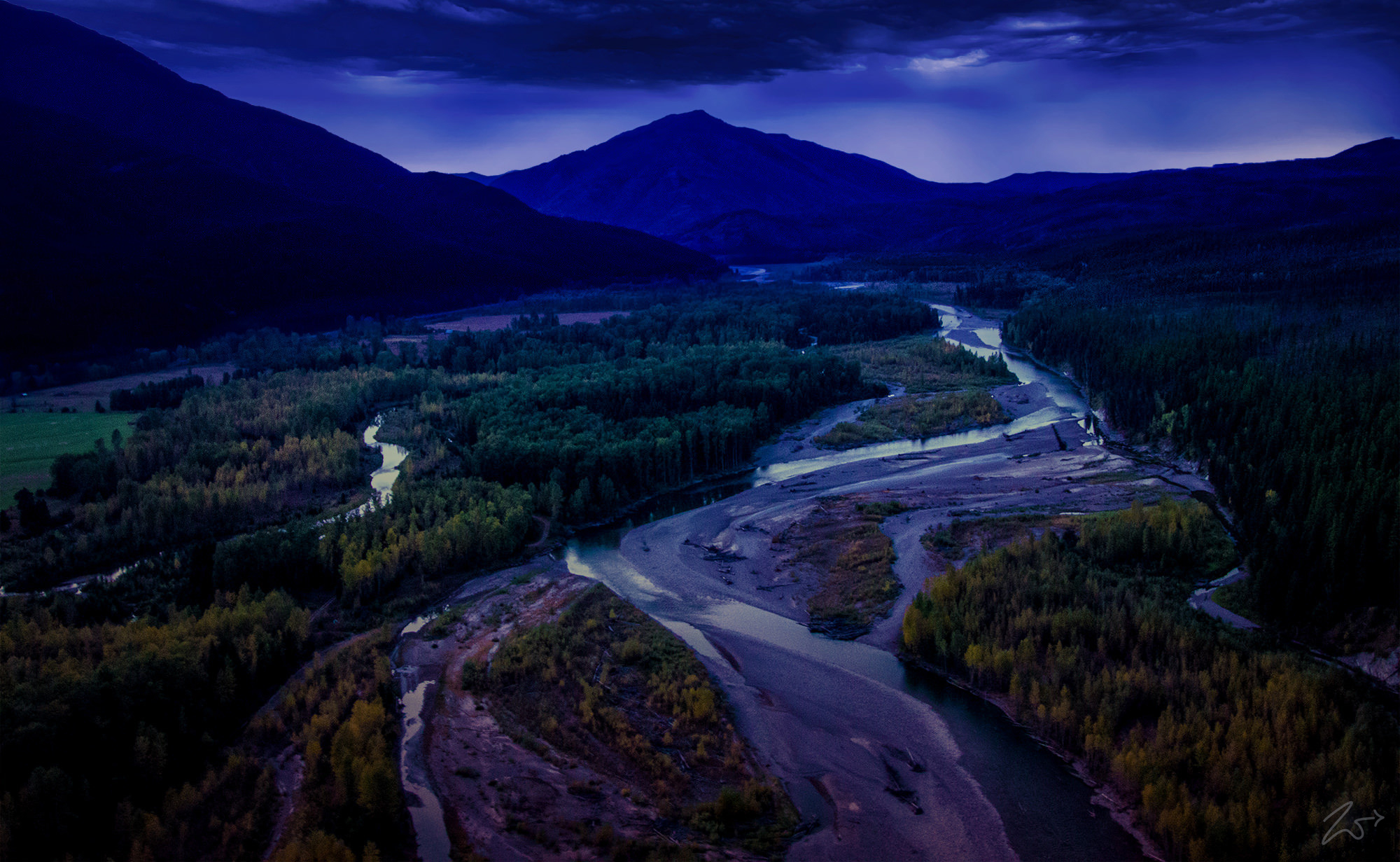 Flowing circuitously throughout the northwestern part of the U.S.  state of Montana, the Flathead River is known by the First Nations Salish as “ntx̣ʷetkʷ, ntx̣ʷe”. Originating in the Canadian Rockies to the north of Glacier National Park it flows southwest into Flathead Lake, then after a journey of 158 miles (254 km), empties into the Clark Fork.

This image was lensed late in the evening dusk while flying back to base camp at Ryann Airfield near the Glacier National Park. This is the Middle Fork of the Flathead River as it flows serenely through the Theodore Roosevelt Pass in the John F. Stevens Canyon. In the distance on the horizon lies Belton Hills and on the right side of the image, lay the lower western slopes of Loneman Mountain, which was named in either 1885 or 1902 by J. W. Schultz after he and two companions were on a winter camping trip on Nyack Creek when the temperature reached -33 degrees Fahrenheit. 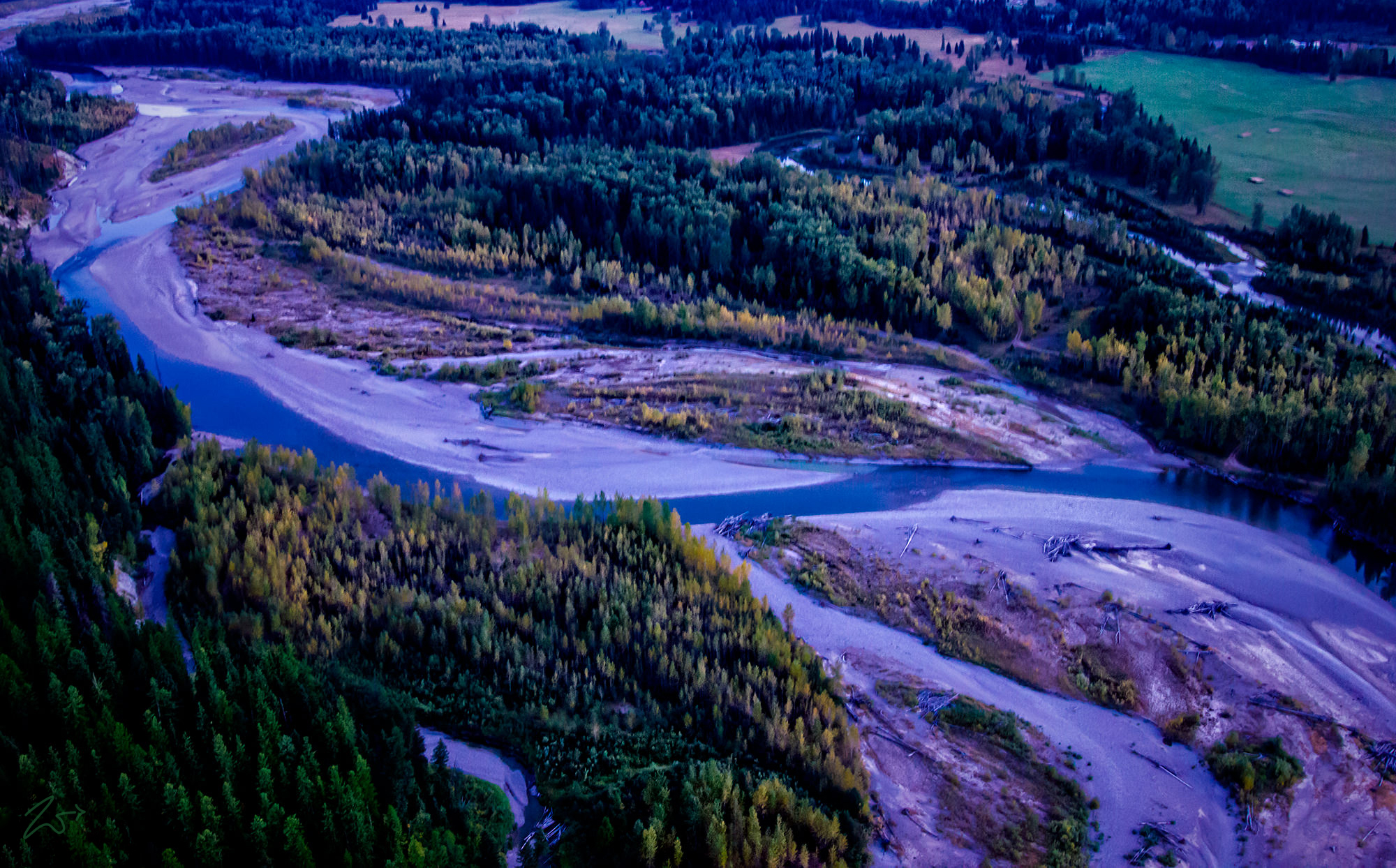 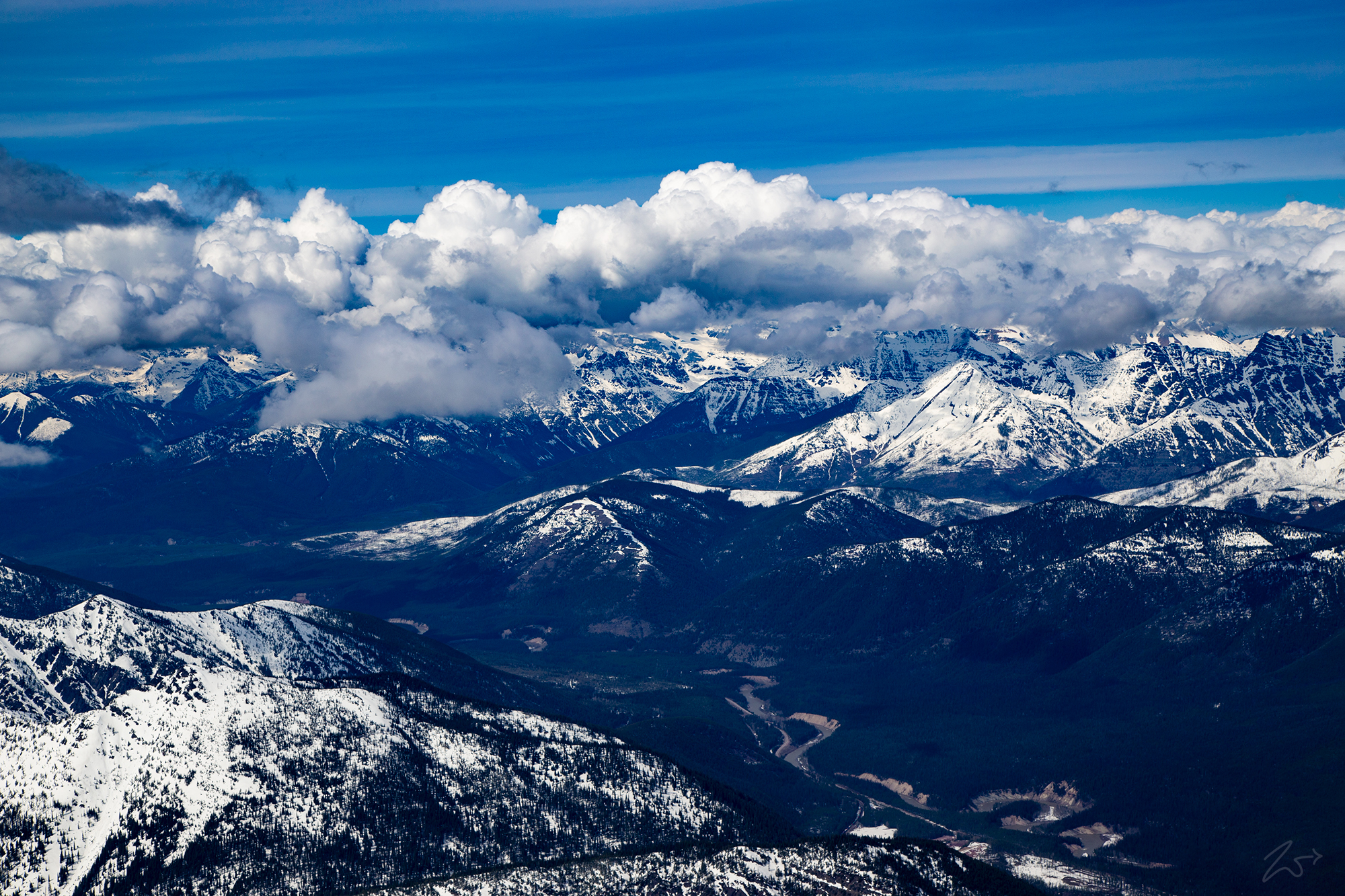 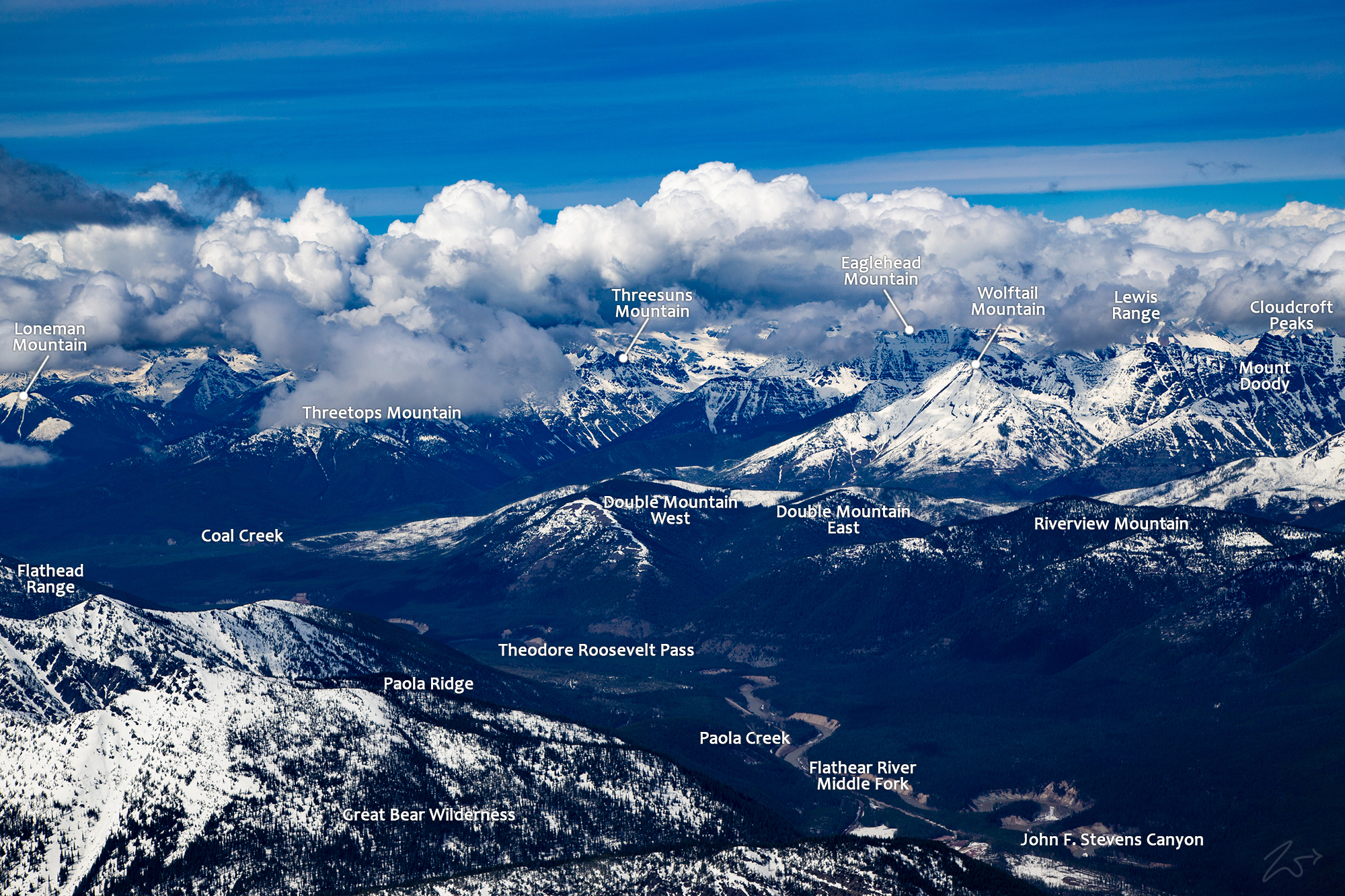 The river then flows westwards to join the South Fork and cuts between the Whitefish Range and the Swan Range via Bad Rock Canyon. All of the headwaters forks are entirely or in part designated National Wild and Scenic Rivers. After the river leaves the canyon it flows into the broad Flathead Valley and arcs southwest, passing Columbia Falls and Kalispell, before joining the Whitefish River and emptying into Flathead Lake, where it joins the Swan River.