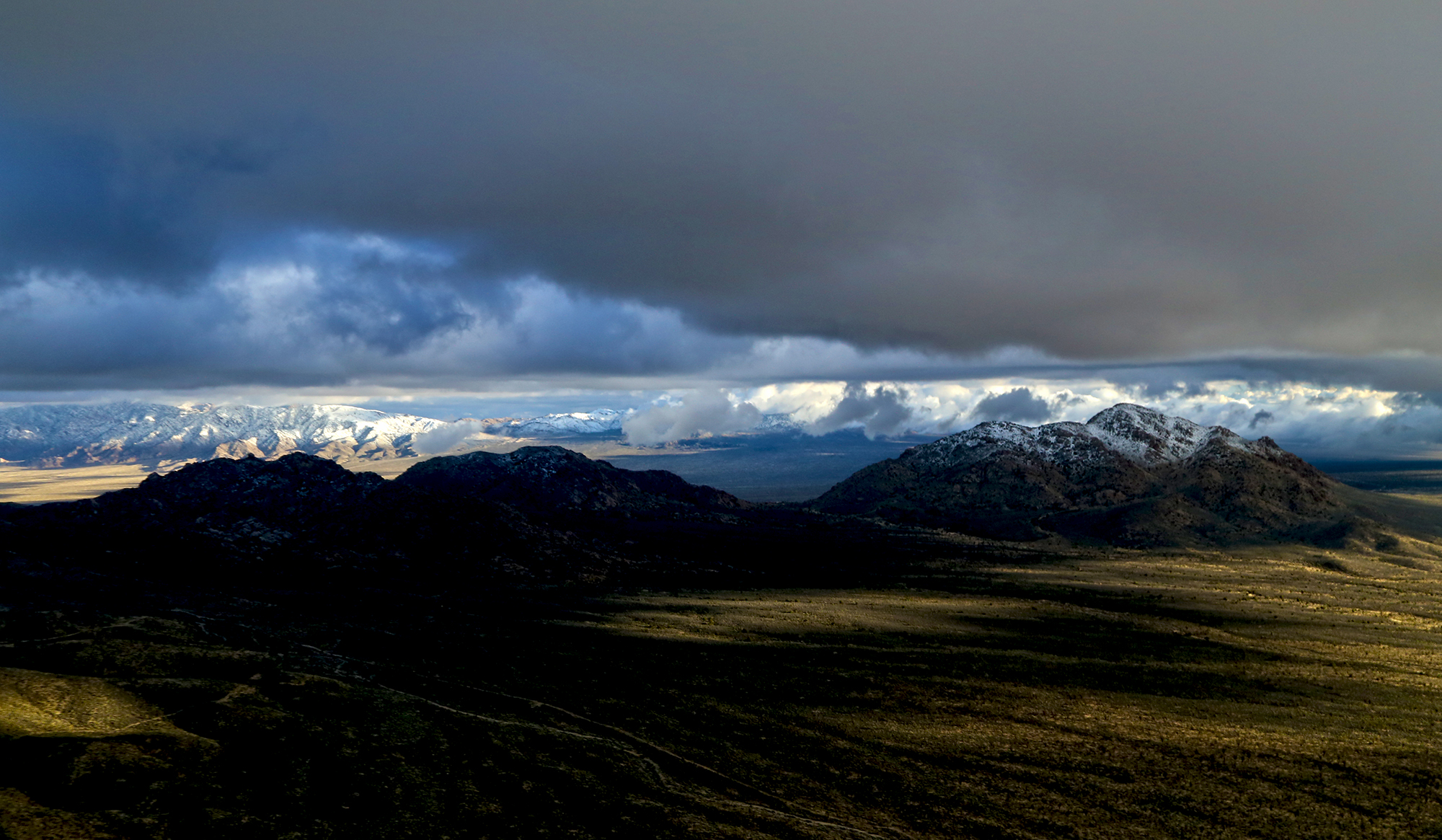 Zedekiah: “While flying through the Mojave Desert exploring the wilderness north of the Eastern Mojave Scenic Area I came upon this view of the mountains with snow-covered tops. I was chasing after a storm as it rapidly moved across the desert to the east, and flying right below the base of the clouds which provided a wonderful diffusion of light.”

The area in the foreground bottom of the photo is called Black Canyon Wash. All of this sits inside the Mojave National Preserve, a 1,600,000 acres (650,000 ha) unit of the National Park System. Natural within the preserve include the Kelso Dunes, the Marl Mountains, and the Cima Dome, as well as volcanic formations such as Hole-in-the-Wall and the Cinder Cone Lava Beds.