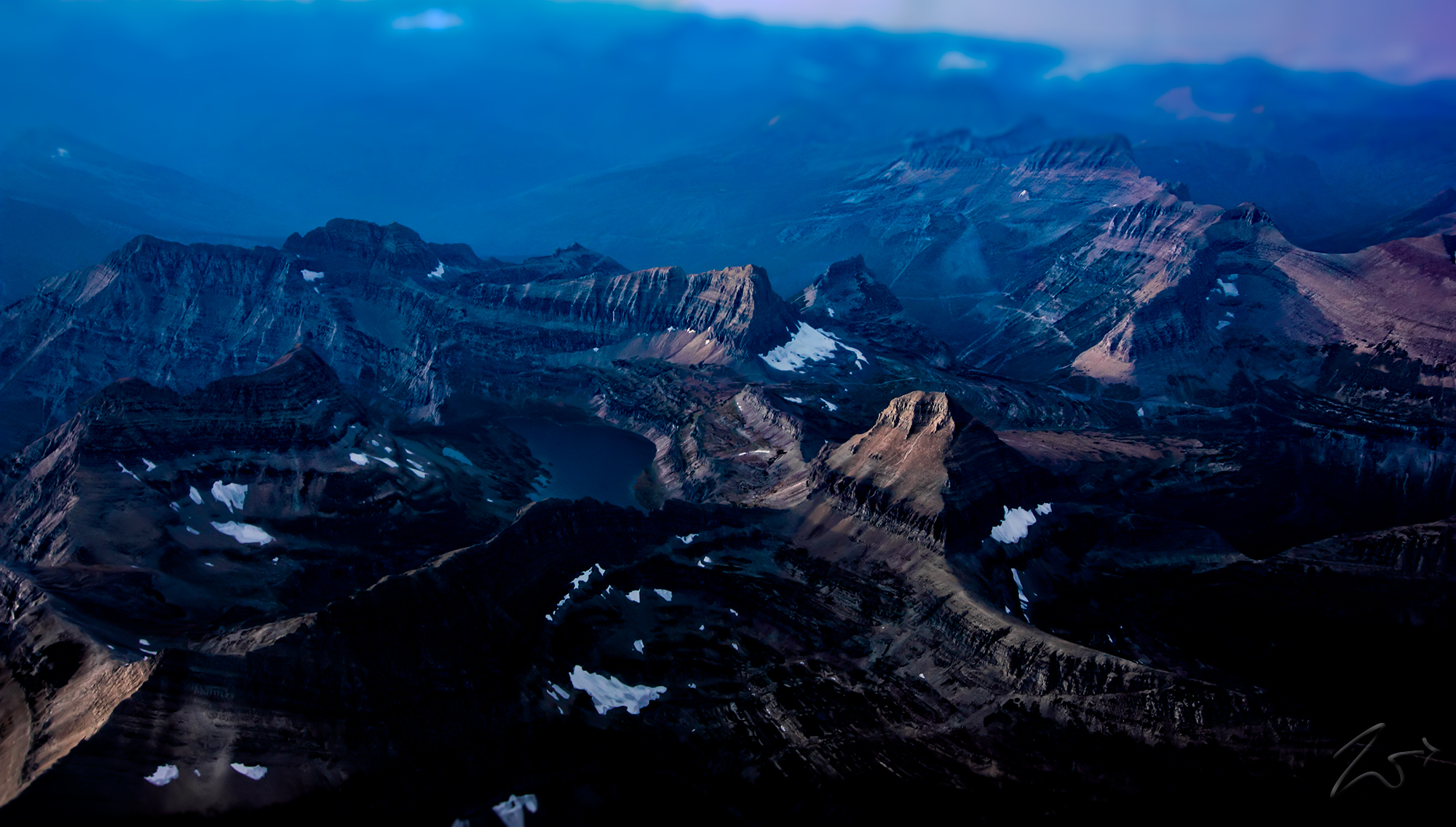 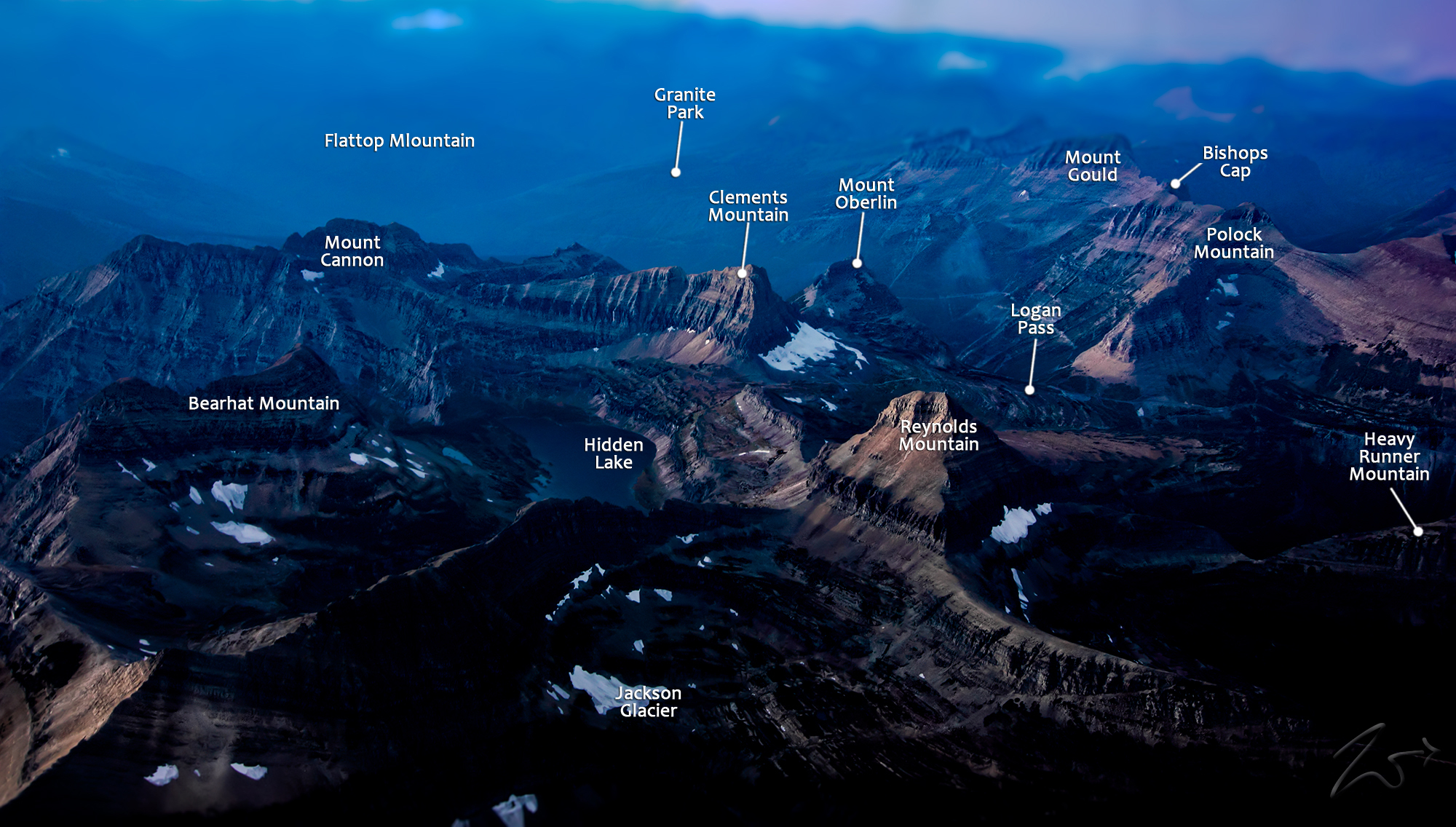 This dark image lensed late in the afternoon last fall before the snow season began is called “Hidden Lake at Dusk”. The aptly named Hidden Lake sits 6,375ft / 1,943m at the base of Bearhat Mountain (directly to the left) along the Continental Divide in the Montana Rocky Mountains of Glacier National Park. To the immediate north of the lake (above it in this photo) is Mount Cannon on the left ridge and Clements Mountain protruding on the right side of the ridge. The large protruding mountain to the bottom right (east) side of Hidden Lake is Reynolds Mountain.On the northeast side of Reynolds Mountain is Logans Pass (where the visitor center is) and beyond that are the Hanging Gardens and Mount Oberlin and along the distant ridgeline to the top right of this image is the Garden Wall, including Piegan Mountain, Big Drift, Triple Arches, Pollack Mountain, and the Bishops Cap.

Zedekiah: “I lensed this photo in late August after the snow had melted away. This was taken at sunset when the alpenglow was casting a soft amber hue across the mountain faces creating a warm beautiful ambiance made even more interesting by the use of a focus bokeh effect.”

The Rocky Mountains of Montana have a rich First Nations Tribal history stretching back for thousands of years. Archaeological surveys provide traces of human presence here going back more than 10,000 years. These were probably the ancestors of the very tribes living in the area now. When the first European explorers came to this region, multiple tribes inhabited the area. First Nations peoples called this area the “Shining Mountains” and saw them as the “Backbone of the World”. This is a very spiritual place where visions were sought.

The Blackfeet (Nitsitapii meaning “real people”) controlled the vast prairies east of the mountains. A highly nomadic people, the Blackfeet were deeply connected to the hunting of bison on the plains and based much of their livelihood on the resources of the mountains and eastern foothills.

The Blackfeet Nation is comprised of three distinct groups: the Blackfoot or Siksika, the Blood or Kainai, and Piegan or Piikani. Their yearly cycle began in early spring as individual bands left their winter camp for an intensive season of hunting and root collecting. Women and children went to the mountains to dig for roots, while small bands of hunters moved east, seeking bison. Food gathering continued through the summer until the annual Sun Dance Celebration when the various bands would convene for several weeks on the plains. Other First Nations Peoples in the area include the Kootenai, Salish, Stoneys (Assiniboine), Gros Ventre (Arapaho), and Cree.