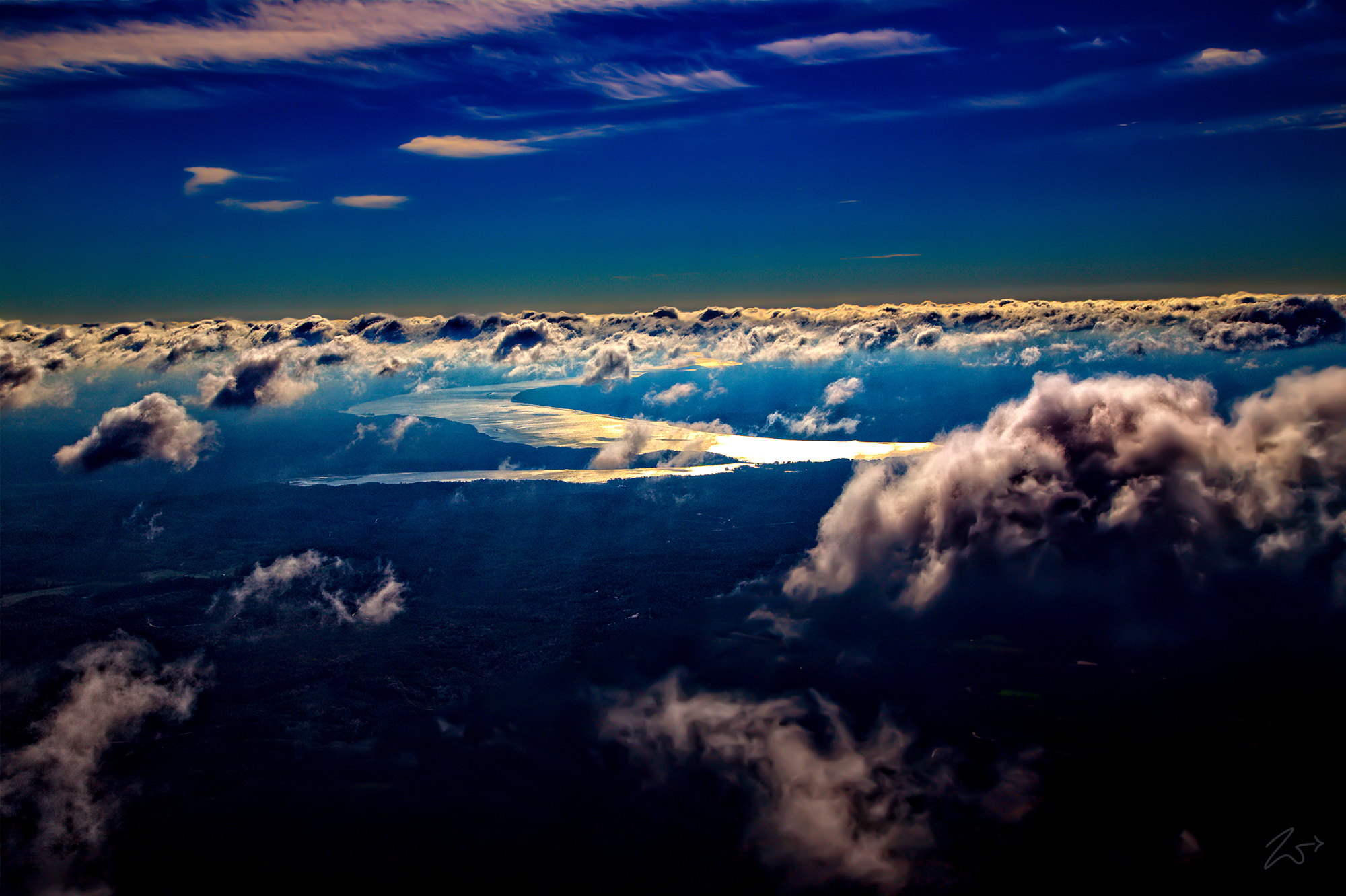 Zedekiah: “This photograph was shot while I flew towards the south down the river into Mississippi. From an altitude of 3,500 feet above ground in the late afternoon, you can clearly see the separation of clearer air above the clouds from the thick moisture below them. This area is called Big Bend and was originally home to the First Nations Chickasaw and Quapaw tribes. The area is also home to the Battle of Shiloh, also known as the Battle of Pittsburg Landing, which was a major battle in the Western Theater of the American Civil War, and was fought over a 2 day period on April 6–7, 1862. In my youth as a Boy Scout, I visited and camped in this area numerous times.”