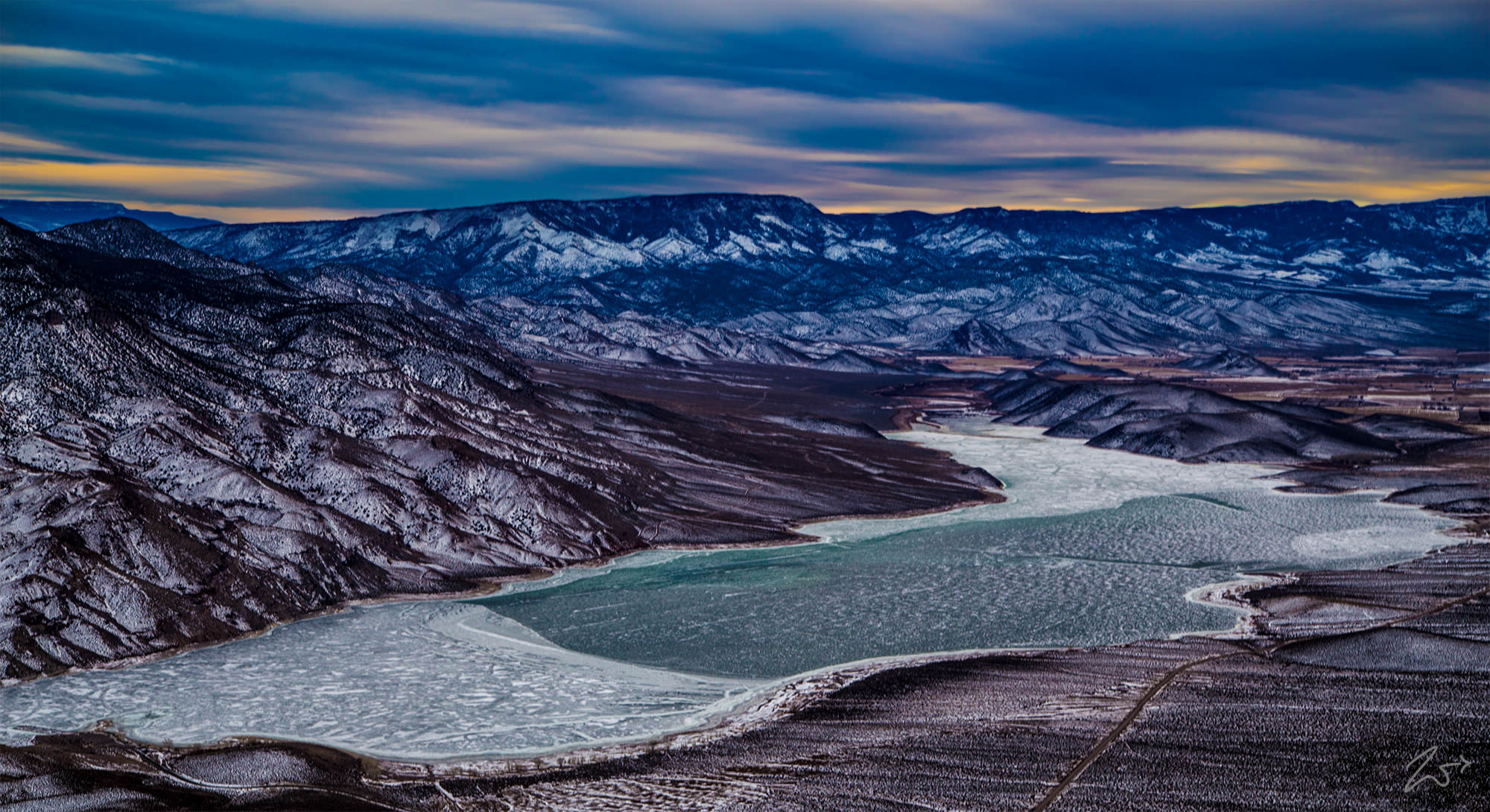 A frozen Piute Lake on the north end of Circle Valley, Utah. Sitting on the main fork of the Sevier River the lake is is a man-made reservoir. The lake was built in 1908 by Robert D. Young, who also built the nearby Otter Creek Dam which lies on the other side of the mountain on the left in this picture. Both the reservoir and county are named for the First Nations Paiute Natives who dominated this area at one time. Interestingly the state legislature changed the original spelling, from Paiute (the Native American people) to Piute.

Piute Lake is located on the north end of Circle Valley, above the small community of Circleville and south of Marysvale. It’s a large, shallow impoundment in a low elevation valley. The reservoir shoreline is publicly/privately owned and administered by the BLM and the Piute Reservoir and Irrigation Company with unrestricted public access. It was made a state park and opened to the public back in 1963. A primitive campground is available and there are vault toilets available. While not well known this is a quiet getaway with plenty of solitude.

Zedekiah: “This is a windy valley and you can see the patterns made by the winds on the frozen water across the lake’s surface. I was flying to the southwest when I shot this picture with the sun setting in the distance. On the other side of the lake along the skyline is Forshea Mountain. This is all part of the Sevier Plateau and the Fish Lake National Forest.”