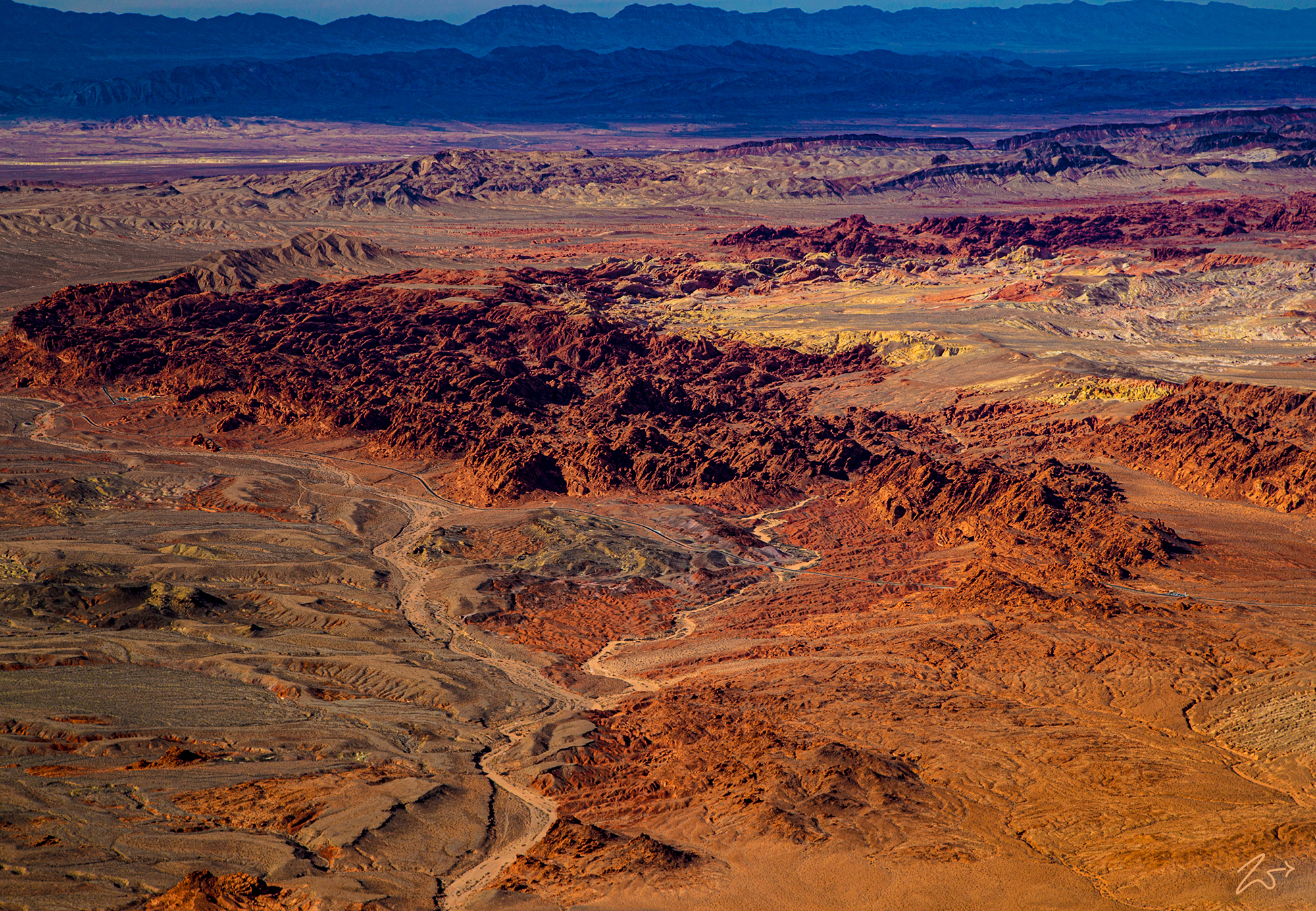 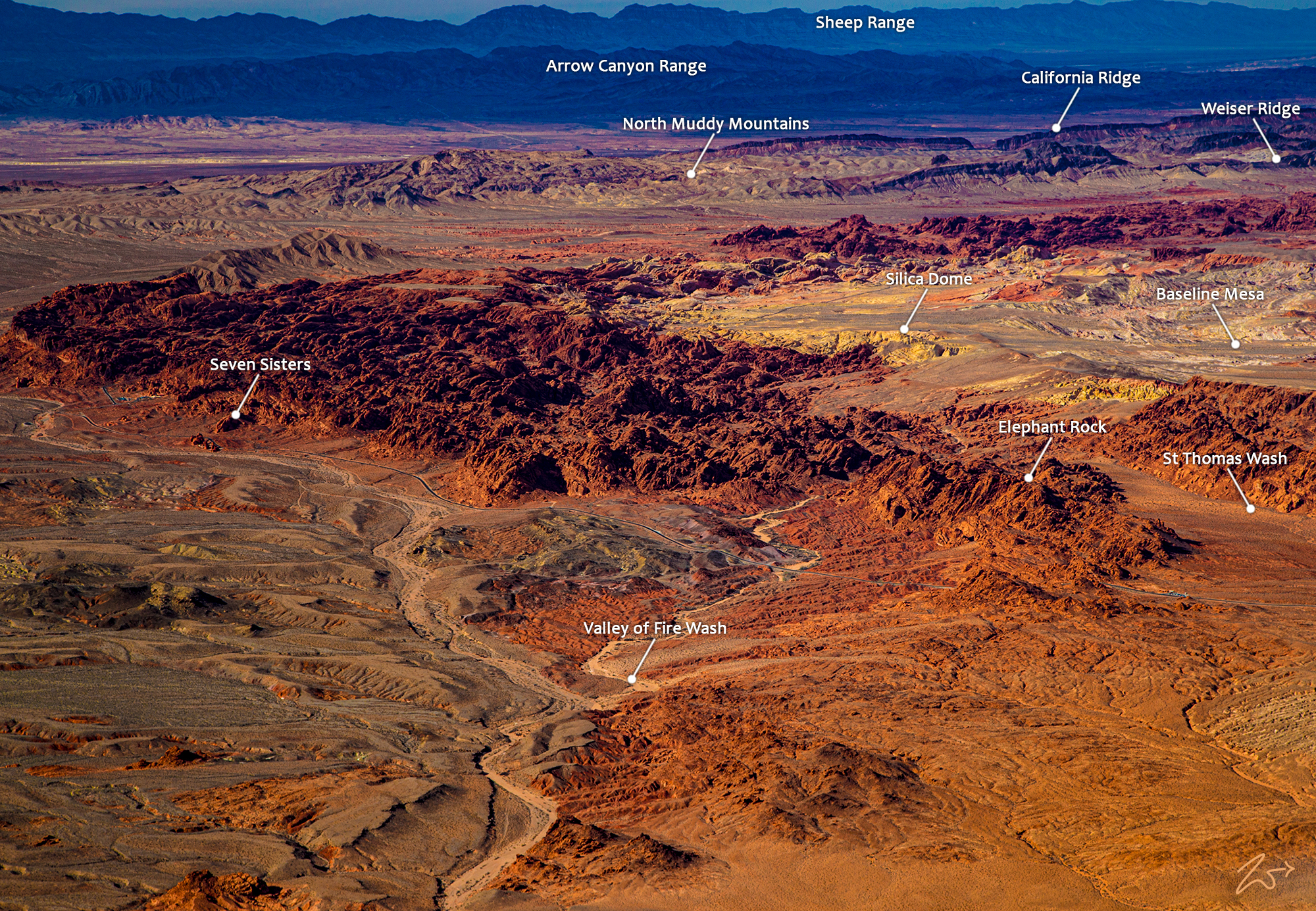 This is the Valley of Fire State Park which contains around 40,000 acres of brilliantly hued red Aztec sandstone outcroppings clad in gray and tan colored limestone. These were formed during the Jurassic period and are remnants of sand deposits left behind by the wind after inland seas subsided and the land rose.

This vibrant landscape is home to ancient petrified trees dating back millions of years as well as petroglyphs from the First Nations peoples that lived in this area. Archeological finds show that pre-historic man moved into southern this area around 11,000 years ago and the petroglyphs are believed to have been carved into the rocks by the Basketmaker culture about 2,500 years ago, followed later by carvings added by Early Pueblo culture people and then Anasazi Pueblo farmers from nearby Moapa Valley.

First Nations Paiutes were living in this area in 1865 when Mormons settled at nearby St. Thomas at the south end of the Moapa Valley.  Farming, ranching, and mining have all occurred in the region along the narrow stretches of water in the dry valley.

Zedekiah:” I captured this image from above Blue Point Bay on Lake Mead following a very strong rain downpour in the late afternoon. The alpenglow effect combined with the rainstorm lit up the ground colors and provided a wonder vibrant view of this amazing selection of geologic formations.”

In the above image; Valley of Fire Wash drains down through the center of the photo and on the bottom right of the wash lays Elephant Rock. To the left in the image is the formation known as the Seven Sisters and lying above the park, just next to those yellow-colored formations is Baseline Mesa and the Silica Dome. The mountains lying just to the north of the park are called the Muddy Mountains. 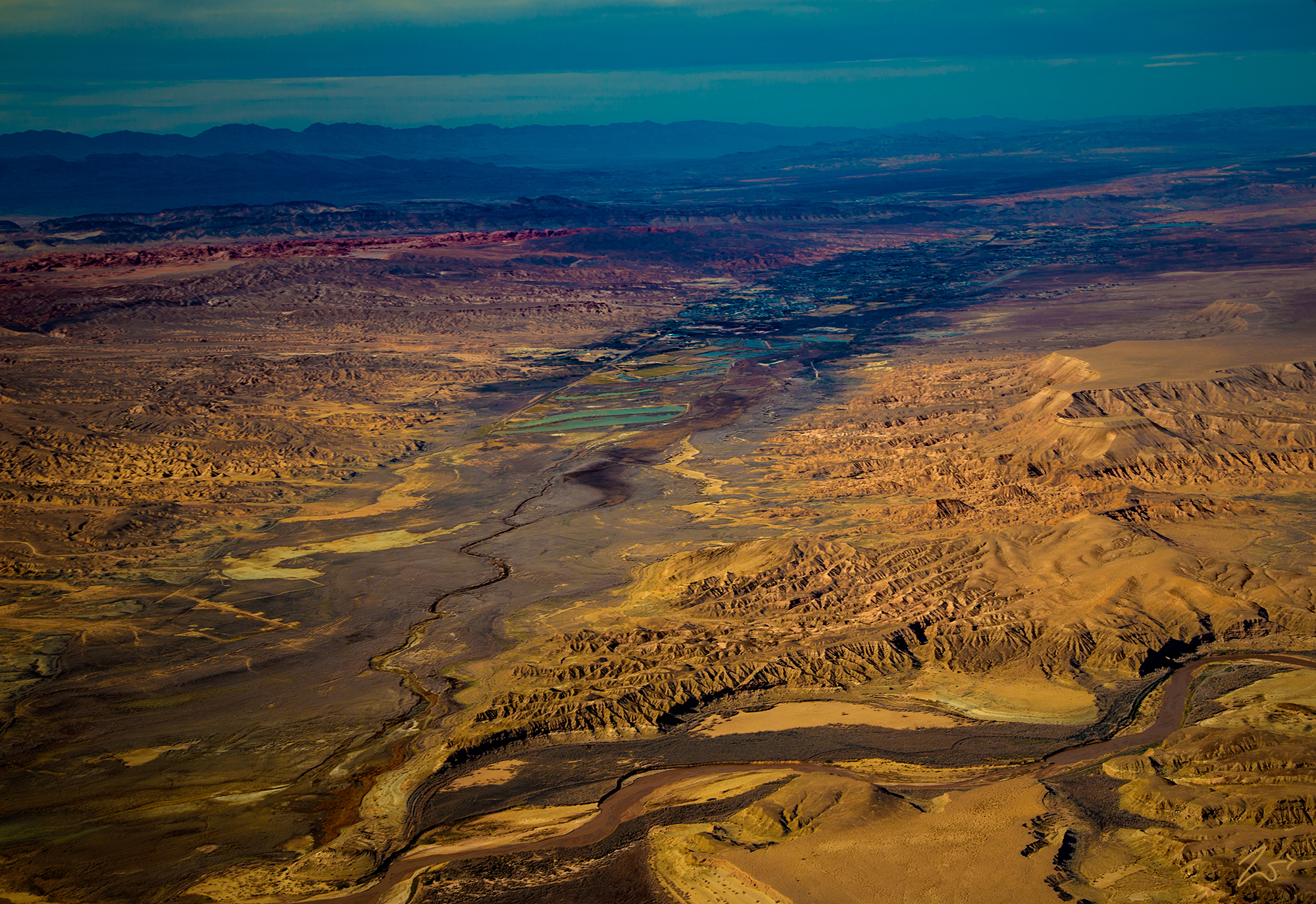 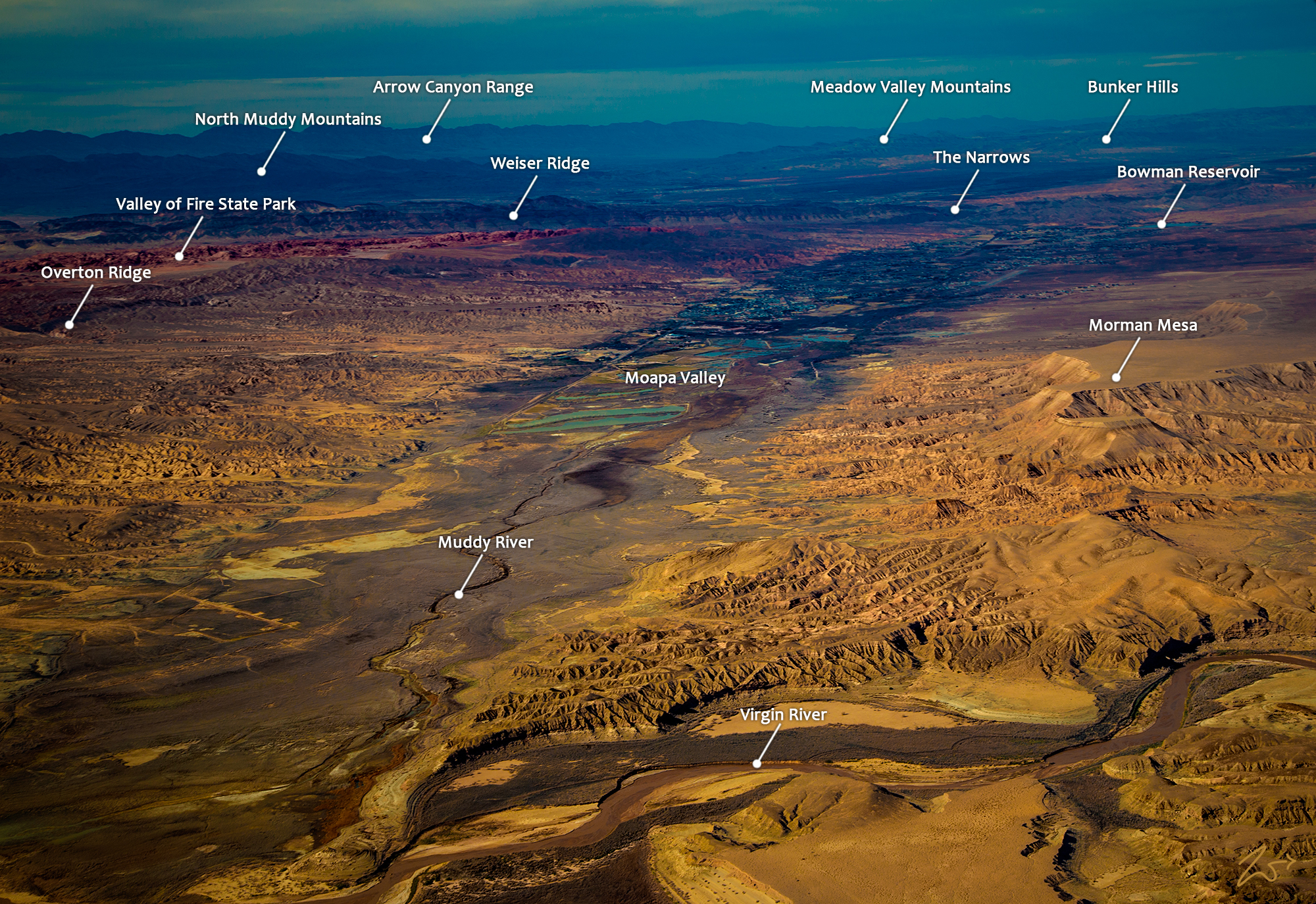 These twisted jagged stones are some of the oldest natural rock formations known to mankind and the incredibly rough, stark red fossilized sandstone formations formed out of great shifting sand dunes during the age of dinosaurs 150 million years ago. They were created by a dramatic shift in the Earth’s crust, then complex uplifting and faulting and followed by extensive wind and water erosion over time, which sculpted the land into what we see today.