The Vastness of the Mojave Desert

The Nopah Range Wilderness contains a desert symphony of dry rugged mountains, hills, and alluvial fans, badlands, playas, plains, and river washes. Creosote, cactuses, yucca, and other desert shrubs cover the bajadas, adding hints of color and life to the barren mountains that rise above the desert.

On the left foreground in this image are the Spring Mountains and over the ridge on the left, you can see a part of the Mesquite Valley. On the horizon in the distance is the Mojave National Preserve with Old Dad Mountain looming over the desert floor.  In the middle of the image lay the Mesquite Mountains with the larger Kingston Range in the middle of the image towering over the surrounding wilderness. To the immediate right in the image, rising above the desert sitting alone is the Nopah Range. 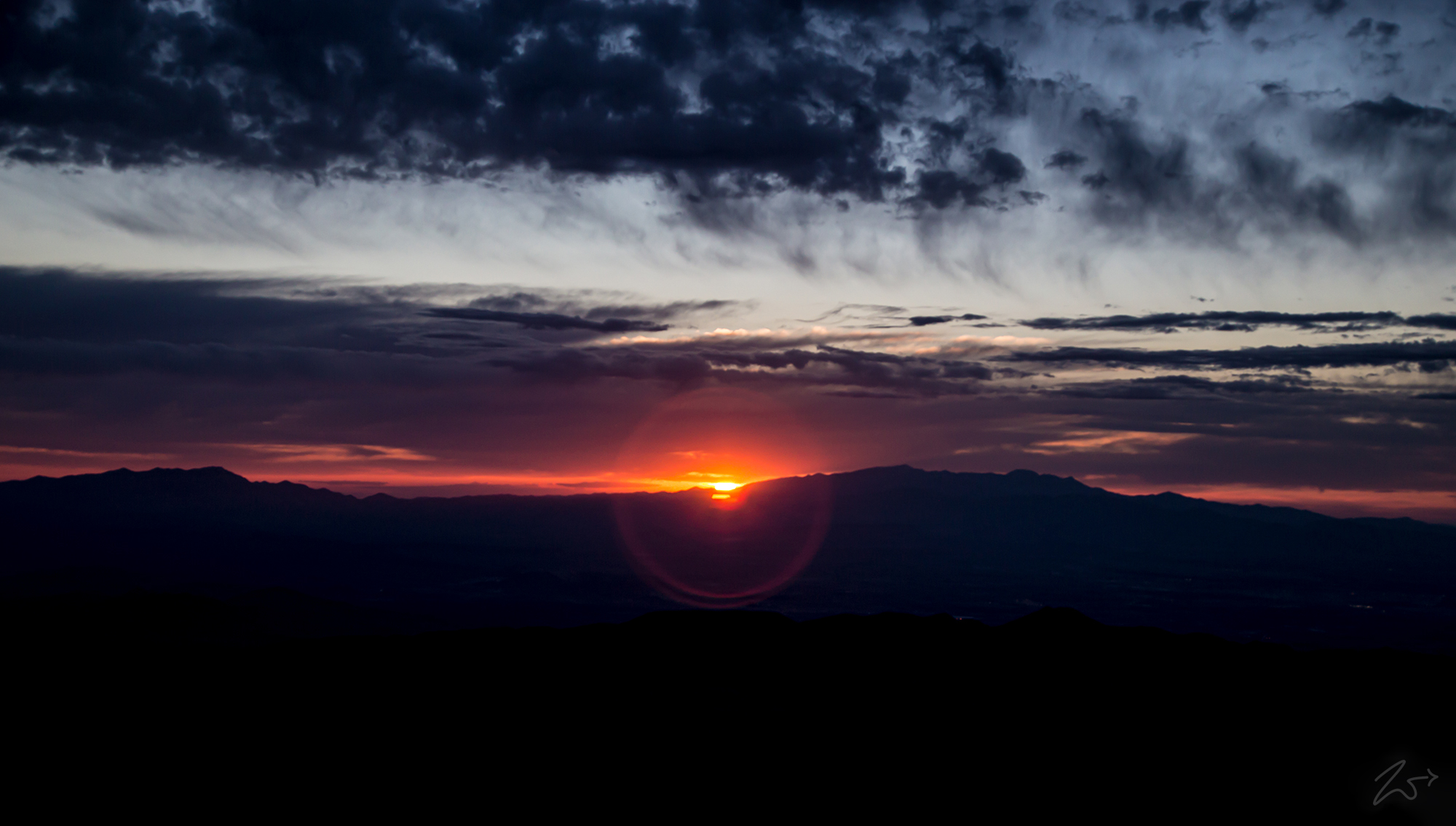 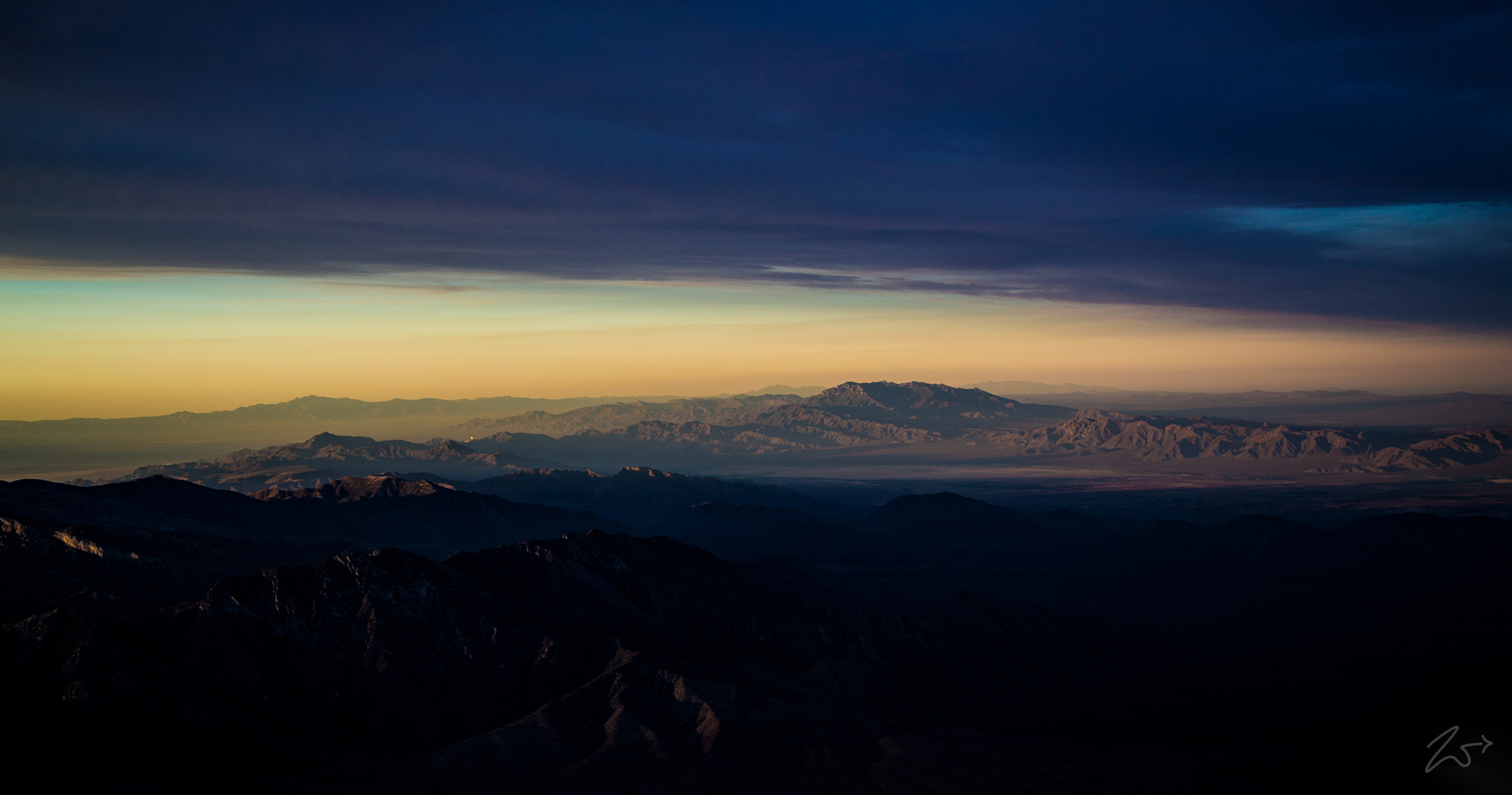 These are the ancestral homelands of the First Nations Southern Paiute Tribe, specifically the Pahrump Tribal band. According to their traditions they have lived in these lands since the beginning of time when the lands were given to them at the time of creation. They refer to this place as their “Holy Land.”

The Pahrump Band, living close to the source of creation, maintains a special relationship with the land and the mountains. They consider themselves to live symbiotically in harmony with the landscape in a mutually beneficial relationship. This relationship has been maintained for multiple generations, perhaps thousands of years. 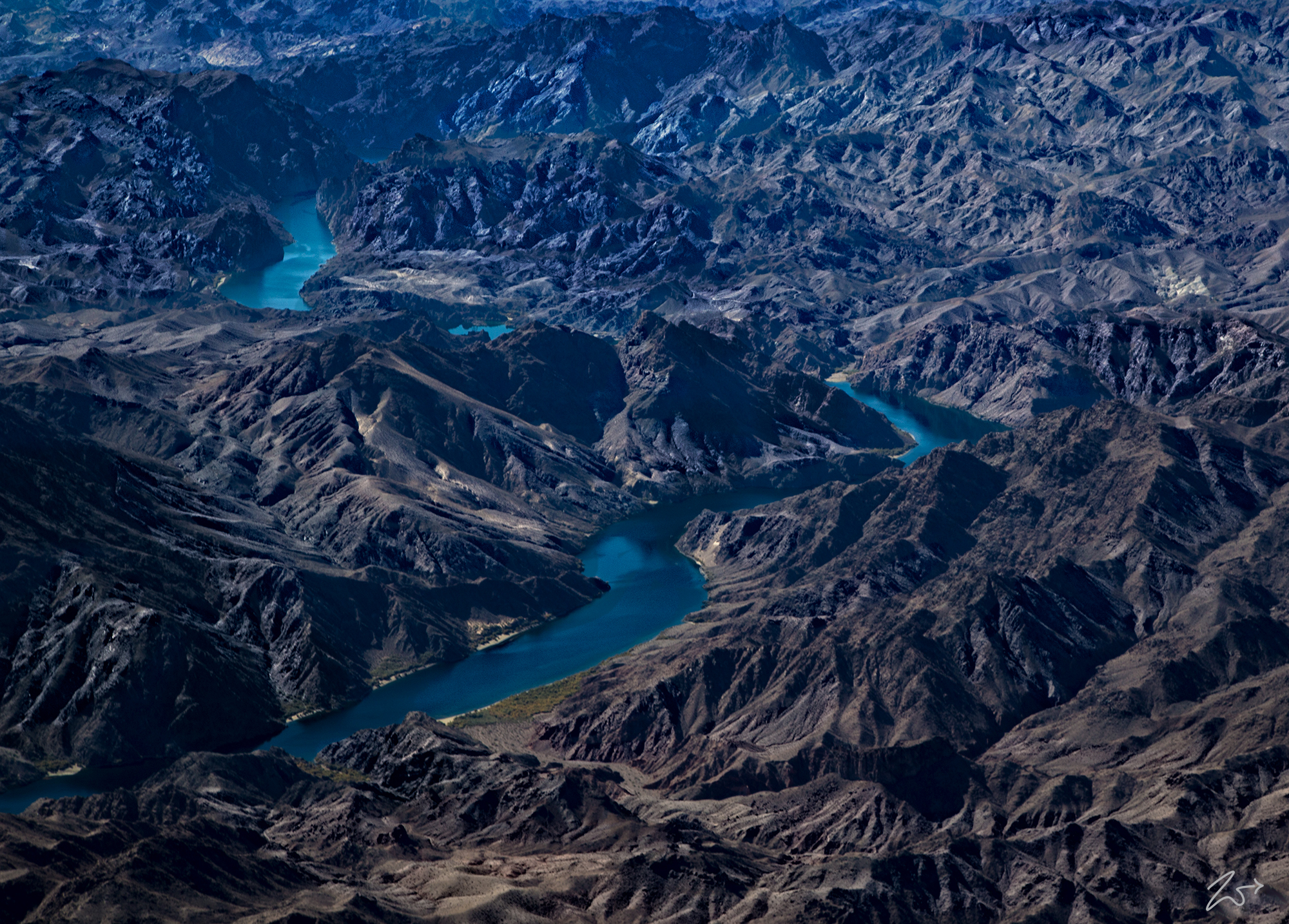 Above, the Colorado River cuts a dramatic path, serpentine-like through the hard rocky scrub of the Mojave Desert on the border between Arizona and Nevada. The river provides an oasis of sustenance in the barren hardscrabble land. 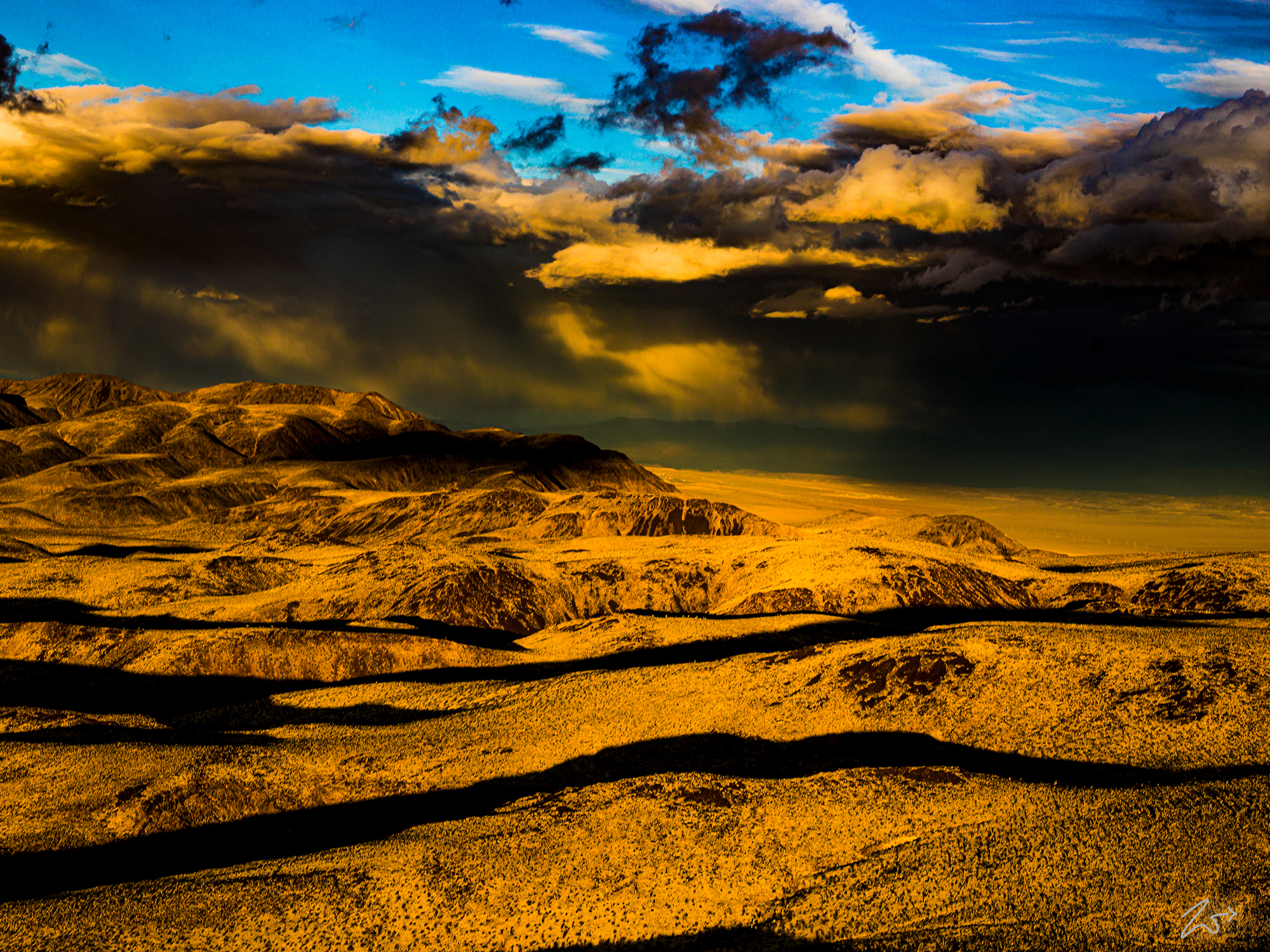 Alpenglow colors of dusk light up the desert and surrounding atmospheric arena in this image of the Sloan Mountains on the border between California and Nevada. On the horizon, a storm front rapidly moves across the desert on its way to the Grand Canyon. And below, the same area an hour later after the sun has set and the storm has moved through the area, cleaning the air and providing a short respite from the intense desert heat. 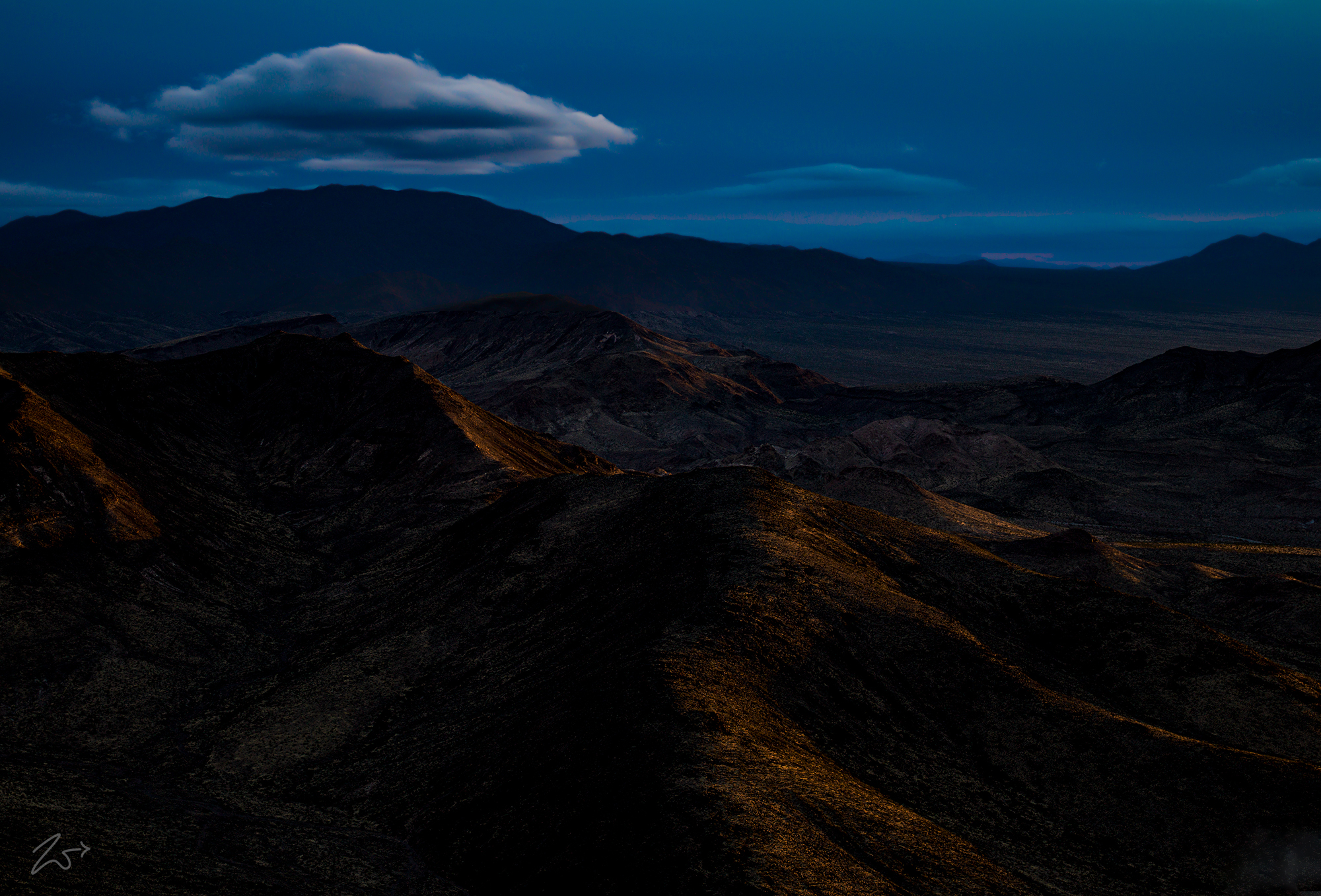