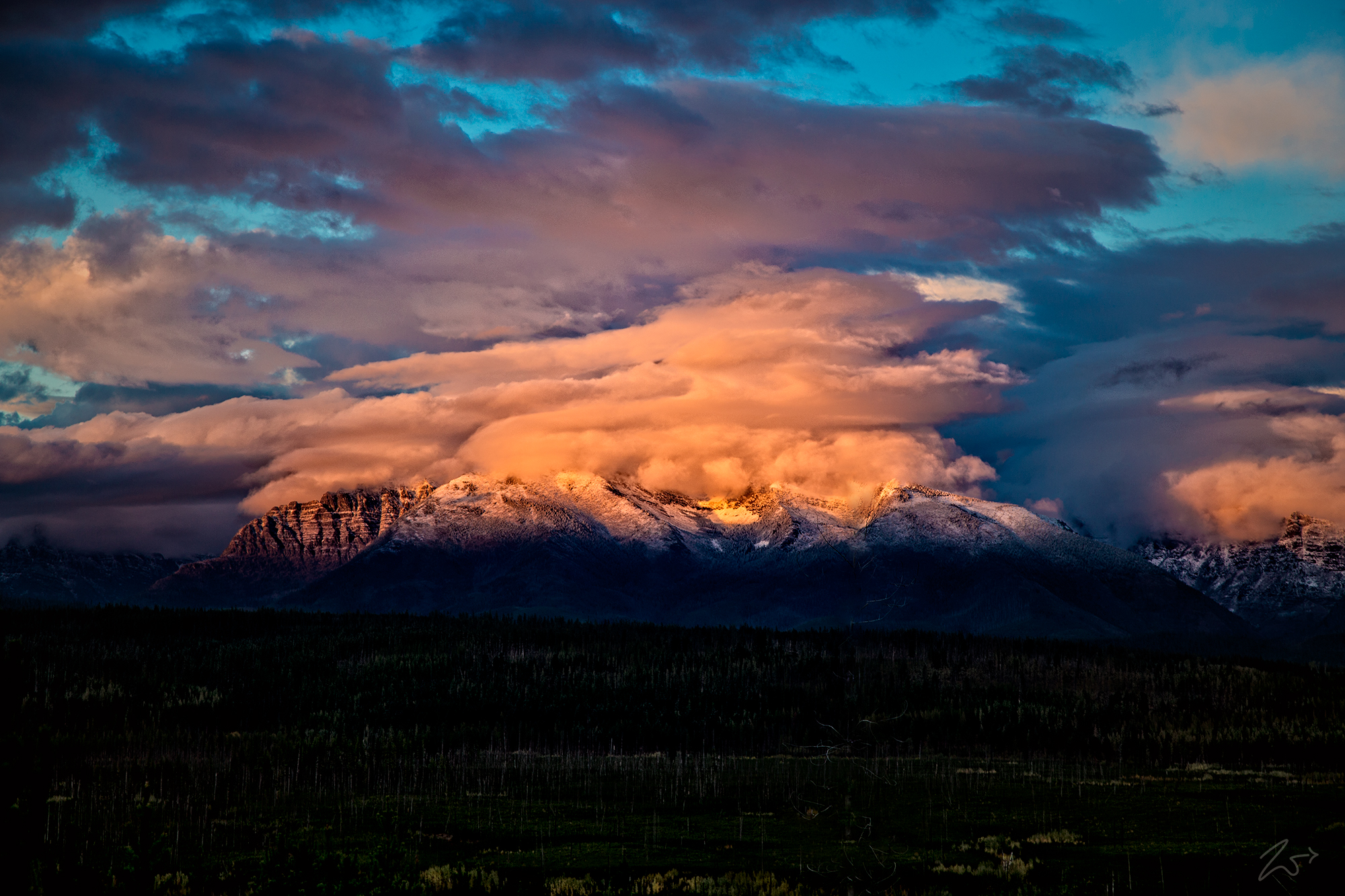 Wolf Gun Mountain glows as the alpenglow hues of golden amber, color the clouds at dusk, enveloping the top of the mountain with a rich cloak of iridescence. To the left, beyond those harsh cliffs is Anaconda Peak and to the right, obscured by clouds, lies Dutch Ridge. These awesome foreboding mountains are part of Glacier National Park in the Rocky Mountains of northwestern Montana. In the foreground lays Sullivan Meadows and at the base of that flows the North Fork of the Flathead River. This area is a rugged wilderness that you really have no reason to be in if you cannot survive the elements. This beautiful valley is the traditional hunting grounds of the Canadian First Nations Cree Tribes who would travel south to this location to hunt Mountain Goats, Elk, Deer, and Bear in the mountains, meadows and along the Flathead River.

This is one of the most remote and unvisited locations in the park and is only reached by traveling a great distance on rough dirt roads along the cliffs and banks of the Flathead River. But if you do go there, it is highly recommended that you visit this area as you will be rewarded with experiencing something very rare; a living natural ecology laboratory consisting of a succession of wilderness forest growth.

Due to many years of repeated natural forest fires across such a large and visible area you can easily see a large variety of forests that are all different ages. And each different forest attracts slightly different animal, bird and bug species dependent on the time since it last was burned. 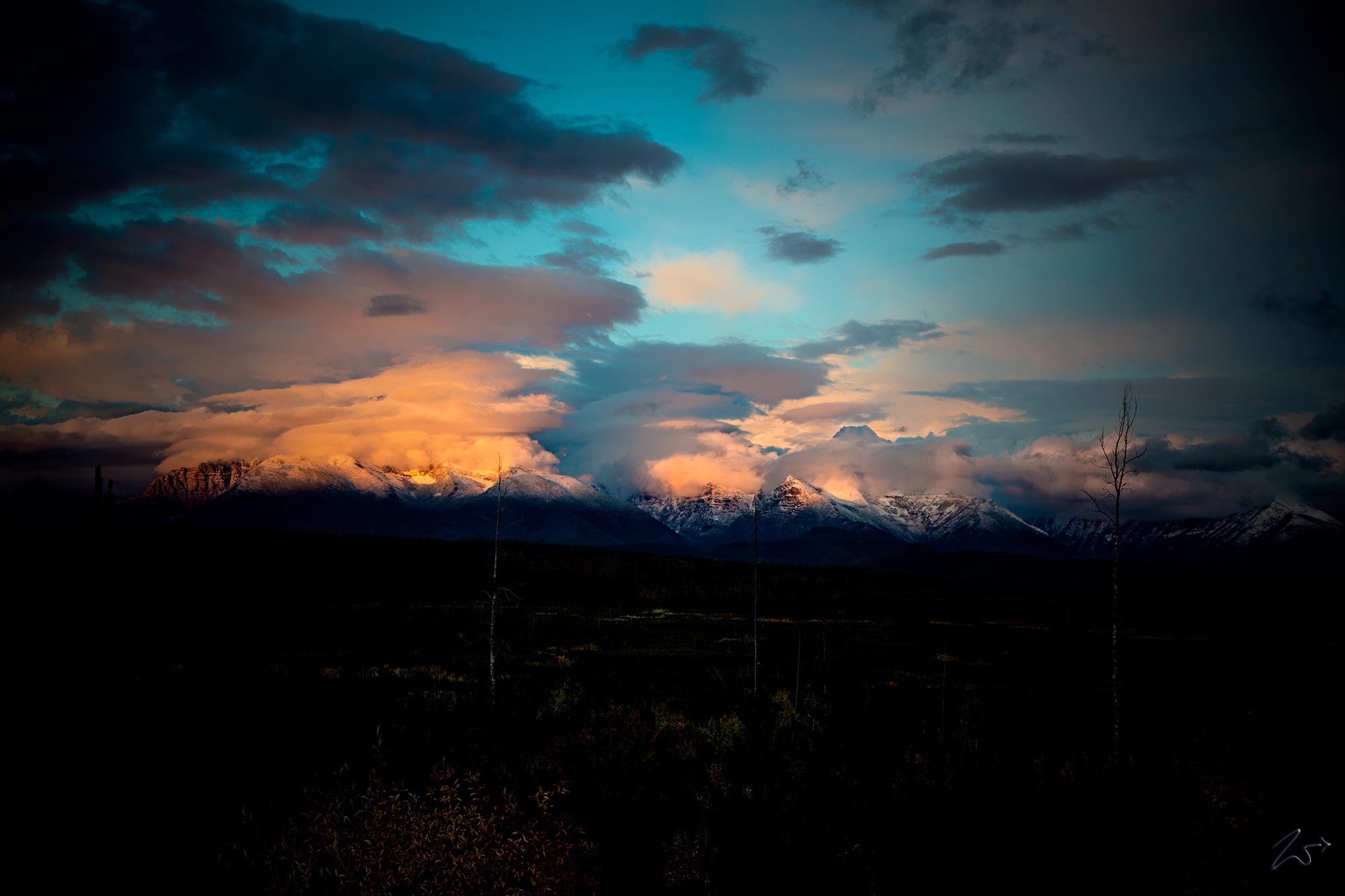 This image above is lensed above Demers Ridge on the eastern side of the Flathead River, overlooking the long and gorgeous valley known as Sullivans Meadow. This land has always been a sacred hunting grounds to a number of First Nations Tribes for many thousands of years. The Cree, Flathead, Blackfoot, Salish, and Kootenai have all used this grand valley for life-giving sustenance. The Kootenai (also known as the Ktunaxa) called this valley: “kqaskanmituk”.It is refreshing knowing that this view has never changed, in all the time man has existed on the face of this beautiful planet, this view you are looking at has always been there. Sitting proudly high in the sky with all the world spinning around, it has remained a constant, a magnificent juxtaposition of majesty and peacefulness.