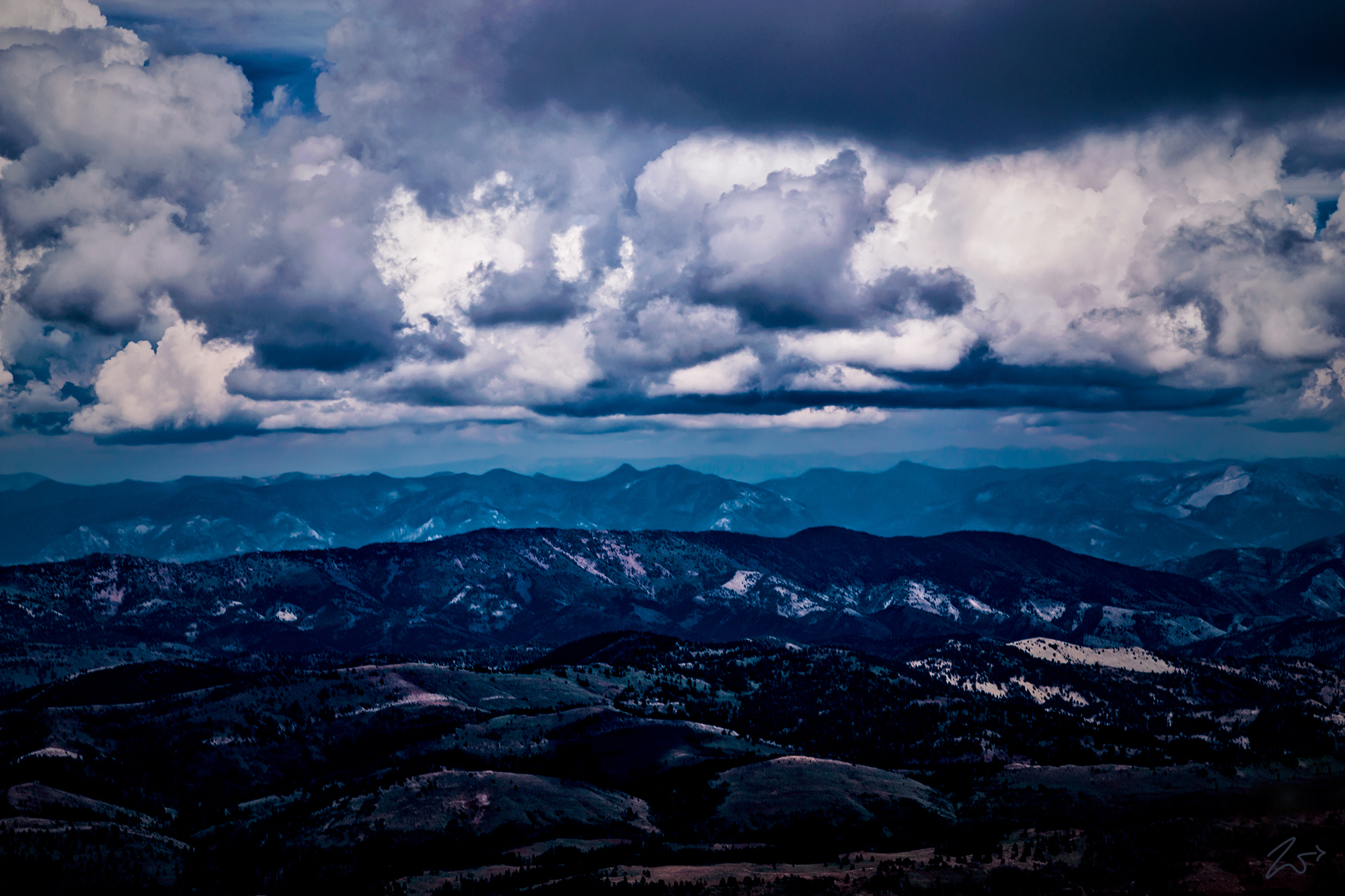 The Bear River Range also known as the Bear River Mountains, straddles the border of northeastern Utah and southeastern Idaho, forming the eastern boundary of the Cache Valley which lays just on the other side of the ridge in the immediate foreground.It is here that on one of these mountains’ a deep sinkhole named Peter Sinks recorded the lowest temperature ever recorded in Utah on February 1, 1985, at −69 °F (−56 °C), which is also the second-lowest temperature ever recorded in the contiguous United States. The valleys act like a dam trapping cold air. The coldest of the air settles to the bottom of the valley and temperatures between the cold air “lake” and the warmer air above the valley can be different by as much as 70 °F (39 °C).

The Cache Valley on the other side of this ridge has been Ancestral Homelands to the First Nations Shoshone Nation and other tribes of pre-history times going back thousands of years. This valley was discovered by the European explorer Michel Bourdon in 1818 during fur expedition with the explorer Donald McKenzie and their trappers made the first extensive exploration of what is now southern Idaho starting in 1818 with annual expeditions through 1821.

His trapping ventures covered most of modern southern Idaho and parts of eastern Oregon, northern Utah, and western Wyoming. Many of the names for rivers in this region can be traced to this period. The valley was subsequently used for the second of the annual gatherings of mountain men. The name “Cache Valley,” was derived by the fur trappers who hid their trading goods from theft and damage in caches in that valley.