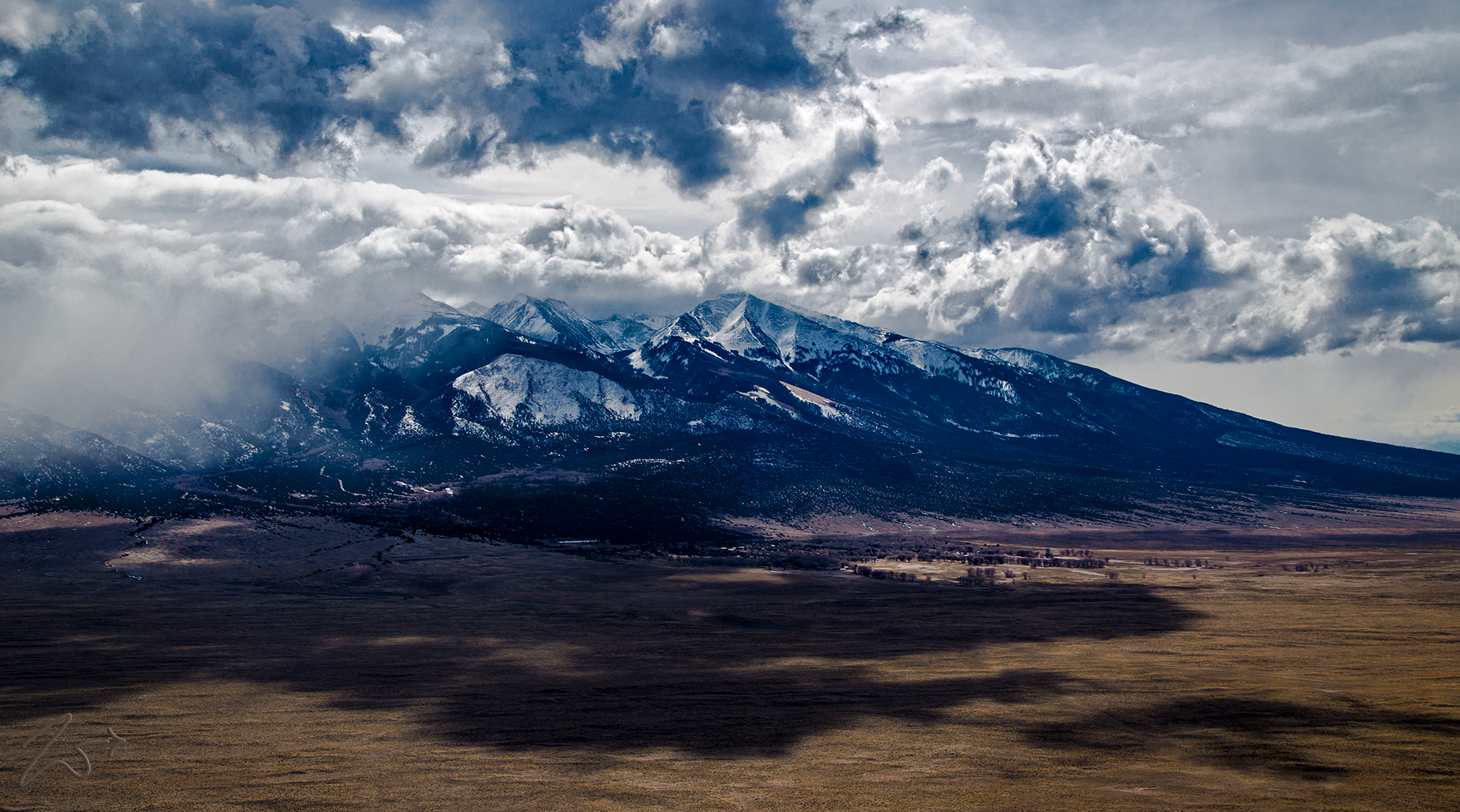 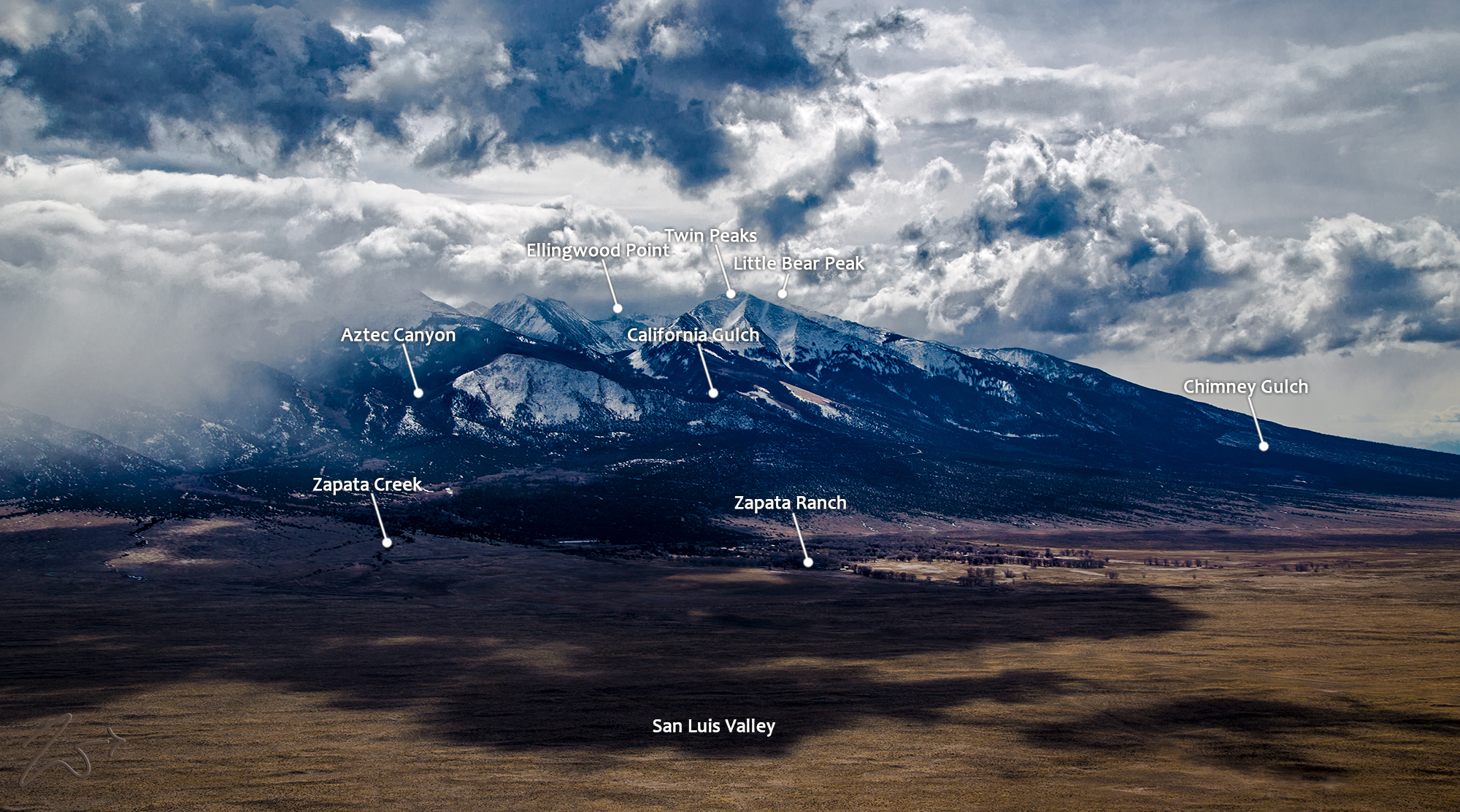 In this image above, Blanca Peak is obscured by clouds along the top of the range while Twin Peaks, Ellingwood Point, and Little Bear Peak are visible in the low cloud cover. Zapata Ranch sits below in the San Luis Valley in this image lensed in the late Spring.Blanca Peak is revered by the First Nations Diné (Navajo) as a sacred mountain and is called ~ Tsisnaasjiní ~ which has two meanings; “Dawn” and “White Shell Mountain“. The mountain is considered to be the eastern boundary of the Dinetah, the traditional Navajo homeland. It is associated with the color white, and tribal traditions say it is “Covered in Daylight and Dawn and Fastened to the Ground with Lightning!”

According to their traditional beliefs Blanca Peak was placed in the direction of the east because the sun rises up from here at the start of each day.  Blanca Peak should be thought of as the ‘north arrow’ on a map, which determines the orientation of a person’s mental and physical presence on earth. The eastern direction is easily determined each morning as it is dawning. The sun then rises. During this process, you are waking up and thinking what it is that you will be doing for the day. Thought comes first in everything that you do.  According to tradition; Blanca Peak was carefully formed as a sacred mountain. Each of the sacred mountains is a holy person dressed in various outfits. Blanca Peak has a belt.

A layer of trees around it that is caused by the ‘tree line’ forms the belt. Just like any of the sacred mountains, Blanca Peak stands on its feet and extends out its arms. When the Holy People had assembled the things with which to dress the East Mountain, they traveled by way of a sunbeam and rainbow beam to decorate Sisnaajiní.

The Holy People dressed Sisnaajiní in a perfect white shell for positive thoughts and thinking. Then the Holy People ran a bolt of lightning through a sacred mountain to fasten the East Mountain to our Mother Earth. Its spirit is that of the Holy People and its appearance is that of varying plants such as trees and flowers. In that respect, your first thoughts have those same characters.

These are the Holy People that were told to live in this sacred mountain:
1. Dawn Boy and Girl
2. White Bead Boy and Girl
3. White Corn and Male Rain
4. Rock Crystal Boy and Girl and Birds
5. Spotted White Corn for vegetation symbols
6. White Wind, Spotted Wind gave life to this mountain 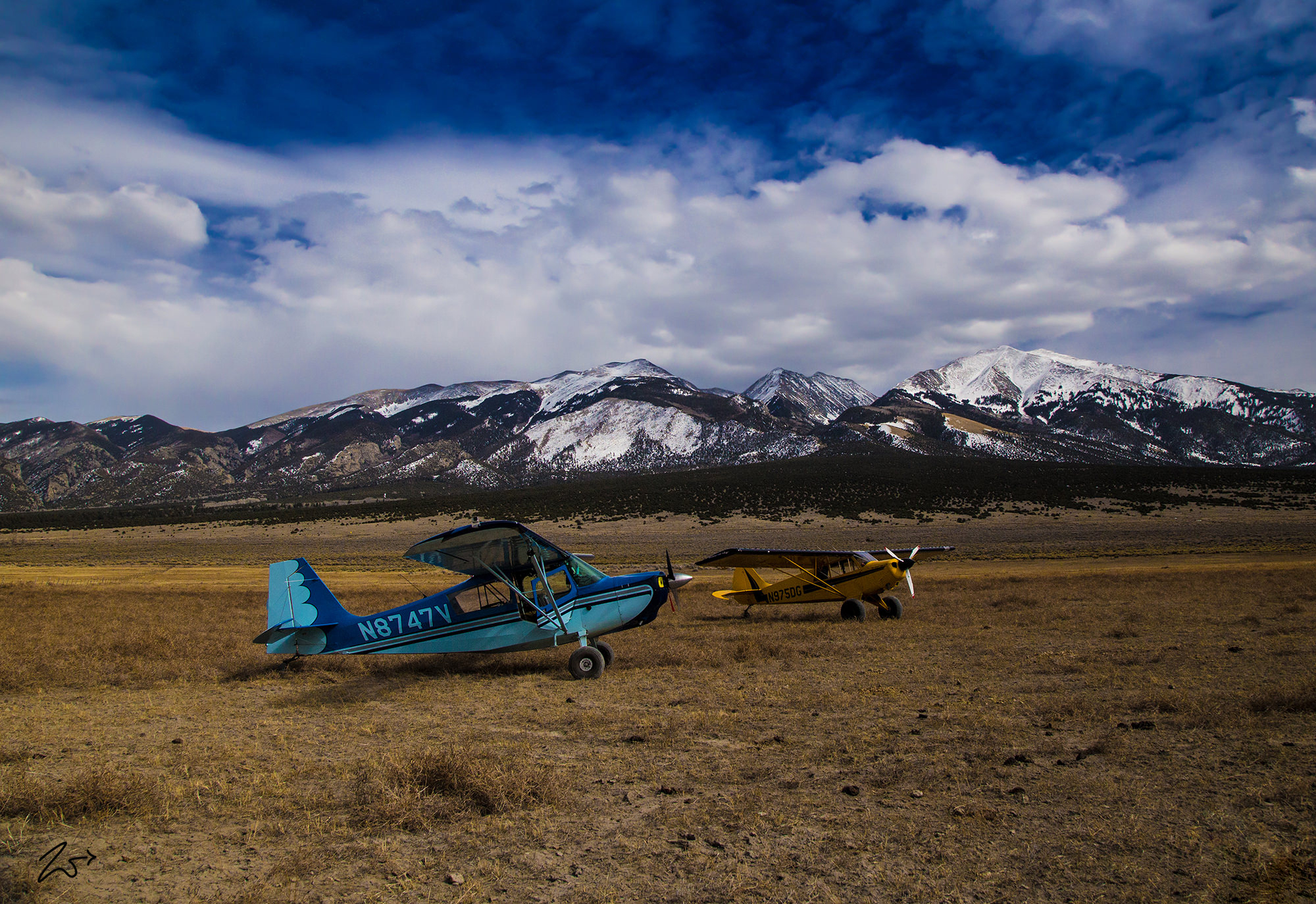 Do you see the shape of the Buffalo Bear on the mountain? The Buffalo is facing north into the wind and the bear is facing south looking down at the yellow bush plane.  Can you see it?