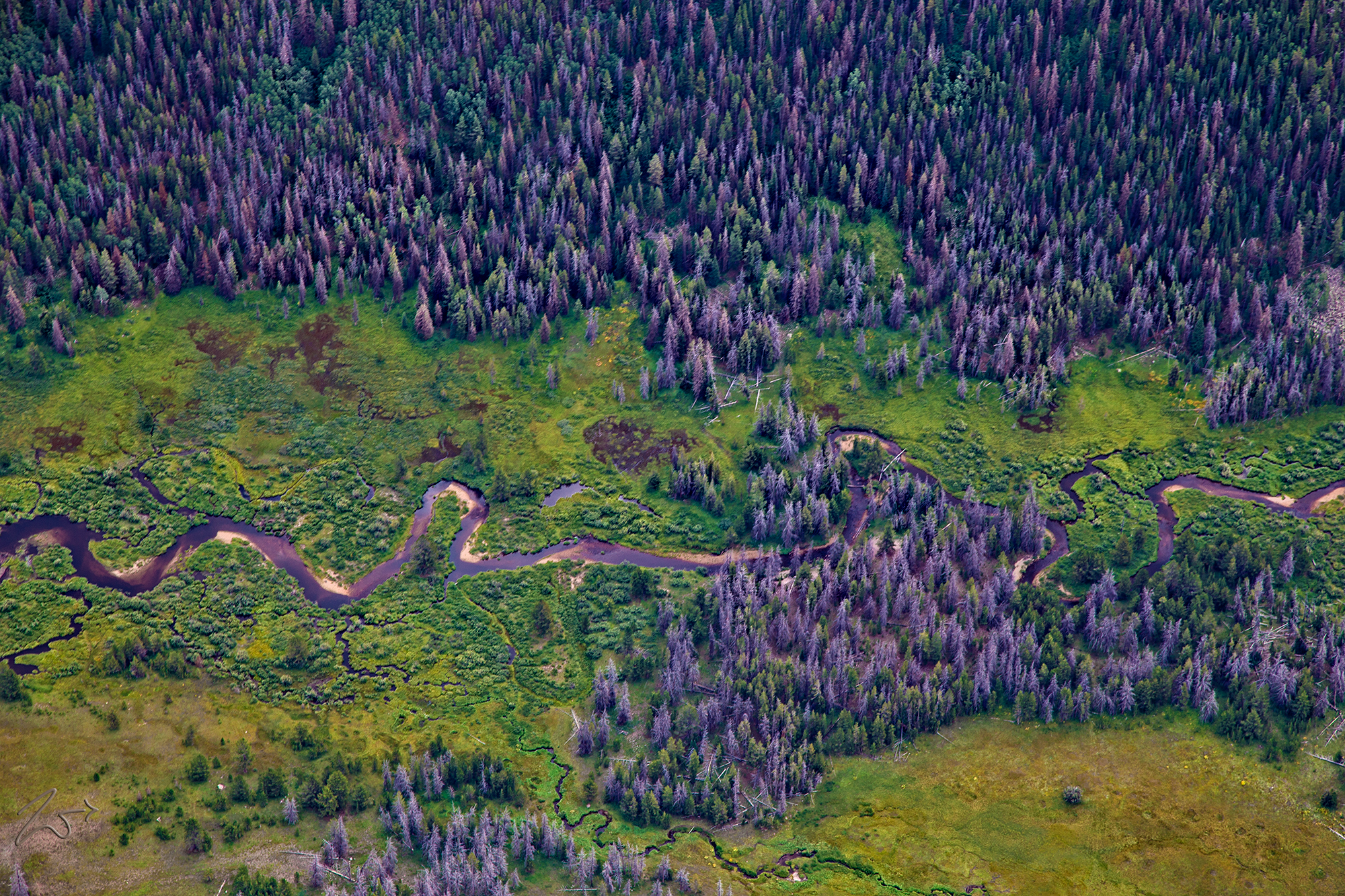 The Stillwater Fork of the Bear River flows peacefully through the beautiful Christmas Meadows on a fall afternoon in the Uinta Mountains of northeastern Utah. A stunningly magical valley located 8,800 feet (2682.24 meters) high in the Uinta Wilderness area of the Wasatch National Forest, this area was once the hunting grounds and summer campsite of the First Nations Shoshone People.

The Stillwater Fork River drains from multiple headwaters; Amethyst Lake in the Amethyst Basin feeds the river via the Ostler Fork, while to the west on the other side of the ridge leading to Ostler Peak there are three sources. The first is Ryder Lake which along with McPheters Lake are located on the south side of Hayden Peak while the third is Kermsah Lake on the North Side of Hayden Peak. All three of these lay high up in the West Basin area of the Uintas Wilderness.

This peaceful valley sits in a beautiful narrow basin which is ringed by numerous peaks such as A-1 Peak to the west and Lamotte Peak to the East and Ostler Peak to the south.

Zedekiah: I lensed this tranquil image of Christmas Meadows early in the afternoon during the fall while exploring the wilderness area of the Uinta Mountains from The Grand Escalante National Monument all the way up to Wyoming. The way the river reflected the purple clouds above the purple and green forest was amazing.

It is now understood that countless generations of Native Americans have found physical and spiritual nourishment in the rugged landscape of what is now the Wasatch National Forest. Near the end of the last Ice Age, those original inhabitants discovered and fashioned unique methods that allowed them to survive in this often harsh and unforgiving environment.

The forest provided the plants and animals for hunter-gatherers; mountain streams irrigated their small crops of maize. Even today contemporary groups such as the Northwest Shoshone, Goshute, Ute, and Eastern Shoshone maintain important cultural and spiritual ties to this magical forest.