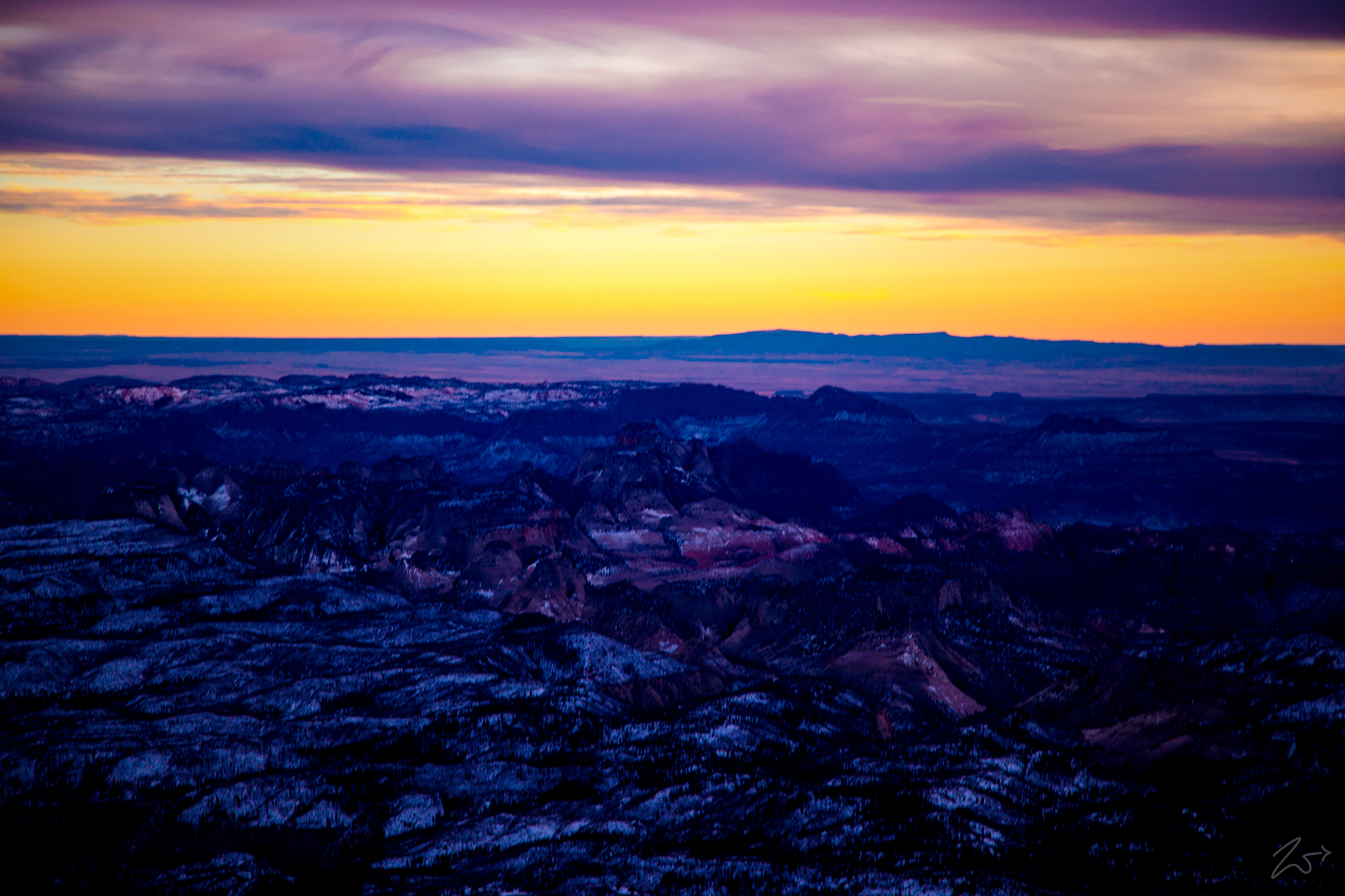 The advantages of flying over wilderness areas are the unique views of natural phenomena that can be seen from this special zone in the sky. While flying and filming in the northwest area of Zion late one winter evening there occurred such an incidence. The sun had set about 15 minutes prior. In the distance, amber hues of sunset hugged the horizon bathing the distant stratosphere with a warm golden radiance.

What drew attention was the purple and magenta glow on the bottom of the clouds (in the immediate upper foreground of the image above). This glow was from the vibrant colors of the rock formations of Zion, reflecting upwards. Note the purple texture of the clouds and on the ground the prevalent tints of purple strewn across the landscape.

On the ground, magnificent layers of exposed strata, hundreds of millions of years old, were enticed by the alpenglow light conditions of the evening dusk to emit a reflective glow which cast light upwards into the sky and onto the bottom of the clouds I was flying next to. It was a remarkable sight and a really interesting experience to be up in this, to become bathed in this same glowing effect. The entire interior of my bush plane cockpit had a purplish hue. 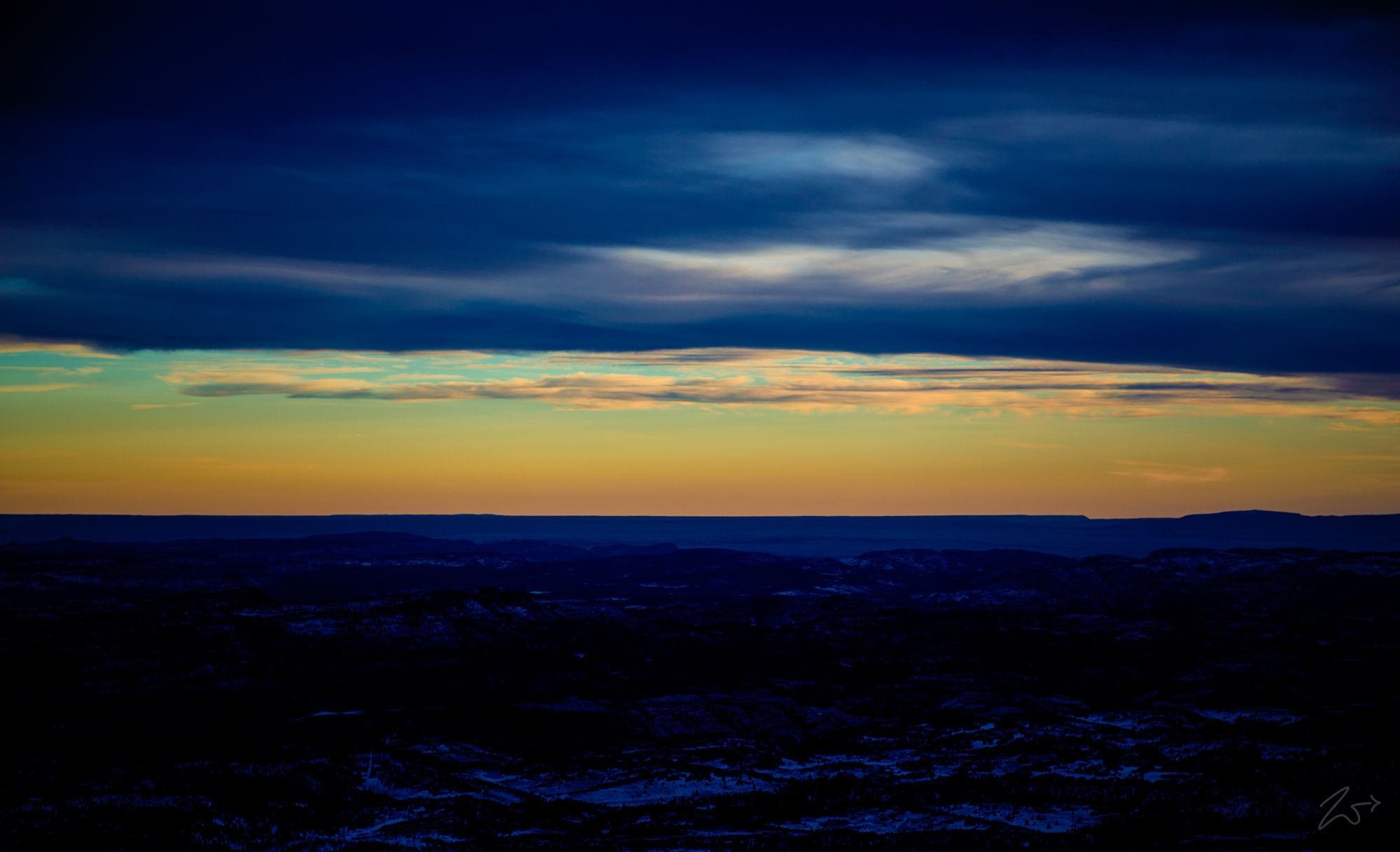 Like all atmospheric light conditions, this effect was fleeting, only lasting a few glorious minutes then the alpenglow light began to fade, turning the amber gold hues darker and changing the glow on the clouds from purple to dark blue which matched the earth tones of the ground below.

In the following photo Little Creek Mountain (in the middle foreground) and Gooseberry Mesa (directly behind it) with the Vermilion Cliffs of Zion in the distant background. And in the middle of the image on the horizon, a very bright Timber Top Mountain rises above the surrounding mountains atop Kolob Terrace. Even this long after sunset the ambient light is enough to coax a reflective glow from the vibrantly colored Vermilion Cliffs and surrounding formations.

Zedekiah: “As ambient light began to fade into a deeper color spectrum until the clouds became as dark as the ground and the golden glow along the horizon began to take on a darker mix of brown and burnt umber with a golden tint. It was truly beautiful. And this is why I fly in these remote wilderness areas!!” 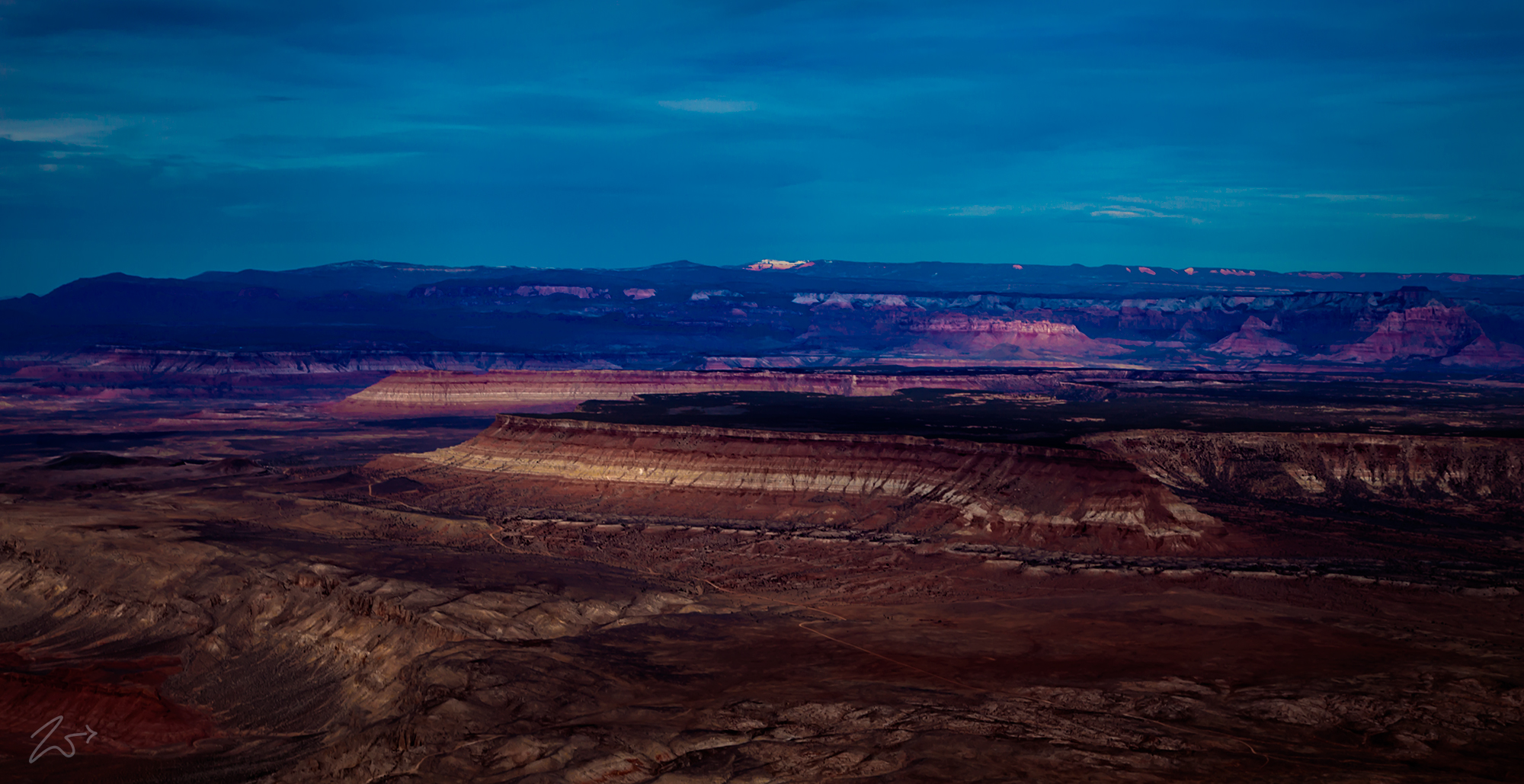