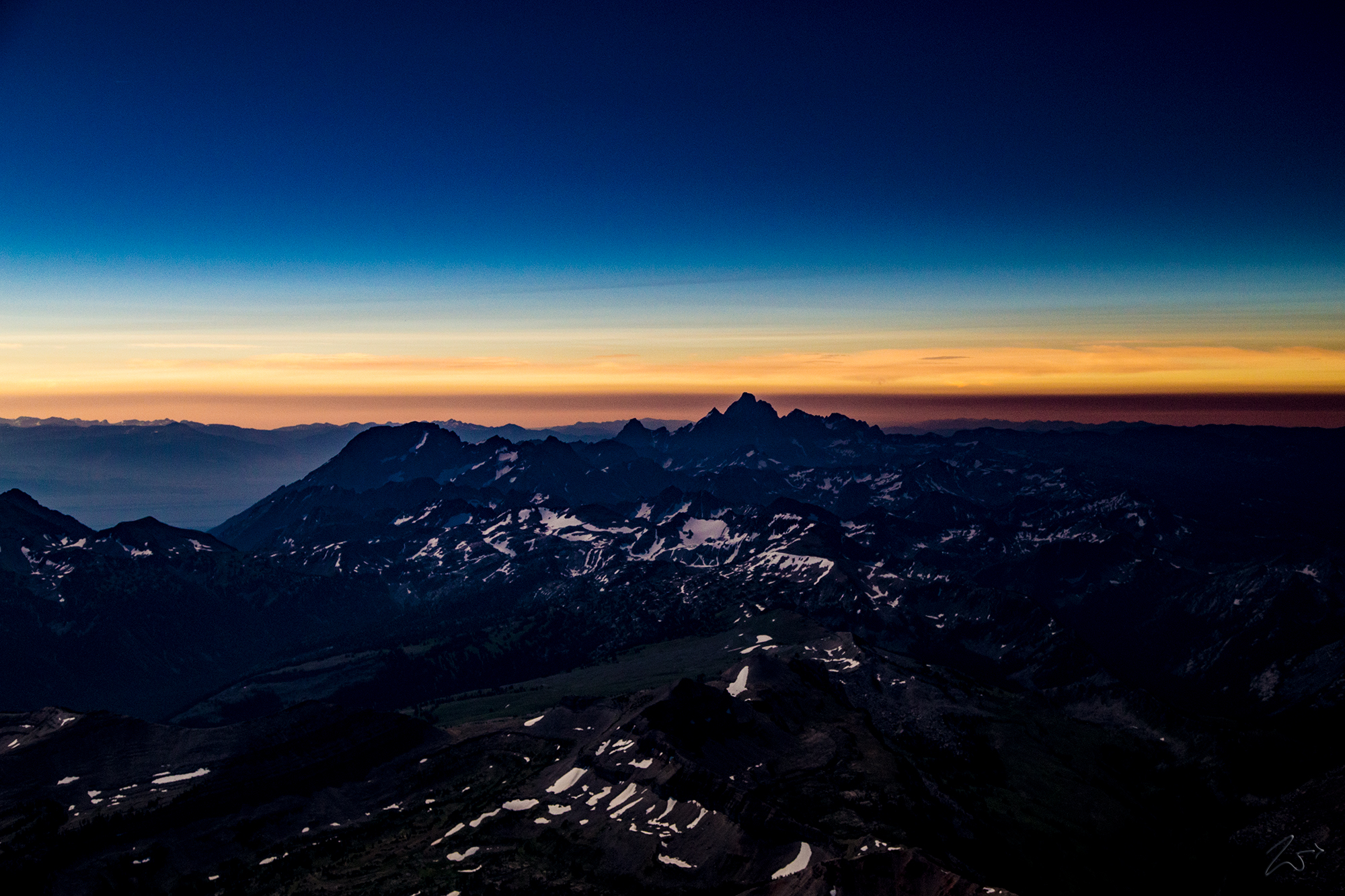 Flying on the northwestern side of the Grand Tetons during the solar eclipse in 2017 (called the “Great American Eclipse”), I lensed this sequence of images showing the mountainous silhouette of the mountains which were located in the very middle of the path that the umbra (or moons shadow) passed across. In the above image, the penumbra, or outlying shadowed area on the edges of the umbra, are rapidly approaching from the west, seen here on the right side of the image. The darkness covers the west while, under the outlying moving shadow, there is still enough light to see in the left side of the image, to the east of the mountains.

Zedekiah: “The atmospheric conditions created by the smoke from numerous forest fires across the west glows on the outer edges of the penumbra in the distance. It is a dark and moody scene created by an astronomical event, captured from a bush plane flying through the event as it passes over the earth at 1,800 miles per hour… passing me by in mere seconds. While I too am passing over the earth in my bush plane, albeit much slower!.”

In this second image below, we are at the full zenith, directly centered under the moon’s shadow, creating what is called a “Maximum Eclipse Totality”. Lasting only a short time, this was eerie translucent darkness that you could clearly see-through. 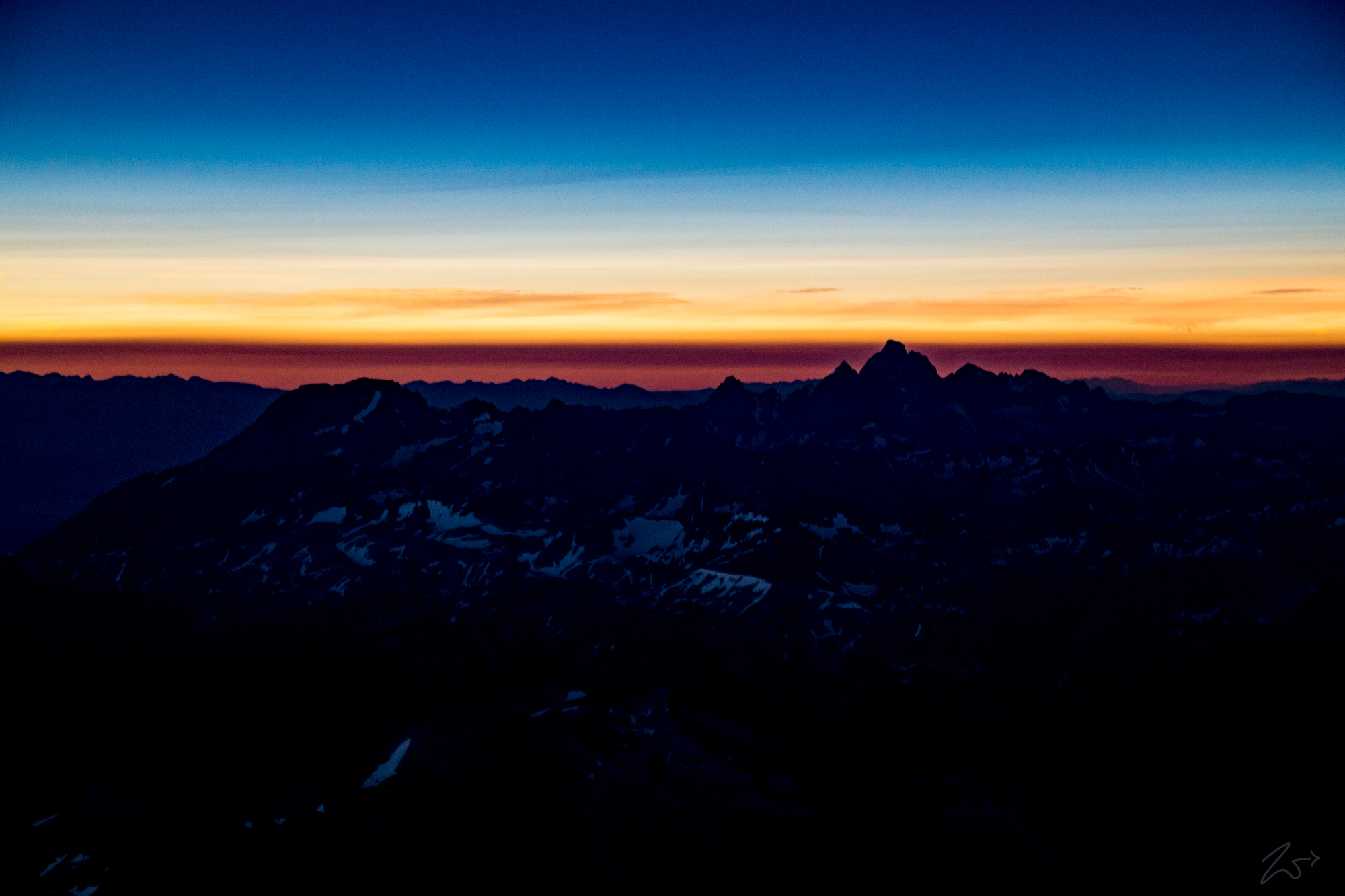 This the image below, the penumbra is now trailing the umbra towards the east as the moon continues its path across the sun. This entire sequence only lasted a few seconds and as the shadow quickly moved to the east, light began to lift the darkness, and shapes began to clearly appear across the landscape. 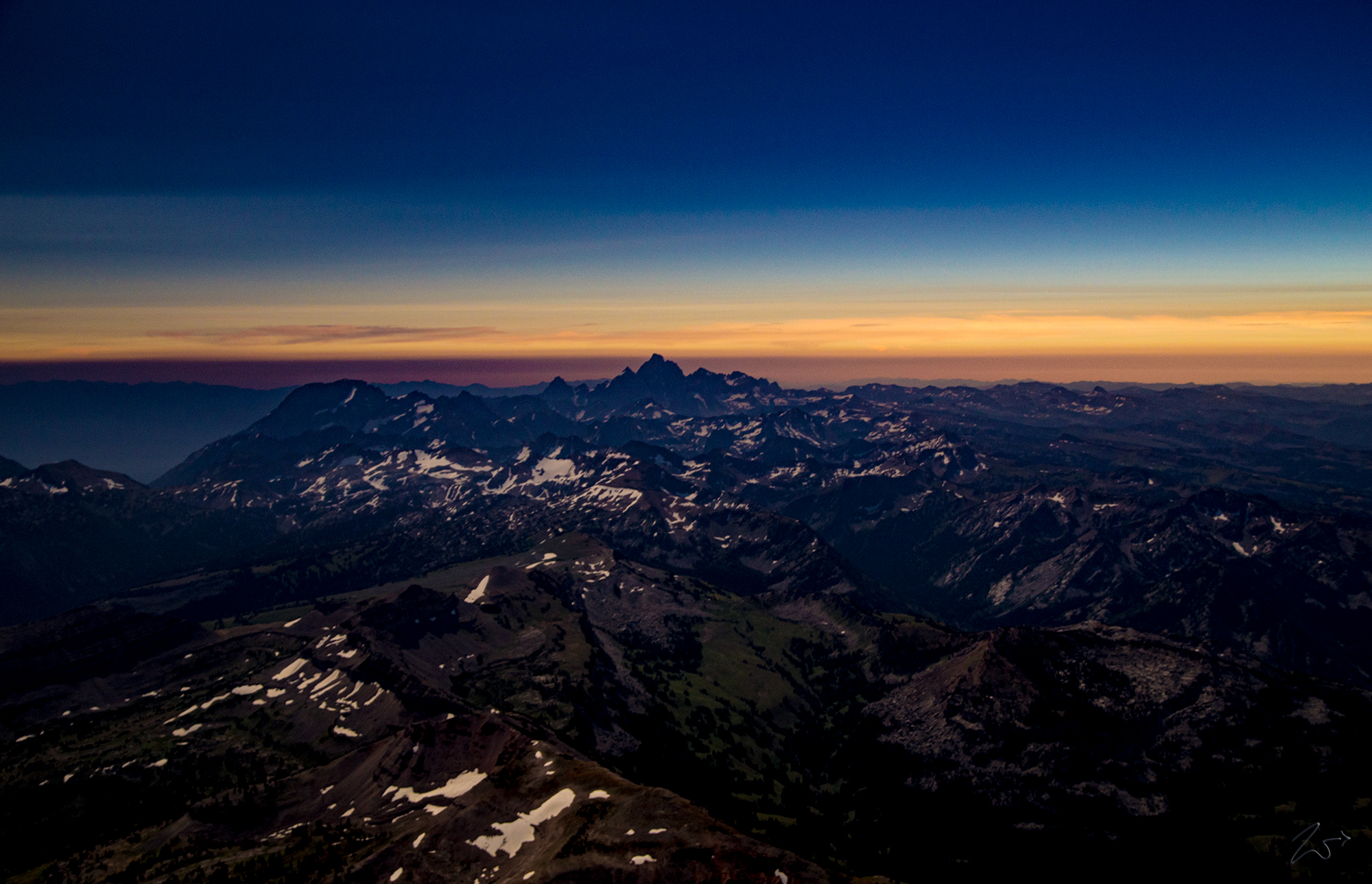