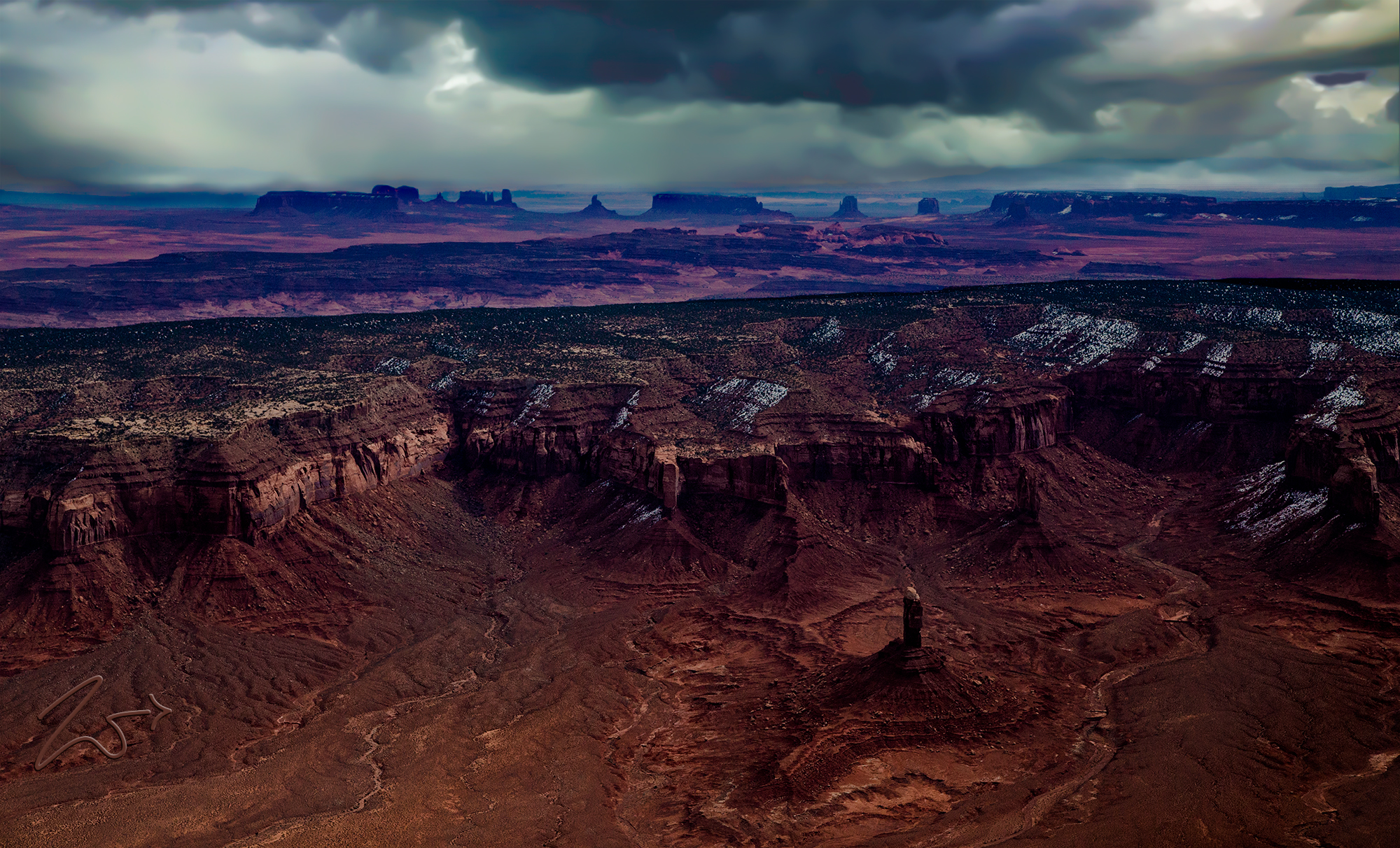 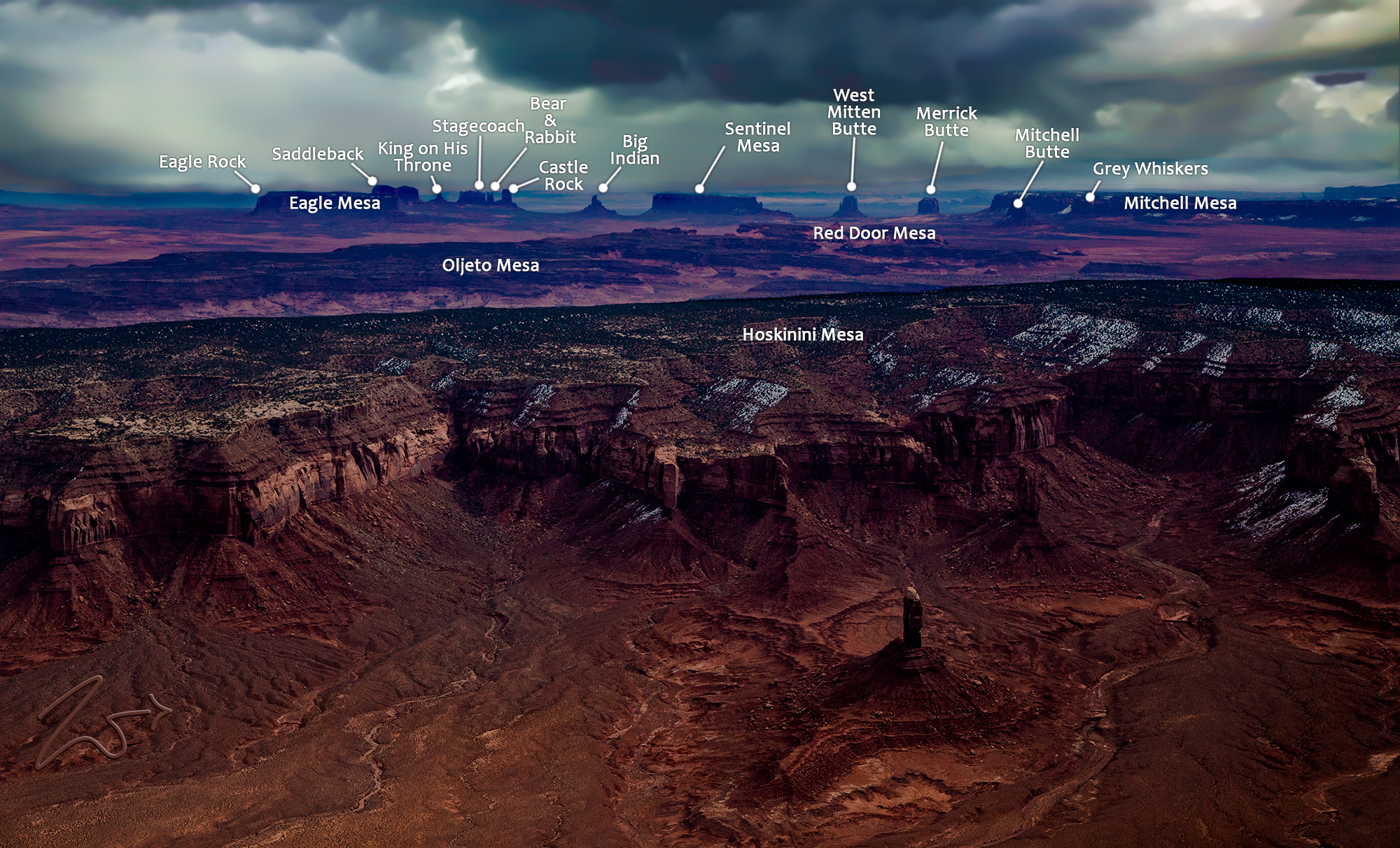 In this image lensed late in the afternoon while flying and skirting around a storm in the Four Corners area in Utah along the Arizona border, the mysterious and otherworldly landscape of Monument Valley glows with a purple hue under the dark clouds of an Autumn rainstorm. In the foreground is Hoskinnini Mesa with a lone towering Hoodoo formation standing strong against the elements at the bottom of this image.

To the right of the Hoodoo is Copper Creek and in the background under a low lying cloud layer is the mystical and spiritually inspiring Monument Valley, (“Tsé Biiʼ Ndzisgaii”, for “valley of the rocks“). This ancient landscape is located on the First Nations Diné (Navajo) Tribal Reservation a short distance northwest of Monument Valley near Kayenta.

Hoskinnini Mesa was named after the much-respected First Nations Diné leader, Hashké neiní, who was born close by in the Monument Valley area. Hashké neiní (Diné for” The Angry One” ) was renowned for his resistance to being forcibly removed during the unfortunate events of 1864 when Kit Carson begin a campaign now referred to as the “Long Walk”. Union Army soldiers removed the Diné from their traditional ancestral homelands in the Four Corners Region and made them walk over 300 miles to a new reservation established in eastern New Mexico known as Bosque Redondo.

Hashké neiní and his band evaded capture and lived for four years in the Navajo Mountain region in Utah. He eventually became known as the “Emperor” of Monument Valley because while in hiding, Hashké neiní discovered a large silver mine. This discovery helped him and his family to become wealthy when they started making ornaments out of the silver from the mine. Allegedly he was the very first Diné Tribesman to own a turquoise necklace.

In 1868 after the Diné were finally released and allowed to return to their ancestral homelands, Hashké neiní became known for his generosity to those who had survived their internment at Bosque Redondo. He died in 1912 in Monument Valley.

Zedekiah: “I see this image of Hoskinnini Mesa is made even more interesting because of that lonely Hoodoo tower in the lower part of the picture. I think of it as a beautiful symbol of Hashké neiní, standing strong and proud, surviving through strength, shaped by the elements but enduring the trials of time.”