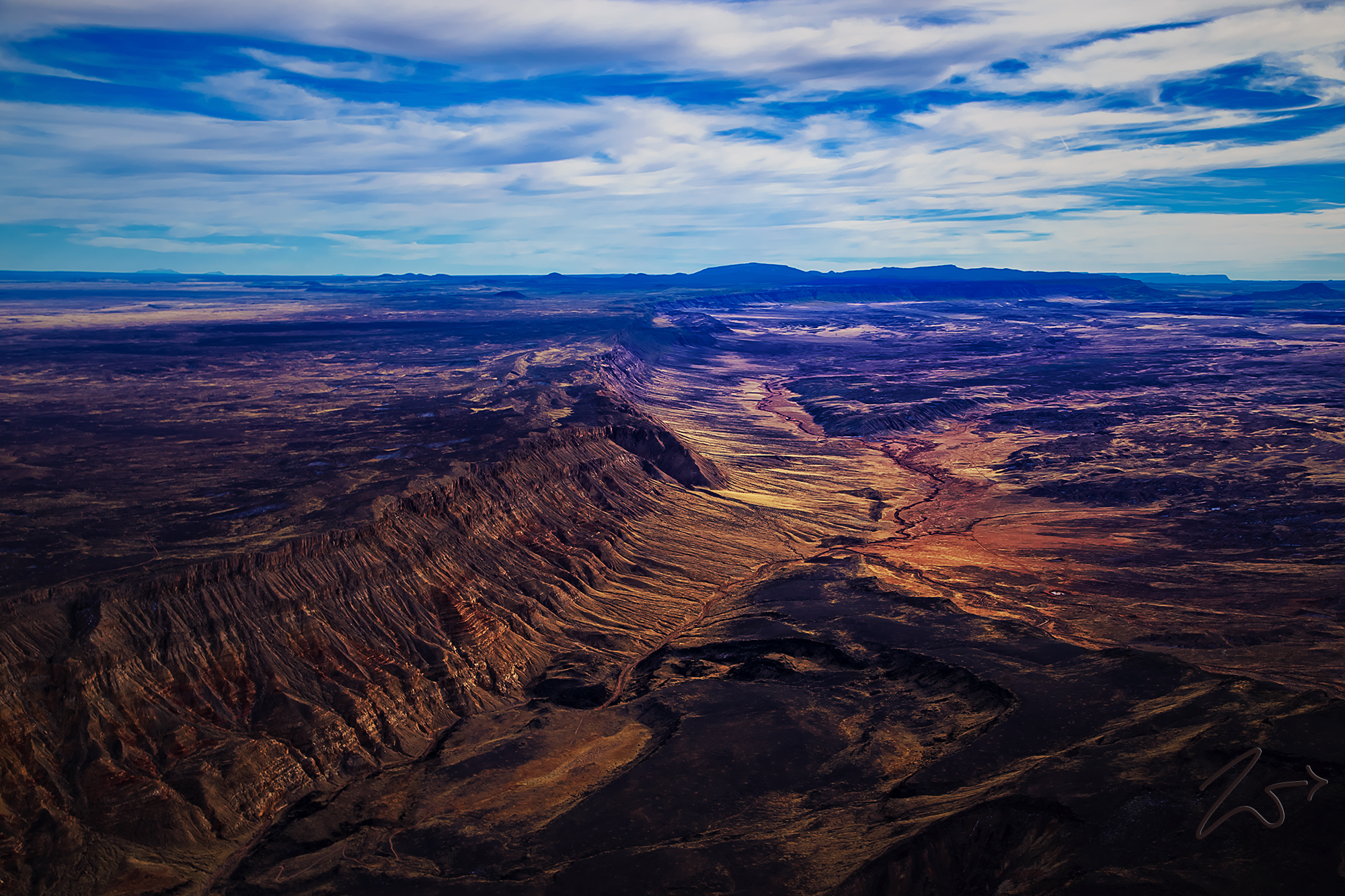 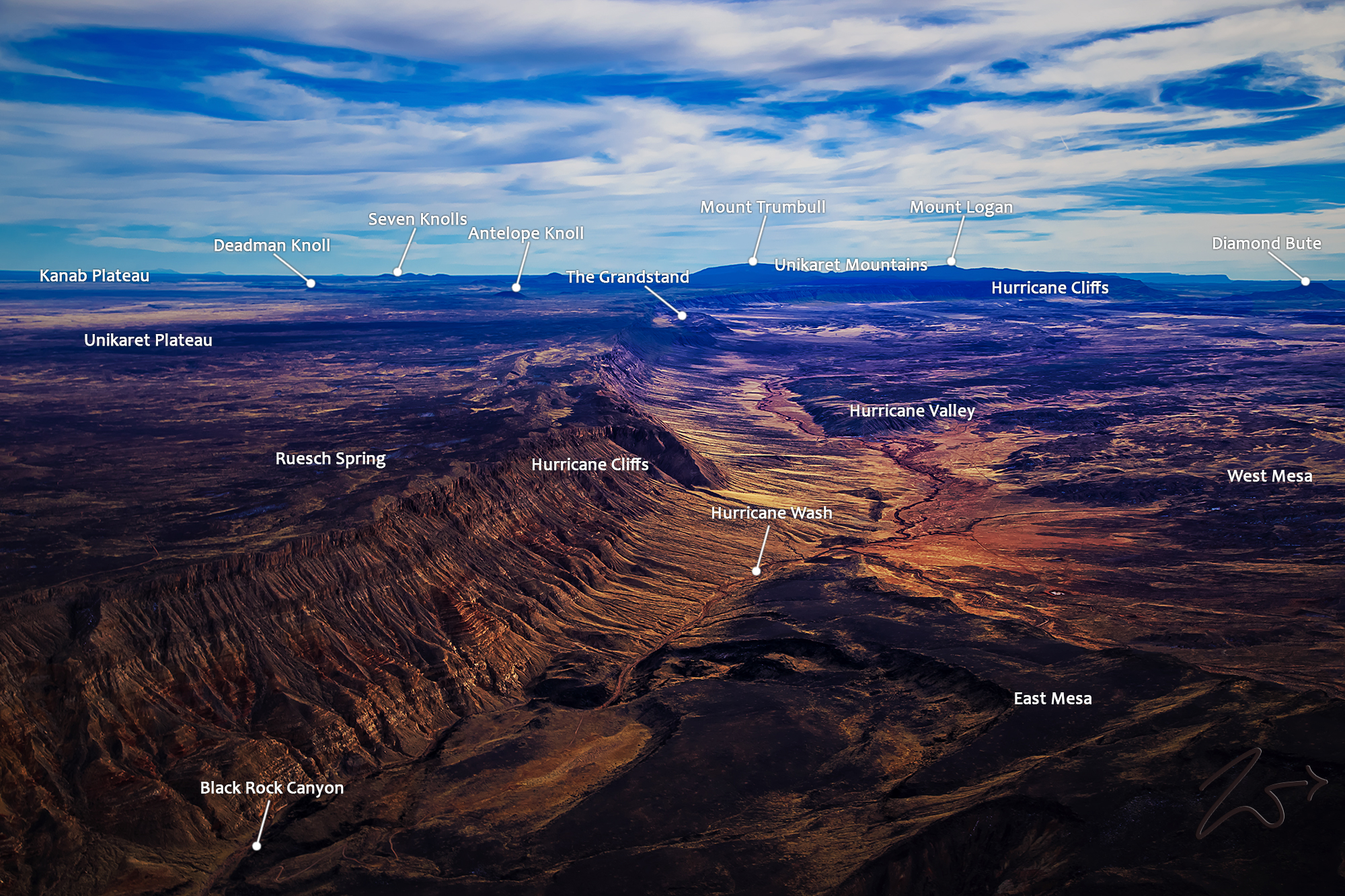 Hurricane Cliffs tower above Hurricane Wash in this late springtime image lensed in the late evening alpenglow light while flying and exploring the wilderness area south of Zion National Park. This image series gives a different perspective when seen from different angles place during different times of the year.

In the distance are the Unikaret Mountains on the north side of the Grand Canyon National Park. On the left side of the ridge are 2 small volcanic mounds sitting just below the horizon. These are Maryland Knoll and Antelope Knoll and they are part of the Uinkaret volcanic field that extends from the Toroweap fault in Toroweap Valley and Vulcans Throne and the Hurricane faults.

The Uinkaret volcanic field contains at least 213 volcanic cones and associated basaltic lava flows. Volcanic activity has been sporadic somewhat; The first volcanic eruptions began approximately 3.6 million years ago then again at the end of the initial eruptive period, activity in the region was relatively quiet for approximately 2.6 million years. Around 600,000 years ago prolific eruptive activity occurred for at least 100,000 years then continued less intensely until about 1,000 years ago.

In this image below Antelope Knoll, an ancient cinder cone volcano rises above Hurricane Cliffs in the Utah Desert. This image was taken in the late fall while flying below the top of the cliffs while exploring the wilderness areas south of Zion National Park. You can clearly see multiple volcanic remnants rising across the desert floor as it stretches over the horizon. 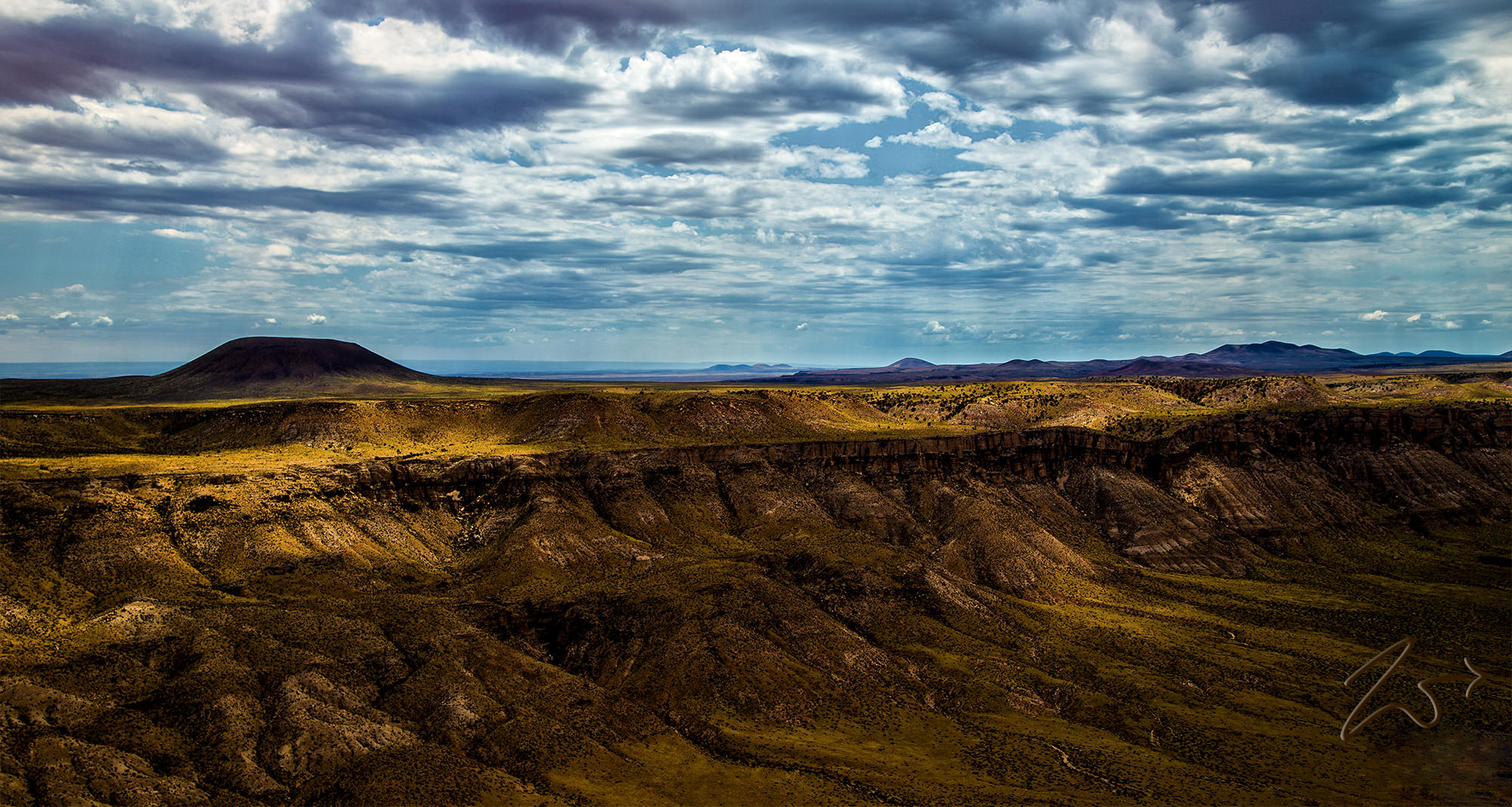 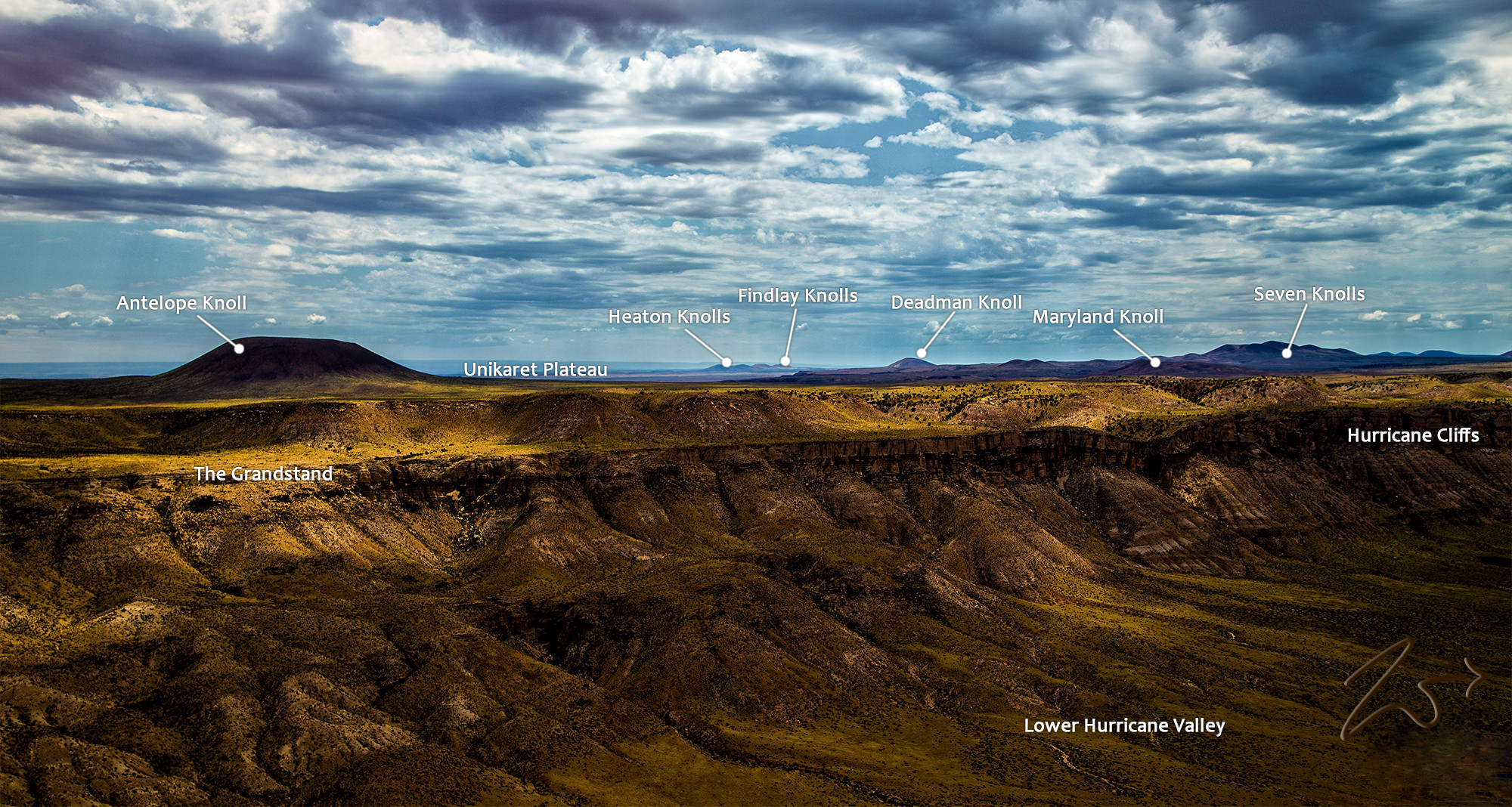 In the image below the same 2 ancient cinder cone volcanos rise above the high desert of Black Rock, located on the Unikaret Plateau in southern Utah. The one on the left is known as Maryland Knoll and the one to the right is Antelope Knoll. The wilderness of the Uinkaret volcanic field in mid-spring comes alive after the spring rains awaken life! 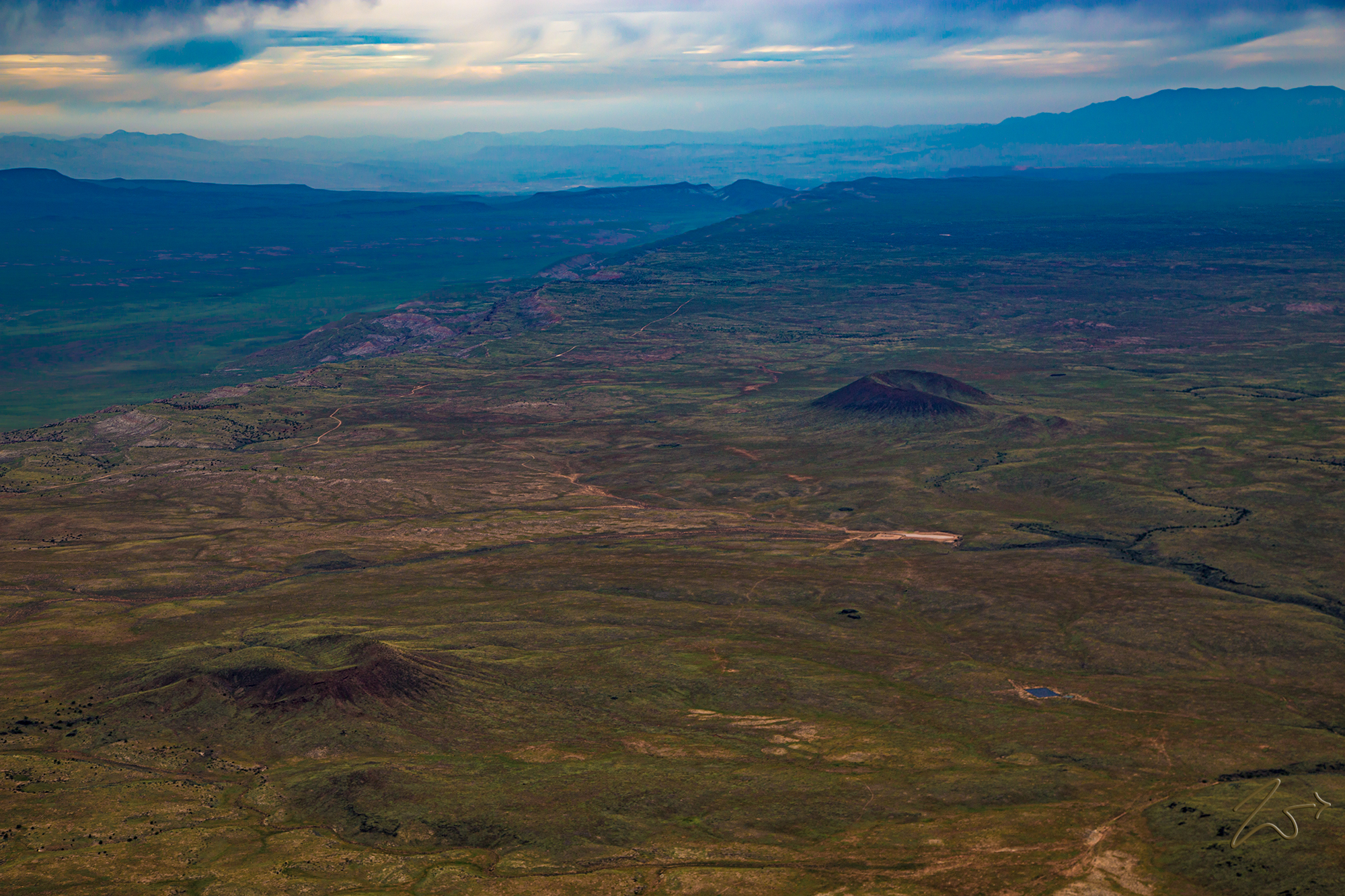 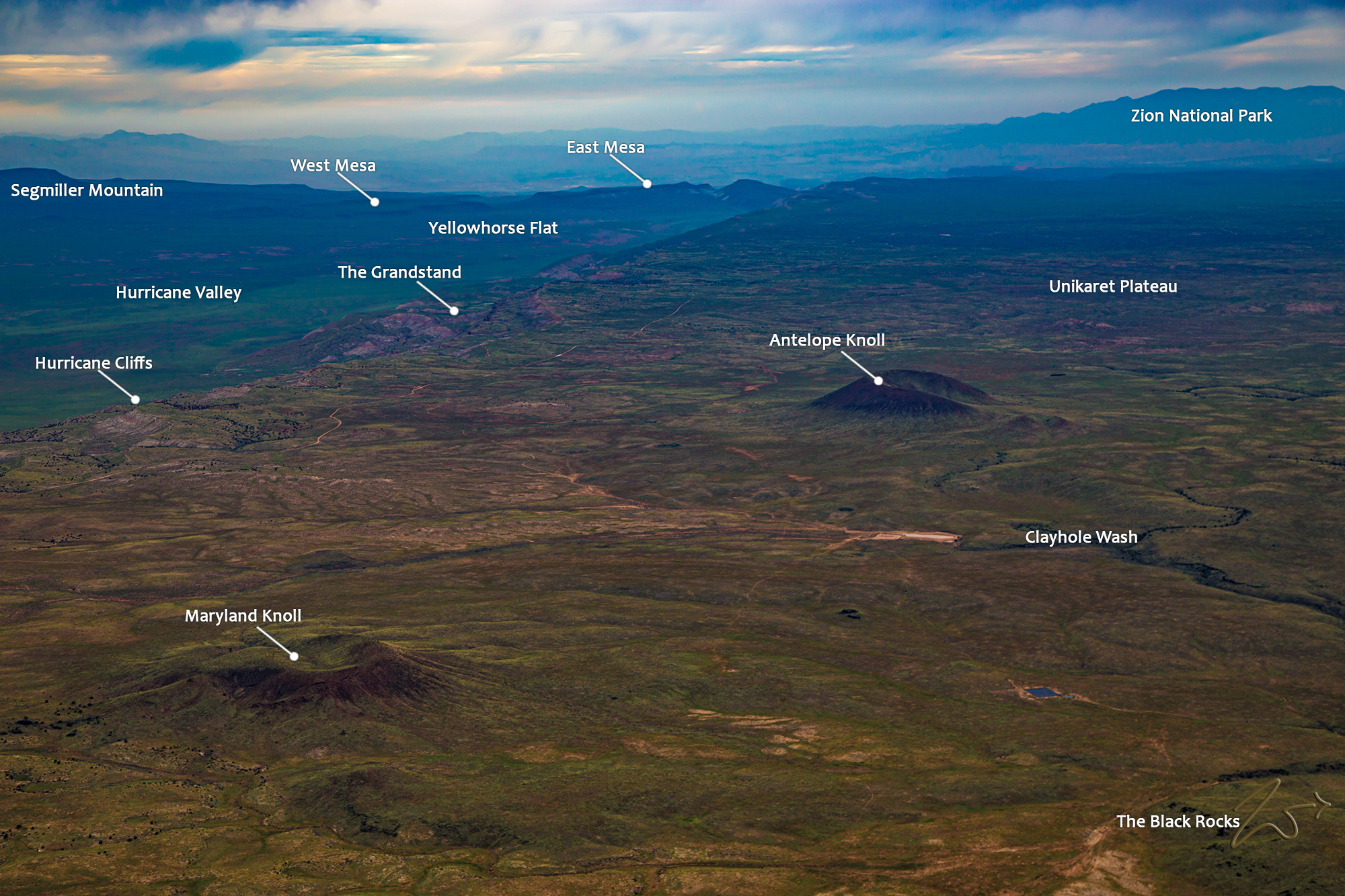