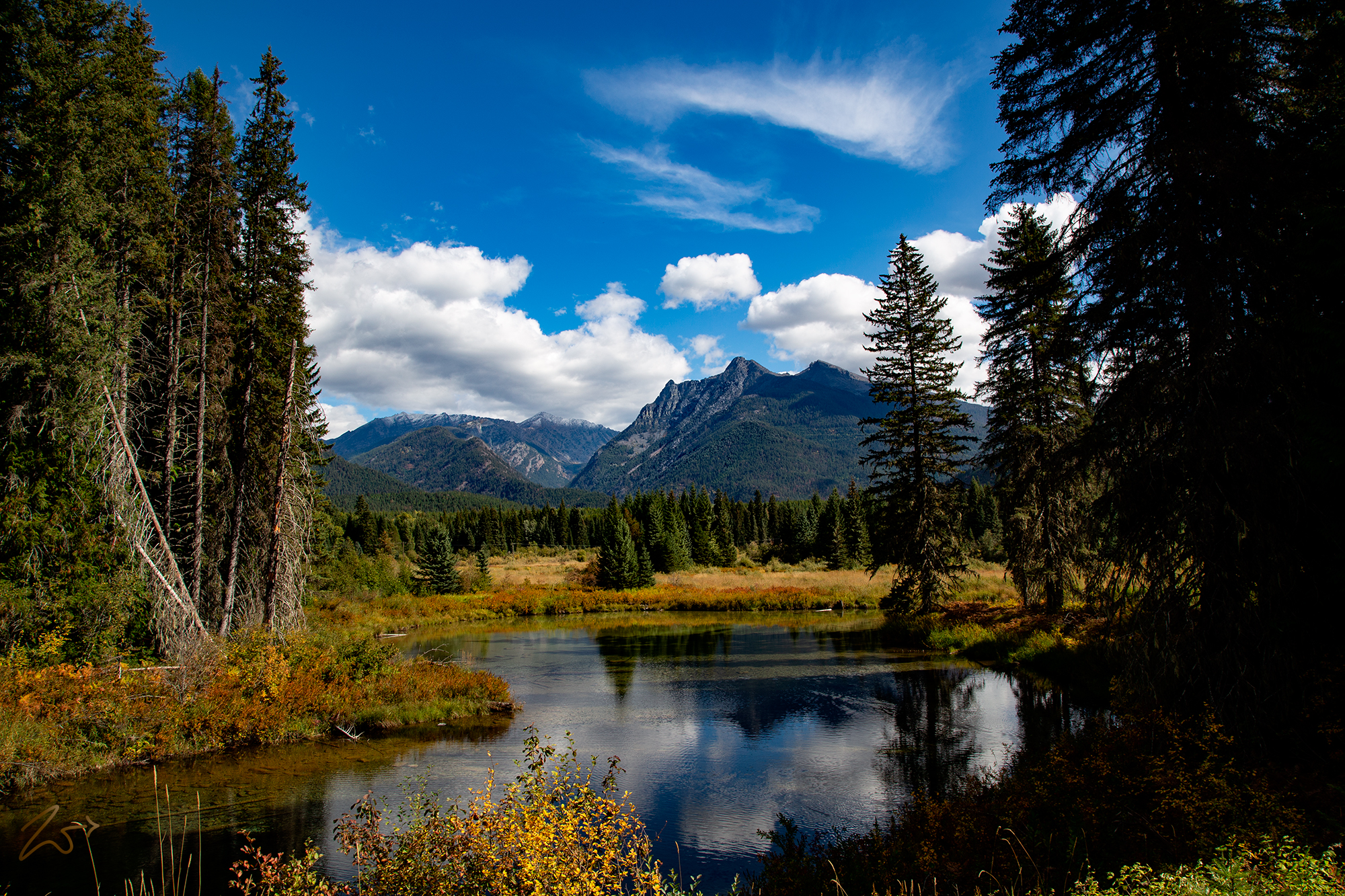 These are 3 seasonal scenes from a quintessential viewing spot along Mt-56. Also known as the Kootenai Trail or Bull River Road, this scene is one of the most photographed in the entire Cabinet Mountains area. In the scene above, the Bull River in the foreground slowly meanders south towards the Clark Fork some 12 miles away. This is late summer and the grasses and other flora are beginning slowly turn to fall colors.

Ibex Peak is in the middle along the mountains on the horizon, to its left is Little Ibex Peak and to its right is Lentz Peak. Across the valley, barely under the clouds is Snowshoe Peak and the smaller mountain in front of Snowshoe Peak is Scotty Peak. 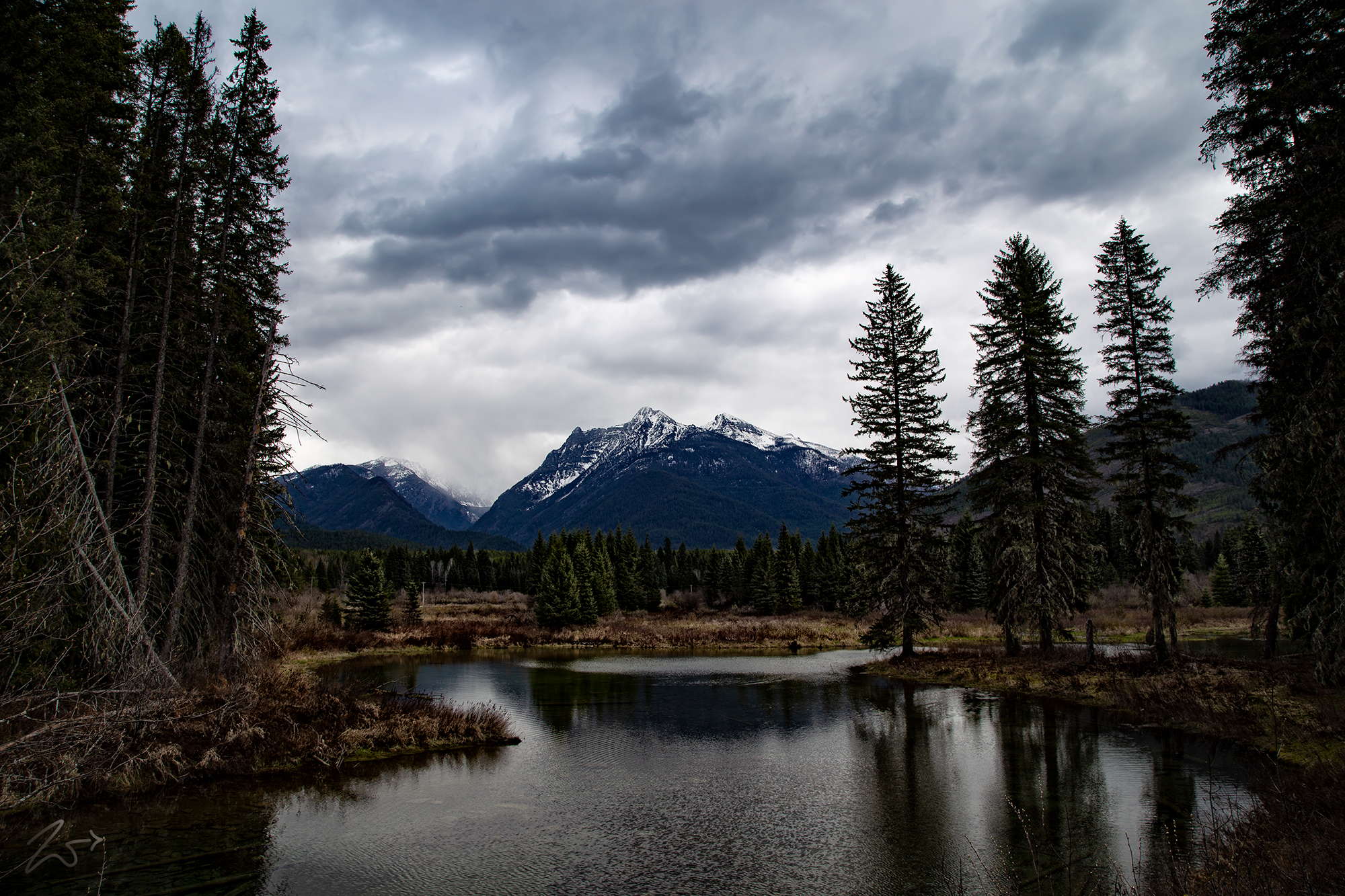 In the image above of the very same scene, the early Fall season has dropped its first snow at higher elevations across Little Ibex Peak, Ibex Peak, and Lentz Peak. Down in the lush valley below alongside the wind rippled Bull River, Autumn colors are permeating the countryside with subdued hues which contrast the darkening skies, a sign of coming winter. 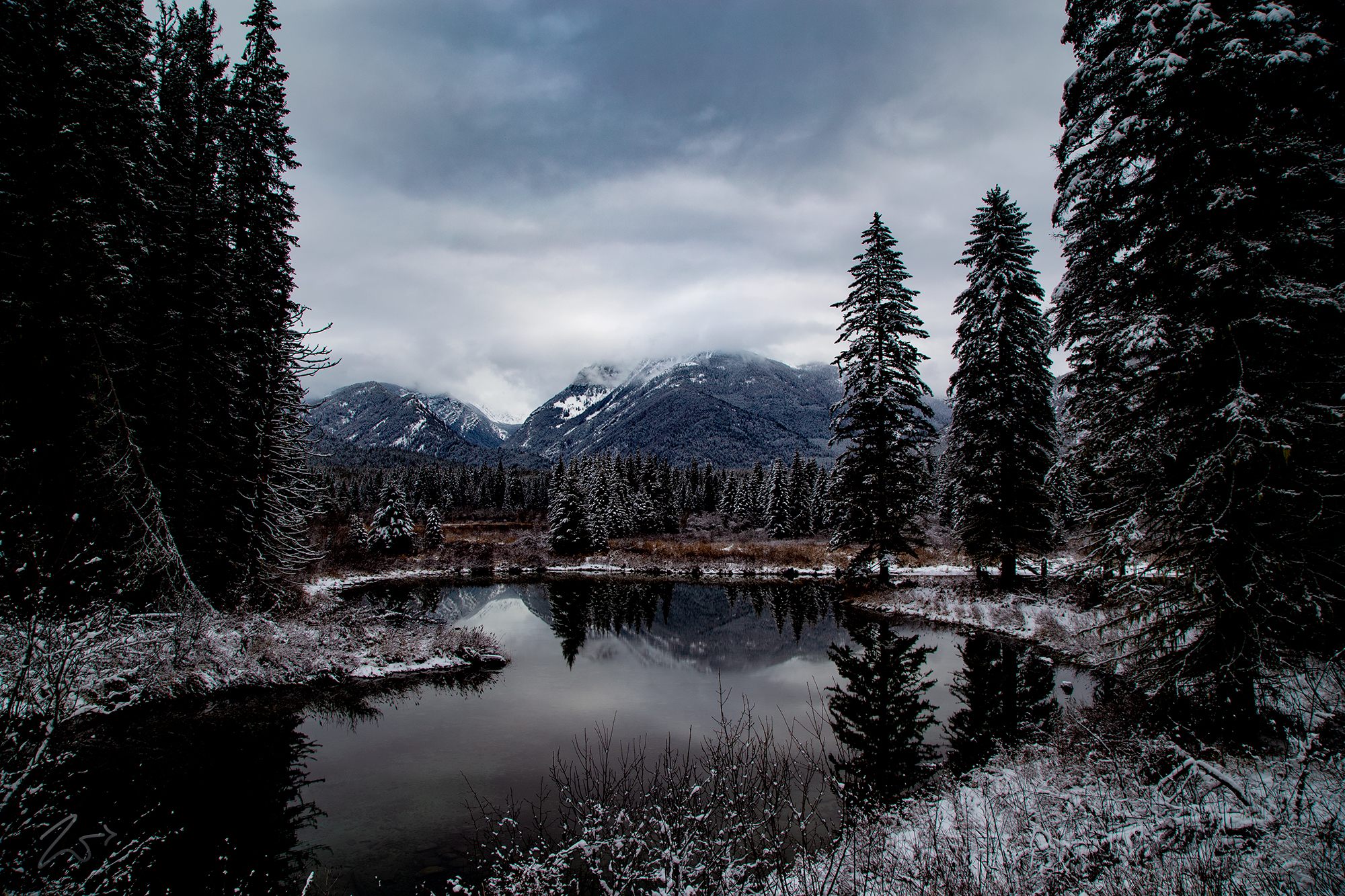 In this image of the same scene, winter is upon the Cabinet Mountains and Bull River. Snow covers all the peaks up high and the thick forest canopy shoulders a dusting of white while the river runs ever so slowly, almost frozen yet still moving its way down towards Clark Fork to the south.