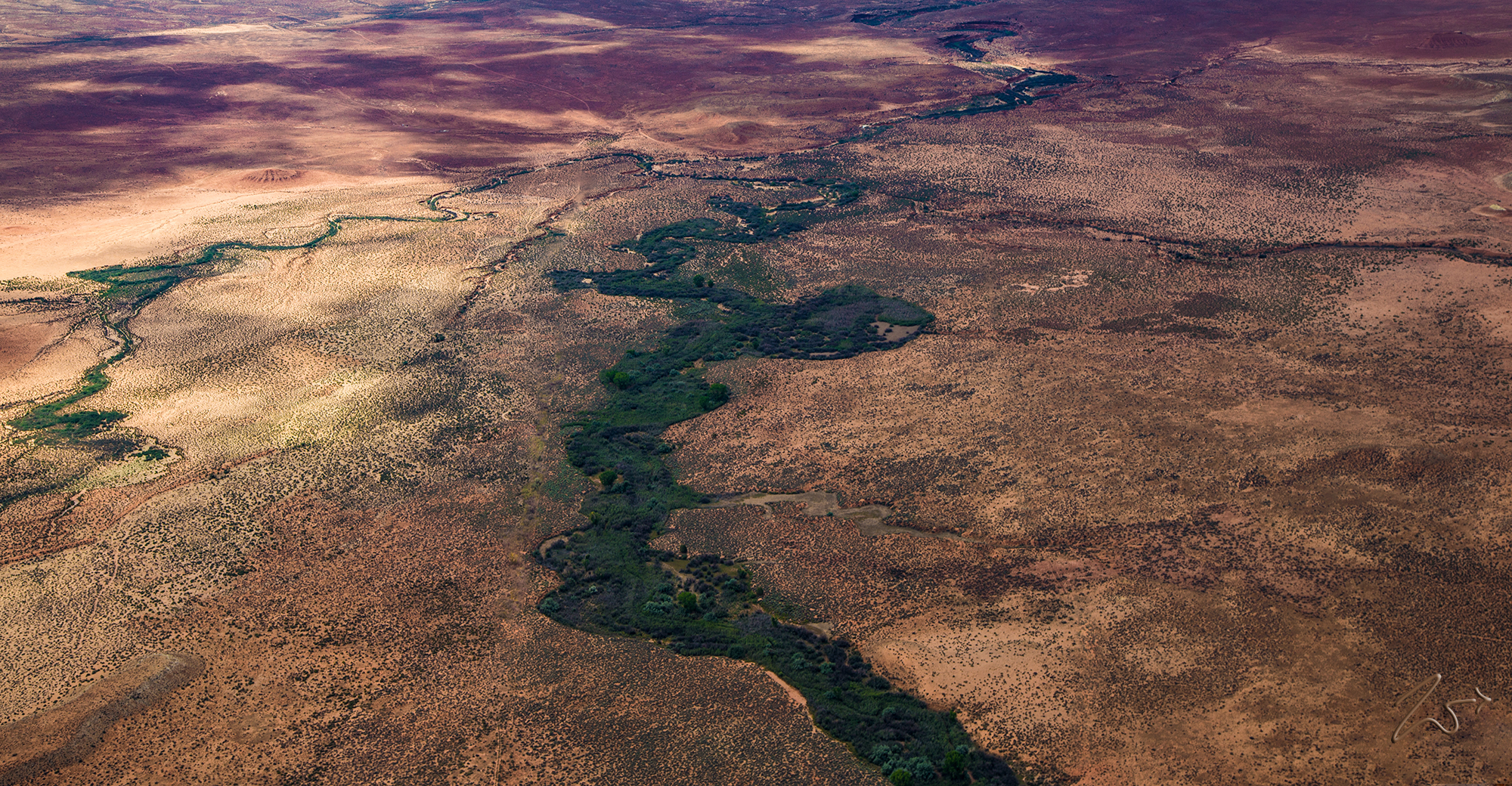 Kanab Creek is one long little creek at 125 miles (201 kilometers)  from its headwaters in Kane County, Utah.  It begins near the Great Basin as a tiny stream and runs all the way to the Colorado River. It flows past the tiny community of Kanab, Utah, crossing the border to Arizona near the even smaller town of Fredonia.

During its course southward it flows through the Kaibab Indian Reservation of the First Nations Paiute people and the Kanab Creek Wilderness, before merging into the Colorado River in the Grand Canyon National Park. The Kanab Creek Wilderness was officially designated a protected wilderness area in 1884 and it covers a total of 68, 231 acres, mostly located in Arizona near the Grand Canyon.

This is located on the border of the First Nations Kaibab – Paiute Reservation in Northern Arizona just below the border with Utah on the flatlands between the north sides of the Grand Canyon and the Escalante Grand Staircase National Monument. Running vertically up the center of the image is the Kanab Creek which runs all the way from its headwaters on the Paunsaugunt Plateau to the west of Bryce Canyon, down through the Skutumpah Terrace and the White Cliffs, and further south through the Vermilion Cliffs and alongside the town of Kanab Utah, then through the Shinarump Cliffs and the tiny city of Fredonia, Arizona.

Zedekiah: ” Sometimes flying across the vast high desert flatlands I find the occasional lush green riverbeds covered in bullrush and other plants that grow alongside the rivers, streams, and creeks. I really love how the colors around the still wet riverbeds are bright green with life compared to the drying lands surrounding them. In ancient times, the First Nations tribes depended on these small rivers as both pathways and sources for water and edible plants, plus building materials with the bullrushes and other brush that grew along the fertile riverbanks.” 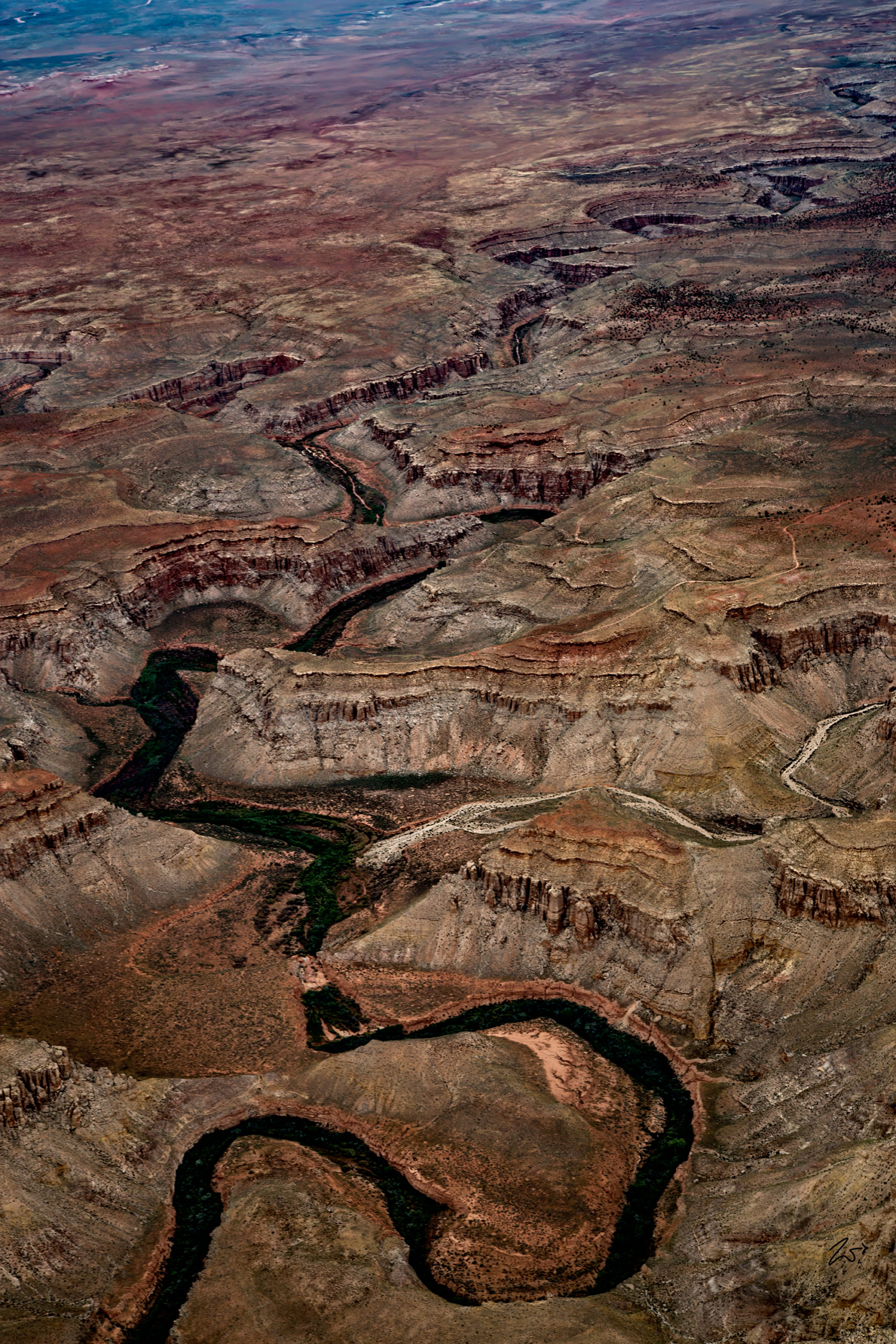 In this image, where the other small rivers come together in the top center of the image is Nagles Crossing, used to drive cattle and other critters across the Kanab Creek.

Continuing south, Kanab Creek crosses the Kaibab – Paiute Reservation onto the Kanab Plateau and begins to grow wider and cut a deeper canyon as it joins with multiple small rivers, creeks, and washes to finally reach Burnt Canyon Point. 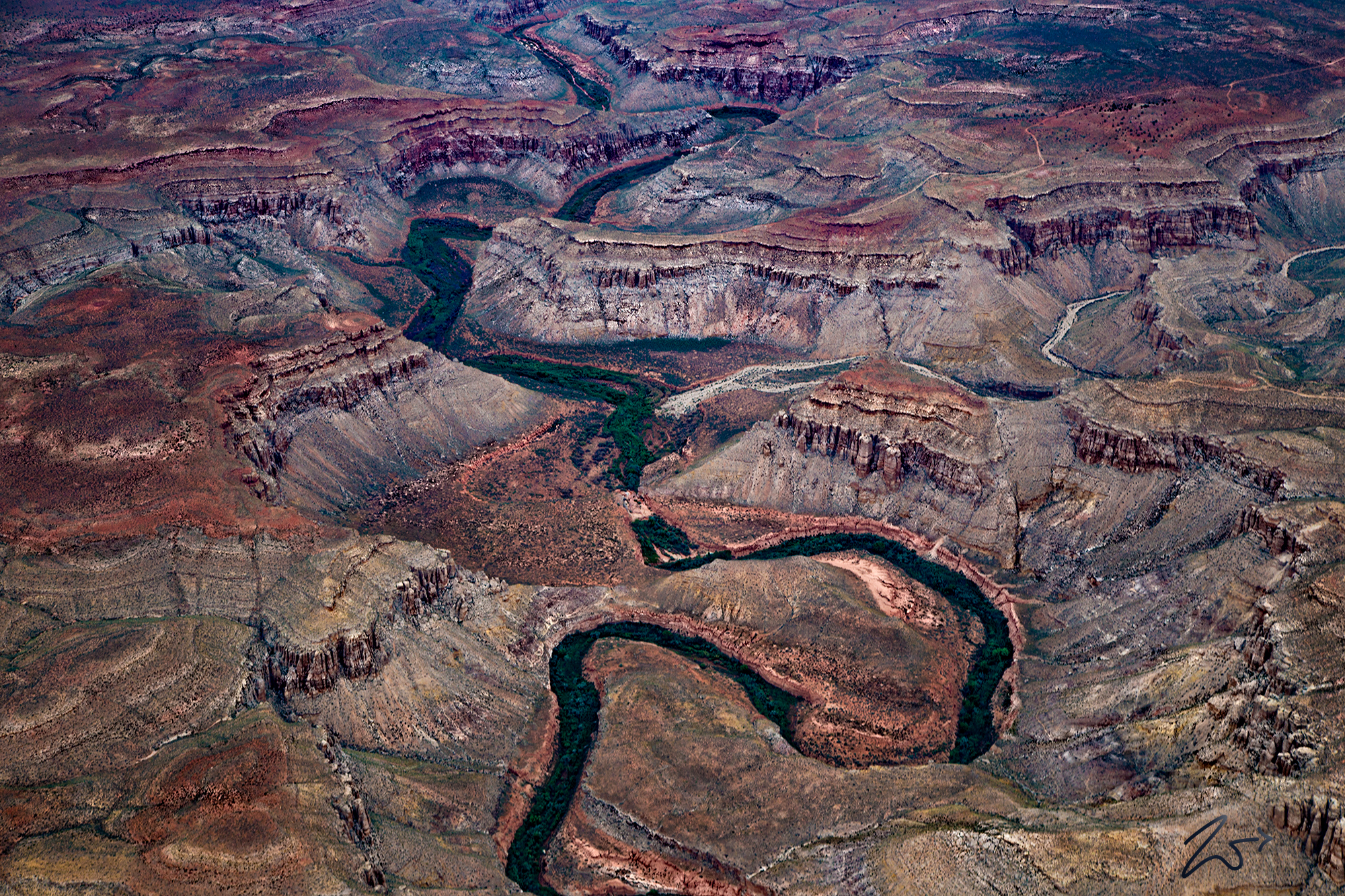 From here the river runs deeper into a much wider canyon and finally, it crosses below Gunsight Point on the east side and Bullrush Point on the west side. Here it joins the numerous deepening canyons that eventually become the Grand Canyon. At long last, it flows into the venerable Colorado River after a journey of almost 100 miles.