The Kaniksu National Forest (pronounced “Kuh-NICK-su“) is a large tract of forest wilderness that stretches across northeastern Washington, the Idaho panhandle, and northwestern Montana. It contains a total of 627,833 acres (6,587.6 km2); 55.7% is situated in Idaho, 27.9% in Montana, and 16.4% in Washington.

The name Kaniksu is from a First Nations Kalispel word which means “black robe.” It refers to the pioneering Jesuit missionaries who settled in different parts of the North Idaho and Eastern Washington area in the early 1800s.

The image below is Gunsight Peak (the small formation on the ridgeline which looks like the notch in an iron gunsight) in the Selkirk Range just to the east of Priest Lake. To its left along the ridge lay Chimney Rock and Silver Dollar Peak, and to its right is Hunt Peak. In the distance beyond the ridge are the Cabinet Mountains in the Kootenai National Forrest. 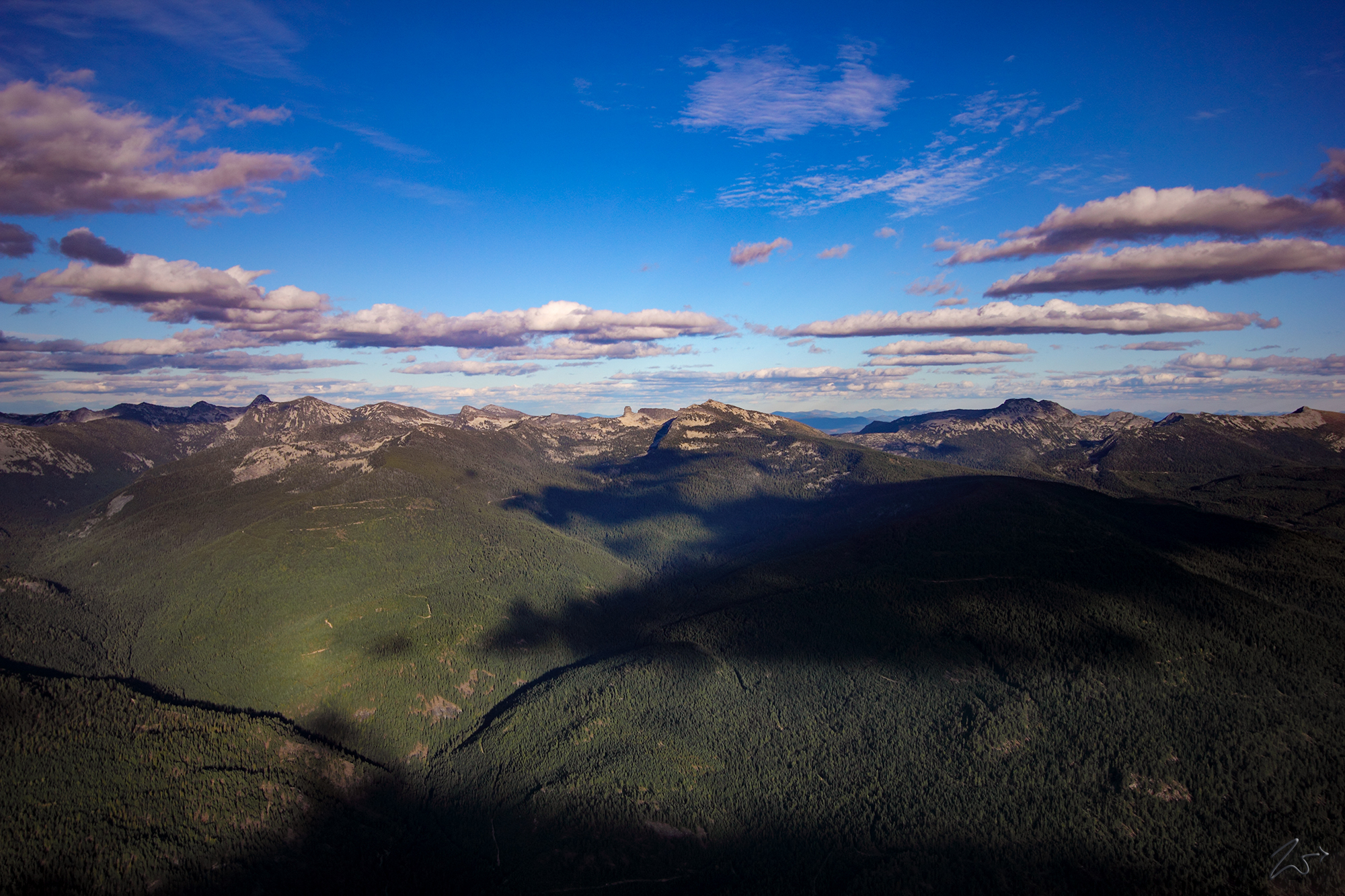 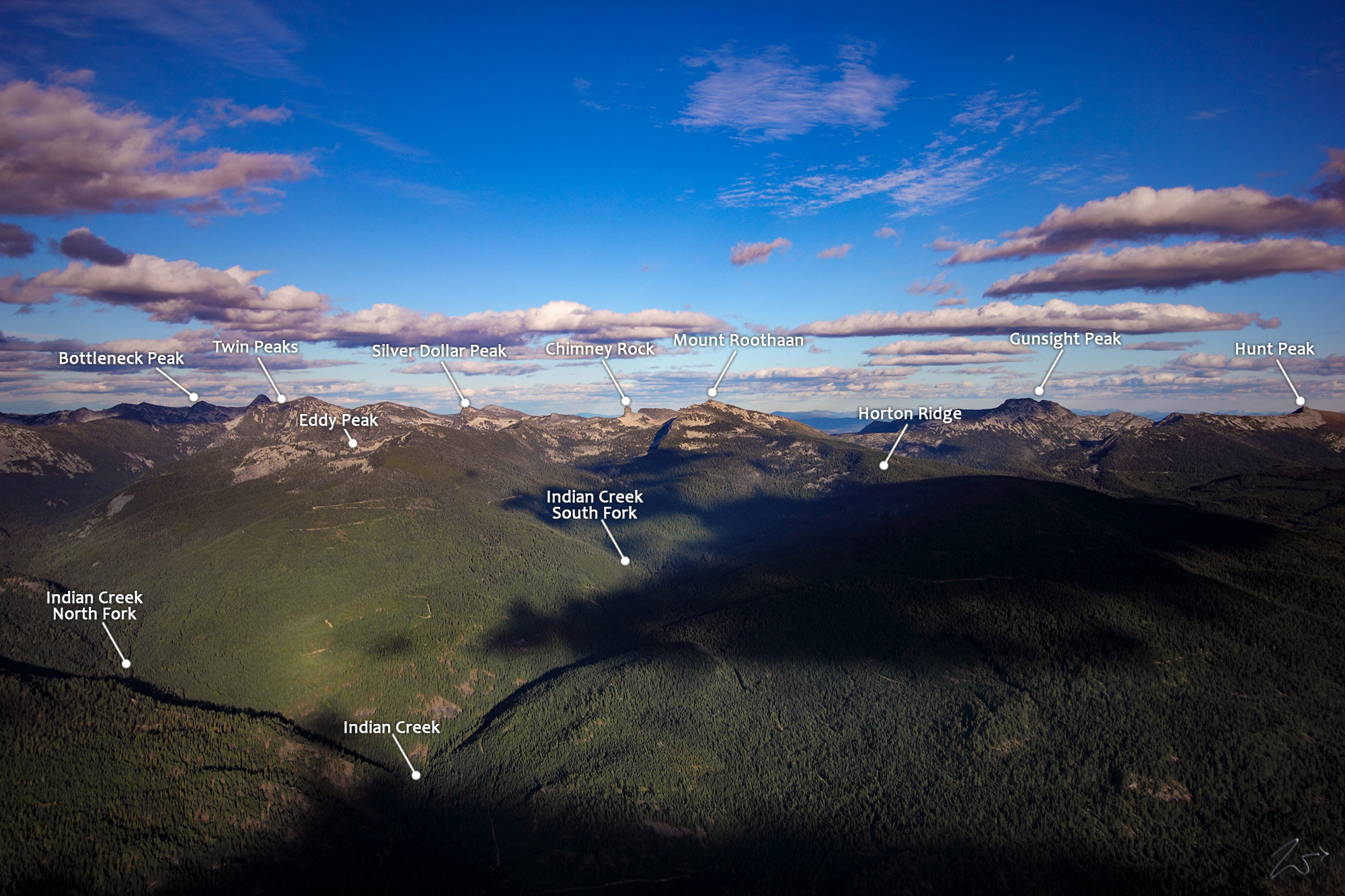