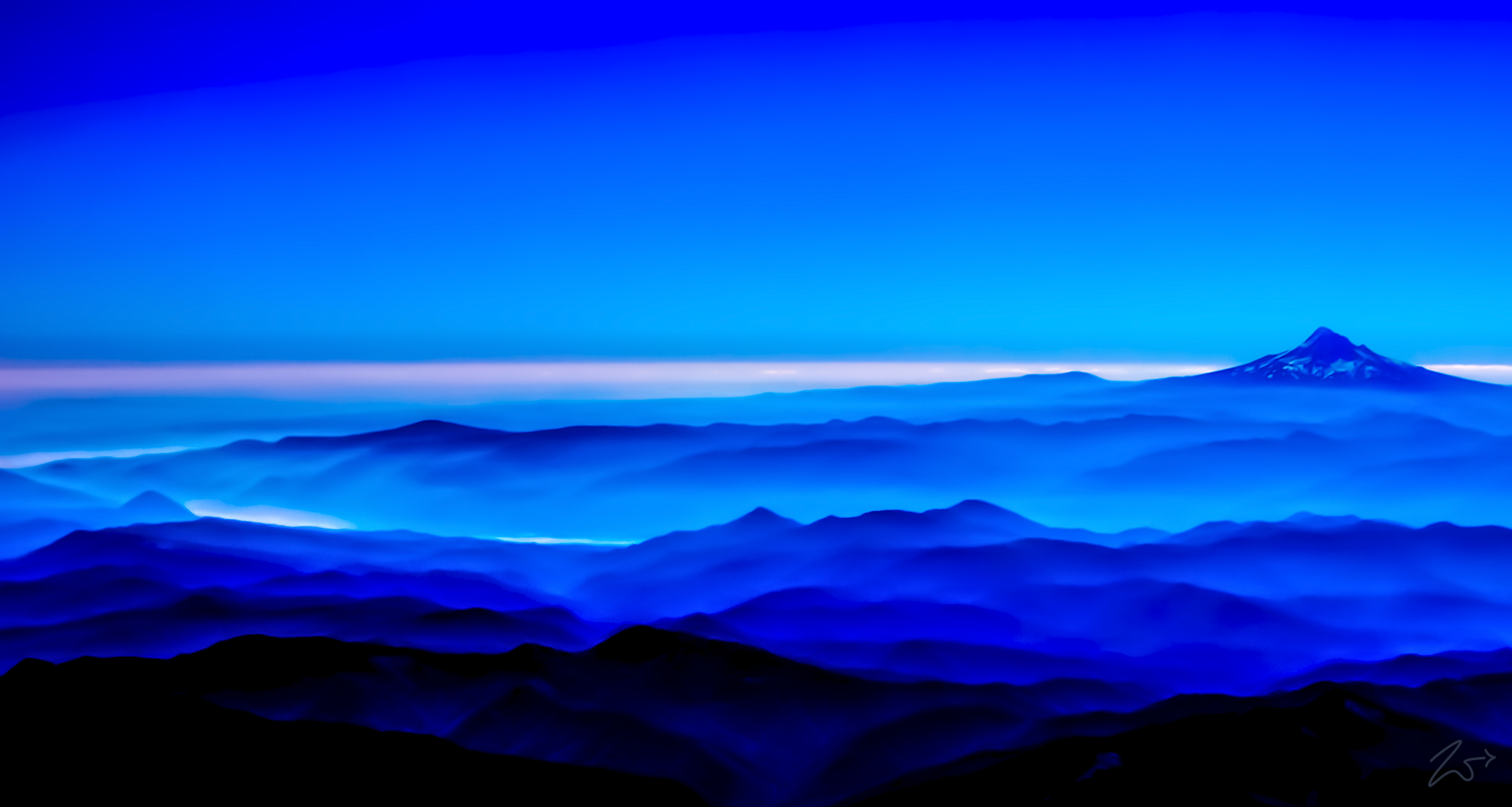 This is Mount Hood, Oregon peaking up through the early morning haze on the right side of the image while the Columbia River radiates cool air mist coming off from the surface of the water and spreading throughout the entire area in the hot dense morning atmosphere.

Zedekiah: “This is an image I lensed very early in the morning when flying from Hillsboro Oregon over to Yakima, Washington. The sun is still 45 minutes away from rising so all the ambient blue-hued light is due to the over the horizon alpenglow effect. I had to crank up the camera ISO to be able to get the shot and therefore would be very noisy so I had to compensate which resulted in this beautiful soft glowing image, reminiscent of classic Asian style paintings from the last few centuries. I call the image above “Blue Morning Mist”.

This image was created using the predawn Alpenglow effect. Alpenglow (from German: Alpenglühen) is an optical phenomenon when the sky is illuminated through backscattering. Since the Sun is below the horizon, there is no direct path for the light to reach the mountain. Unlike sunset or sunrise, the light that causes alpenglow is reflected off airborne snow, water, or ice particles low in the atmosphere. These conditions differentiate between a normal sunrise or sunset and alpenglow.

The term is generally confused to be any sunrise or sunset light seen on the mountains, but true alpenglow is not direct sunlight and is only observed after sunset or before sunrise. The combination of alpenglow and the moisture in the air creates a cool, enveloping stillness through color.

The following image was captured 15 minutes after the top one, and as moisture evaporates, revealing terrestrial details in the foreground with Mount Hood on the left and the Three Sisters on the right. The Three Sisters are volcanic peaks that are part of the Cascade Volcanic Arc, a segment of the Cascade Range in western North America extending from southern British Columbia through Washington and Oregon to Northern California. Each more than 10,000 feet (3,000 m) in elevation.