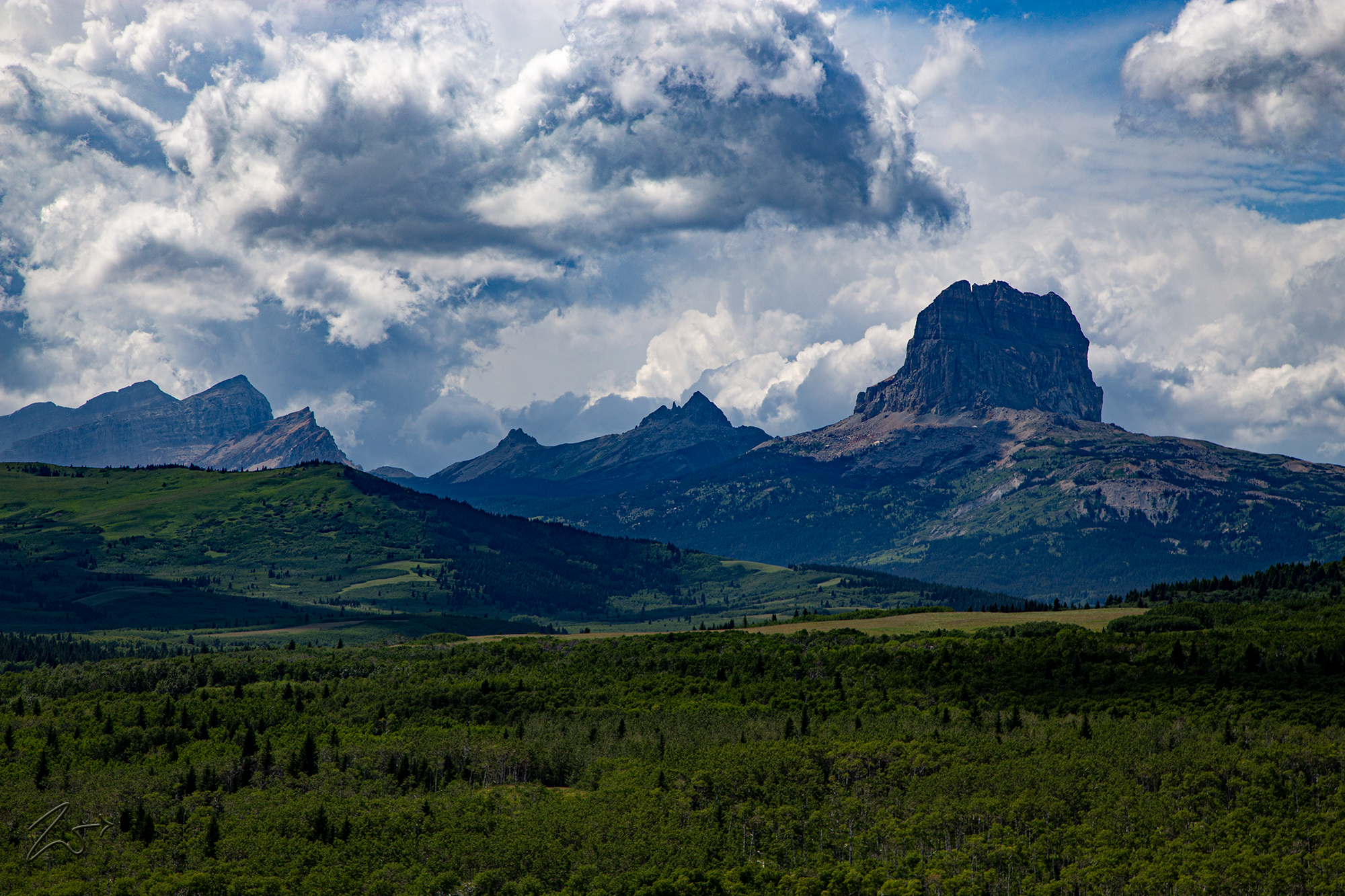 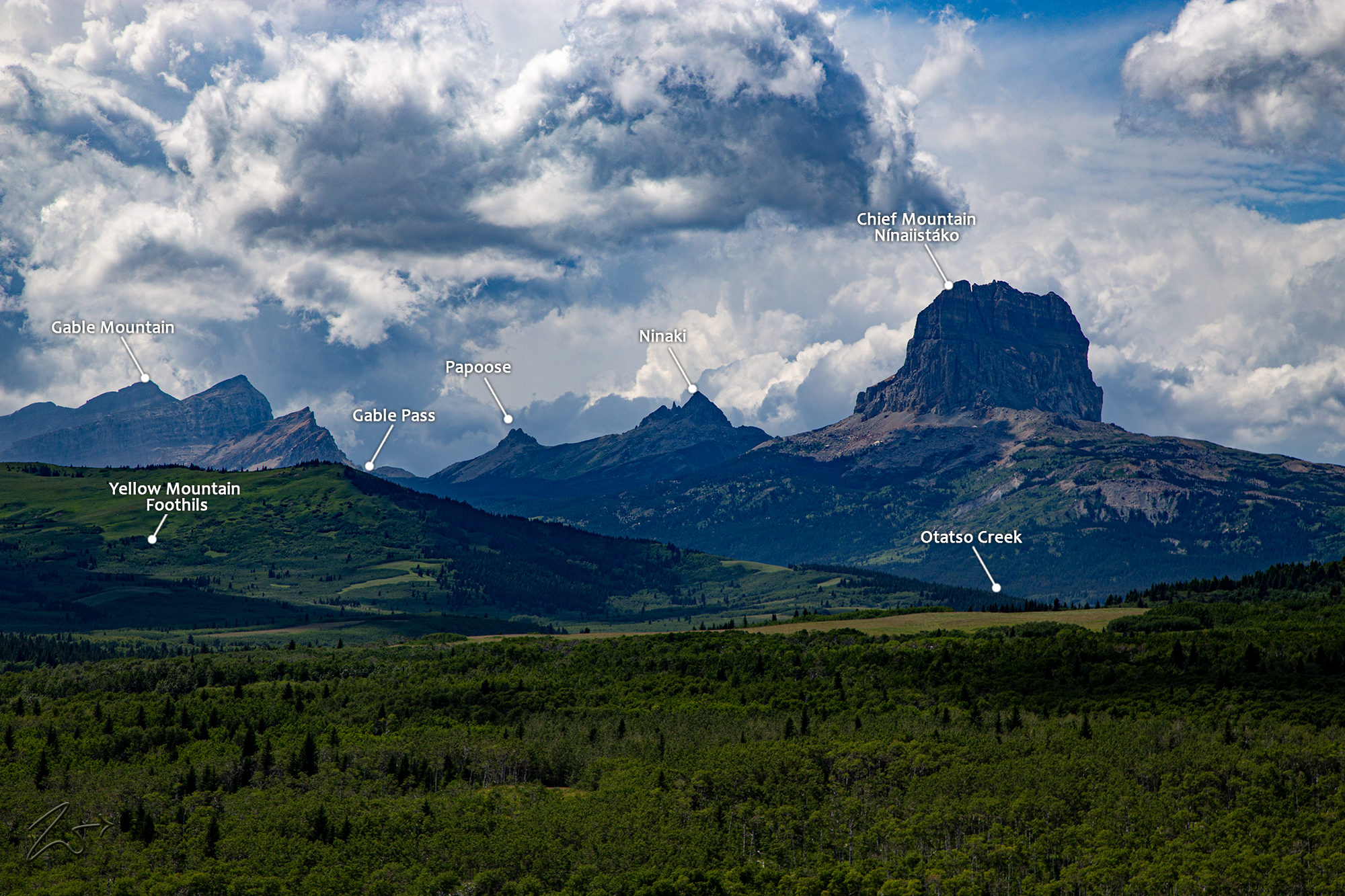 This towering peak is a sacred mountain to First Nations tribes. The Blackfoot people call the mountain “Nínaiistáko”. Tribal peoples travel from all across the North American Continent to hold sacred sweetgrass ceremonies, place prayer flags and conduct other religious rites at its base, or to climb to the top of the mountain for very special ceremonies.

The image above was lensed from the eastern side of the Rocky Mountains Lewis Range, while on the First Nations Blackfeet Reservation. The image below is from the southern side, looking to the north at the rocky profile of this sacred mountain. 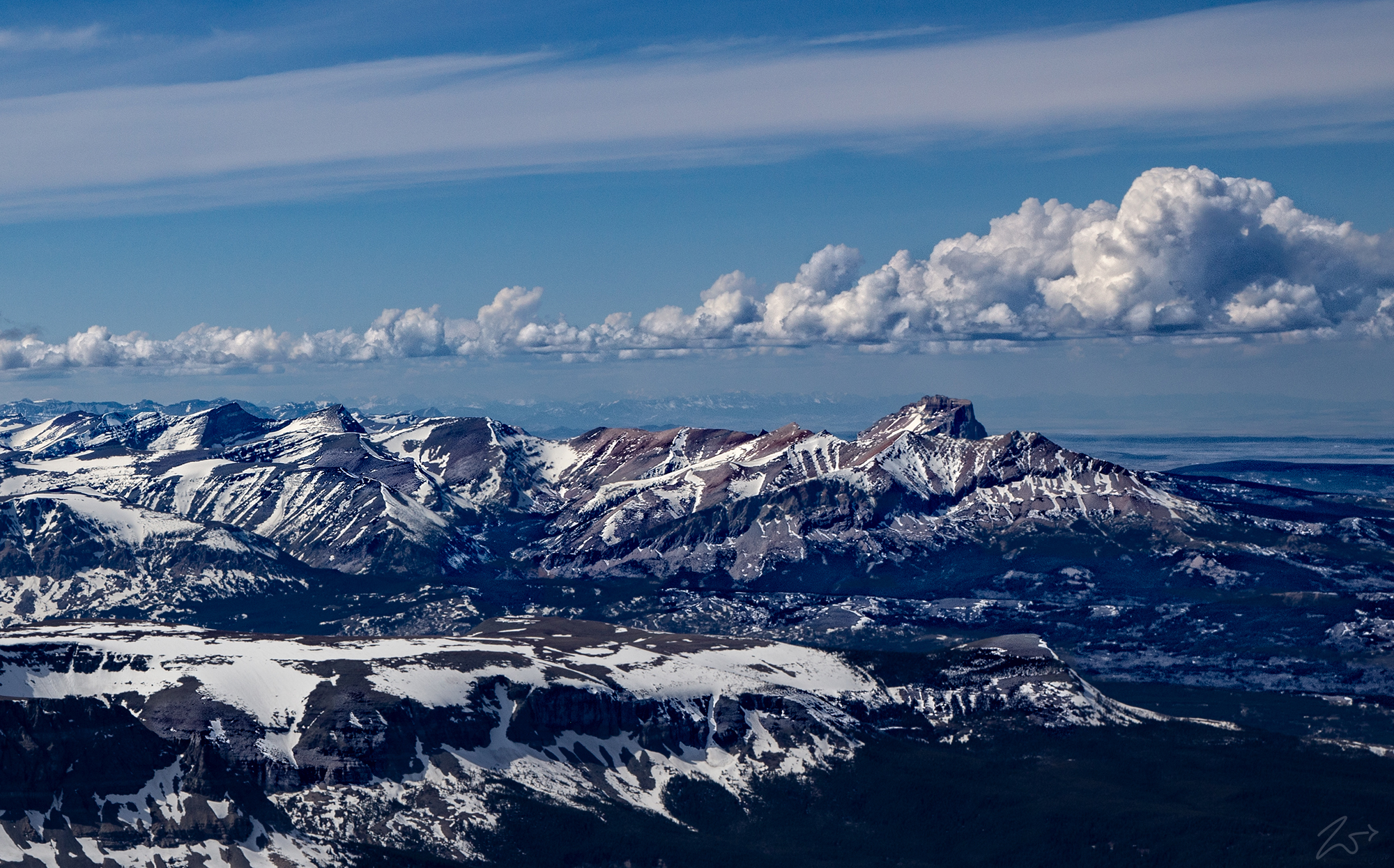 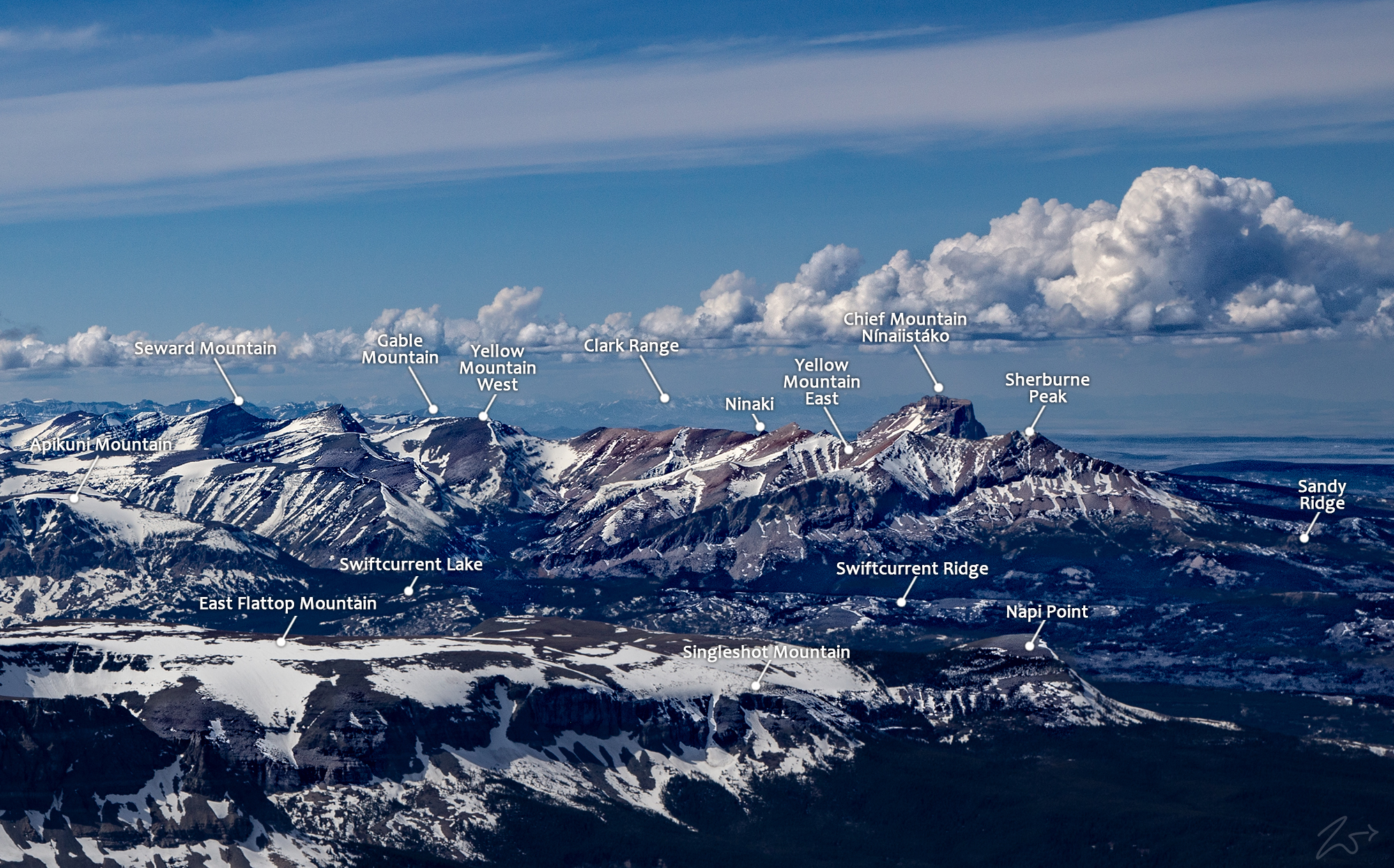 Chief Mountain and the surrounding jagged formations are all part of what is known geologically as the Lewis Overthrust which extends from the south in Central Montana, all the way up north into southern Alberta Canada. Chief Mountain itself is an excellent example of a geologic klippe; a remnant portion of a nappe that has been highly eroded over eons, which removed the rocky materials surrounding it. This process produces an outlier of exotic, often nearly horizontally translated strata overlying autochthonous strata, resulting in the solitary towering monumental formation we see today.

An interesting and strange geologic fact is that this mountain consists of a 600 million-year-old Precambrian block of material that sits directly above the much younger Cretaceous gray shales that are only 200 million years old.

At the base of this prominent formation, there are numerous ancient native burial sites scattered around the area. The revered Elders from Southern Alberta’s Siksika Band (where the Great Chief Crowfoot hailed from) and other First Nation groups have an oral tradition that states: “near the end of days, a Great White God will appear from the top of Chief Mountain and upon his departure, the mountain would crumble and be destroyed”.

The image below is lensed while flying above Swiftcurrent Creek in Many Glaciers on the western side, or behind Chief Mountain. This scene illustrates the colorful rock deposits along the ridges of Crowfeet Mountain to the left and Yellow Mountain to the right. 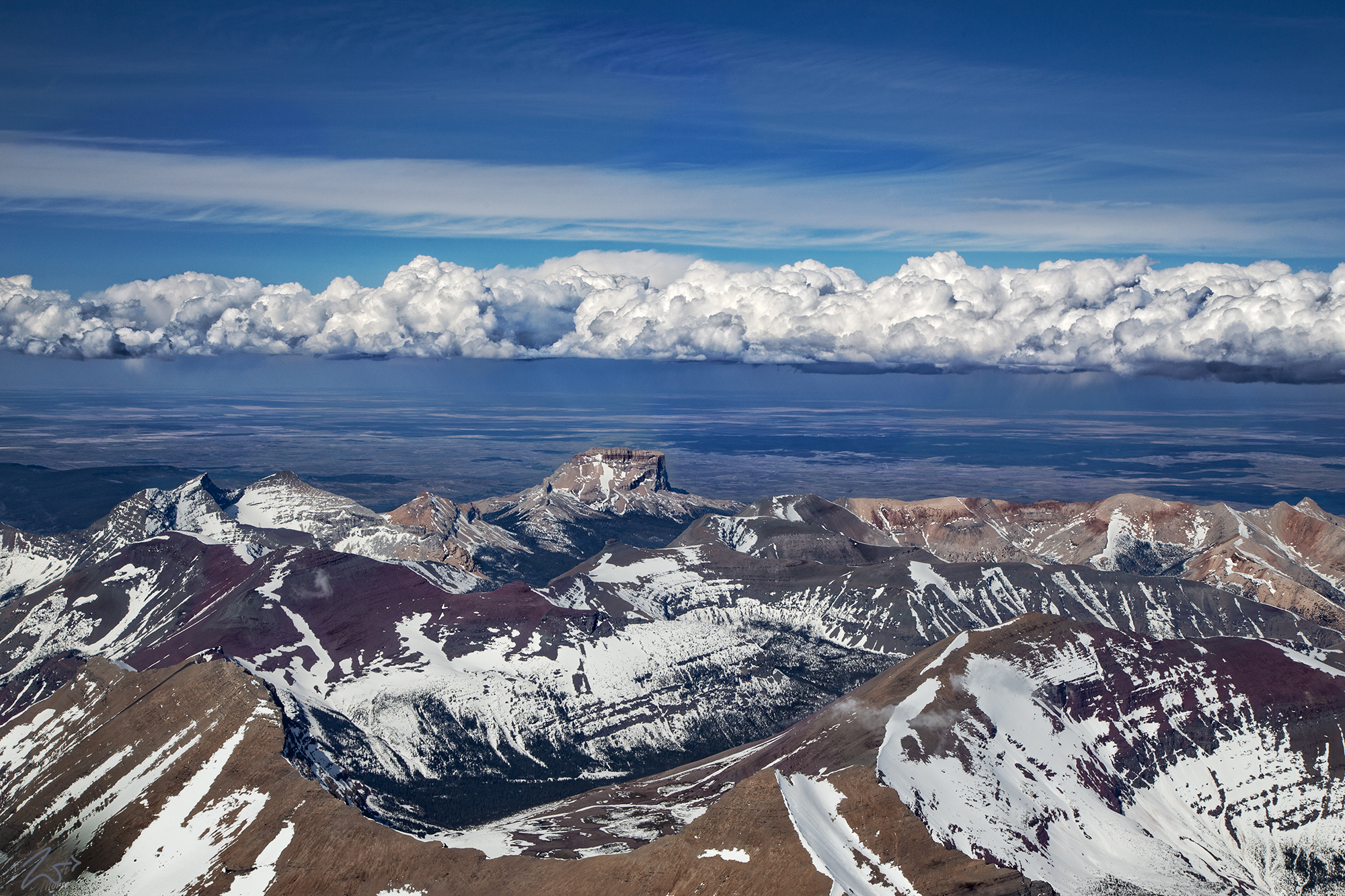 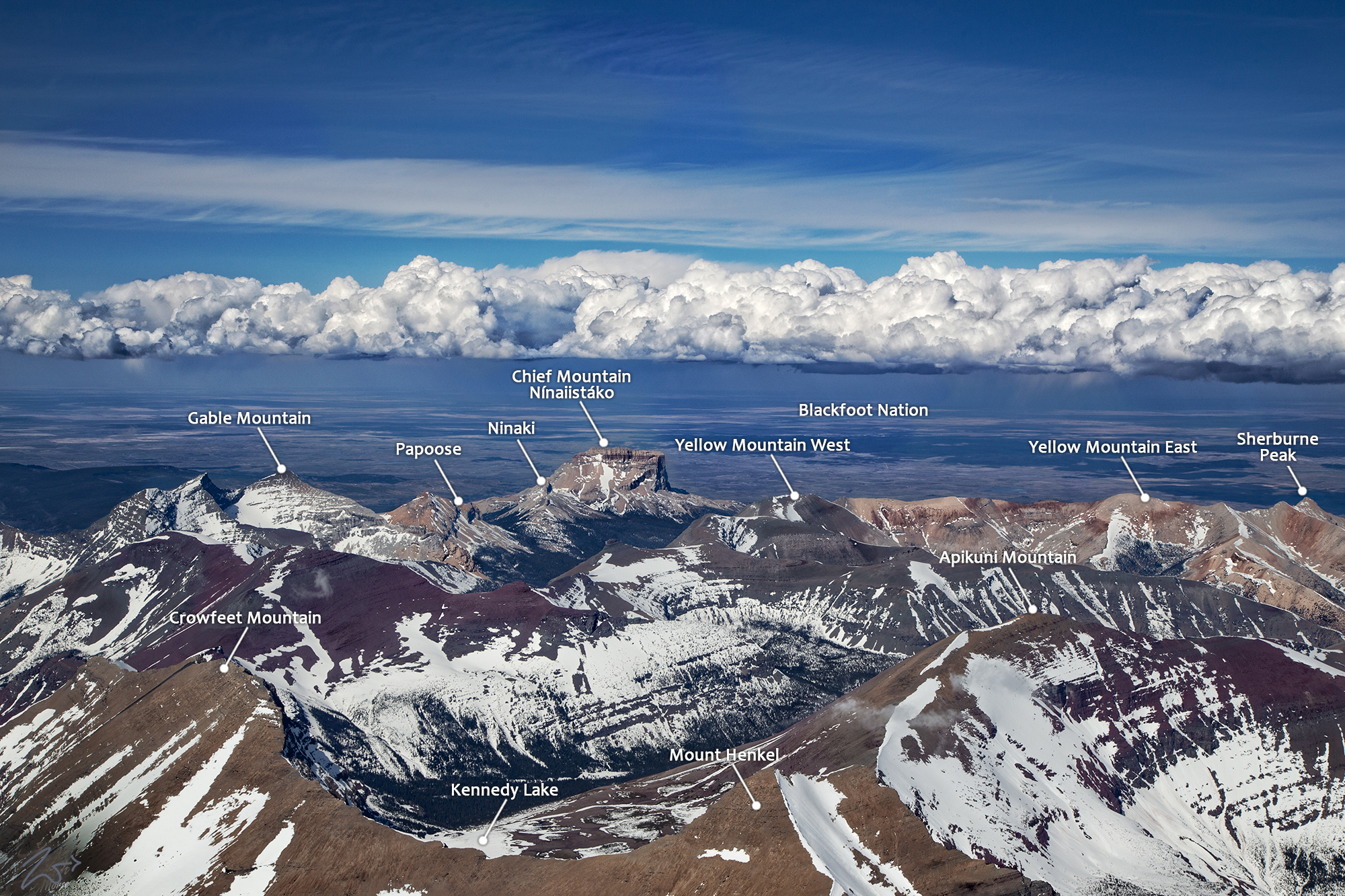