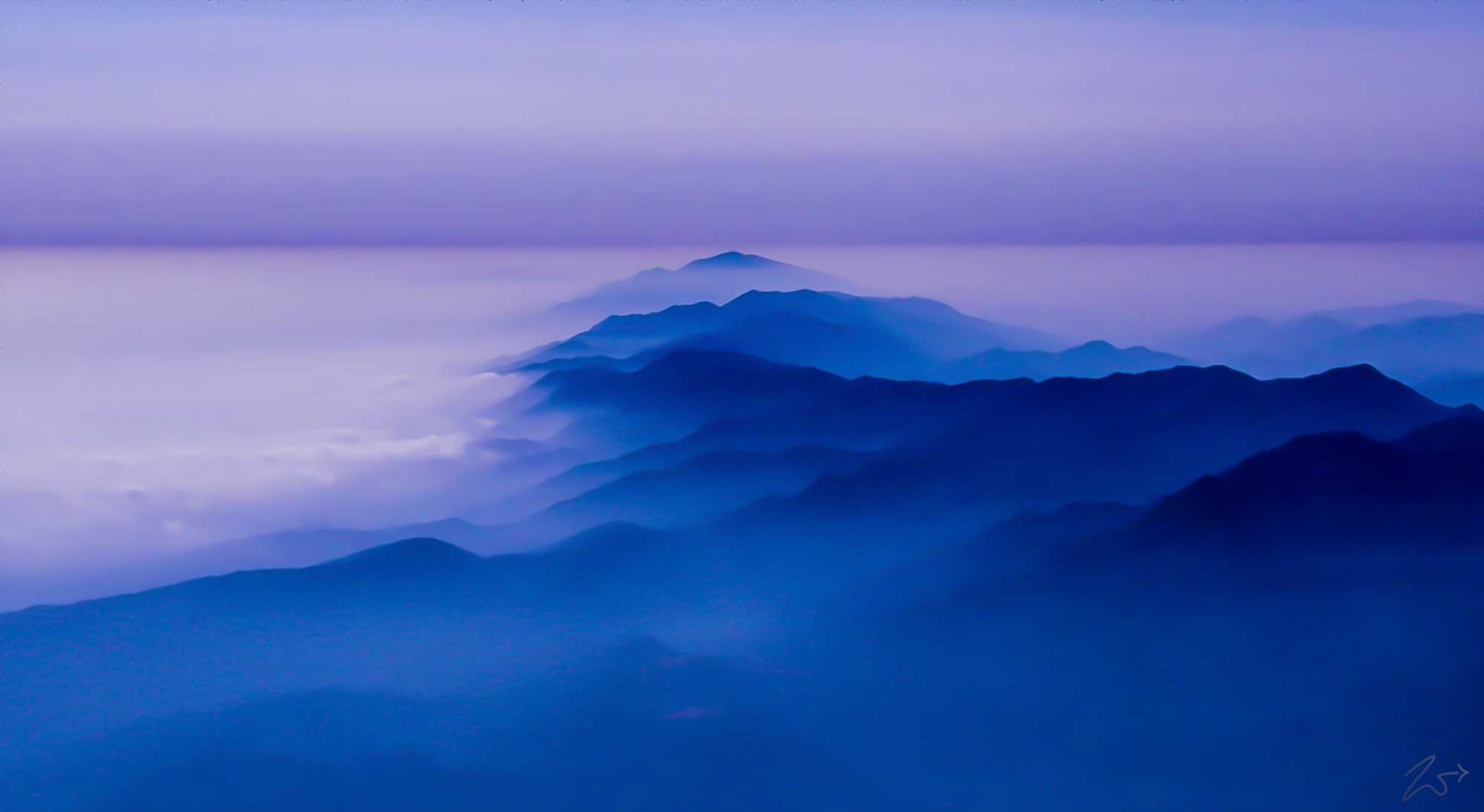 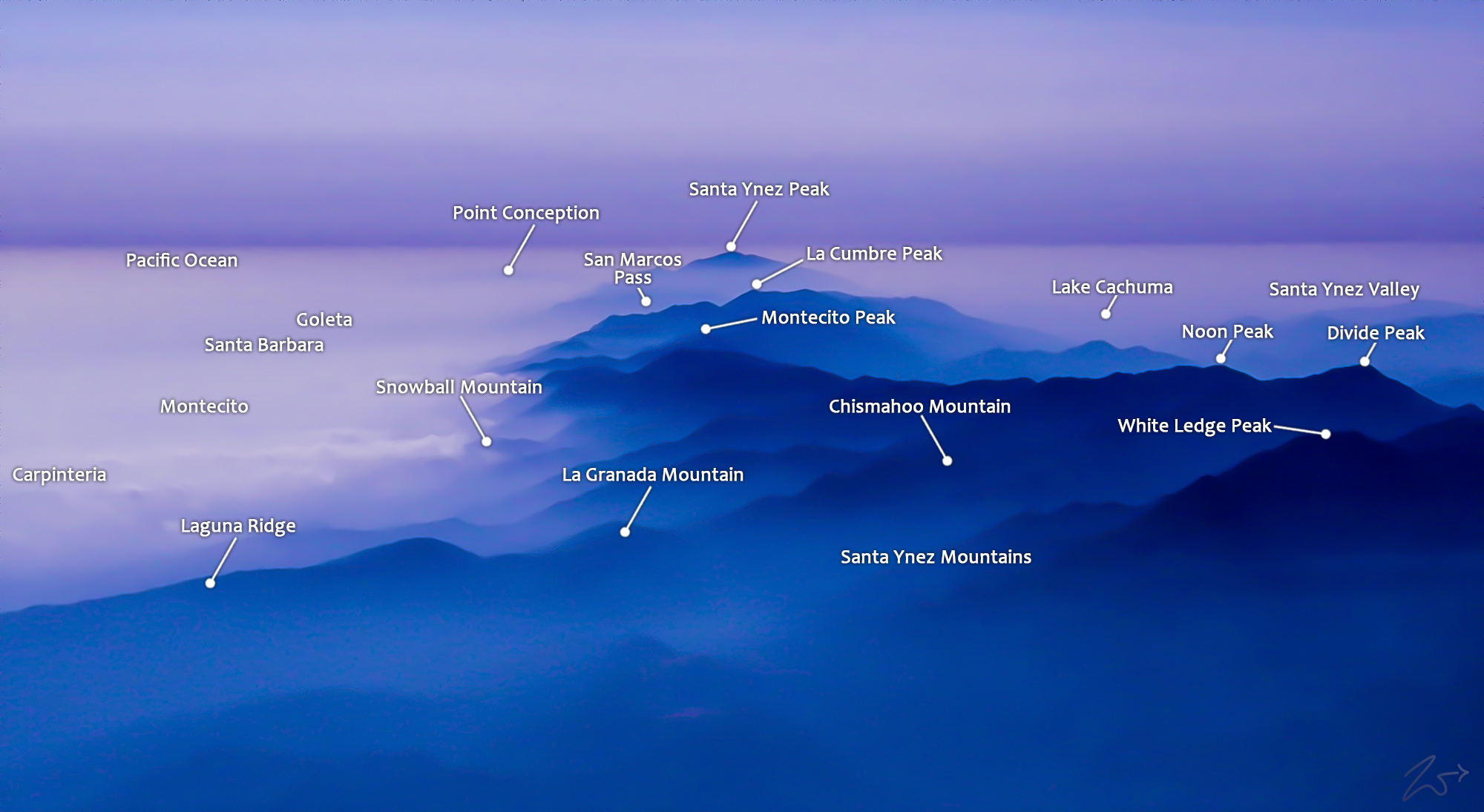 These are the Santa Ynez Mountains which run alongside the California coastline (on the left of the mountains in this image) from Carpentaria up through Montecito past Santa Barbara, Isla Vista and Goleta all the way up past the Gaviota Pass to the sacred Point Conception, California. On the right side of the Santa Ynez Mountains in this image, underneath the fog lays the small ranching communities of Santa Ynez, Lompoc, Los Olivos, Ballard, and Buellton.

Zedekiah: “I love this image as it is reminiscent of classic Asian style paintings from long ago. This incredibly rare, one-of-a-kind image is an alpenglow blue-hued image I captured from 8,000 feet above Ojai. I took off for a later afternoon flight and came upon this scene as I climbed out of the valley towards the Santa Ynez Mountains.”

All of these small communities are obscured by low lying tule fog coming in from the Pacific Ocean in this image and what is interesting here is that if you notice, the fog also is on the right side of this photo, meaning on the other side of the Santa Ynez Mountains. This is because at the end of this mountain range, at that peak up on the top middle of this image, the coast abruptly turns north (to the right in this image) and heads up towards San Francisco.

The First Nations Chumash Tribes called this point “Humqaq” which means “The Raven Comes”. in their ancient traditions, this was a very sacred place… it was the “Western Gate“, through which the souls of their dead would pass between the mortal world and then begin their celestial journey to the heavenly paradise known as “Similaqsa“.