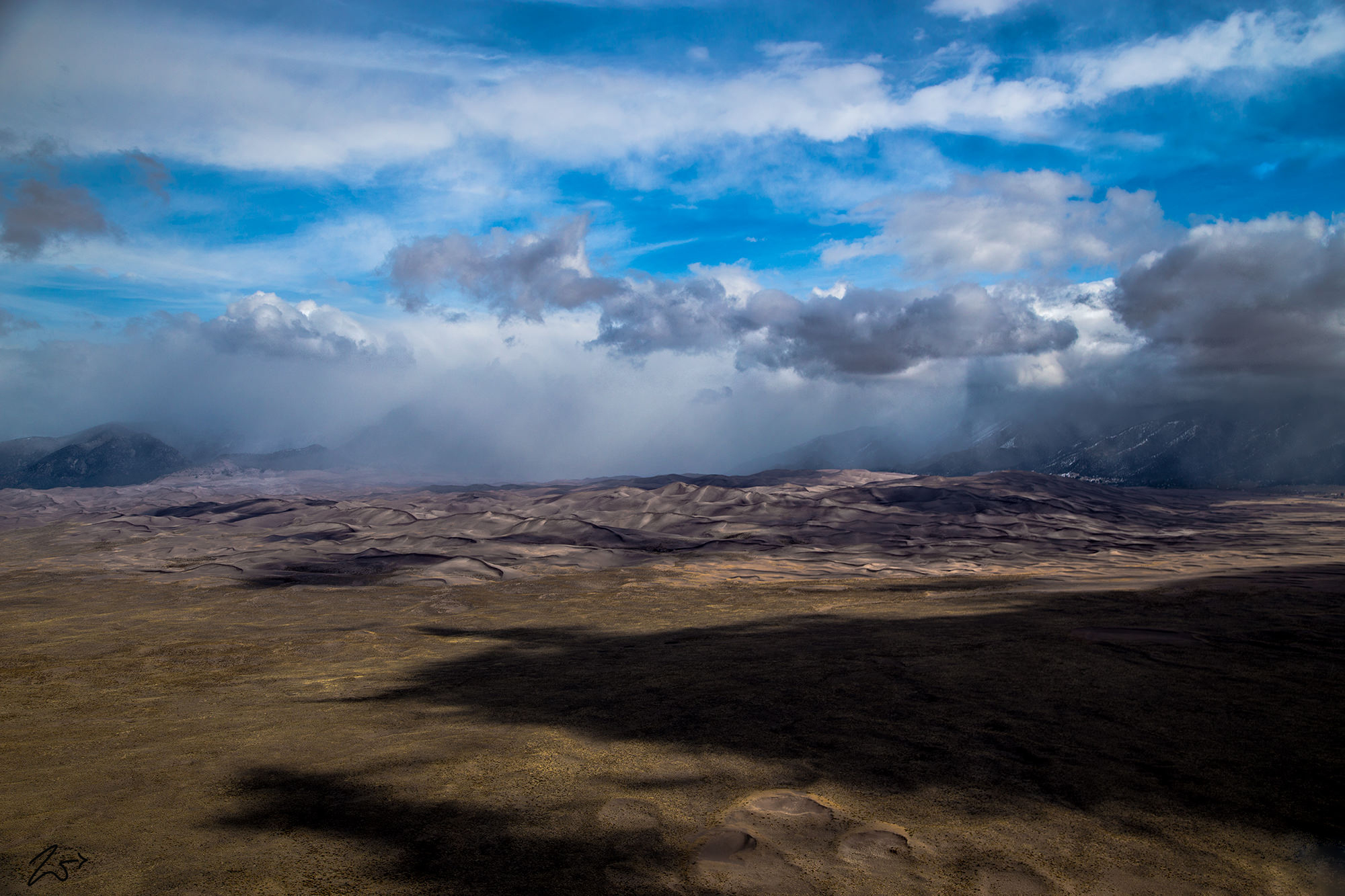 Clear skies shine bright blue above the rainclouds in these images I lensed while flying next to the Great Sand Dunes National Park as the dunes were brushed by a unique, unusual rainstorm. This is located north of the Zapata Ranch on the high desert of San Luis Valley in Colorado.

This is an interesting phenomenon captured as it occurred over the Great Sand Dunes National Park in the San Luis Valley, below the Sangre de Cristo Mountain Range in the Rocky Mountains of Colorado. It is raining on top of the dunes only, nowhere else in the valley, and there were clear skies above. This was a very localized weather event.

Zedekiah: “The rain clouds were not very thick but were really letting loose. It was really cool to see this happen! Made even more spectacular in that it only lasted a few minutes!”

The dunes were formed within the last 500,000 years from sand and soil deposits of the Rio Grande and its tributaries as they spread out through the San Luis Valley. Over the ages, the glaciers melting created a vast lake in the San Luis Valley… as this lake and the waters evaporated and drained to form the river, it left behind massive volumes of loose sand. Westerly winds then picked up sand particles from the lake and river floodplain and carried them across the valley floor.

As the wind diminished in power before crossing the Sangre de Cristo Range, the sand deposited all along the eastern edge of the valley. As the sand stacked up over time it became what we see today, the Great Sand Dunes National Park. 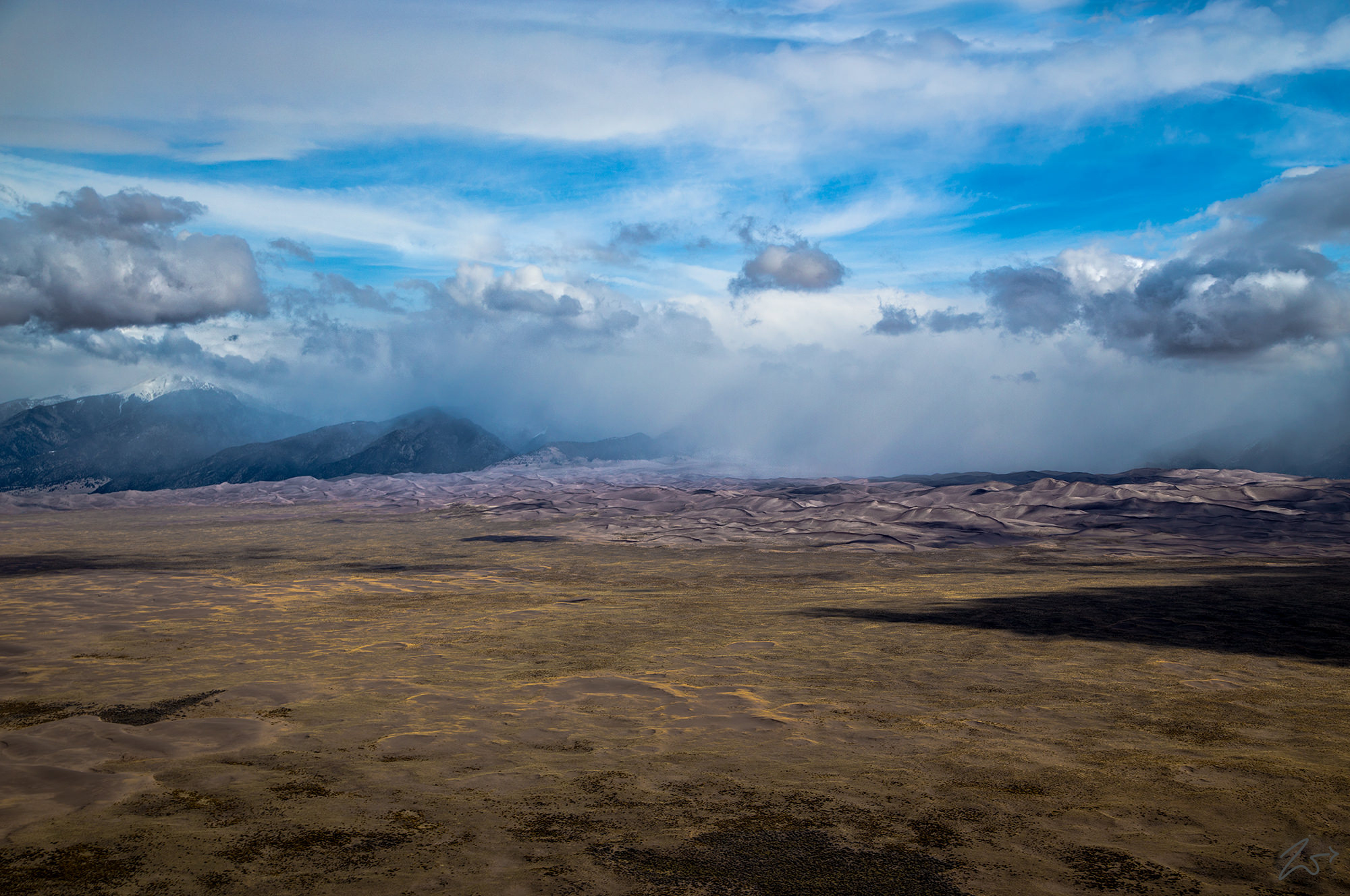 The wind continues to whip about and shape and reshape the dunes on a daily basis, and continue to increase the volume of sand and size of the dunes. These fierce winds are strong enough to move sand and small rocks from miles away across the valley. While the dunes don’t actually change location or vary in size that often, the wind forms parabolic dunes that grow in the sand sheet, the outer area around the dunes, and migrate towards the main dune field, giving a very prominent beveling or warping visual effect, especially notable from up above where I fly.

In this photo below you can clearly see the curving edge of the sand dunes boundary where the dunes delineate from the San Luis Valley floor. These are the tallest sand dunes in North America reaching heights of 750 feet (228m).