The Strangeness of Raplee Ridge 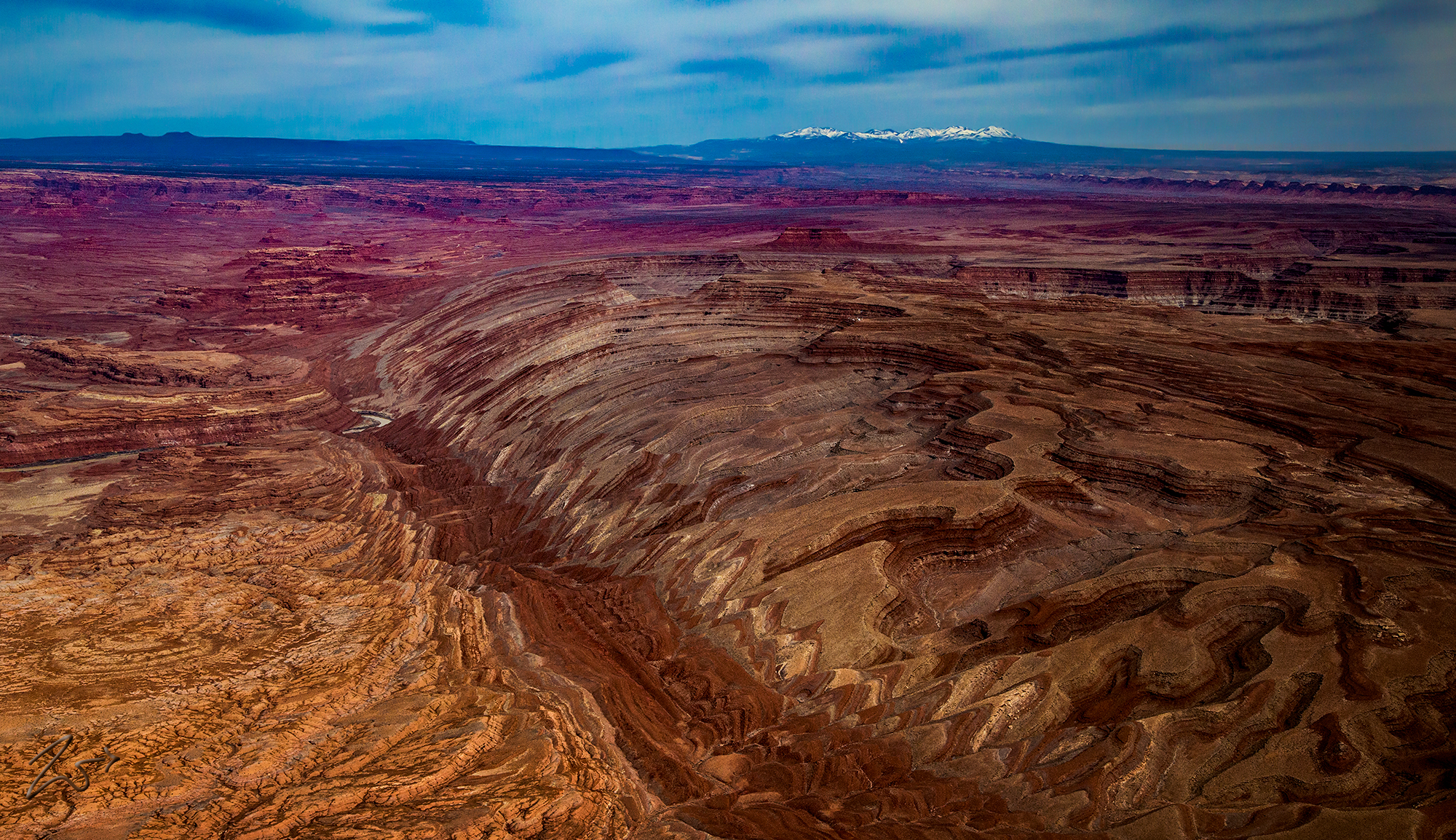 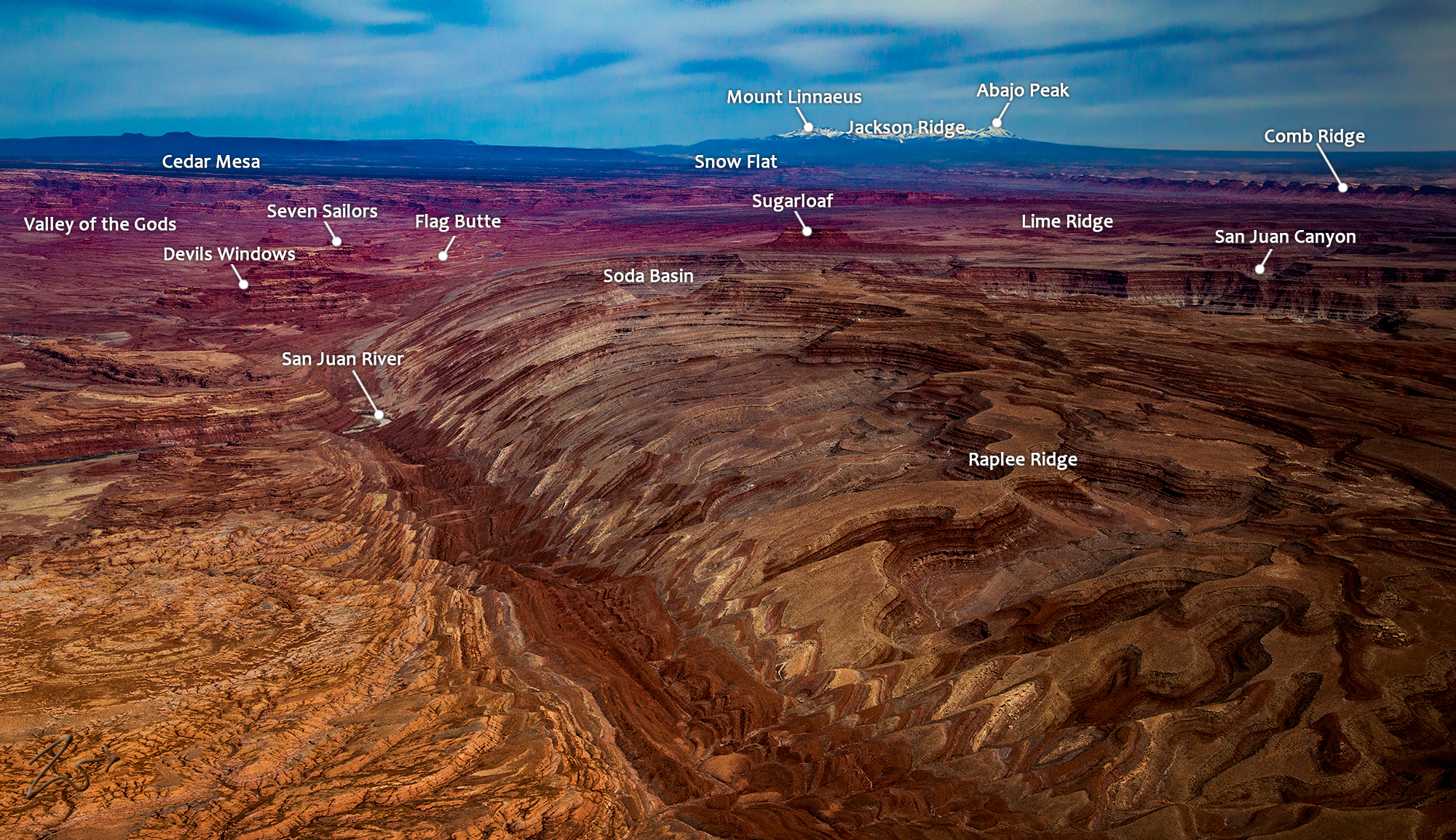 Raplee Ridge is a very interesting formation that is known as both a monocline and an anticline. A monocline is a step-like fold in rock strata consisting of a zone of steeper dip within an otherwise horizontal or gently-dipping sequence. An anticline is a type of fold that is an arch-like shape and has its oldest beds at its core. A typical anticline is convex up in which the hinge or crest is the location where the curvature is greatest, and the limbs are the sides of the fold that dip away from the hinge.

From this photo, you can easily see why the confusion as Raplee Ridge seems to have both of these unique features in one formation. As these formations go this one is somewhat small at only around 8 miles / 14km in length. Raplee Ridge lies just across the San Juan River from Mexican Hat, Utah, and right next to the also amazing Comb Ridge. It is one of numerous minor anticlines and intervening synclines or downwarps on the crest of the large Monument Upwarp which dates to the Laramide orogeny when North America was compressed from the west.

Zedekiah: “From the air, I have always thought it looks as if extruded out of a large cosmic playdoh toy. The entire area surrounding the ridge from Escalante Grand Staircase National Monument to the west all the way through Four Corners to Shiprock to the east has some of the most mysterious otherworldly formations on the planet. I shot this image this past fall while flying northeasterly and shooting to the north. It was a beautiful day, mild temperate weather and little wind.”

Alternating anticlines and synclines formed by compression have been compared to wrinkles in a rug kicked across a smooth floor. Raplee’s Ridge is thought to have significant influence in classic First Nations Navajo (Diné) textiles, jewelry and pottery designs going back hundreds of years. The reds and multi-gray zigzags are quite suggestive of geometric patterns of Navajo weavings. It is easy to see the similarity and influence, especially from the air. Locals also refer to the ridge as “Indian Blanket Cliffs”.

In this image, you can see the ridge in the foreground and a small piece of the San Juan River peeking out along the left side. In the left middle of the image is the Mexican Hat formation and on the right side of the image, you can see the edges of Comb Ridge jutting upward. In the distance before the mountain is the Valley of the Gods and above that is the Cheese and Raisins Hills. The snow-covered mountains are the Abajo Mountains or Elk Ridge, known locally as the Blue Mountains or The Blues. The highest point within the range is Abajo Peak at 11,360 feet (3,463m). 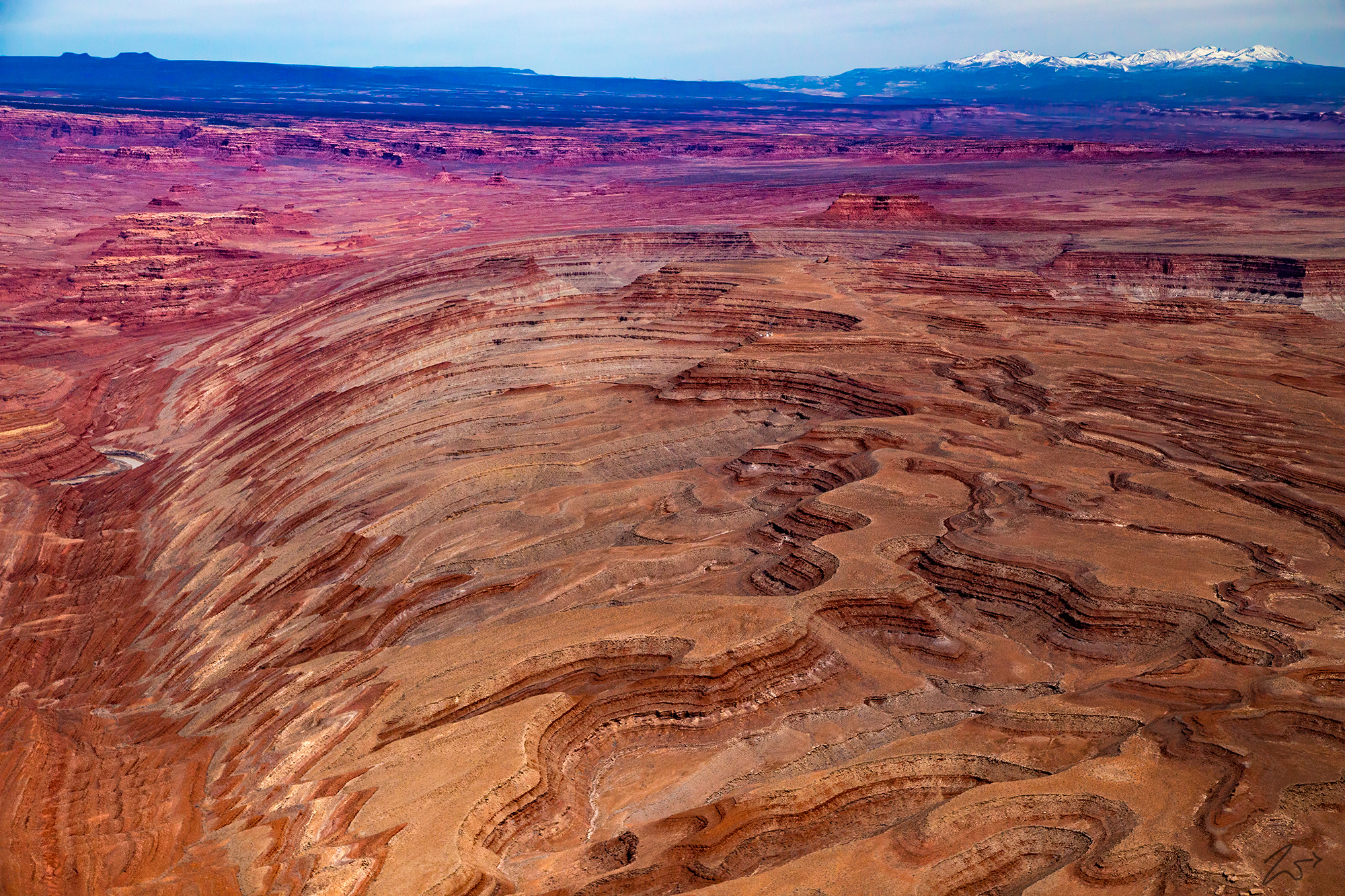