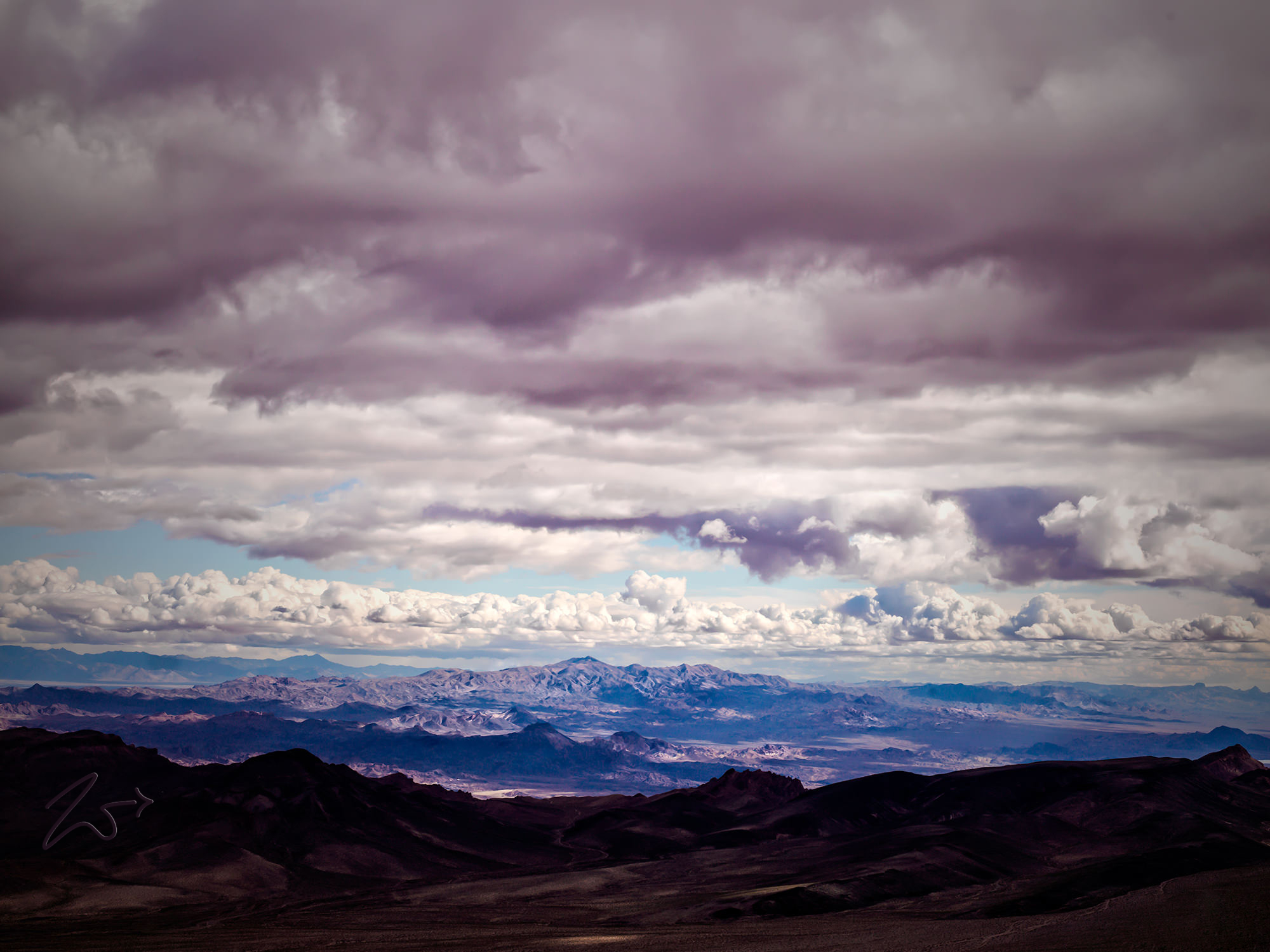 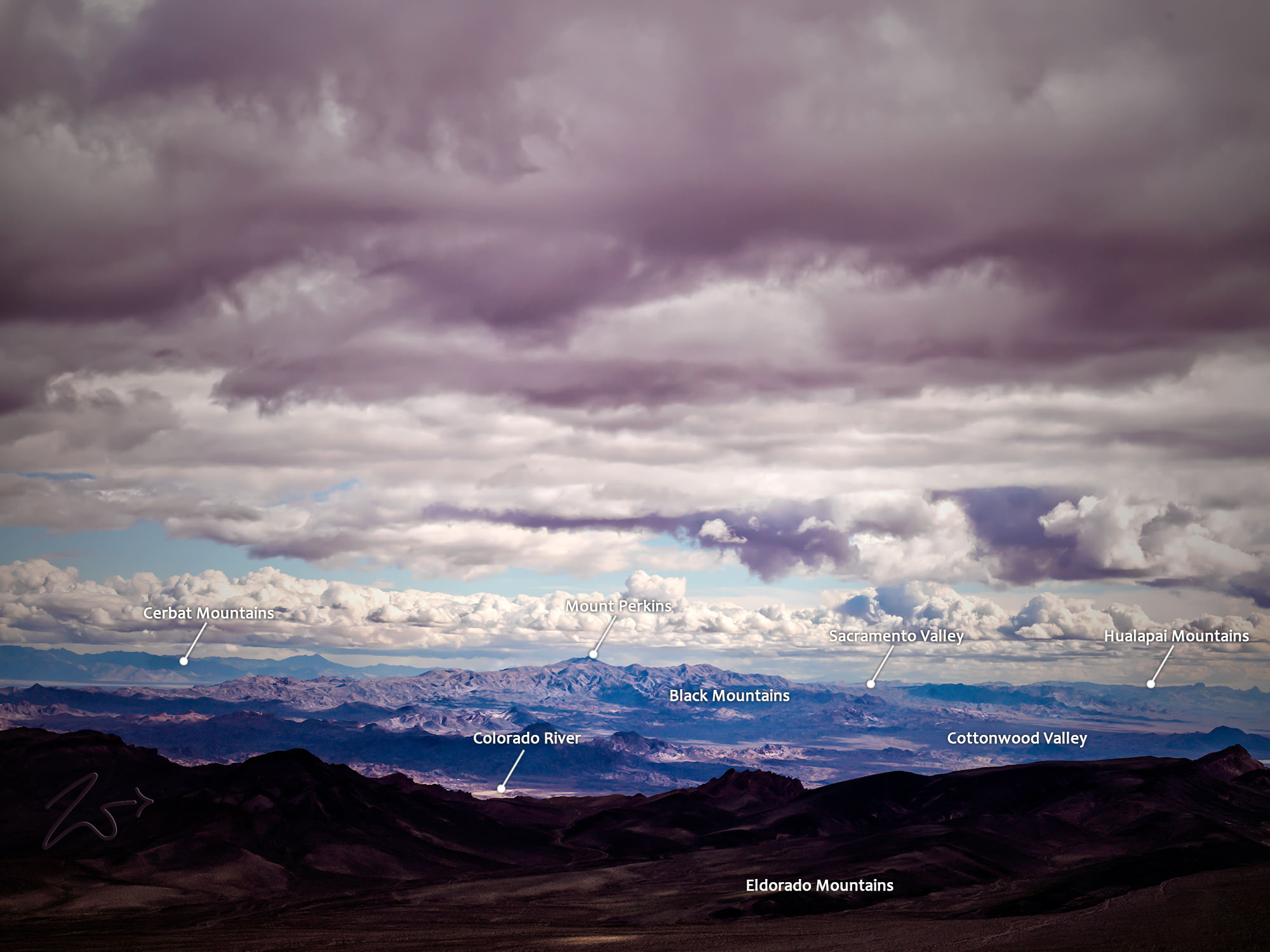 Zedekiah: While flying and exploring the area west of the Grand Canyon National Park along the Colorado River I was heading southbound over the Highland Range (part of the Mojave Desert). The could formation was really beautiful and as I looked back to the east I came upon this scene.

Those mountains in the distance along the horizon are known as the Music Mountains, the Cerbat Mountains, and the Peacock Mountains. In between the Cerbat and Peacock ranges there lies a large prairie valley known as the Sacramento Valley.

The Wild Andalusian Horses of the Cerbat Mountains

What is very interesting about this area is that this is the home of the purest blood descendants of the original horses brought to the new world by Spanish conquistadors, the Andalusian. According to DNA testing, the wild horses of the Cerbat Mountains of northwest Arizona are among the purest descendants of these Spanish horses.

According to Author Marc Simmons in “The Last Conquistador,” the conquistadors rode only stallions, as they did not believe geldings could stand up to the work demanded of them. Warhorses that survived the conquest of the Americas were often retired to stud farms. The horses of the conquistadors were from Andalusia, a province in southern Spain. 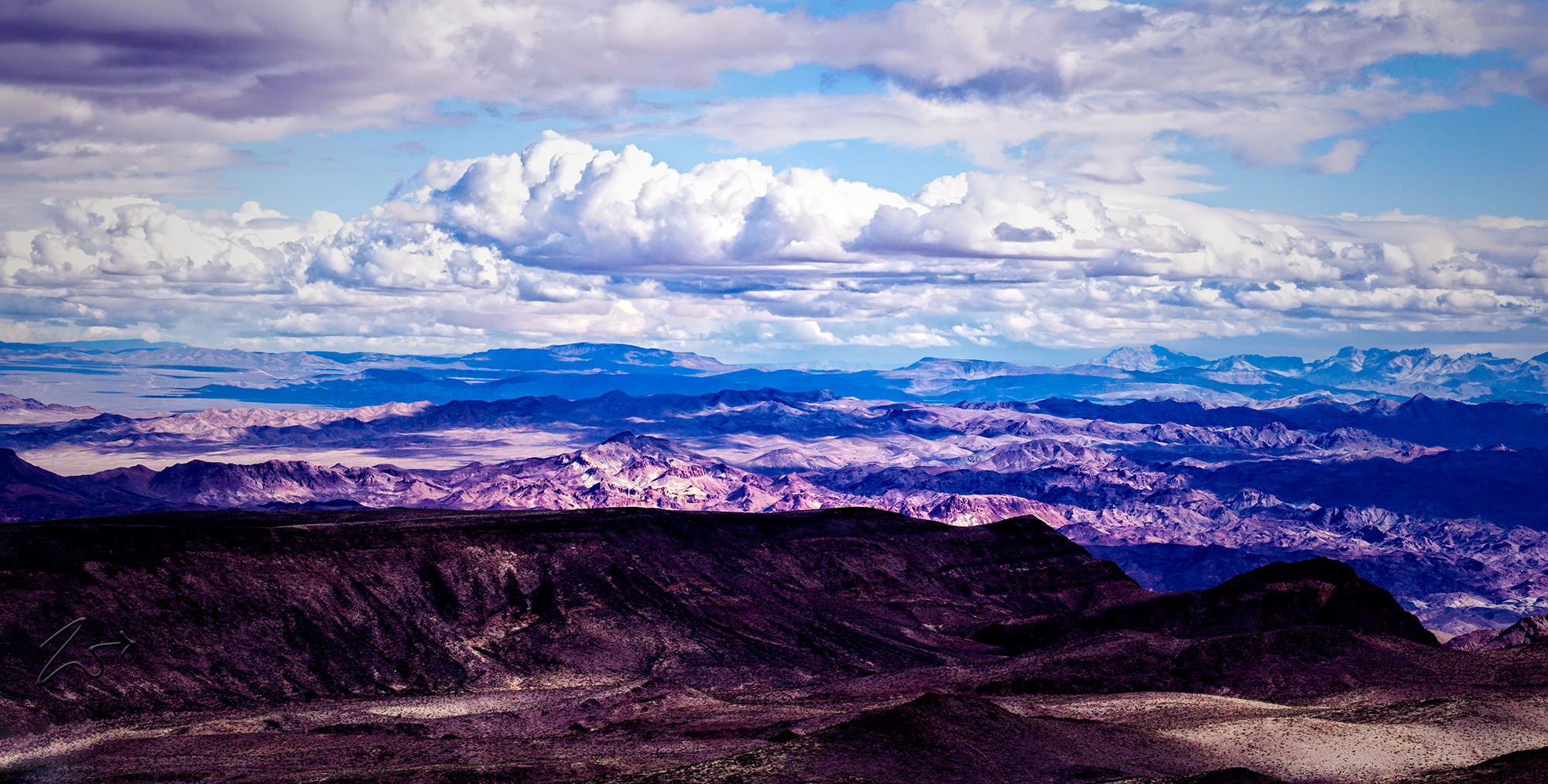 Registration of horse breeds was not common until the Eighteenth Century (1700’s), but horsemen of that era would have always been aware of their horses’ original breeding. The Andalusian favored by the conquistadors was a cross between the North African Barb brought to Spain by the Moors and the indigenous horses of the Spanish Iberian Peninsula.

Andalusian horses were smaller than the northern types, 800-1,000 pounds, but they could bear one-third their body weight. They were known to possess courage, loyalty, stamina, and survive extreme conditions. In two years, from 1519 to 1521, Andalusian horses enabled the infamous conquistador Hernán Cortés to conquer Mexico.

Most First Nations Native people were terrified of horses when they first encountered them. But the Athabaskan-speaking people, Navajo (Dine, Hopi) and Apache, saw the horse as a valuable tool and considered it a gift from the Creator.

Only 100 years after the Conquest of Mexico, American Indians were riding and trading Spanish horses to other tribes across the Southwest. It is likely that the first Native people to have and use horses were Apaches and Jumanos, who inhabited the country that is now the American Southwest.

Tribal people did not capture and tame wild Spanish mustangs that “drifted” north from Mexico, as some have said. Horses were driven north. There is no other explanation for the speed with which horses diffused across what is now the United States.

Mustangs are descendants of Spanish, or Iberian, horses that were brought to the Americas by Spanish explorers in the 16th century. The name was derived from the Spanish word mustengo, which means “ownerless beast”. Once escaped, these horses evolved without the influence of man and through survival of the fittest, evolved into the incredibly durable and tough breed we know today. The word Mustang or Wild Horse is used interchangeably. 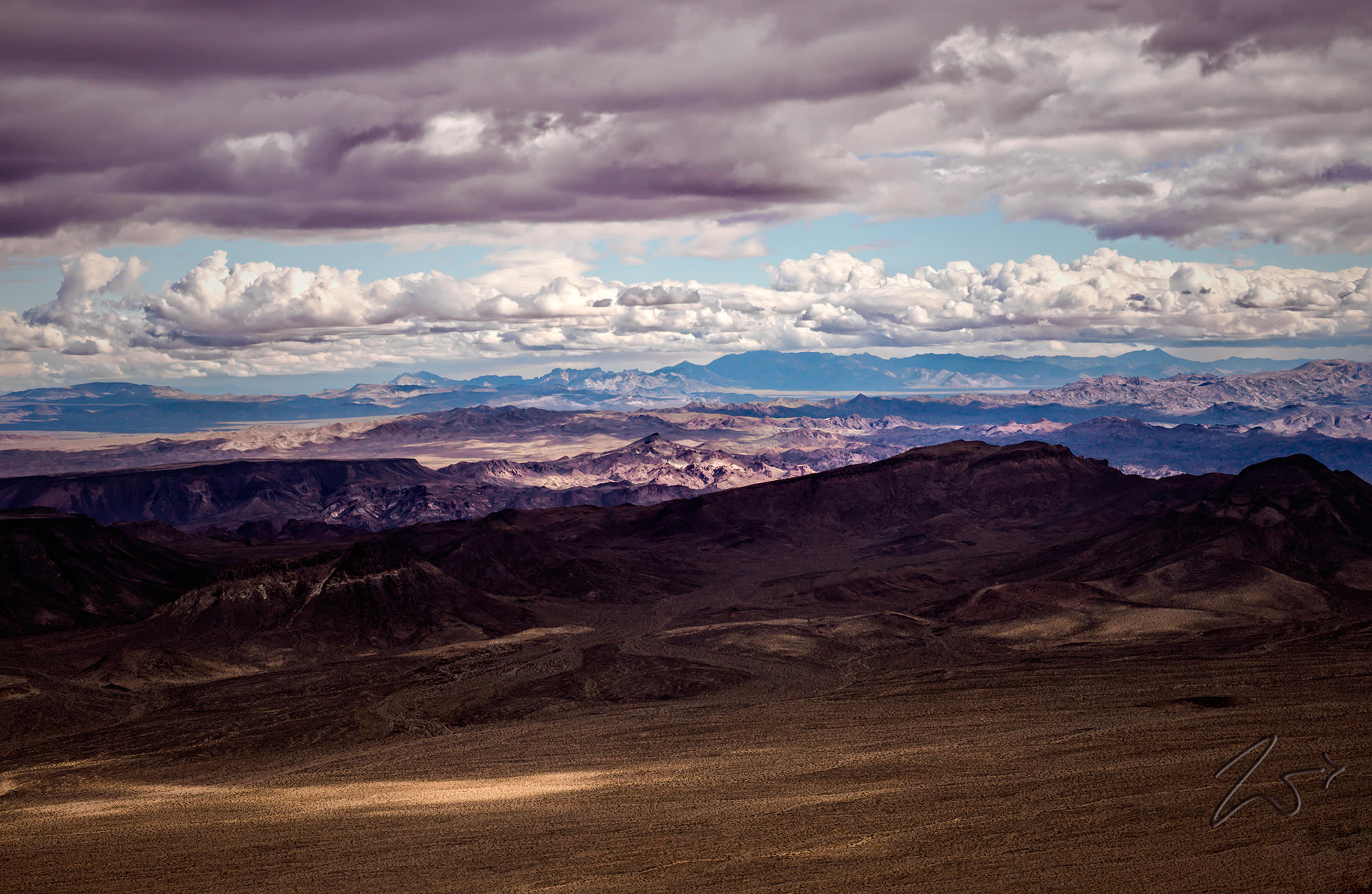 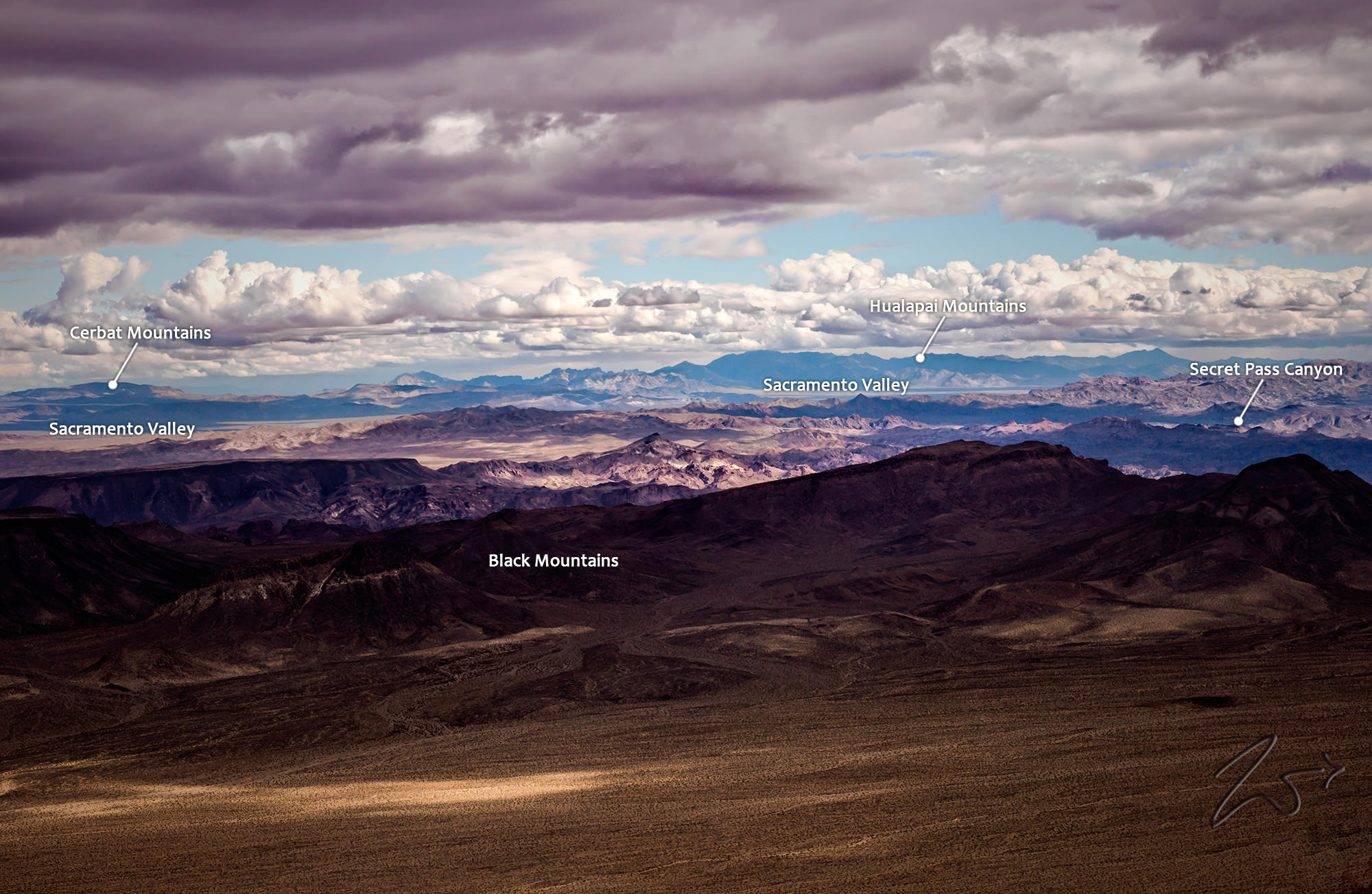 Following the Spanish invasion and conquest, missions, mines, and ranches spread north from Mexico City along the eastern and western sides of the Sierra Madre mountain range. New Spain was enormously wealthy, and the wealth was entirely dependent on slave labor. Spanish soldiers and parties of “slavers” hunted down First Nations Native people on the northern frontier in the 1500s and 1600s, forcing thousands into slavery. It was a lucrative business.

Tribal people were used as farm and ranch laborers, household servants, road builders, miners and prostitutes in New Spain and the Rio Grande colonies in Nuevo Mexico. So many Apache slaves were captured, they had very little value and were considered “expendable.” It was during this era that all free Apache bands declared war on Spaniards “forever.”

Slaves were forbidden to ride or own horses. However, need preempted law and Spanish haciendados taught their Indian slaves to handle horses and care for livestock. Apache people learned quickly but were anything but docile slaves. As they escaped their Spanish masters, they took horses and livestock north with them. 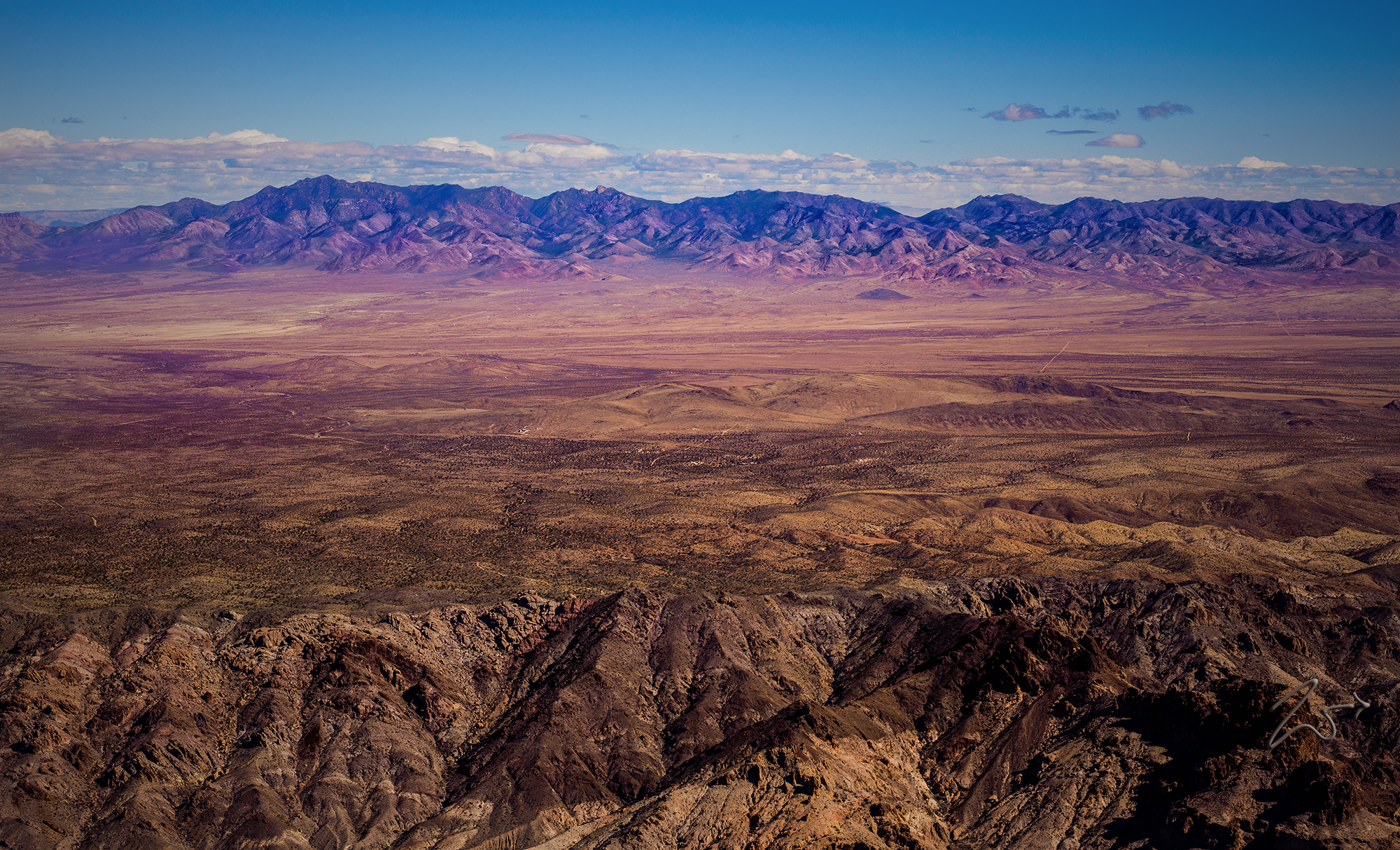 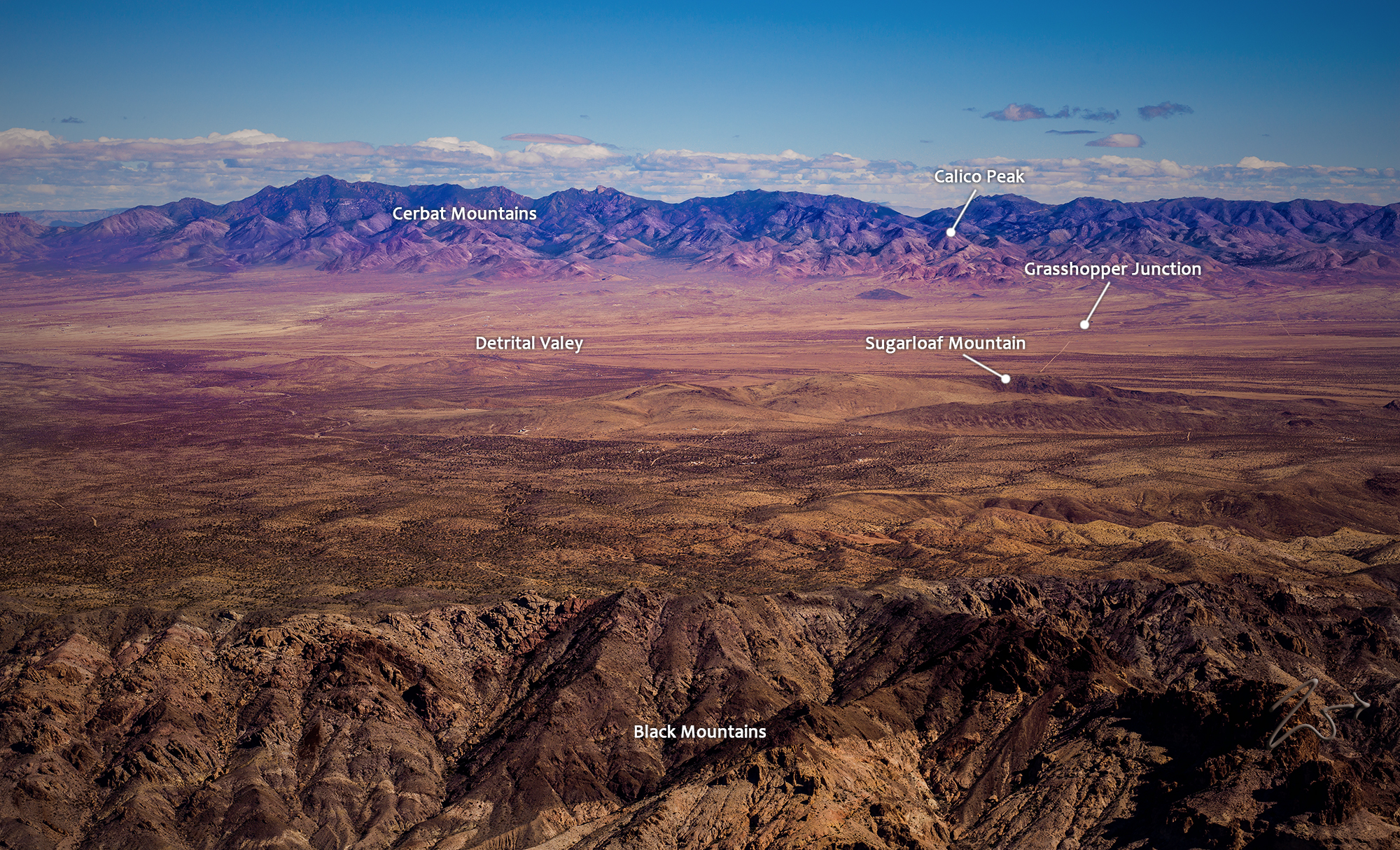 Keep in mind North America was one huge unfenced “open range.” Livestock ownership was determined not by place but by brand. To hold their livestock, Spanish ranchers had to have riders in the saddle constantly out on the range. They were vulnerable to attack by Apaches who frequently killed them and captured their herds. Natives learned horsemanship from captive Mexicans and other Natives.

Within a very short time, Jumano Natives traded horses to the Comanche and Kiowa, to Texas, Gulf Coast, Florida, and the Carolinas. Comanches traded with the Plains tribes. Navajos and Apaches traded with tribes of the Great Basin, Rockies, and southern Plains. From Apacheria, these horses would escape and the wild herds spread north on the east and west sides of the Rockies.

The largest single influx of Spanish horses to the Southwest occurred in 1680 during the Pueblo Revolt in New Mexico. The Pueblo people and their allies forced out the Spanish, killing about 400 priests and colonists. They left behind thousands of cattle, sheep, and horses that were driven off by Navajo and Apache horsemen.

Spanish horses had reached tribes in Kentucky and Georgia by 1700 where they intersected with English horses that had been coming to the colonies since 1609. By 1750 the Spanish horse had reached Calgary, Canada, and not long after that, northern California.

Land of the Purest Wild Andalusians

These images above show the stunningly beautiful wilderness area where the remaining descendants of original Spanish Andalusians still roam free. You can imagine these majestic animals throughout these hills, an iconic symbol of the American Wild West and a proud but convoluted heritage going back centuries.