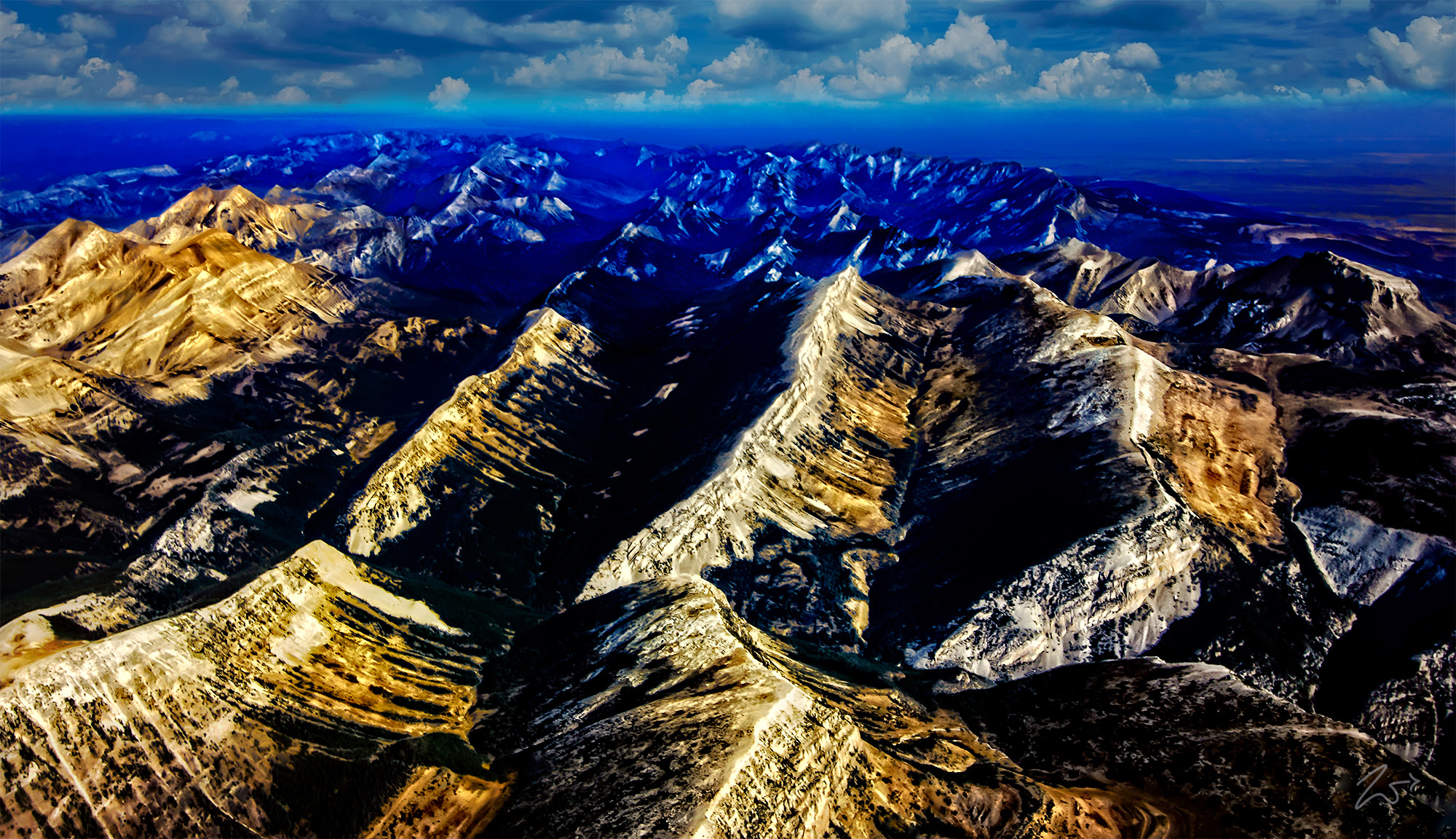 These are the jagged Sawtooth Mountain Range in southeastern Montana where the Sun River passes through from the mountains to the plains. It is easy to see where it got the name Sawtooth from, this is one of the best-exposed examples of imbricate thrust faulting in the foreland fold and thrust belt of the western United States. Though in the shadow of Glacier National Park yet no less spectacular, the Sawtooth Range forms a chainsaw ridged crest of peaks that are dramatically fronted by flat-iron plates.

Full of fossils from seashells, corals, and tubeworms, these limestone strata were once the floor of shallow Cretaceous-era seas, some 70 to 100 million years ago. In the immediate foreground in this image above, you can see Sun River Canyon, where the Sun River has cut its way through the limestone over millions of years.

Human history in the Sun River canyon goes back possibly 12,000 years. The oldest stories tell of early First Nations tribes, primarily Crow, Salish, and Blackfeet, who hunted the abundant elk, deer, and migrating buffalo along the rich watershed of the Sun River also known as the “Medicine” River. Early man came through here, as well as historical Native tribes from both sides of the mountains, and they left their marks to tell their story.

The site is near the junction of two important trails. One is the Old North Trail that runs north-south from near Edmonton, Alberta into northern Mexico. The other comes across the mountains east and west and is called “Raising Dust Trail” by the Blackfoot.

Tribes like the Flathead, Pend d’Oreille, Kutenai, Nez Perce, and others from the Plateau area on the west side of the mountains came through here to hunt the buffalo of the plains. From this location, they would send out their scouts out in the area to see if the Blackfoot were in around and then decide if a peace could be made with them.

Or if the Blackfoot were elsewhere they might just be able to complete their hunt and be back across the mountains before being discovered. Dragging their travois with horses or dogs, the dust could be seen for miles. 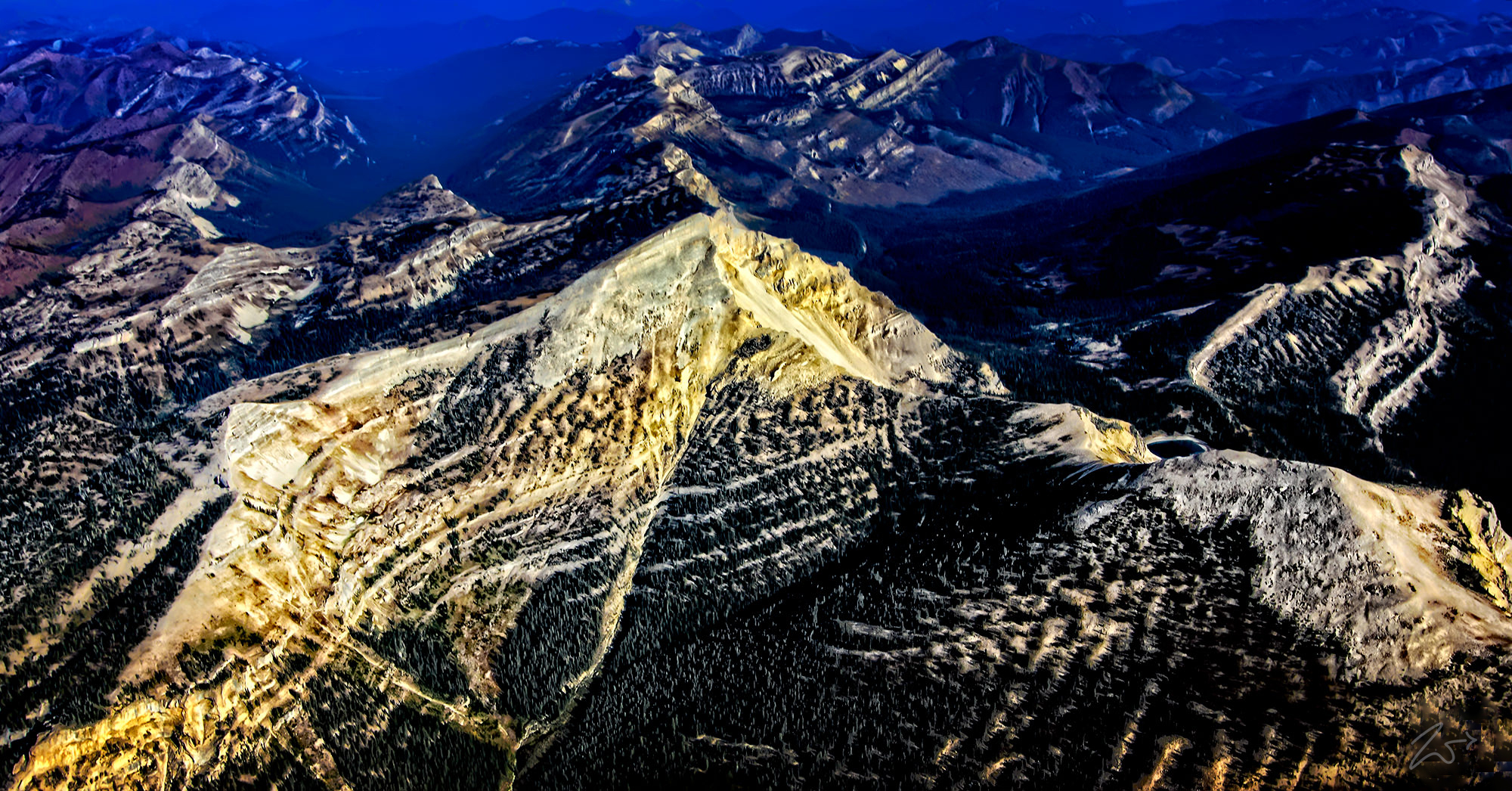 The Blackfeet called the Sun River Valley the “best game country west of the Mississippi” and “Corner of the World” because of the Rocky Mountains to the south and to the west that channeled the wildlife into the Valley. However, the quality of the hunting grounds caused frequent conflicts between the tribes inhabiting the area.

Sometime in the late 1700s or early 1800s, a tragic battle between the Blackfeet and Crow occurred near the headwaters of the Sun and resulted in significant casualties on both sides. To this day, stories of the battle remain interwoven throughout Blackfeet and Crow oral histories.