This is called Shinumo Altar, a 600-foot mesa that sits alone in the middle of the valley just south of the Grand Canyon. And it has a very interestingly named formation with a somewhat strange naming convention; It was originally named Snake Gulch but Frederick Dellenbaugh, an American explorer in the period between 1870 and 1926, actually named it such because in his words “it looked very much like a great altar and the Paiute called the former occupants of the country “Shinumo”, therefore I applied the name Shinumo Altar, purely on a descriptive, not on an archaeological, basis.”

The First Nations Paiute peoples called the former ancestral nations “Shinumo”, also known as the “Anasazi” and as well the “Histatsinom”… all these names have the same meaning “people who lived long ago”. And their ancient ruins and petroglyphs can be found all over this area.

Zedekiah: “I am flying directly over Little Mountain, the base of which can be seen below to the right. That is Rock Canyon Creek coming out from the base of the Little Mountain. Above that you can see where the canyon starts to widen, this is where Vaseys Paradise, Stantons Cave, Bedrock Canyon and Fence Canyon all come together. This is also the boundary of the House Rock State Buffalo Ranch, the Grand Canyon National Game Preserve and the National Game Preserve.” 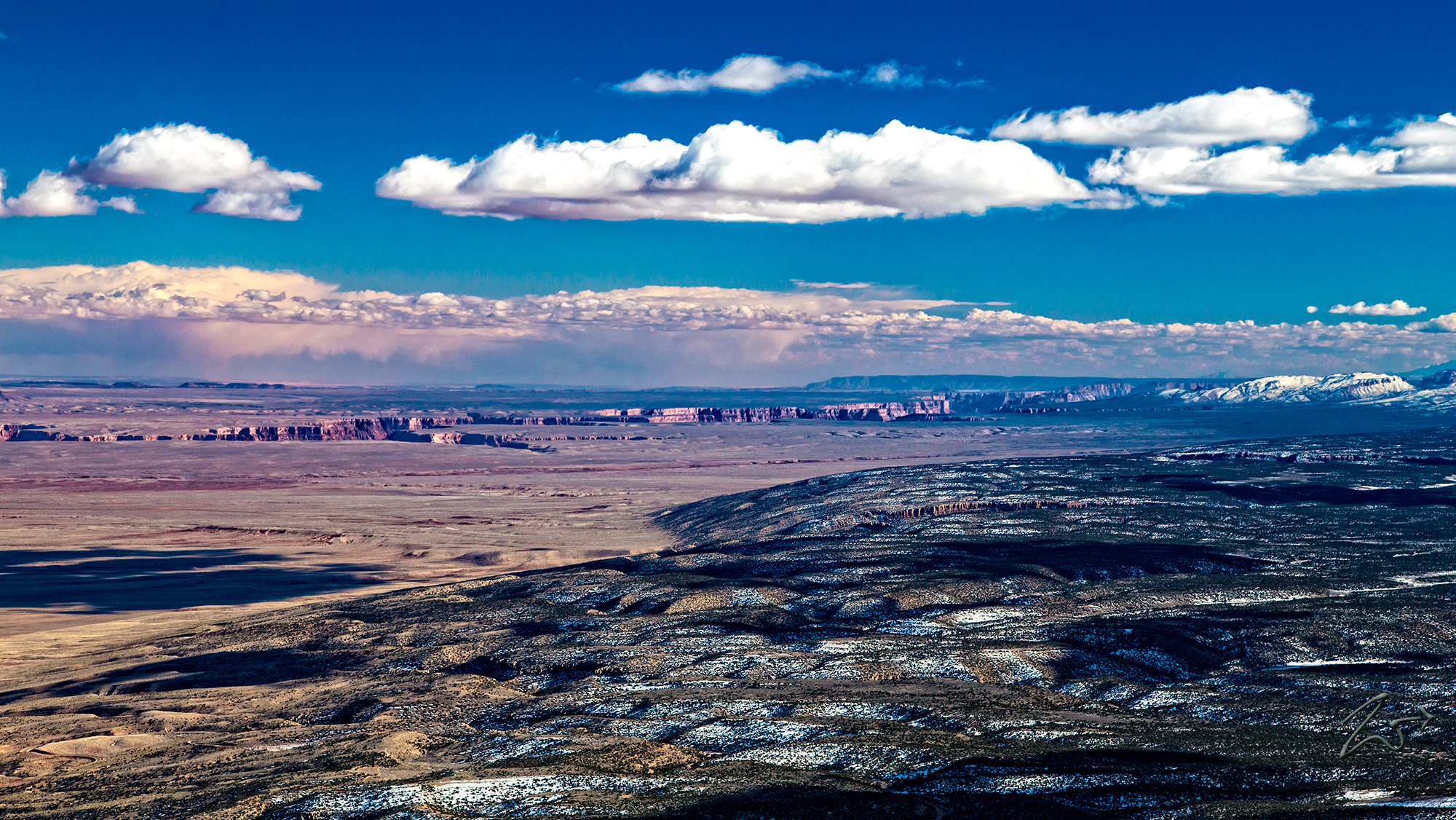 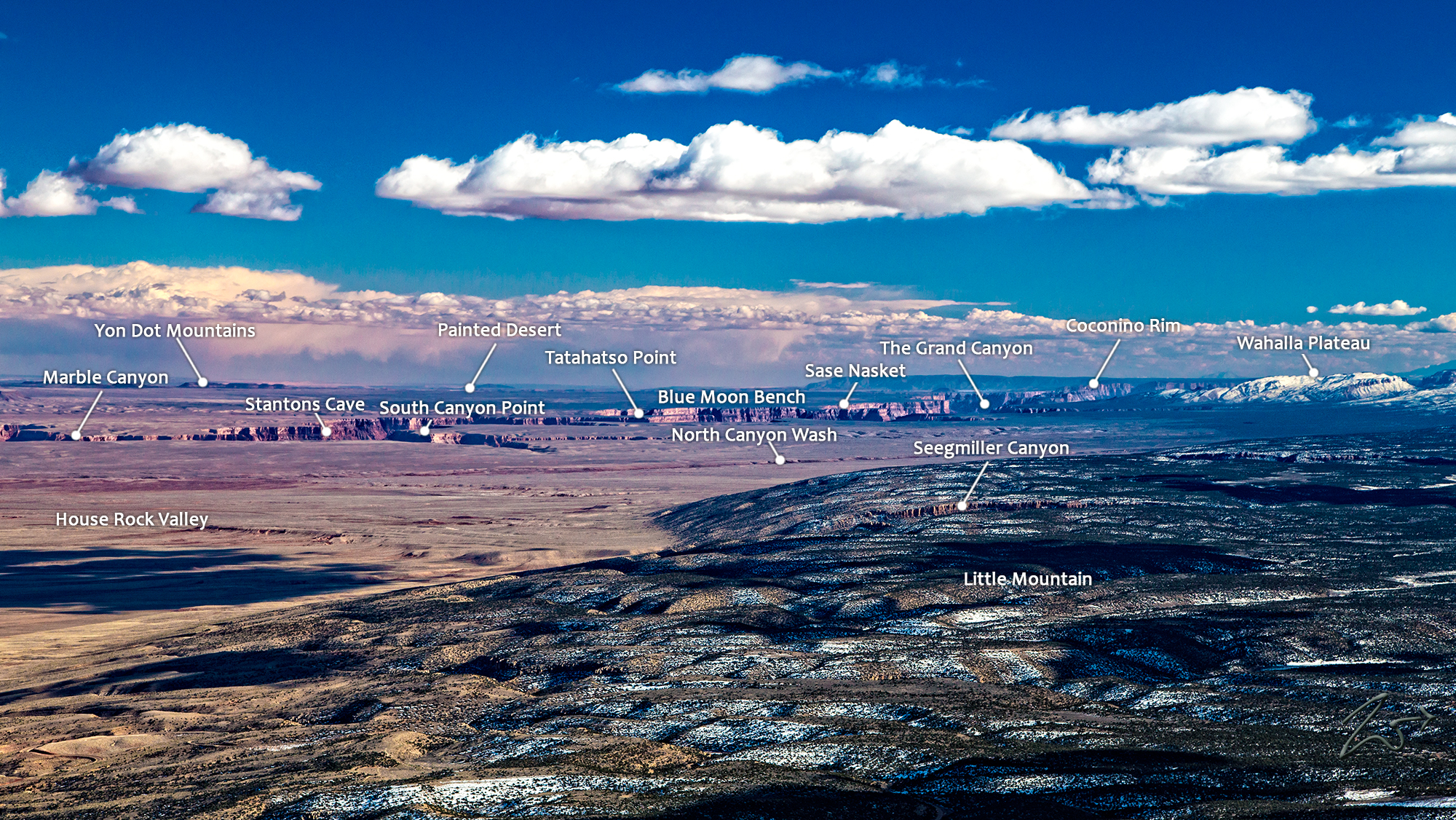 Stanton’s Cave, is named after Brewster Stanton who used the cave to cache tools during an 1889 retreat from the canyon, is home to a summer maternity colony of Townsend’s big-eared bats (Corynorhinus townsendii). Past exploration of the cave’s contents and a door installed to keep out looters put the bat’s survival at risk. 2,000 pounds of steel were welded on site in 1997 to create a gate that keeps out the looters but allows easy access for bats.

Bus Hatch joined early Grand Canyon explorations to Stanton’s Cave where he identified several ancient Anasazi split twig figurines in 1934. Some of the figurines were later recovered by the Park Service and date to be over 4,000 years old. In addition to the figurines, there are remains of ancient horses, Harrington mountain goats, humpback Chub fish, California Condors, and extinct vultures, among other items.

Zedekiah: “I lensed this image late in the afternoon in mid-winter, hence snow on the ground on Little Mountain in the right foreground, in the distance the sun is further over the horizon so the alpenglow effect has already begun to cast a purplish hue onto the distant clouds whereas the clouds directly in front of us are still daytime cotton white. One of the things that excite me about shooting long-range wilderness landscape images is the relative view of time seen in exactly this sort of effect. It is beautiful to behold.”