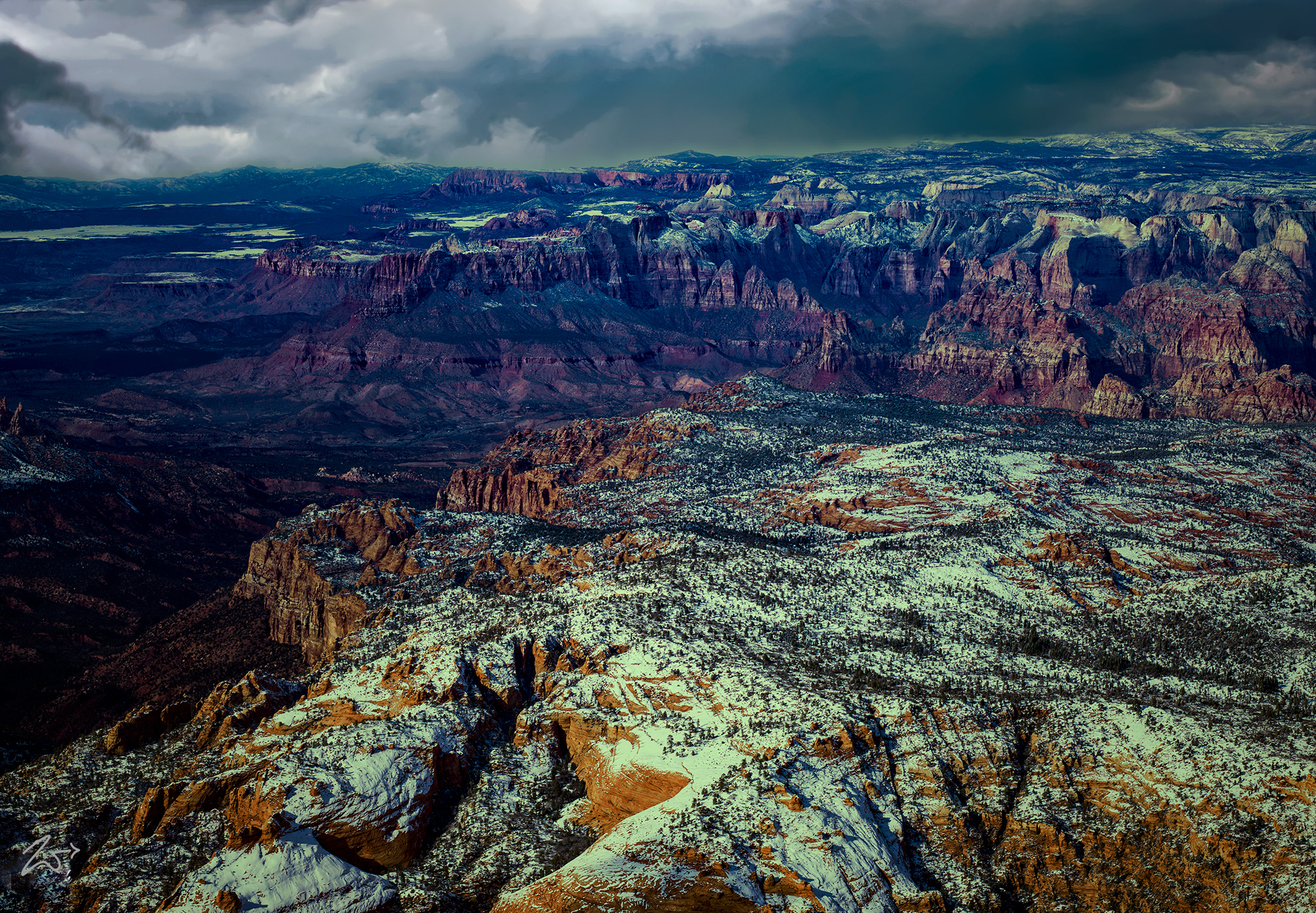 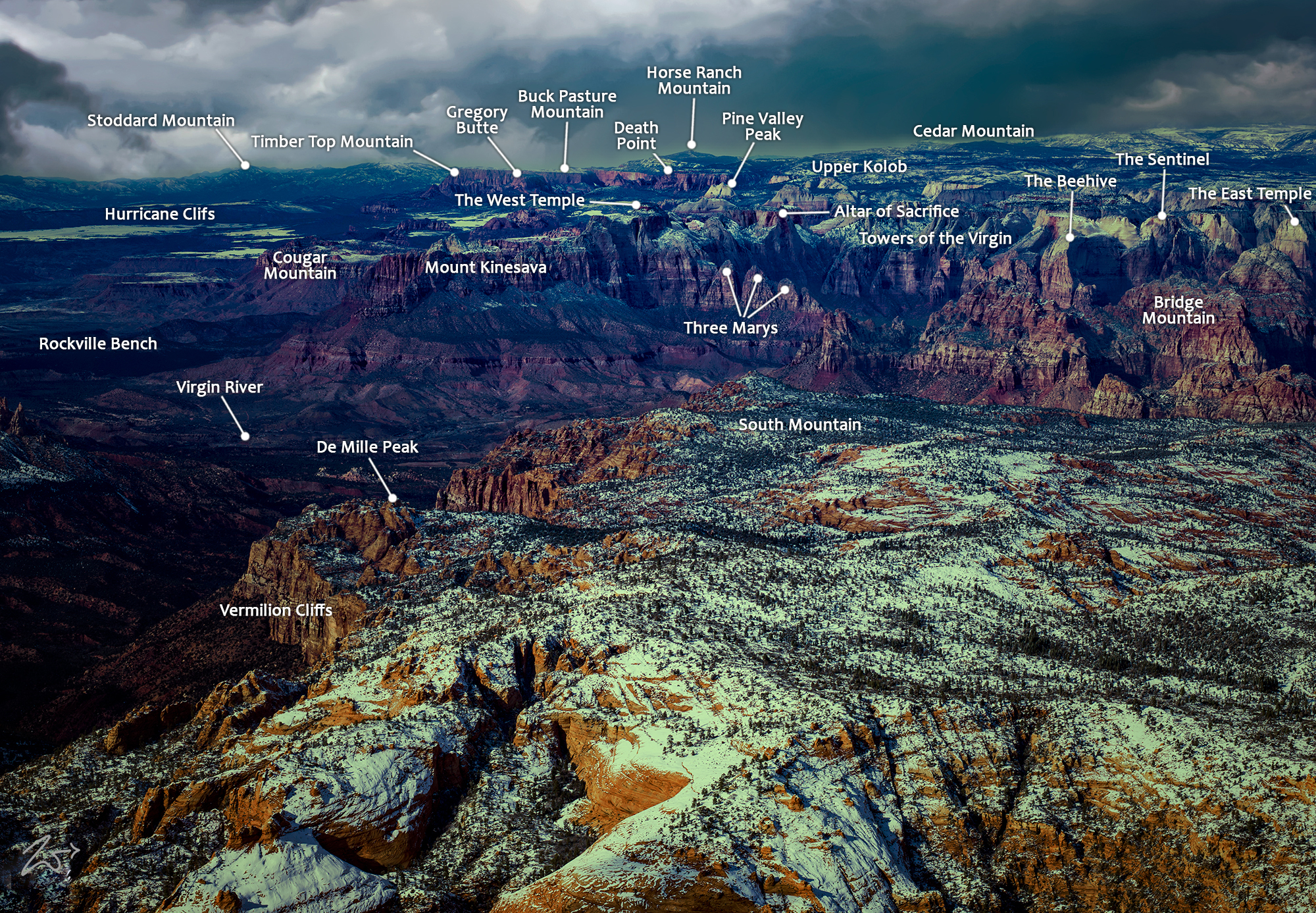 This is Zion National Park as seen from above Shunesburg Mountain and the Parunweap Canyon. The deep canyon to the immediate left contains the East Fork of the Virgin River which is a 162 miles (261 km) long tributary of the Colorado River that flows through Utah, Nevada, and Arizona. Across the canyon, in the middle of the image, we see Johnson Mountain and Mount Kinesava. Between the two lays the main entrance to Zion National Park through the community of Springdale. In this image, we can also see iconic locations in the park such as the Western Temple, the Altar of Sacrifice, Petrified Forest, Cougar Mountain, and The Watchmen and all the way to the north end of the park where we see Timbertop Mountain.

Zedekiah: “I captured this image while chasing the tail end of a snowstorm, it was freezing cold at altitude especially as I was shooting through an open cockpit window in the airplane. I am at an altitude of 8,500 feet (2,590 m) heading to the north by northeast. If you open the image full screen you can see clearly see the trees in the snow in the immediate foreground. This gives a true sense of scale for the size of the area in this photograph.”

The remarkable physical feature we now call Zion Canyon is located on the southern part of the Markagunt Plateau where it is deeply dissected by the Virgin River and its tributaries. Erosion has left deep canyons (slot-like in many places), soaring cliffs, and huge monoliths. Though strikingly beautiful, this is a harsh and incredibly rugged environment.

The Anasazi people inhabited Zion from approximately 1,500 to 800 years ago, leaving behind abandoned cliff houses and rock art throughout the park and when settlers arrived in 1858, the Paiute Indians occupied the canyon. Originally this was known by the First Nations Southern Paiute tribes as either “Mukuntuweap” meaning “straight canyon”, or “ I-oo-Gune” meaning “like an arrow quiver“. Accounts vary historically and it is unknown for certain as it has been lost to history.