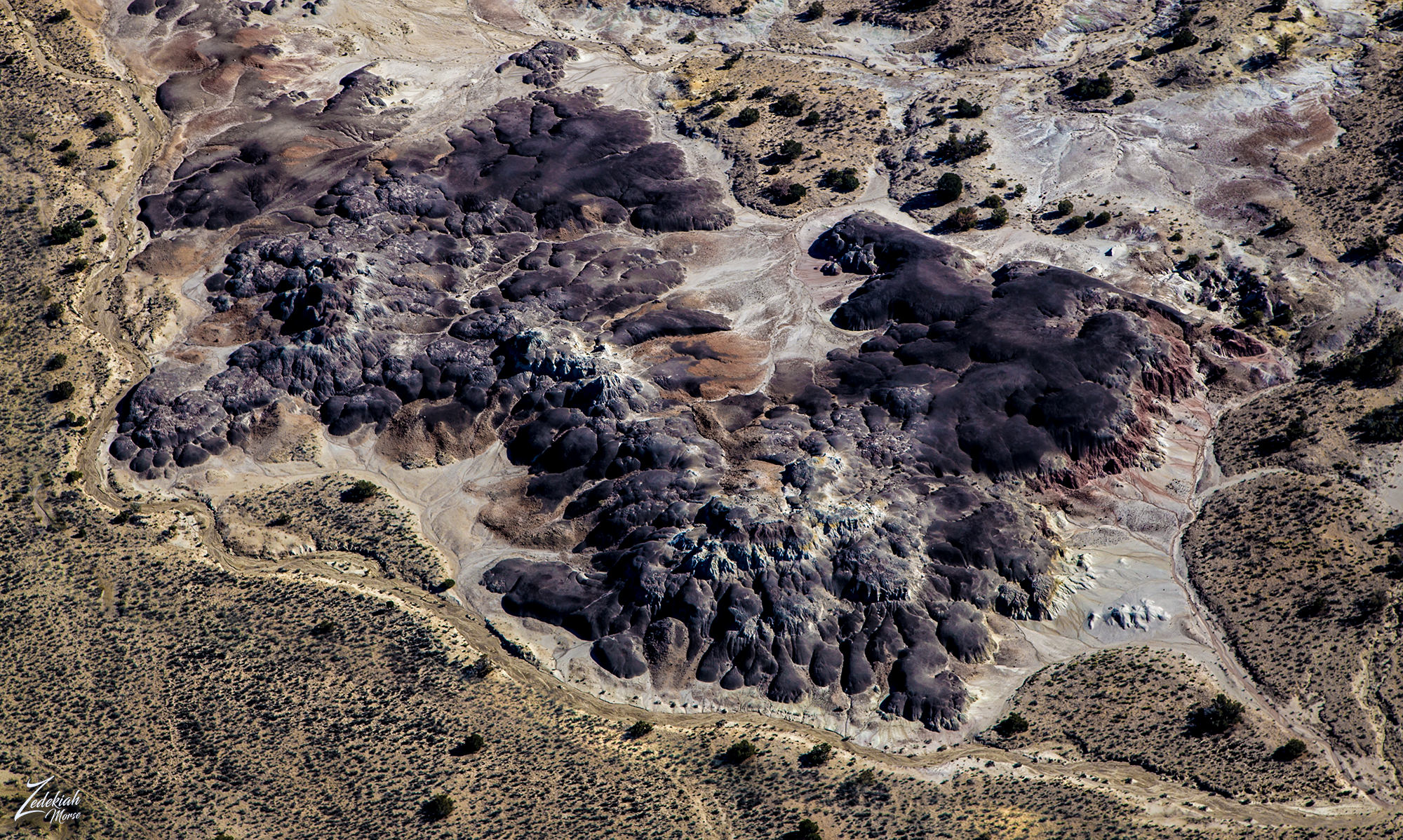 These are some very odd “bubble” formations all clumped together at the bottom of the sloped ridge of the western part of Sisnathyel Mesa in the San Isidro Valley below Ceja Pelon Mesa. These are commonly known as “Badlands”.

Ceja Pelon Mesa is one of the lesser badland regions of northwest New Mexico – areas of exposed, fossiliferous, sedimentary rocks, partially or totally unvegetated, containing a variety of eroded formations.  This area is rarely visited, partly as it lies a relatively long way (13 miles) from a paved road, close to the easternmost edge of the First Nations Diné (Navajo) Reservation, in an otherwise uninhabited region.

Like all the other badland regions in New Mexico, there is much petrified wood scattered over the slopes, here mainly yellow-brown in color, and including sizeable trunks up to 30 feet long. Ceja Pelon lies just south of the continental divide, draining into the Rio Grande rather than the Colorado River, but it is still considered one of the San Juan Basin Badlands.