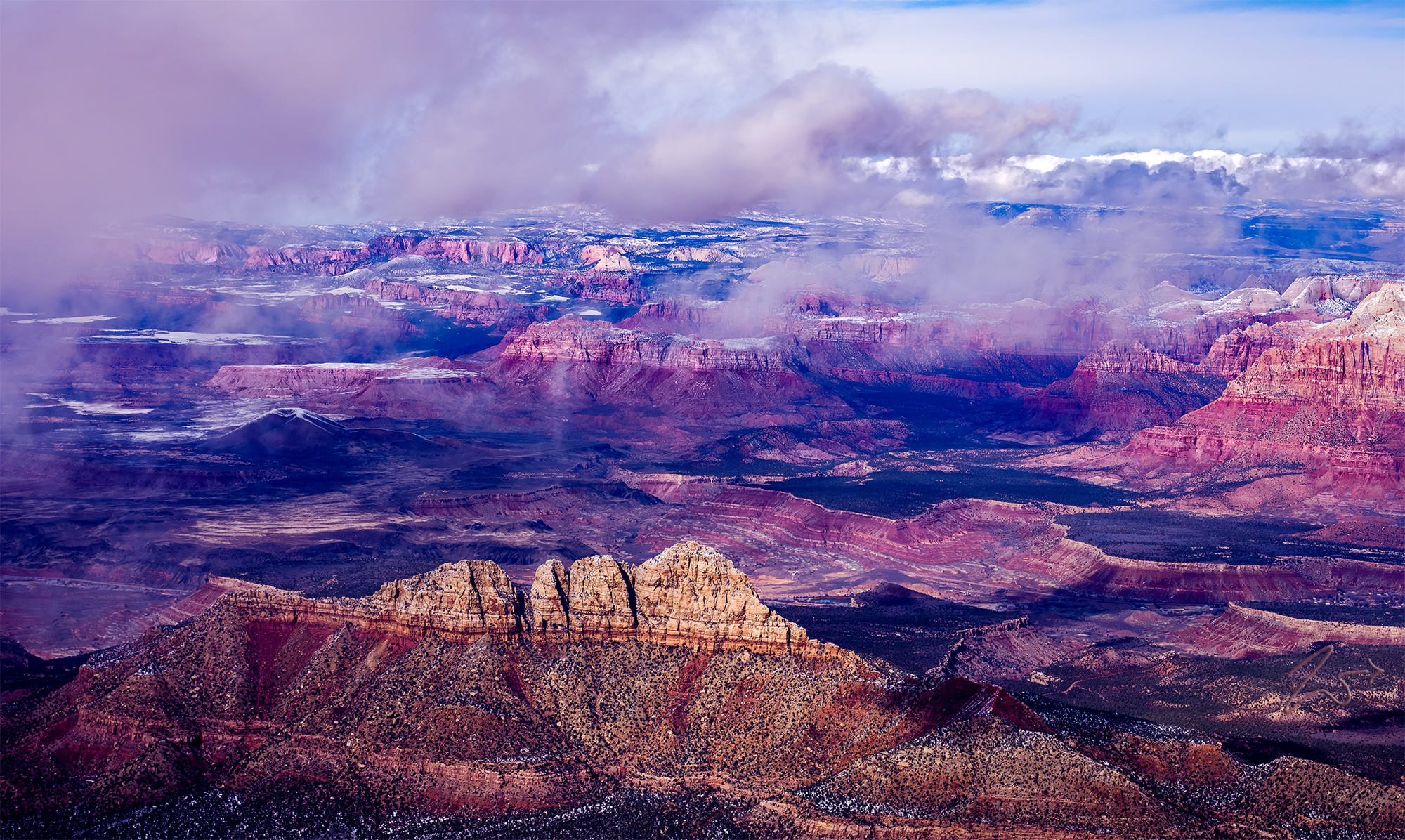 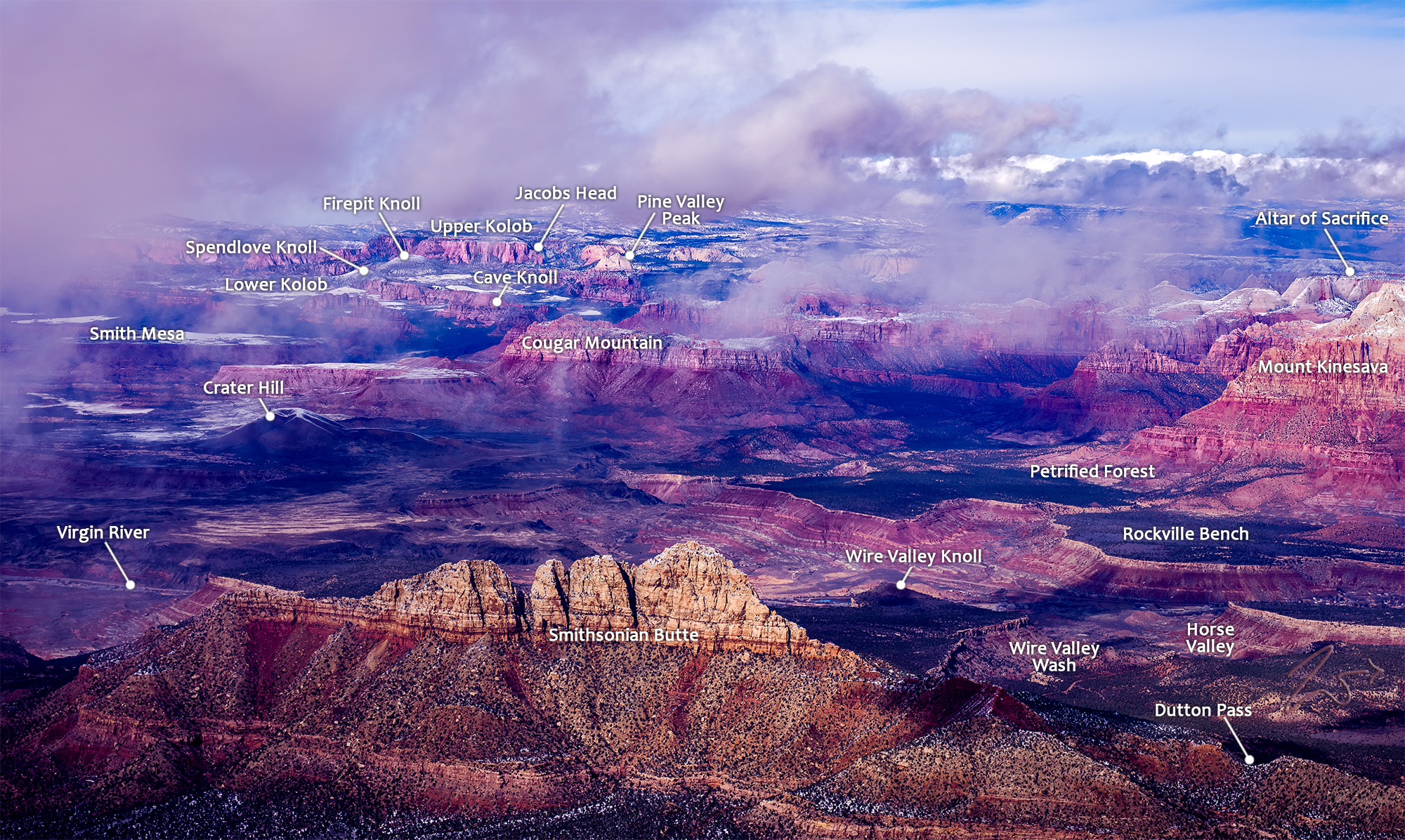 This is Zion National Park as seen from the southwestern side of Smithsonian Butte, the formation in the foreground of this image. There is an old ghost town at the base of this butte that was known as Grafton, but nowadays all that remains is the reverent quiet of the Grafton Cemetery, which contains between 74 and 84 graves dating from 1862 to 1924.

Only the weathered stone headstones hint at the extreme hardships early settlers area faced when called to try to raise cotton on the banks of the Virgin River by Mormon church leaders.

An interpretive sign placed by the Grafton Heritage Association near the graveyard offers a history of the area including what it calls “the hard year of 1866.” That’s when 13 people in the small community died, some killed by Indians, others when a swing broke, and a few by diphtheria and scarlet fever.

In the middle left of the image, you can make out the shape of the Cinder cone called Volcano Mountain, one of many volcanoes in the Zion Park area.