These are the Spring Mountains and the amber red Sandstone Bluffs of Red Rock Canyon just west of Las Vegas, Nevada. On the far left of the image is Potosi Mountain rising above Cottonwood Valley and moving to the right we have Mount Wilson, Rainbow Mountain, and Bridge Mountain. To the right of that on the horizon in the distance is Mount Charleston, cloaked in clouds. The great sandstone cliffs at Red Rock, thousands of feet high, are Aztec Sandstone and are 180 – 190 million years old.

They are the remains of ancient lithified sand dunes from a vast desert that once covered a large part of the Jurassic southwest those many millions of years ago. Lithification is the process of changing unconsolidated sediment into sedimentary rock. The red colors striping across some of the outcrops are from iron oxide or hematite when exposure to the elements caused iron minerals to oxidize or “rust,” resulting in red, orange, and brown-colored rocks.

Zedekiah: “I shot these images after the large storm passed through the area. I am flying northbound and in this image, I am directly above the Red Rock park visitor’s center shooting to the west. It is very early in the morning and the clouds are casting beautiful shadows across the valley.” 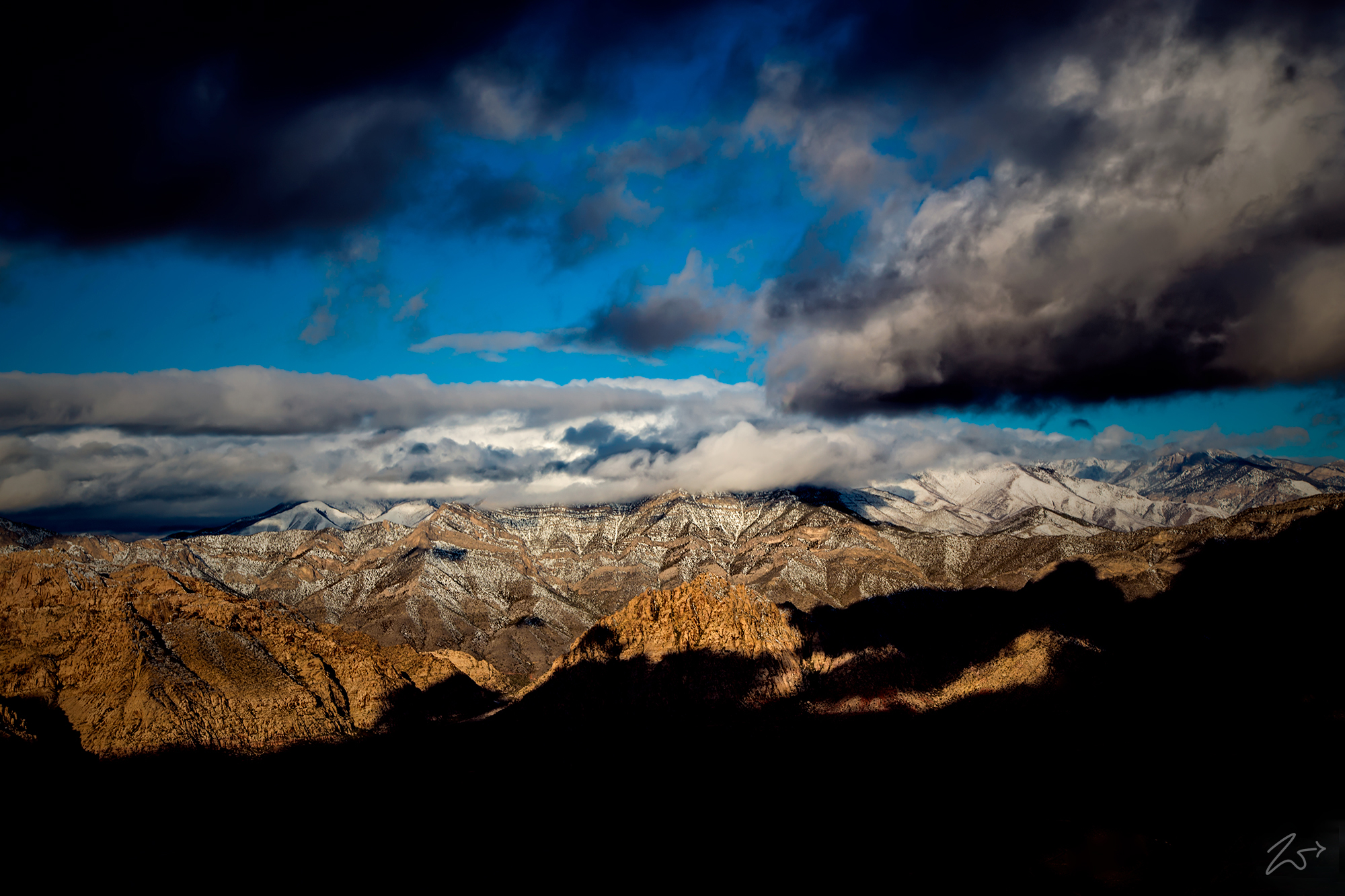 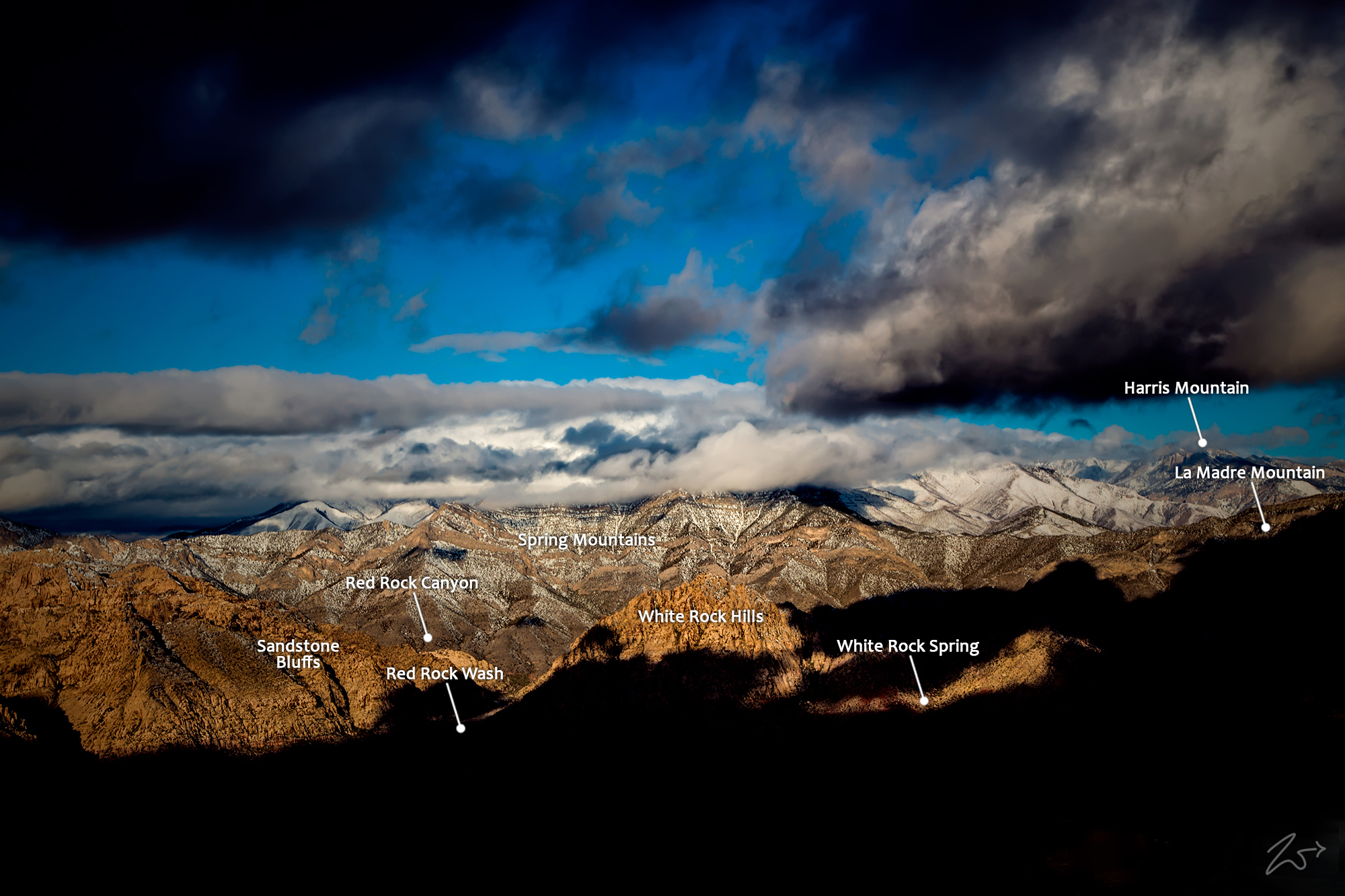 In the desert around Red Rock Canyon and the Spring Mountains water can be very scarce. However, Red Rock Canyon contains more than 40 springs, and numerous natural catchment basins (known as tanks or tinajas). With a source of dependable water, plant and animal life is richer and more concentrated here than in the surrounding desert.

This abundance of food sources made Red Rock Canyon very attractive to First Nations hunters and gatherers such as the Southern Paiute and the much older Archaic, or Desert Culture Tribes. These people traveled in small mobile groups ranging over vast areas following seasonal plant foods. Red Rock Canyon was an important stop on these seasonal rounds.

The more settled agricultural groups in the area, such as the First Nations Patayan Culture, who resided along the banks of the upper and lower Colorado River near the site of modern-day Hoover Dam, along with the Anasazi have left artifacts indicating they either traded for goods or traveled to Red Rock Canyon for its resources.

Red Rock Canyon is considerably higher in elevation than the river valley homelands of these two groups and as such had several higher altitude plant and animal types that would have been unavailable at the lower elevations. Anasazi Indians either visited Red Rock Canyon or at the very least traded with resident Tribes because pieces of broken Anasazi pottery ceramics have been discovered in the canyon. 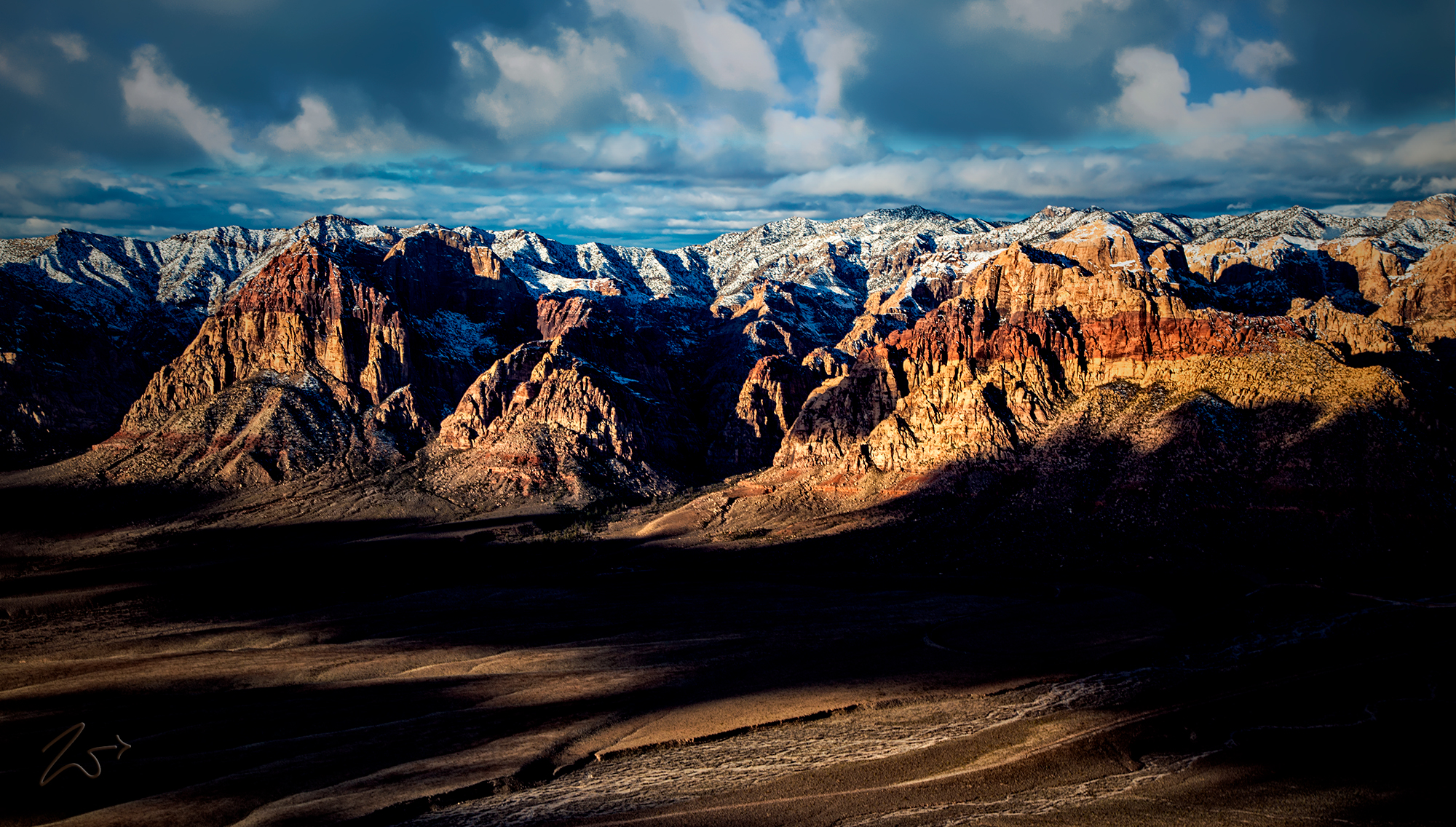 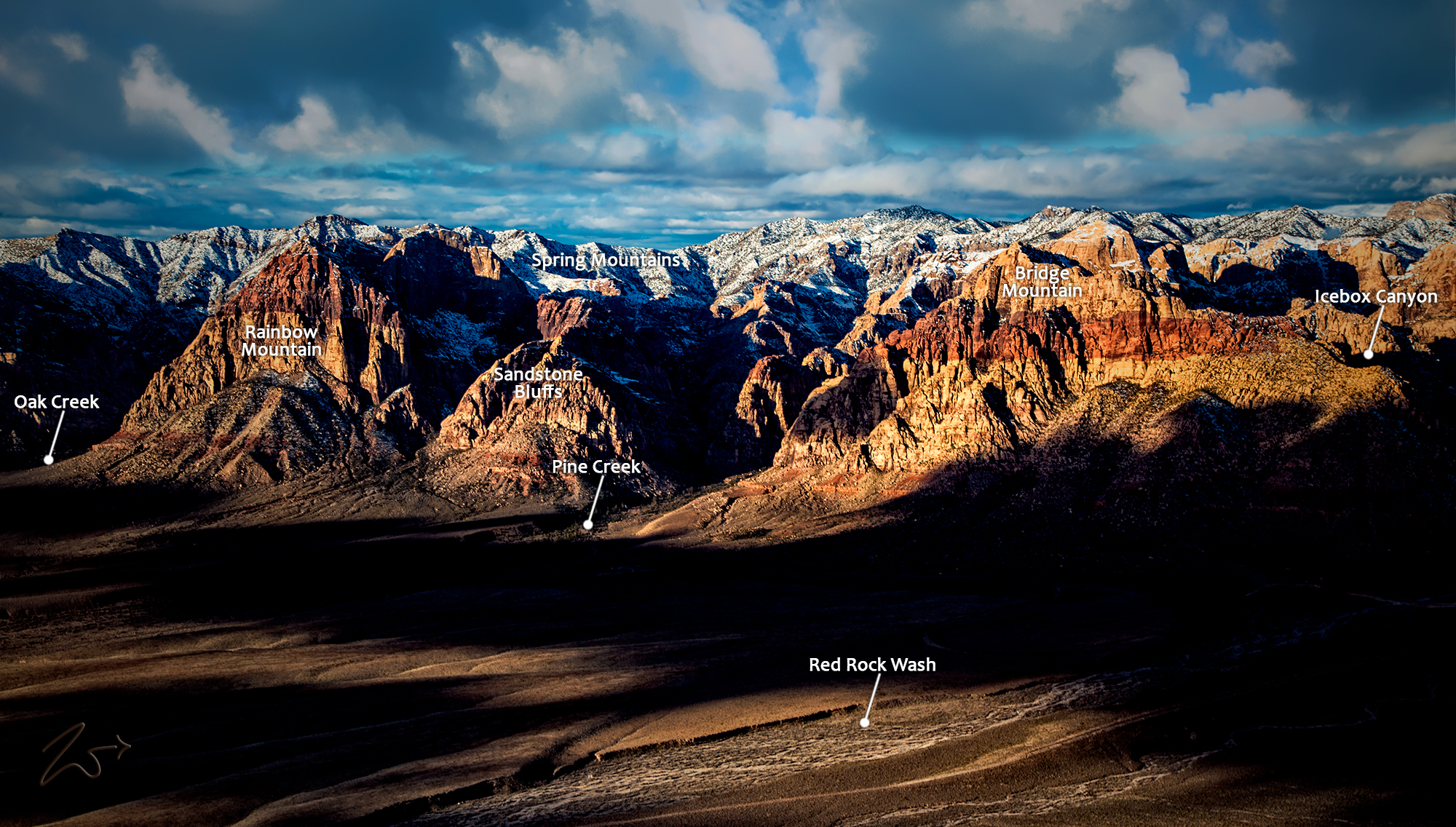 In the early 1900s, around the time the first European Americans settled in nearby Las Vegas, a small sandstone quarry operated near the northern area of what is now the scenic loop. In 1967, the Bureau of Land Management designated 10,000 acres (4,000 ha) as the Red Rock Recreation Lands. By 1990, special legislation changed the status of the Red Rock Recreation Lands to a National Conservation Area, a status that also provides funds used to maintain and protect it.

Today Red Rock Canyon is a beloved mecca for nature lovers with a wide variety of available activities, the most popular being hiking, biking, rock scrambling, and rock climbing.