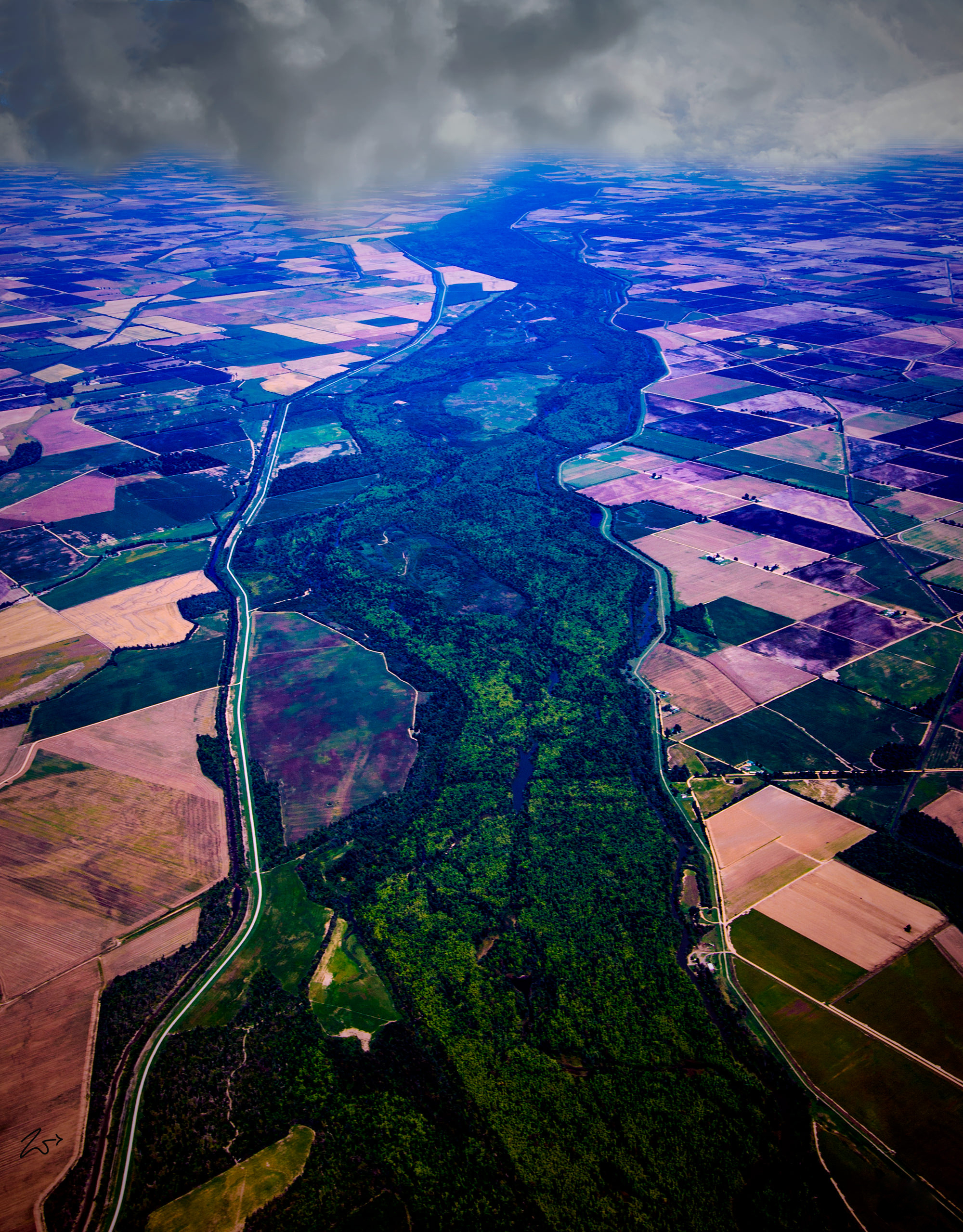 An aerial view of St. Francis Sunken Lands in northeast Arkansas, this region was utterly ravaged by intense earthquakes that kept occurring from December 1811 through February 1812. Few people lived in the area then, but the earth sank along the St. Francis  River, along the Mississippi River and created new looks to the environment.

Called the New Madrid Earthquakes, the ground began shaking in December 1811, in the territory which is today northeastern Arkansas but was very sparsely populated at the time. The earthquake was so powerful it caused the Mississippi River to actually ran backward for a while after the quake hit! And these  St. Francis Sunken Lands along with Big Lake just to the north are  Arkansas legacies of the upheaval.

An early chronicler described the earthquakes’ effect as the ground moving like waves on the land when suddenly the earth would burst,  sending up huge volumes of water and sand, leaving chasms where the earth had burst open. Huge lakes were created (such as Tennessee’s  Reelfoot), and near the St. Francis River in northeast Arkansas, vast tracts of land sank as far as fifty feet into the earth or literally disappeared into the river.

The earthquakes continued rumbling all the way through March 1812,  and land continued to sink in much of today’s Craighead, Mississippi,  and Poinsett counties. Afterward, surveying the damage in canoes, folks recorded their shock at seeing entire forests of huge trees submerged under murky water with only the tallest branches visible.

Large lakes replaced hills, and giant fissures filled with stagnant pools. For miles, the quakes caused land to sink beneath the level of the surrounding countryside. This once bountiful northeast Arkansas landscape, filled with verdant forests, abundant game, and fertile ground…. became the swamp you see here.

Surrounded by farmlands this is now a duck hunting and bow hunting attraction for sportsmen. Both are highly dependent on the level of water in the river, and close readings of the daily levels in newspapers are a virtual requirement for going after ducks, deer, and other game.

A change of a few inches of water in the flat country can make or break an outing.  In its forested river bottoms, travel can be very difficult even for locals. Boats are essential in some sections, but in other places, users can park vehicles and walk in to hunt, watch wildlife, and for other activities.