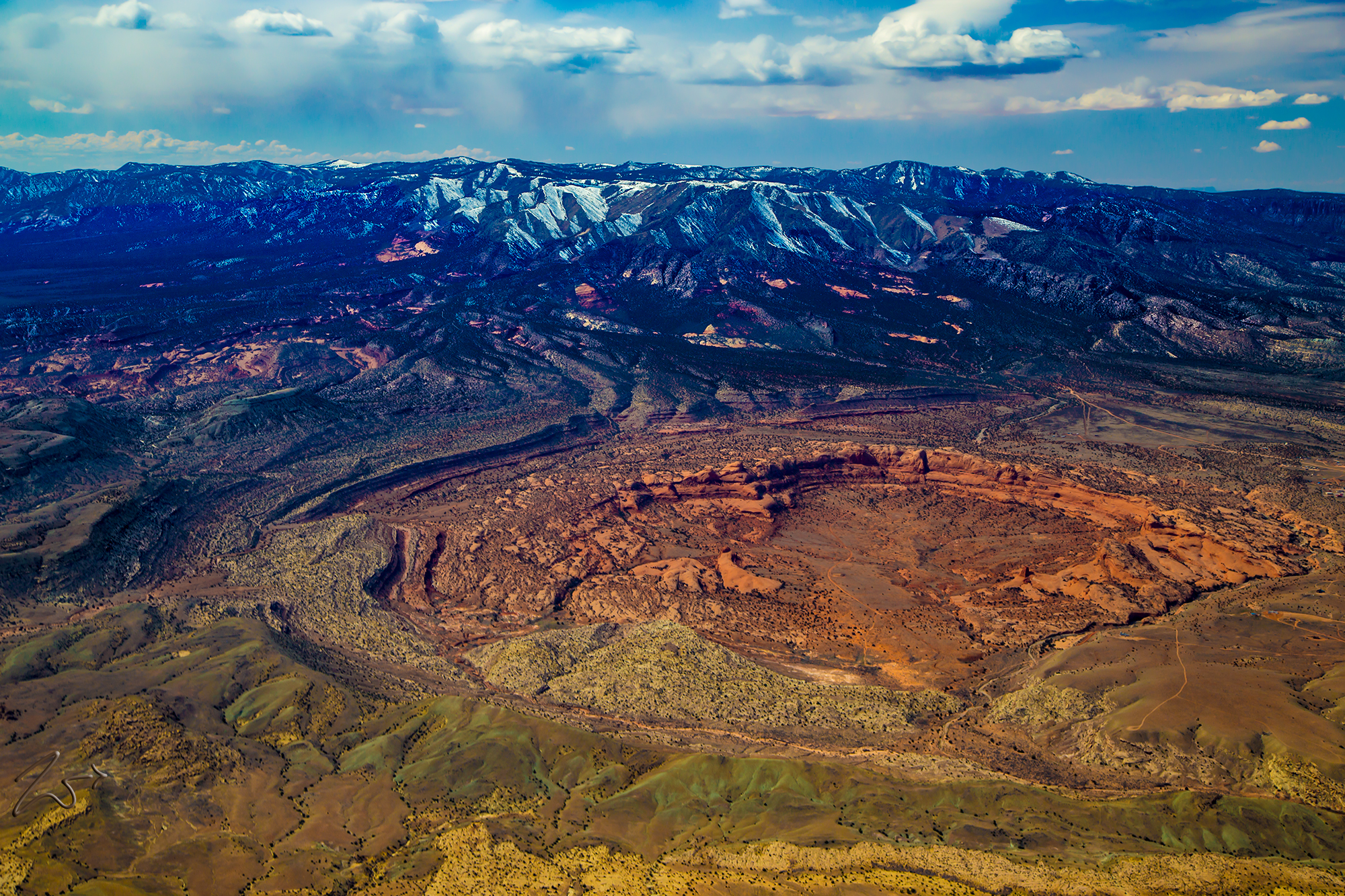 This strangely odd geologic formation is known as the Beclabito Dome, located in the Four Corners Region of New Mexico. In the background towering above the dome is Black Rock Ridge and Zibetod Peak. In Diné the word Beclabito translates to “Spring (or water) Under A Rock” which was named such for the many underwater springs which course through this area.

Located on the First Nations Diné (Navajo) Reservation, this is a collapsed and exposed Entrada Sandstone dome that was created by volcanic activity in the form of deep-seated igneous intrusions.  High temperatures deep in the earth converted the rocks into a hot liquid, which welled upward until it was hardened again by the cooler temperatures above. In short, this means the magma cooled off before it could reach the surface while the hot magma below the cooled bit kept pushing up through layers of rock on its way, which resulted in the dome.