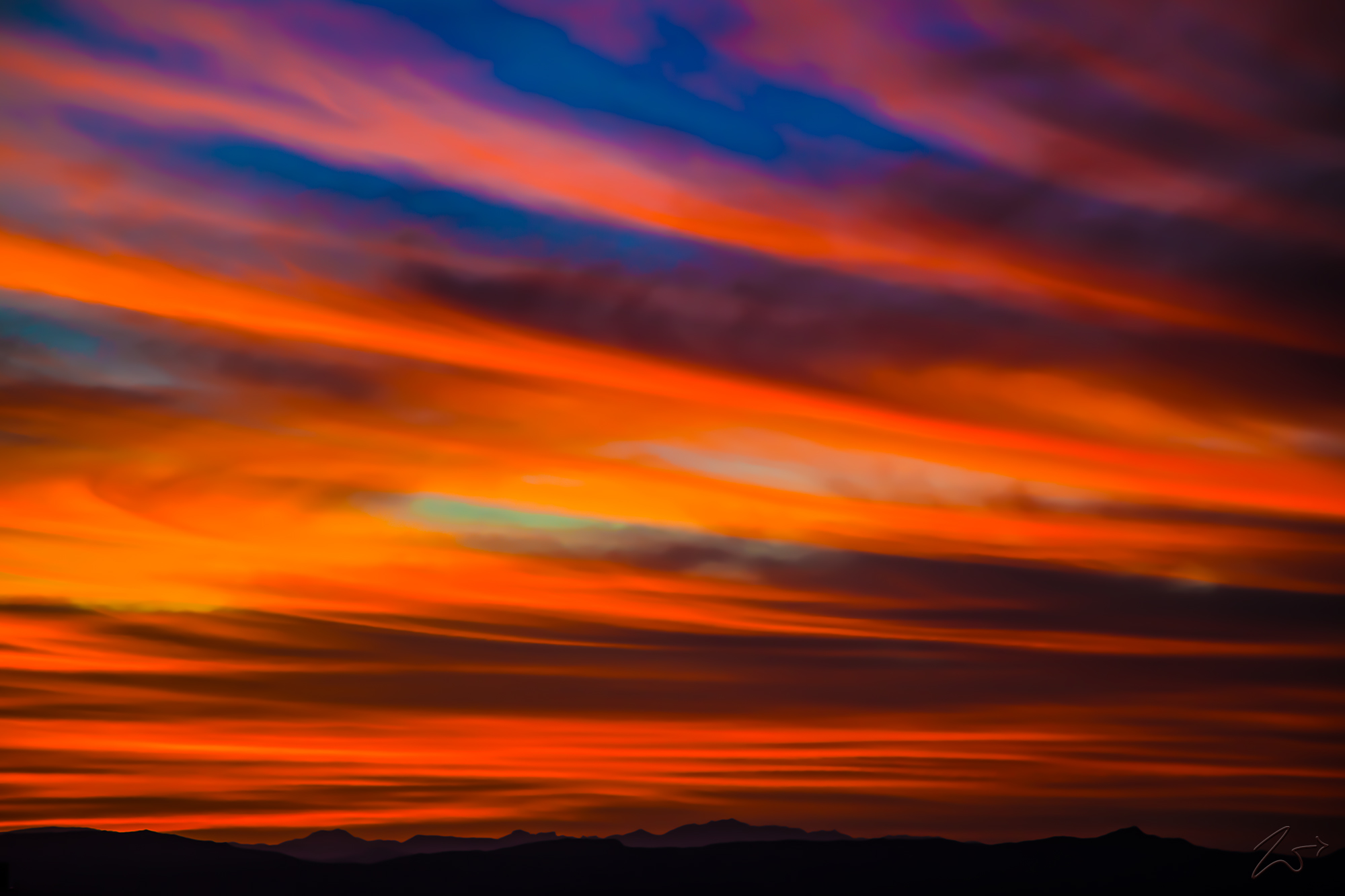 Alpenglow (from German: Alpenglühen, Italian: Enrosadira) is an optical phenomenon that appears as a horizontal reddish glow near the horizon opposite of the Sun when the solar disk is just below the horizon. This effect is easily visible when mountains are illuminated, but can also be seen when clouds are lit through backscatter.

Since the Sun is below the horizon, there is no direct path for the sunlight to reach the mountain. Unlike sunrise or sunset, the light that causes alpenglow is reflected off airborne precipitation, ice crystals, or particulates (dust and smoke) in the lower atmosphere.

These conditions differentiate between a normal sunrise or sunset and alpenglow. The term is generally confused to be any sunrise or sunset light reflected off the mountains or clouds, but true alpenglow is not direct sunlight and is only visible after sunset or before sunrise. After sunset, if mountains are absent, the aerosols in the eastern part of the sky can be lit in the same way by the remaining scattered red light straddling the fringe of Earth’s shadow (the terminator). This backscattered light projects a pinkish band opposite of the Sun.

Zedekiah: “I lensed this image just after taking off from the Boulder City Airport in Nevada. I was on my way to explore the southern Mojave Desert and was turning back to the east when the colors suddenly splashed this brilliant scene across the sky. It took a minute to get my camera set up as I was busy piloting the bushplane, but once I did I was able to capture this vibrant image!”