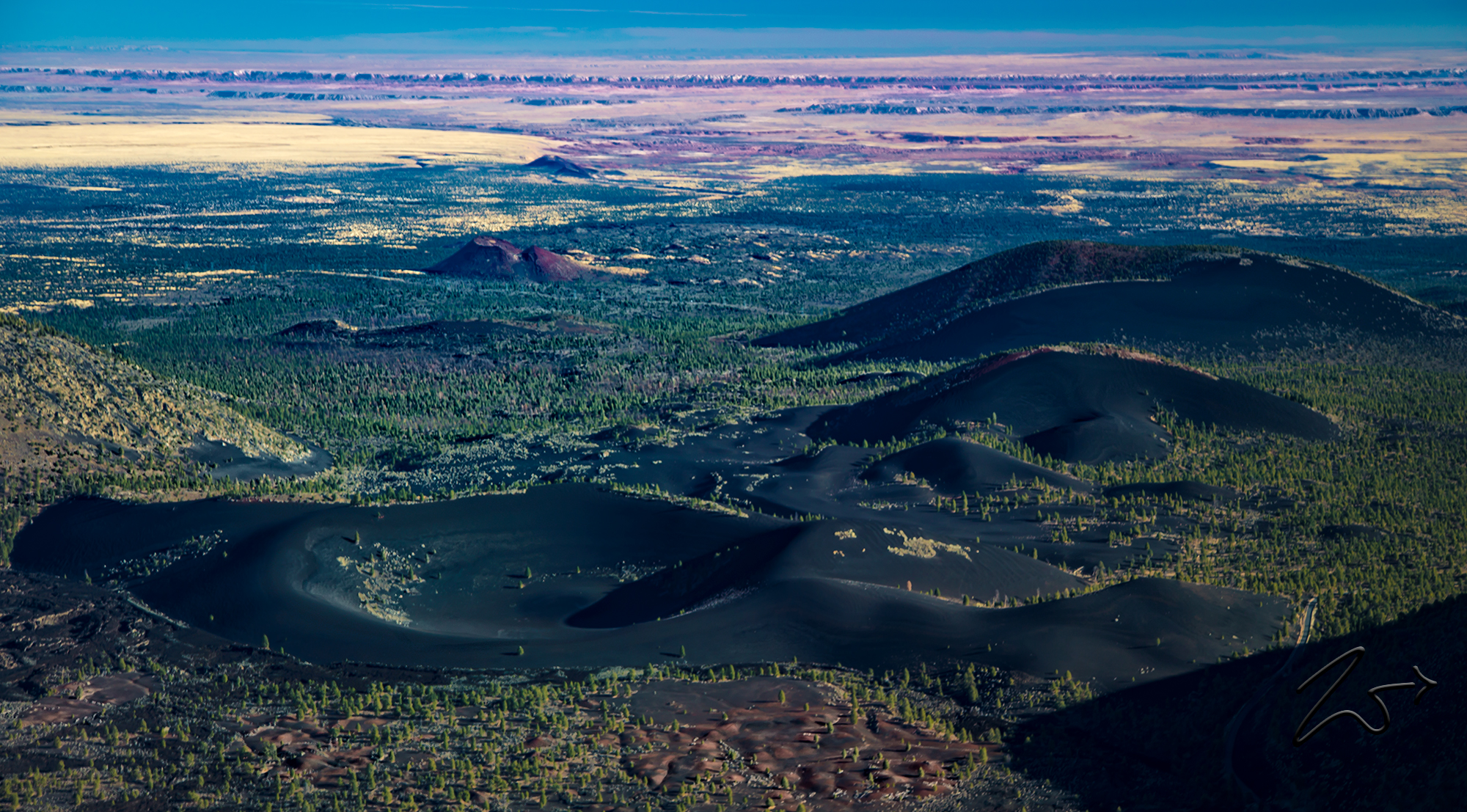 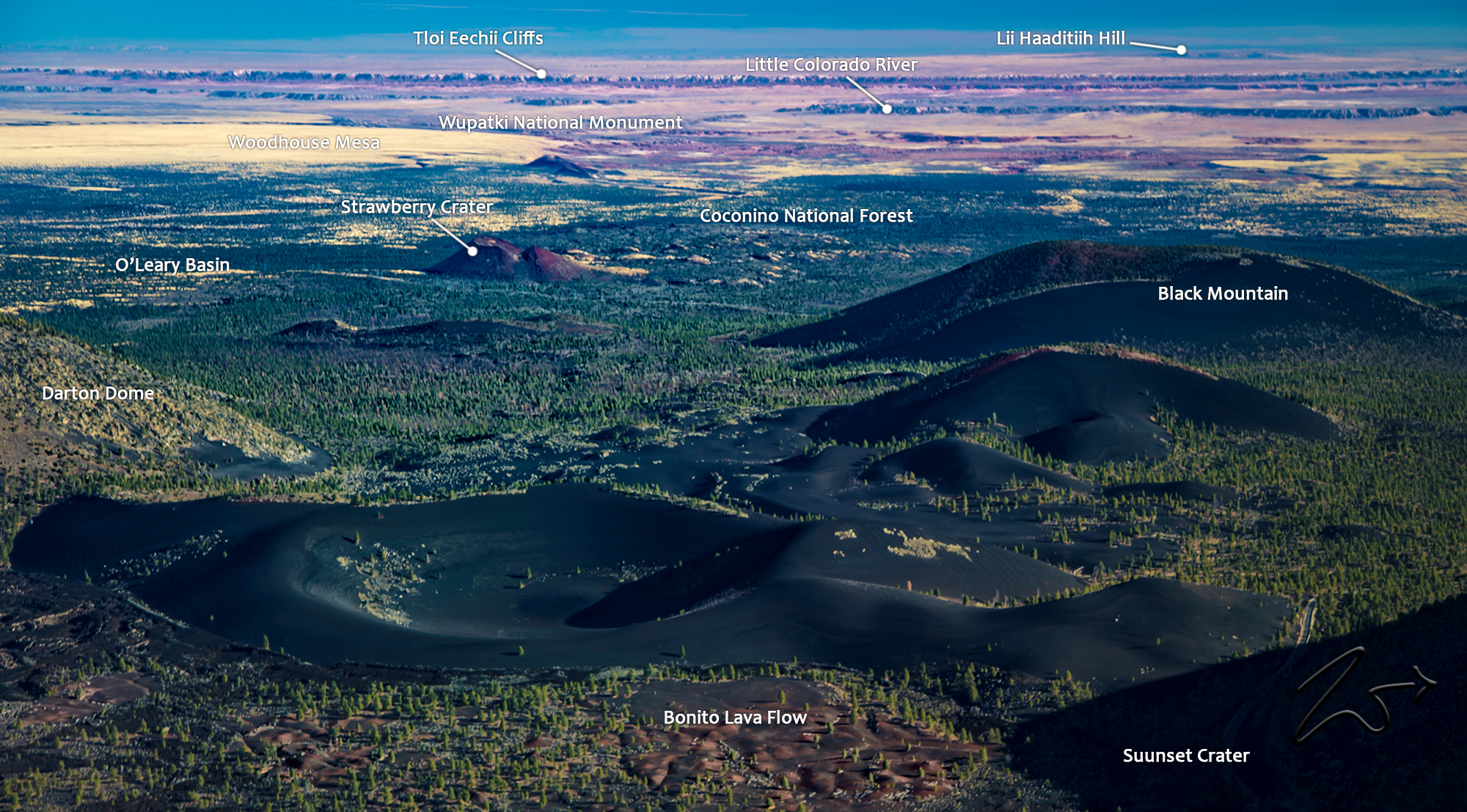 Sunset Crater near Flagstaff is only 932 years old, it has barely fallen asleep in geologic time. And though only a relatively small volcano when it erupted, there were First Nations Sinagua Tribes living around the  San Francisco Mountains close by.  So humans experienced this event! In the immediate foreground lies the Bonita Lava  Flow.Sunset Crater Volcano National Monument contains the results of much igneous activity – several colorful cinder cones formed by extinct volcanoes, and large expanses of lava and ash, mostly unobscured by vegetation and still pure black in color.

The dominant peak is Sunset Crater; as with the other cones its slopes have distinctive dusky red-brown patches formed by oxidized iron and sulfur, which caused John Wesley Powell, who was the first modern-day explorer of the area in 1887, to name the mountain ‘Sunset  Peak’.

The contrasting colors of the cinders provide the most unusual aspect of the national monument but the jagged and twisted lava fields are also quite spectacular.  Sunset and the neighboring craters are just one small part of the San  Francisco volcanic field, an extensive region of nearly 2,000 square miles that contains some 600 identified volcanoes.

This is lava that broke out the side of the cinder cone formed structurally complex flows some nearly two miles in length composed of basalt.  Flows typically start as pahoehoe,  thin and runny, forming a smooth ropy texture when cooled. As the lava cools and becomes thicker it changes into an “Aa” flow. Aa flows are characterized by their jagged, blocky texture. The majority of the lava here is “Aa” lava.

The Bonito Lava flow ranges in thickness from 5 feet at the edge to over 100 feet in the center. As this lava flowed out from the base of  Sunset Crater Volcano (in the near distance), it had a lot of gas still dissolved in it. As the gas came out of solution, just like the carbon dioxide in carbonated drinks, it formed bubbles in the lava.Some of these bubbles were frozen in the lava in what are called vesicles (if you look closely at the immediate foreground deposits in the top image you can see these). Most of the vesicles are small, but sometimes, the gas accumulates under the outer surface of the flow that has cooled forming large vesicles. 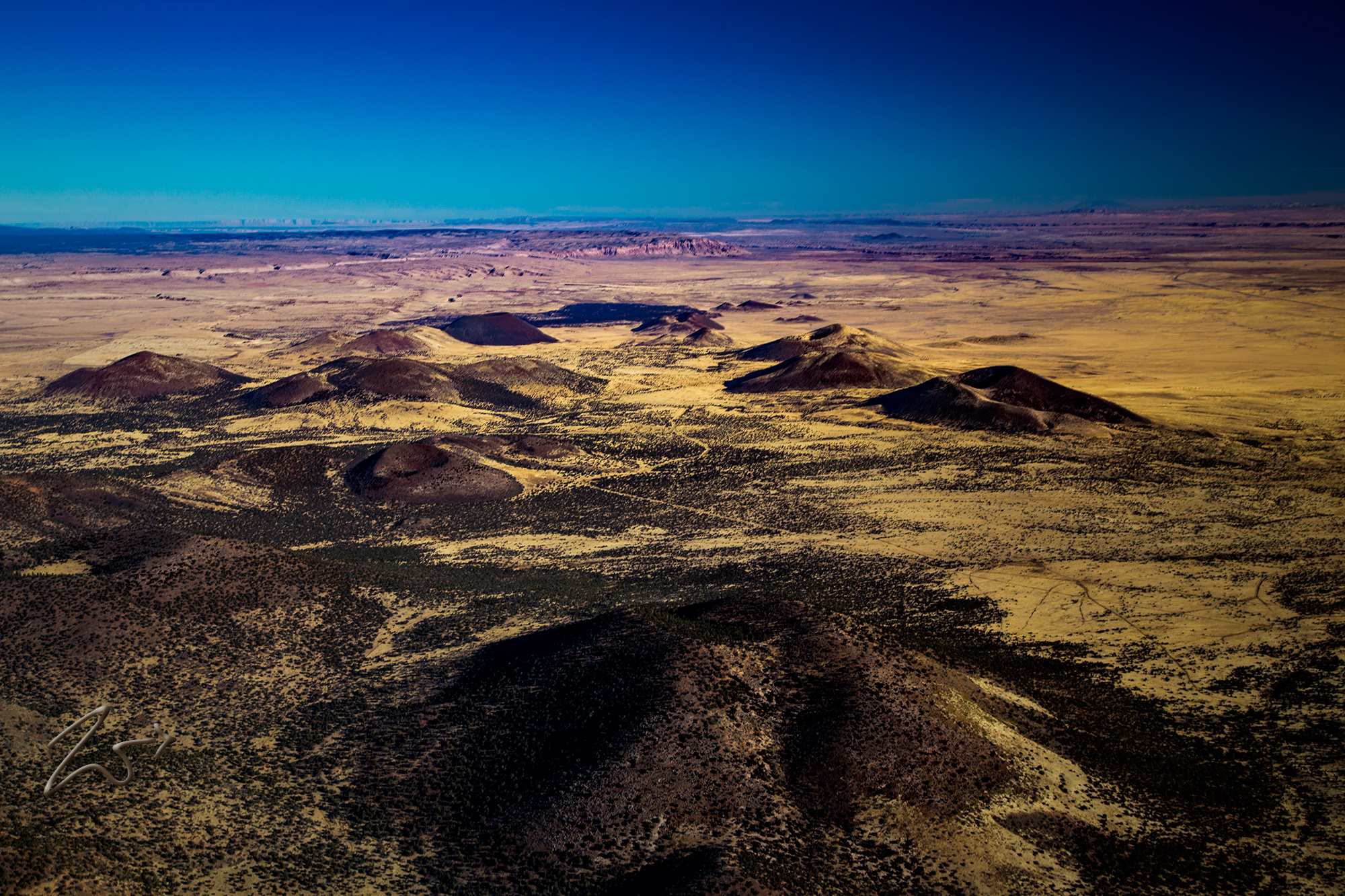 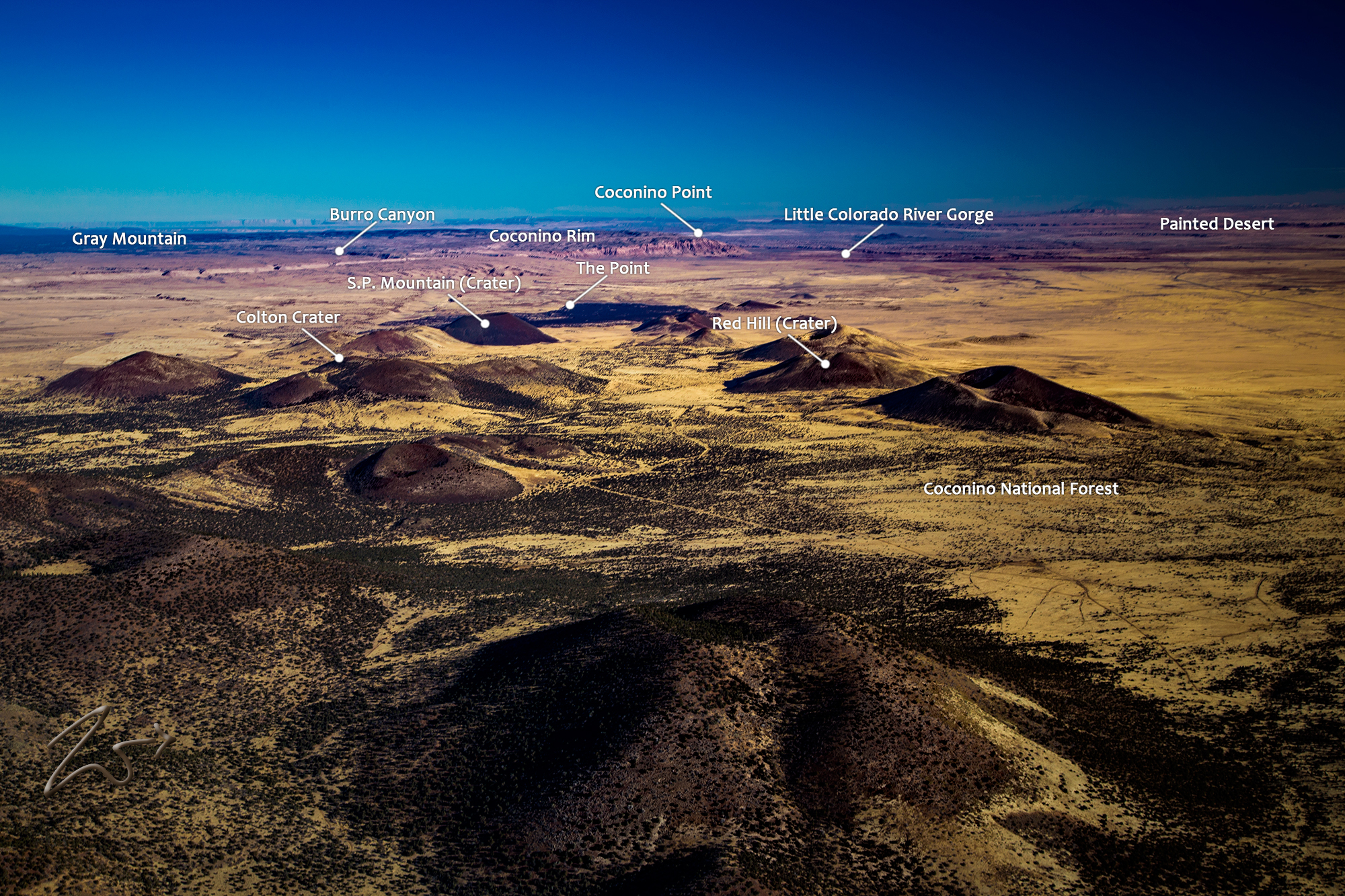 In the distance just below the horizon, you can see the jagged cliffs of Walnut Canyon National Monument where there are  25 cliff dwelling rooms constructed by the First Nations Sinagua,  the very people that had to temporarily leave the area when this volcanic eruption occurred.