The Shining Mountains ~ Backbone of the World

Melting snow across the eastern front of the Montana Rocky Mountains expose the rugged mountains and peaks of these majestic mountains. The view, lensed while flying above the South Fork of the Milk River on the First Nations Blackfeet Reservation, dramatically illustrates why these mountains were called the “Backbone of the World” by the Blackfeet over the past few centuries.

From Medicine Owl Peak on the far left side of this image to the sacred Chief Mountain (called Nínaiistáko by the Blackfeet) jutting upwards on the far right, there are many iconic locations in this photograph. To review the full-size panoramic photo please go here and use the scrollbars to navigate around the image. To view the location key for this image please select the arrow icon on the left side of the image. 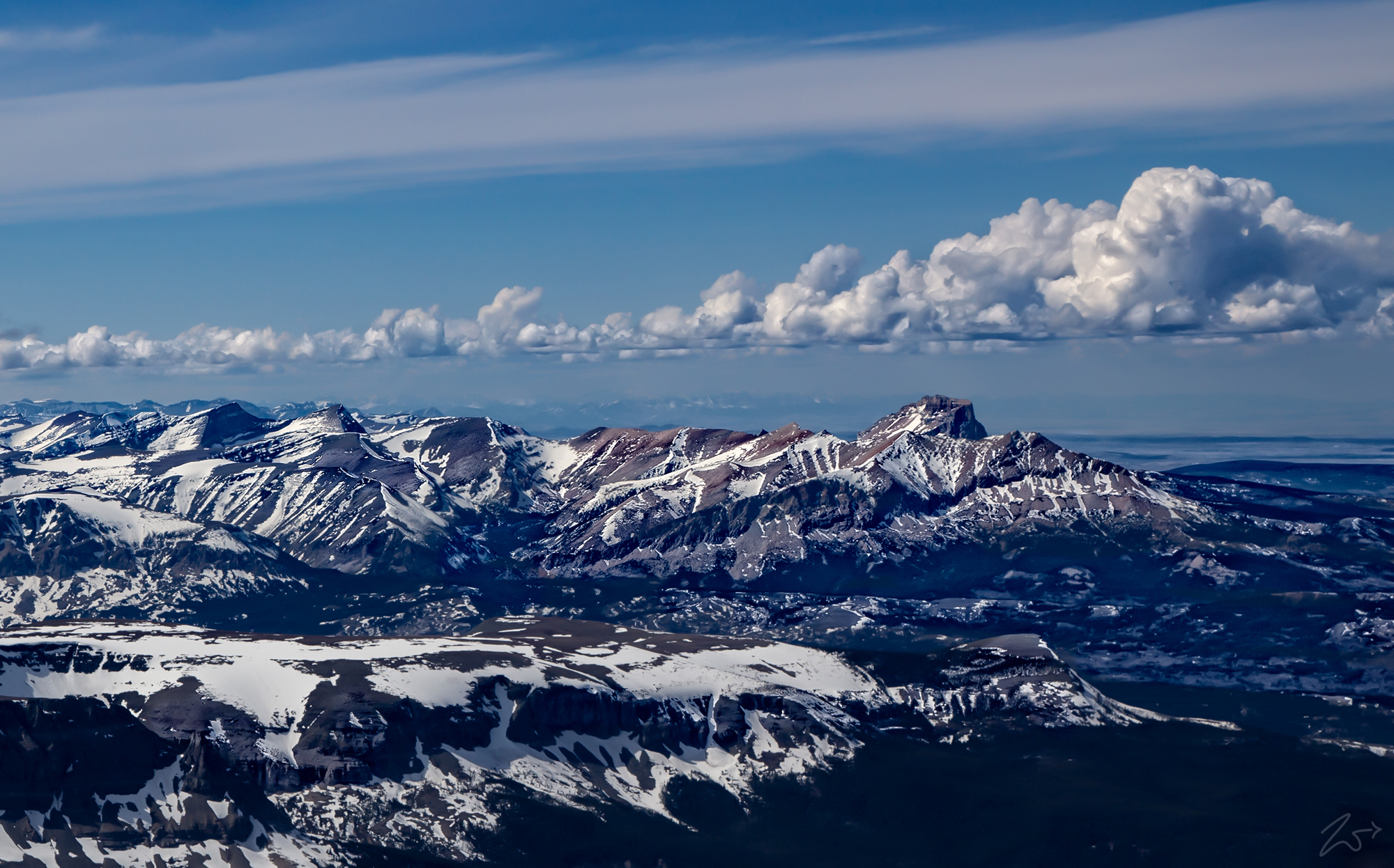 The First Nations Blackfoot and other tribes local to this area held these mountains in sacred reverence. Well beyond the relatively short span of recorded history, First Nations people began migrating south from the Alaska area. Traveling into what eventually became Montana, they established a rugged passageway along the length of the eastern flank of this imposing natural wall, the Rocky Mountains.

First Nations Tribespeople called the Front the “Backbone of the World,” and sought wisdom through vision quests deep in the mountain wilderness at places like Ear Mountain and Heart Butte or the very sacred Two Medicine, shown in the image above.

The image below is a panoramic view from atop Saint Mary Ridge, looking west across Saint Mary Lake and up to Going-to-the-Sun Mountain. To review the full-size panoramic photo please go here and use the scrollbars to navigate around the image. To view the location key for this image please select the arrow icon on the left side of the image.

The Front has long been sacred country to the Blackfeet Nation and was, before the arrival of Europeans, the traditional Blackfeet hunting grounds. Great endless herds of bison sustained the Blackfeet, roaming by the millions as they traversed the plains in the shadow of these beautiful mountains.

Historically known as the Old North Trail, finer details of the original path have been forgotten, lost in the mist of surmise, however, ample evidence of its long-term human use is well-etched in the lands below. It was summer, 1805, while heading against Missouri River currents toward the Rocky Mountains that Meriwether Lewis first spied what he called in his journal, the “Shining Mountains” to the west. He wrote that the “sun glancing off of the snow gave the mountains a glittering appearance.” Today this 110-mile stretch is known as the Rocky Mountain Front and is considered one of the most iconic and dramatic places on the planet.

The arrival of the occupants of this area dates as early as 500 A.D. and most likely even centuries before that time. This area was located near a thoroughfare that was used by numerous nations as they relocated looking for a place to call home. The mountains held a sacred place for them, and surely each nation had their own names for the peaks and places in present-day Glacier National Park.