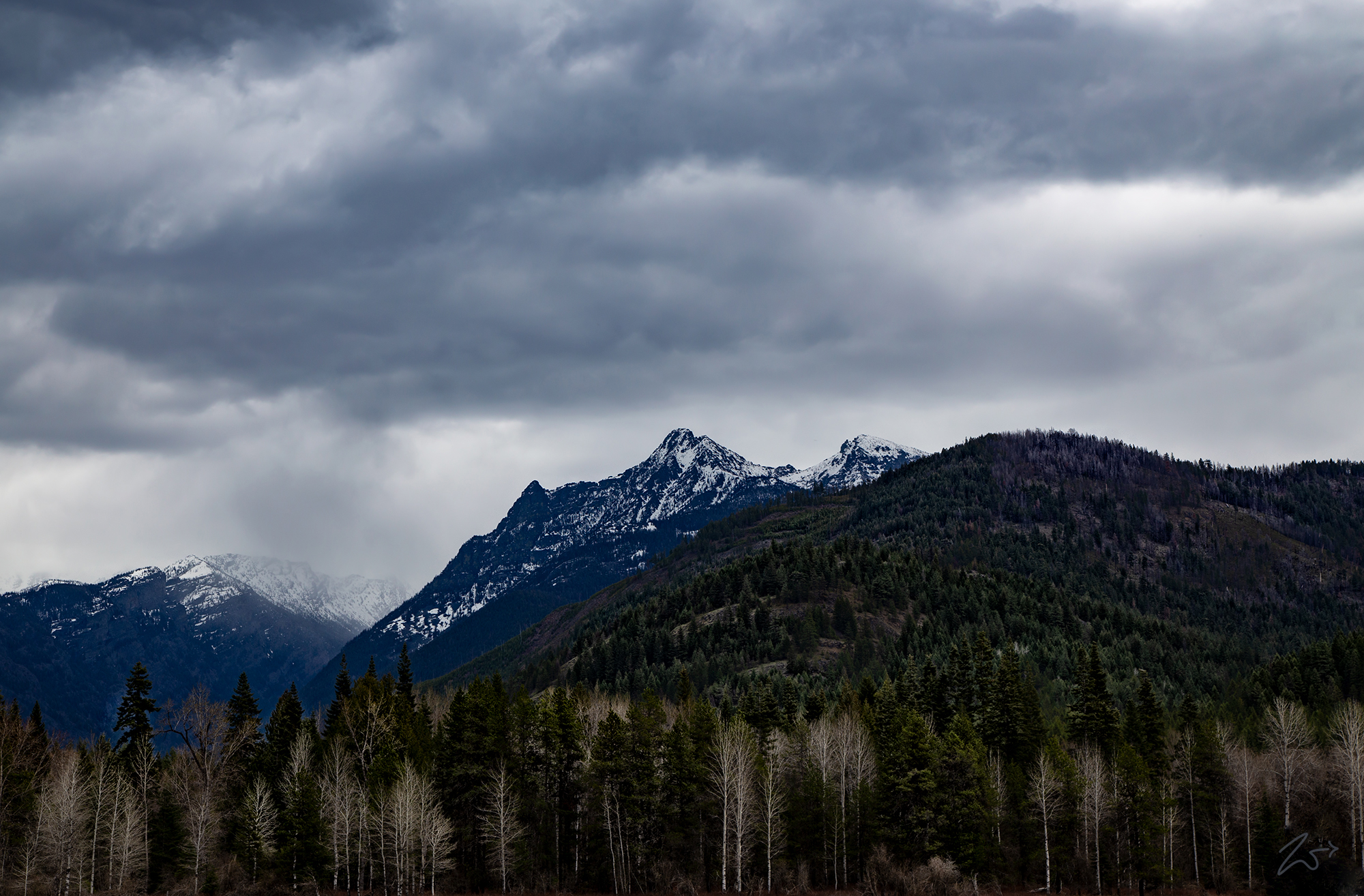 This is the Cabinet Mountain Wilderness, a slight bit more than 35 miles long, this is a rugged mountain range containing glaciated peaks, valleys, and pristine lakes. This wilderness lays between the Kootenai River to the north and the Clark Fork River to the south and contains 94,272-acre primitive wilderness areas protected by the National Wilderness Preservation Act. In the above image, Ibex Peak and Little Ibex Peak loom forebodingly over the Kaniksu National Forest and behind the mountain in the distance across the valley lies Scotty Peak shrouded in clouds.

The Cabinet Mountains along with the Selkirk Mountains close to the west are considered some of the most pristine and untouched “wild” mountains in the lower 48 starts of the  United States. These lush, untamed mountains trend north to south with elevations ranging from a low of 2,880 feet (877m) down in the valleys up to 8,738 feet (2,663m) on top of Snowshoe Peak, seen in the image below in the middle of the range on the horizon. Ibex Peak rises above the northern ridge of Berray Mountain on the right and the crystal clear, pure waters of Bull River slowly drift by in the foreground, reflecting the brilliant colors of a winter sky. 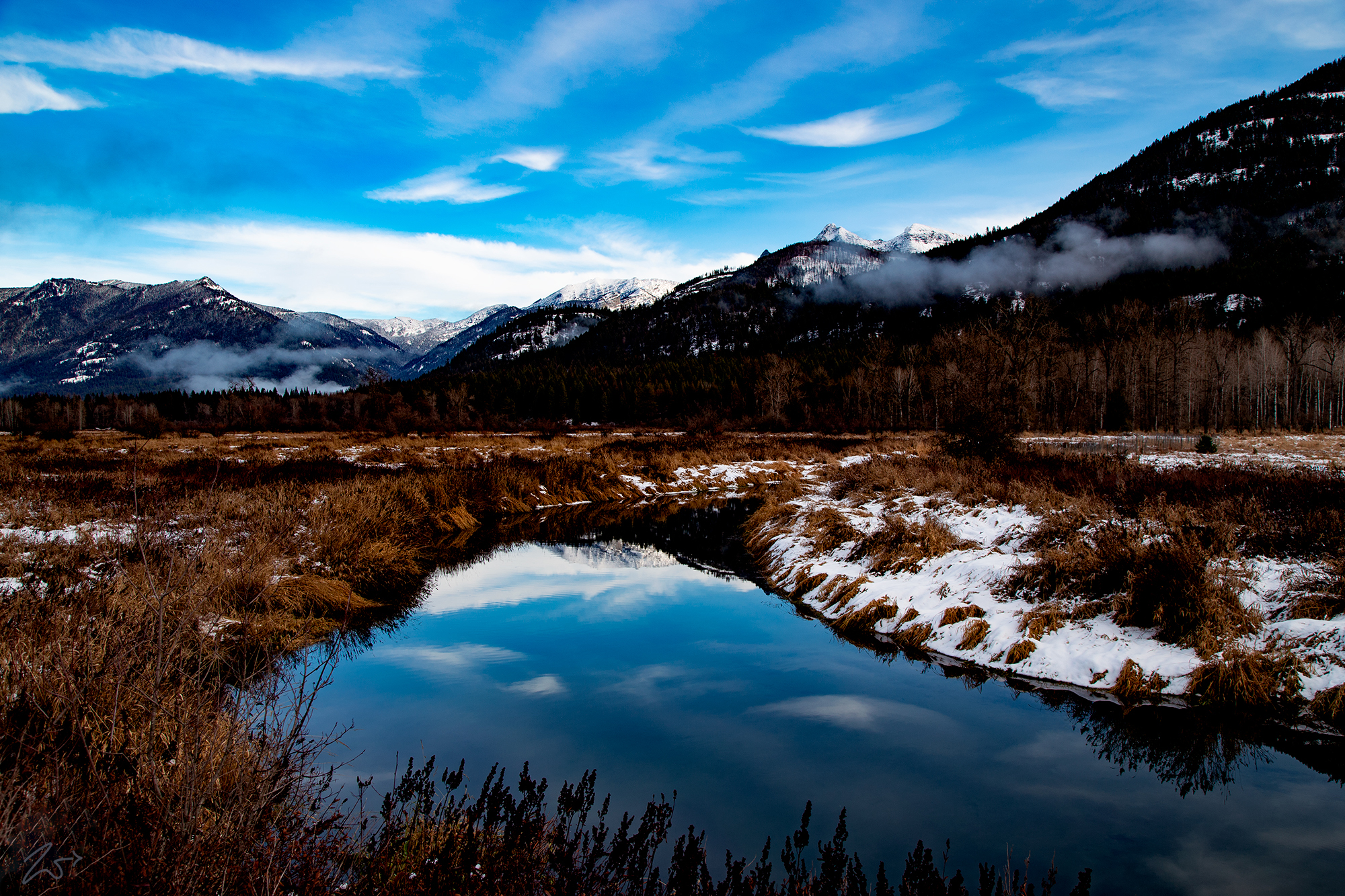 A prominent feature of the Cabinet Mountains is the bountiful Bull River which contains some very deep areas and features a serene meandering path down from its natural spring headwaters arising high up in the mountains just to the west of Bull Lake. 25 miles long, the circuitous and gentle Bull River is only 50 feet wide on average with many shallow riffles. However, this mellow river becomes steep and dangerous in the last few miles as it drops down into the Cabinet Gorge to spill out into the Clark Fork.

In the image below, ghostly fingers of fog drape heavily forested mountainsides in the Kaniksu National Forest where Basin Creek makes its way down from the high ridges on Government Mountain, shrouded in clouds above. It is early spring with the snow melting, under heavy rainfall the long brown leaves of the densely matted reed canarygrass on both sides of the Bull River are still flattened on the ground by the weight of the winter’s snowfall. 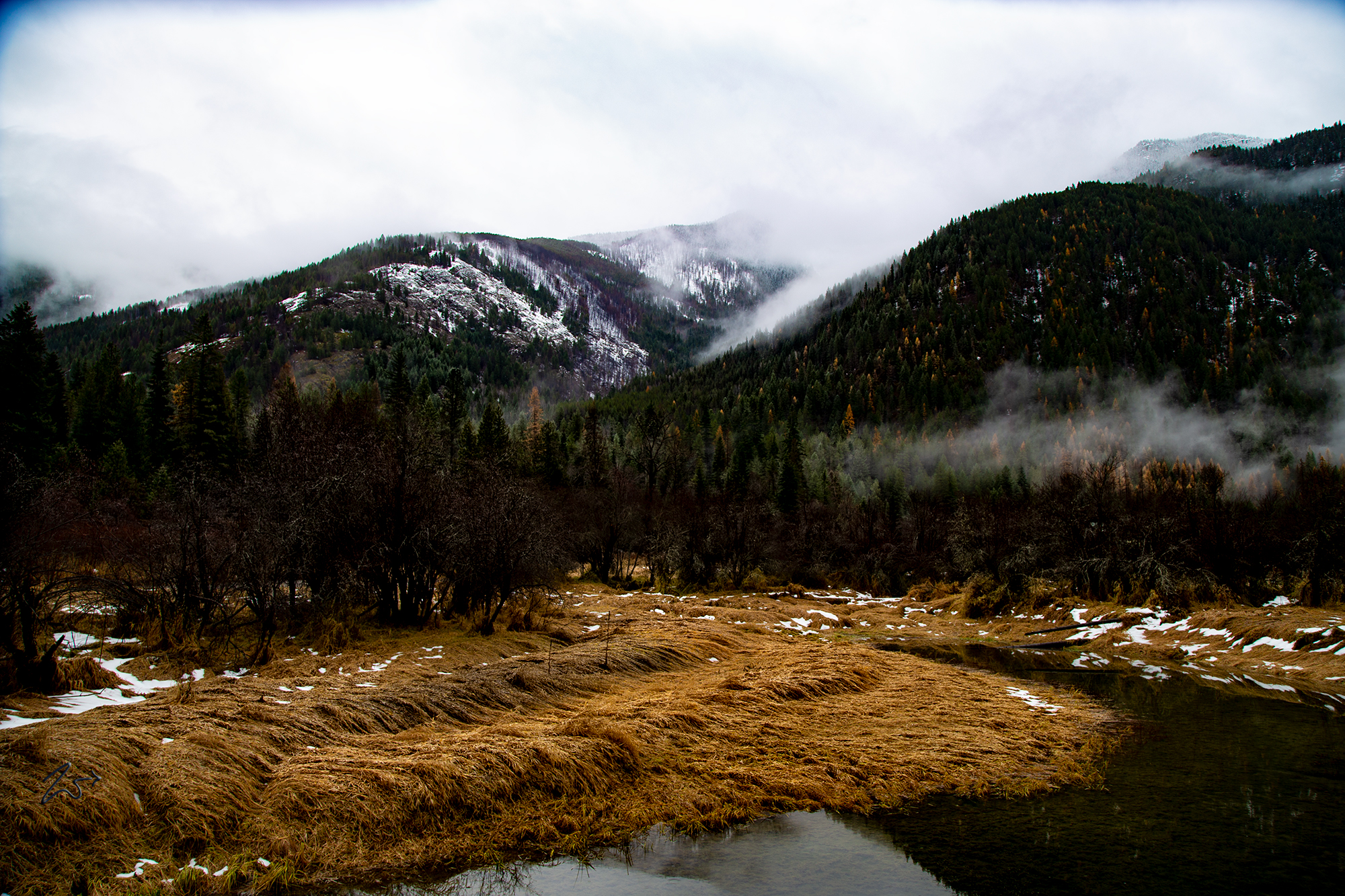 Home to mule deer, elk, moose, bighorn sheep, black bear, grizzly bear, wolverine, wolves and many smaller species, this wilderness receives upwards of 50 to 100 inches of rainfall annually. This abundance of water produces large groves of huge cedars which occupy the canopied valleys and sumptuous meadows below while above, nestled in the peaks and ridges lay numerous deep blue lakes which store and provide pristinely clear, cold water that tumbles down numerous via streams and creeks to the moose country below and into the Bull River.

The Cabinet Mountains have a long history of human activity. They were seasonal hunting grounds for the First Nations Kootenai for thousands of years and were used to hunt large game such as Elk, Moose and the Mountain Goat which was highly valued for its pelt in addition to being a wonderfully rich food source. They also used many plants which had adapted to high altitudes and were collected in the bush for food and medicinal purposes. 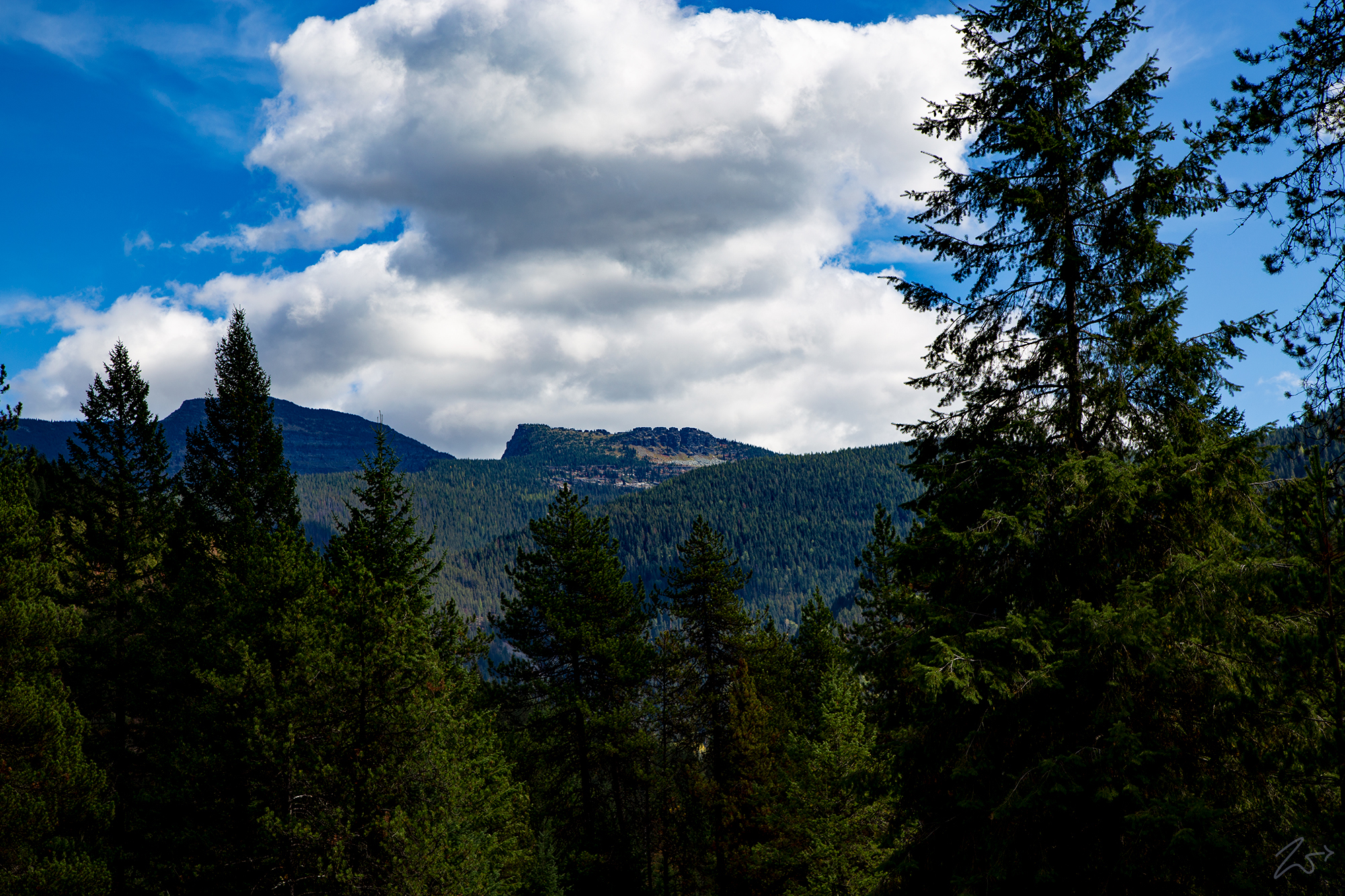 In the early 1800s, the Lake Pend d’Oreille, and Clark Fork waterways and their many tributaries were prime trapping grounds used by pioneering French-Canadian fur trappers who traveled down from Canada. It is from these trappers traveling up the Bull River to trap the rich river valley upstream to Bull Lake that the Cabinet Mountains got its name.

There are a couple of theories as to how or why they called it the Cabinet Mountains; there are either a set of rocks in the Cabinet Gorge on the Clark Fork or a set of canyons in the mountains which resemble cabinet furniture. The problem is I have never been able to find the canyons that support this theory and the rocks are allegedly underwater now due to the river being damned. But I have always held that story as rather suspect as that would have led to the River being called the Cabinet River instead of being used to name nearby mountains.

I have a different theory which I will propose here; they were named the Cabinet Mountains because, from certain points alongside the Bull River where the trappers would be been working and camping while they worked their way upriver, there is a nondescript and unnamed crag of rocks hanging off the southwestern side of Chicago Peak that actually looks like a set of 4 cabinets on top of the mountain. But this view is only available from certain points along the Bull River and the ancient Kootenai Native trail that traverses along the river between Clark Fork and Bull Lake.

In the images above and below, taken from different vantage points along the Bull River about 5 miles up from Clark Fork, you can see the uncanny resemblance to a set of cabinets sitting atop the ridgeline. Lensed in the middle of the summer, when the trappers would have been active on the river, these images illustrate very clearly how they would have come up with the name “Cabinet Mountains”. 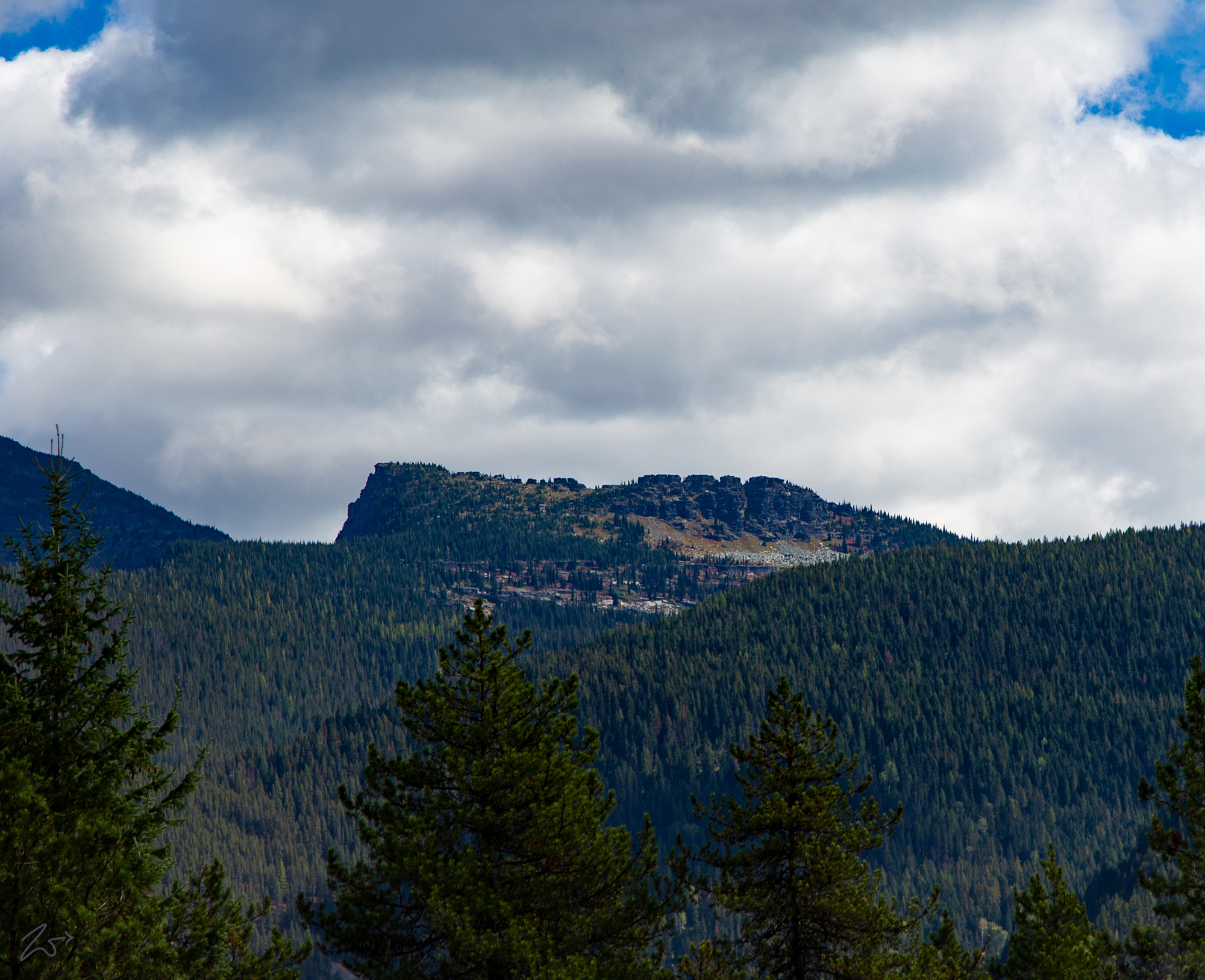 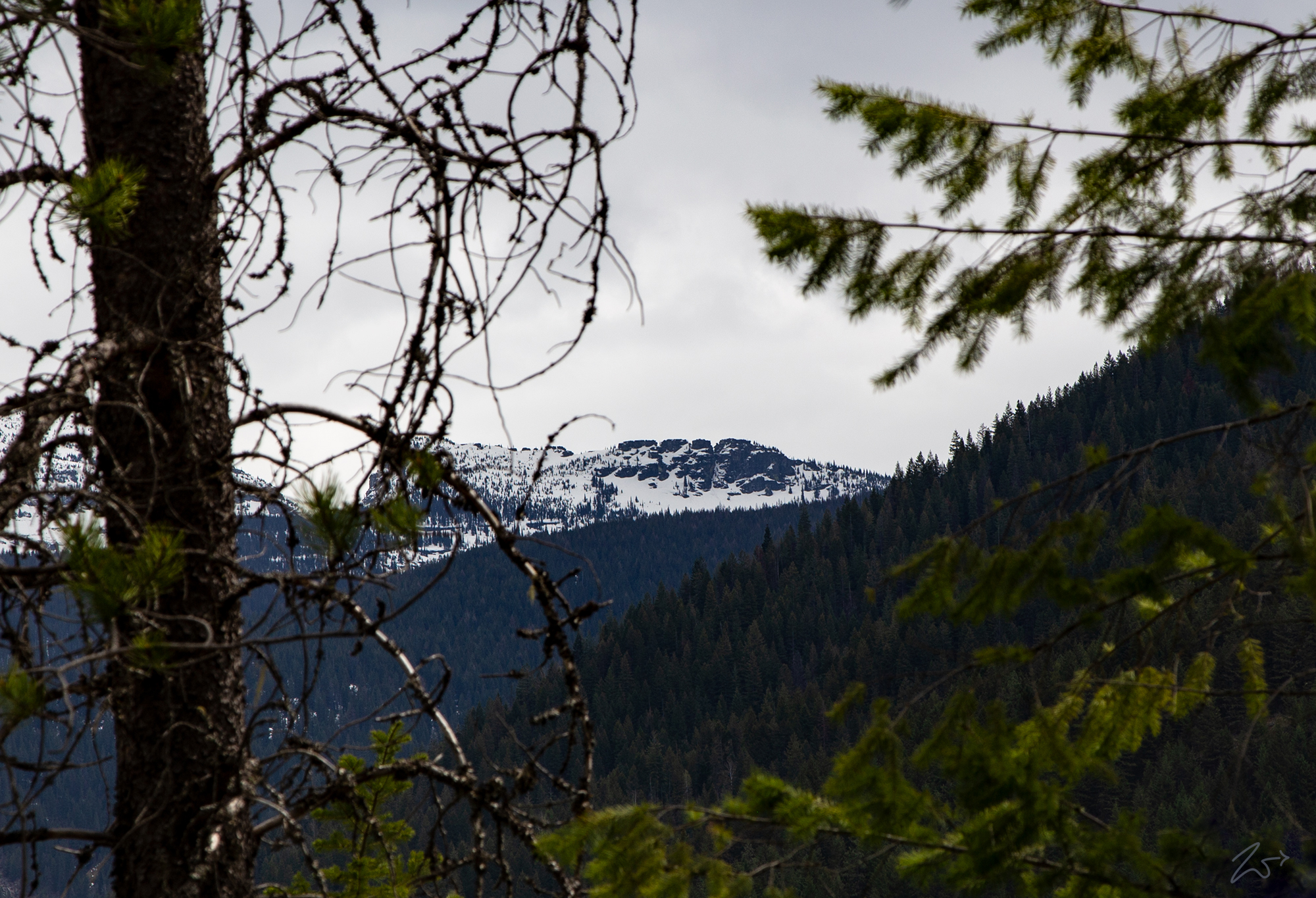 In this image above taken in late spring when the snow is still present on Chicago Peak, the rock formation resemblance is even more striking as it silhouettes the dark rock mass against the white clouds it and snowpack. The image below is lensed from a different location on the same day as the image above. 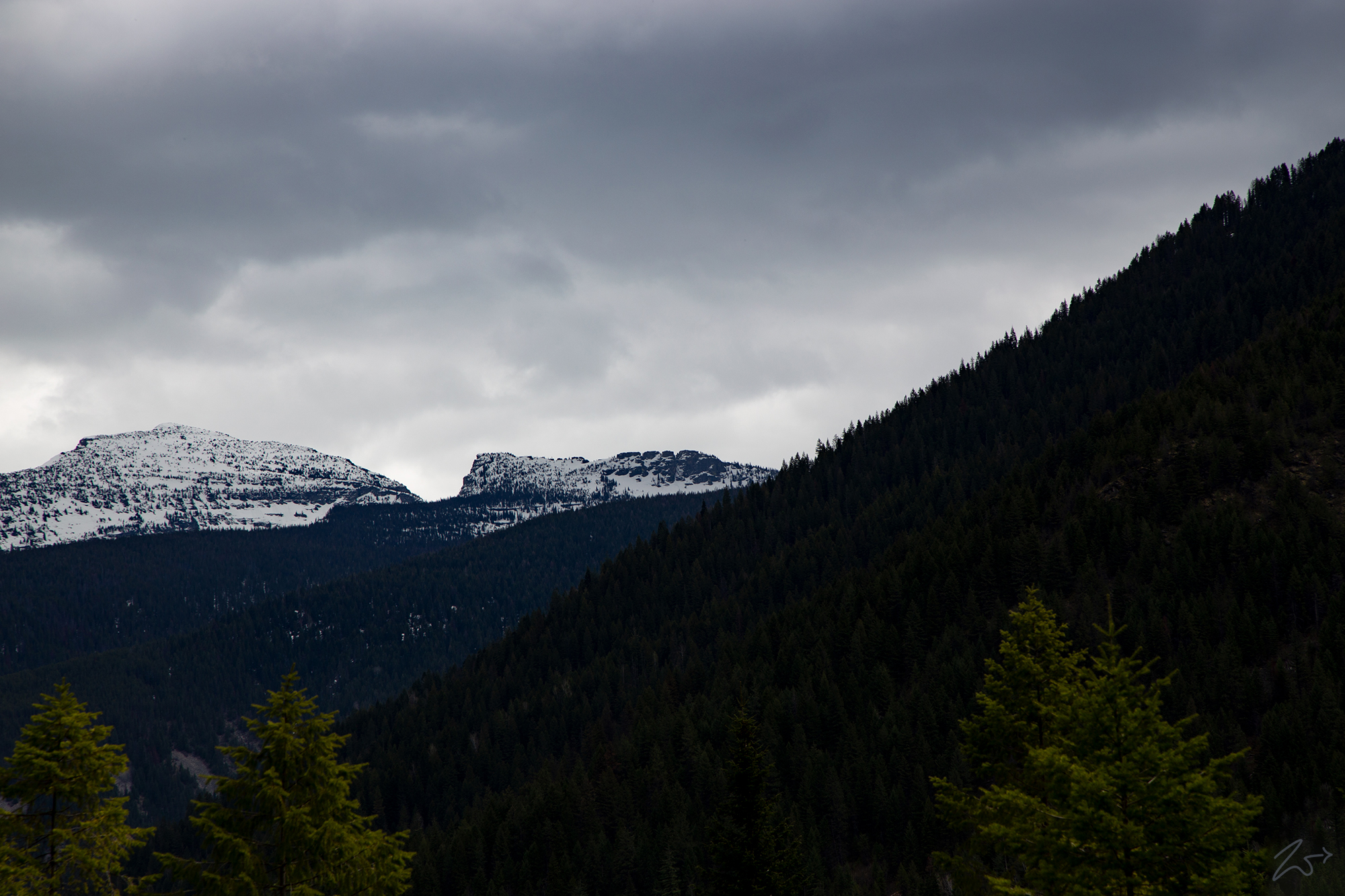 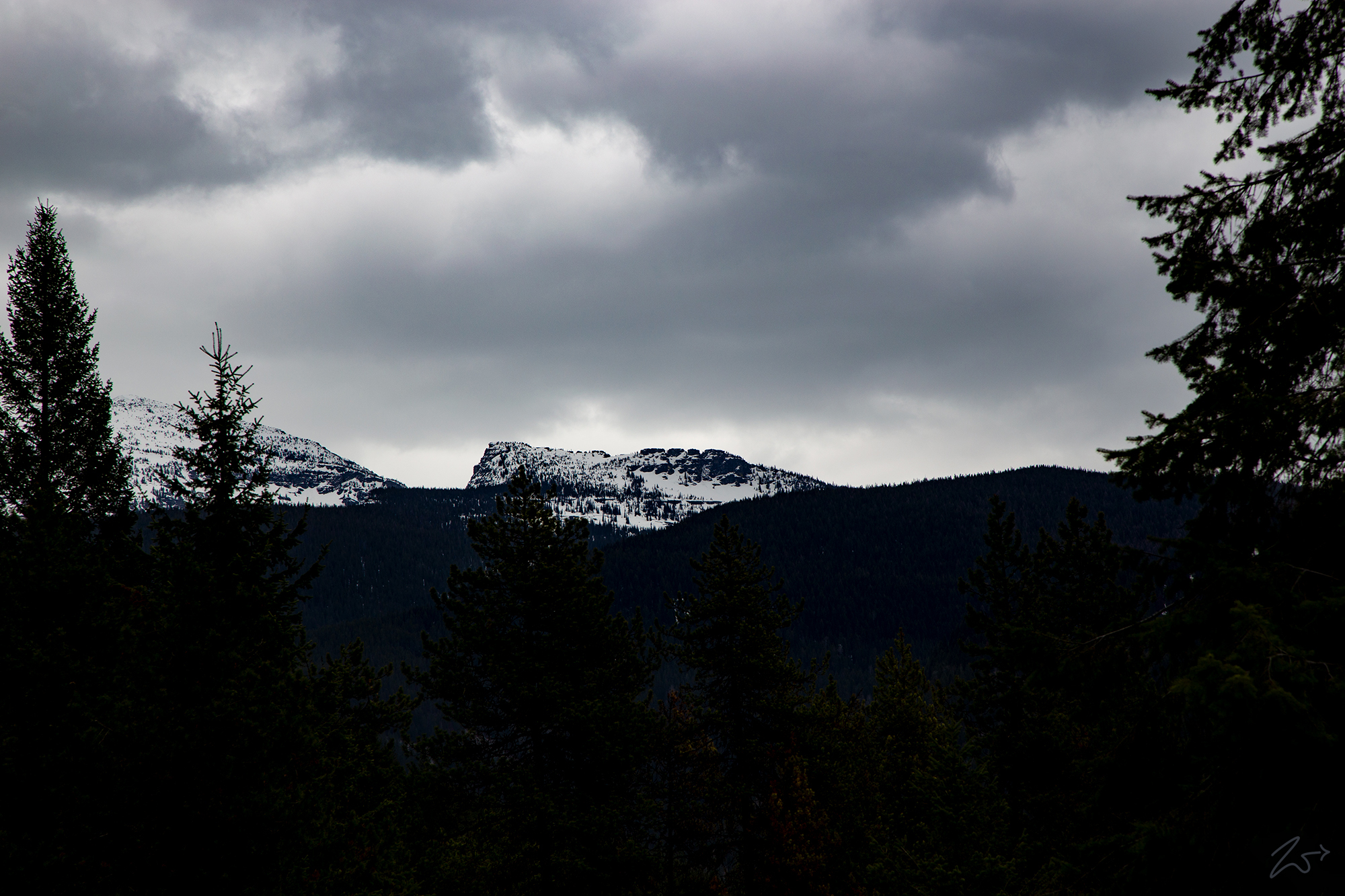 There is another reason I feel that this craggy rock formation seen above is the genesis for the label of Cabinet Mountains that the French-Canadian fur trappers bestowed upon these beautiful mountains. In the widened valley along the Bull River beside Copper Gulch, an area that the trappers would undoubtedly bivouac due to its lush meadows, there is another distinctive mountain to the northwest. It’s signature stacked flat-top shape inspired the rugged trappers to name it after another piece of furniture; Billard Table Mountain. 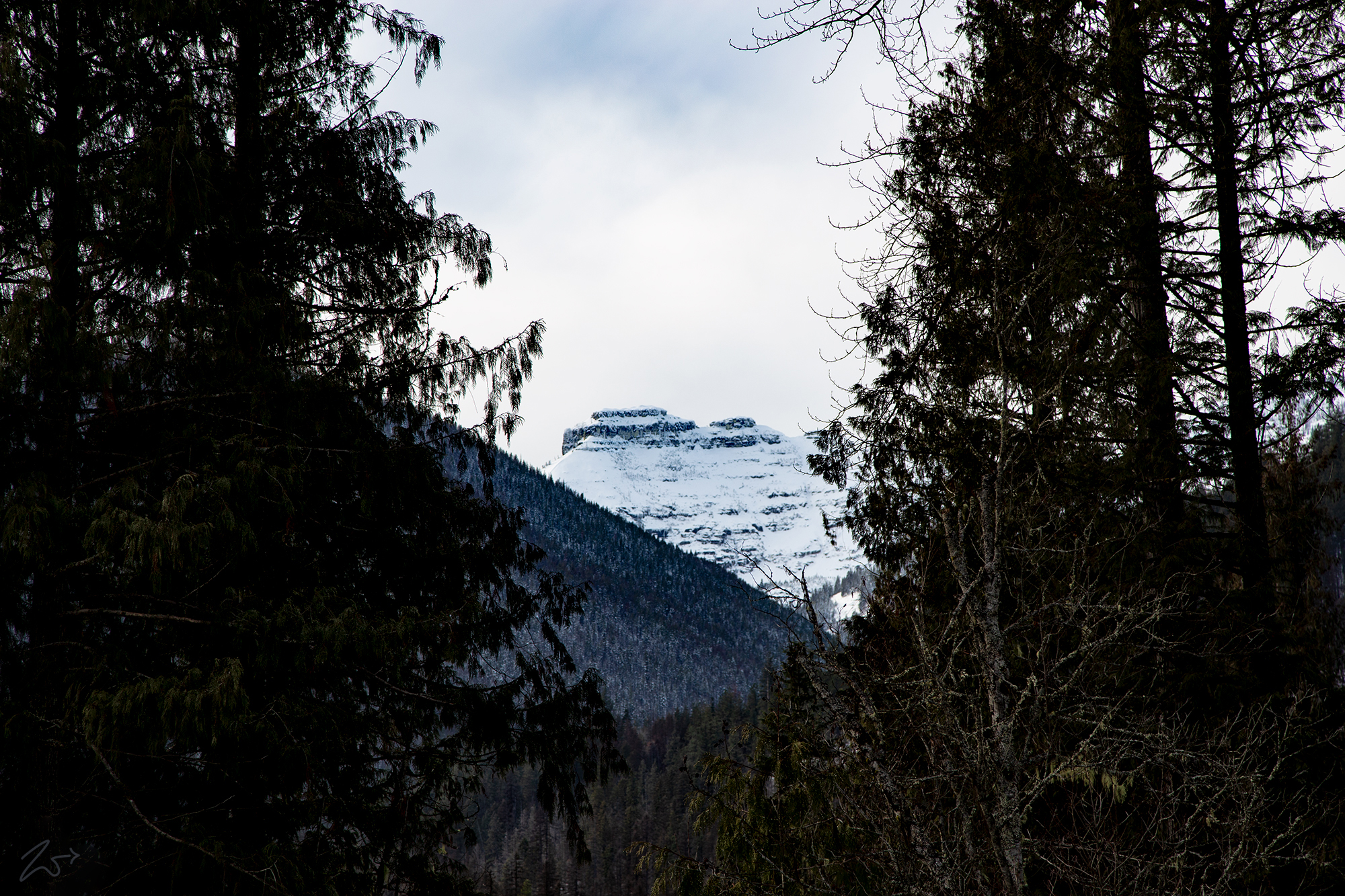 This image below is the Billard Table seen from across the distance from the marshy area next to the Bull River near Copper Gulch. To the left of Billard Table is Squaw Peak and to the right is Hamilton Gulch, this is the Kaniksu National Forest. 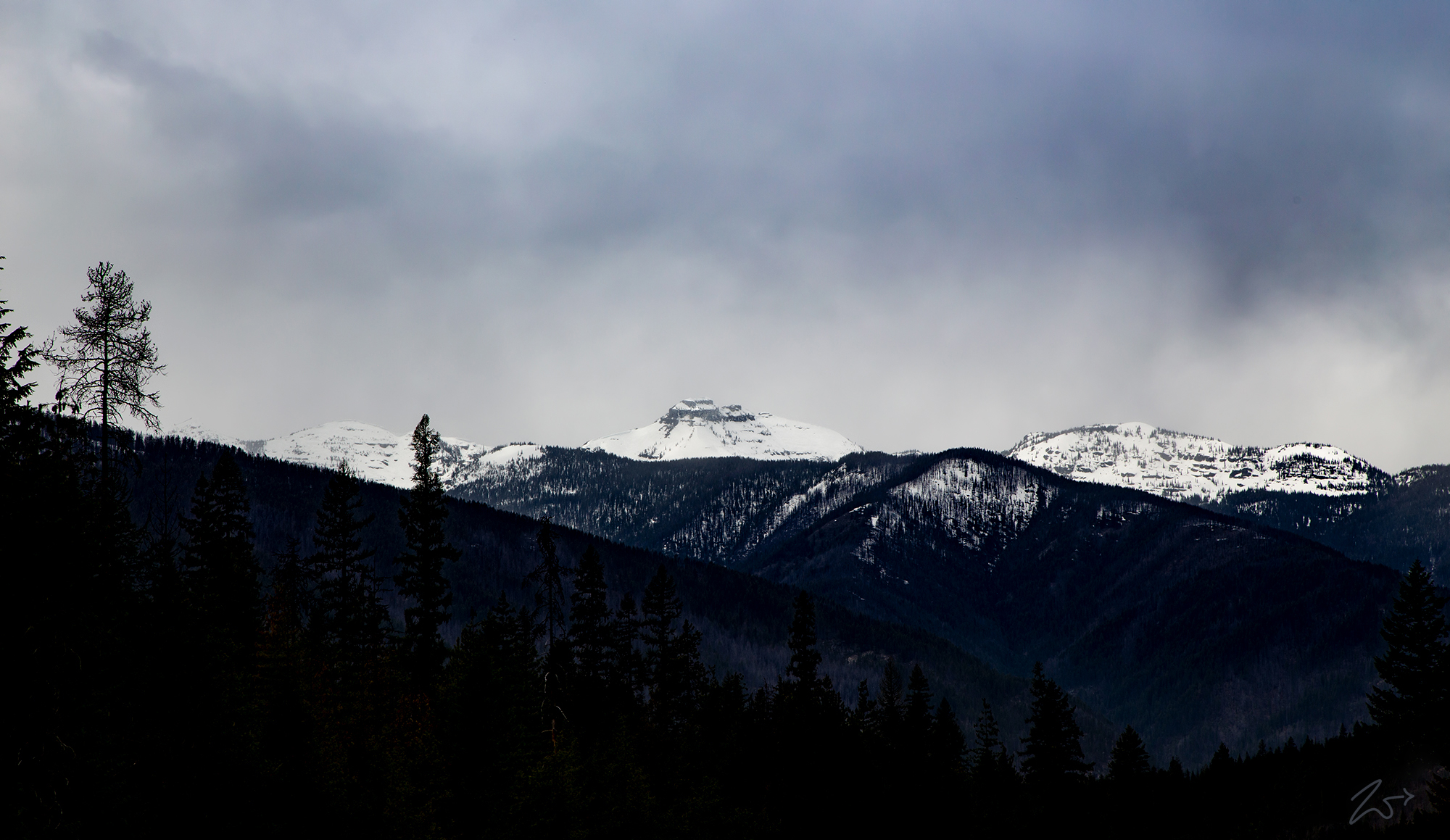