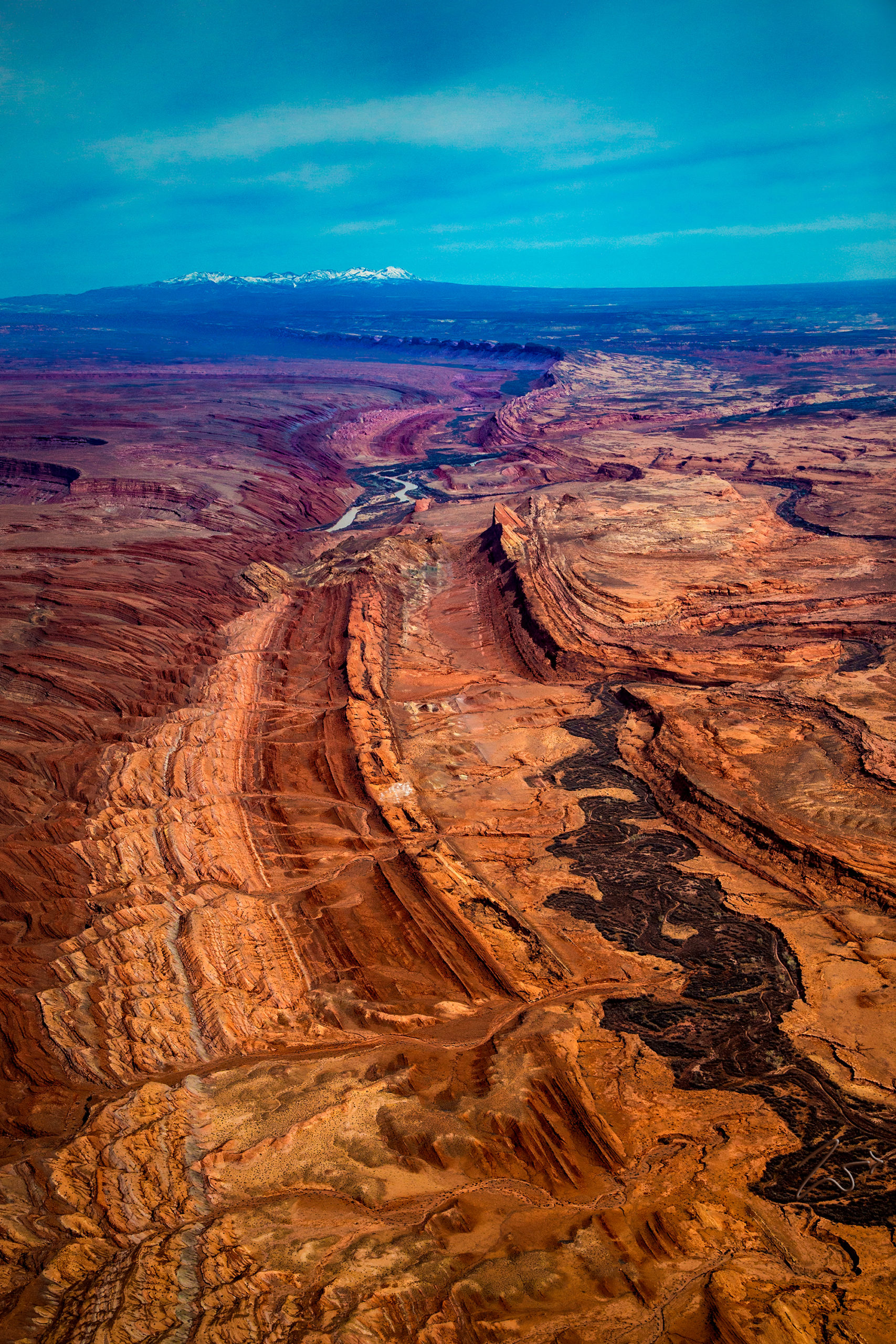 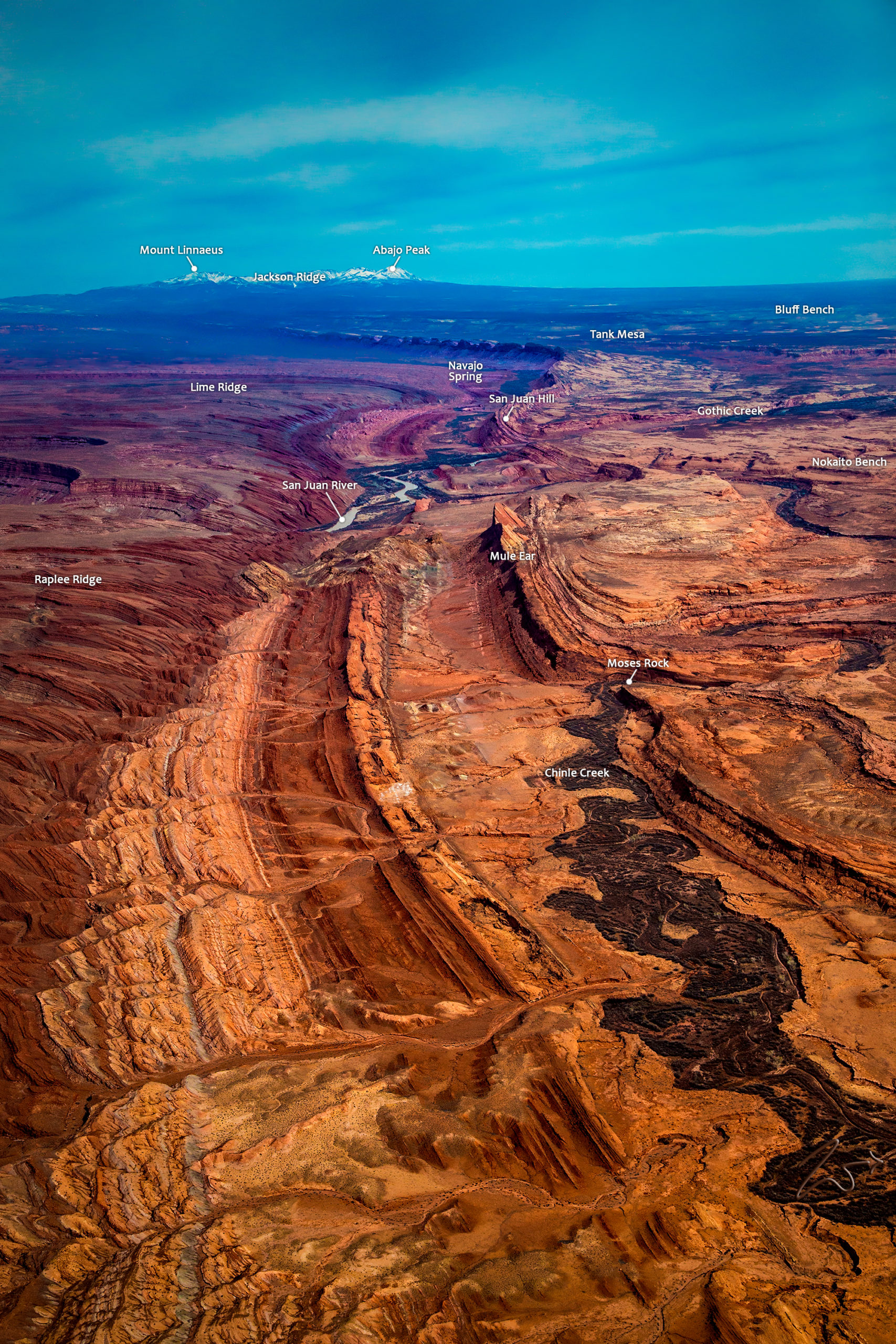 Comb Ridge is a jagged linear north to south-trending monocline that curves out across the center of the Colorado Plateau from Kayenta in northern Arizona to the foothills of the Abajo Mountains in southern Utah. This is an immense sandstone formation nearly 120 miles long and 1 mile wide. In First Nations Dine (Navajo) language this ridge is called ” Tséyíkʼáán” which translates to “Rock Extends in the Form of a Narrow Edge.”

The unusual geologic structure is a vivid surface expression of the deep fault that lays along the east margin of the Monument Uplift. This massive blunt-rock extension happened almost 65 million years ago when the Earth’s tectonic plates that are buried deep under the earth’s surface violently slipped. This geologic event was monumental,  leaving a huge rugged scar across the face of the once smooth stone. These jagged scared and weathered crags sharply tower up steep summits then fall into unexpected depths with staggering and sudden recurrence. They loom from 300 to 900 feet above the empty plains, before disappearing into the surrounding washes.

The most prominent section lies towards the north, where for about 30 miles, the faultline reaches heights of 700 feet above the surroundings and is characterized by gently sloping ground to the east, formed by the top of a layer of white Navajo sandstone inclined at 20°, and by an unbroken line of sheer cliffs to the west, where several of the underlying strata are exposed, most visibly the red Wingate sandstone.

The more accessible east side of the reef is split by many short box canyons, often containing springs, seeps or pour-over pools, and these sheltered ravines provided ideal dwelling places for the ancient Anasazi, who built settlements in alcoves and on benches, and decorated the canyon walls with pictographs and petroglyphs. Ancient Ancestral Puebloans once found refuge in the Comb’s alcoves. Their existence may be found today as ruins and rock art on the canvas of shallow cave walls.

Archaeological surveys of Comb Ridge have revealed more of the formation’s ancient secrets, from Ice Age camps and 800-year-old Ancestral Puebloan cliff dwellings to historic artifacts of Anglo settlers, and strange lanes carved into the earth across miles of desert, scattered with remnants of Hopi pottery.  These “Anasazi roads” are speculated to connect places of significance, perhaps providing paths for the Pueblo people to visit ancient shrines.