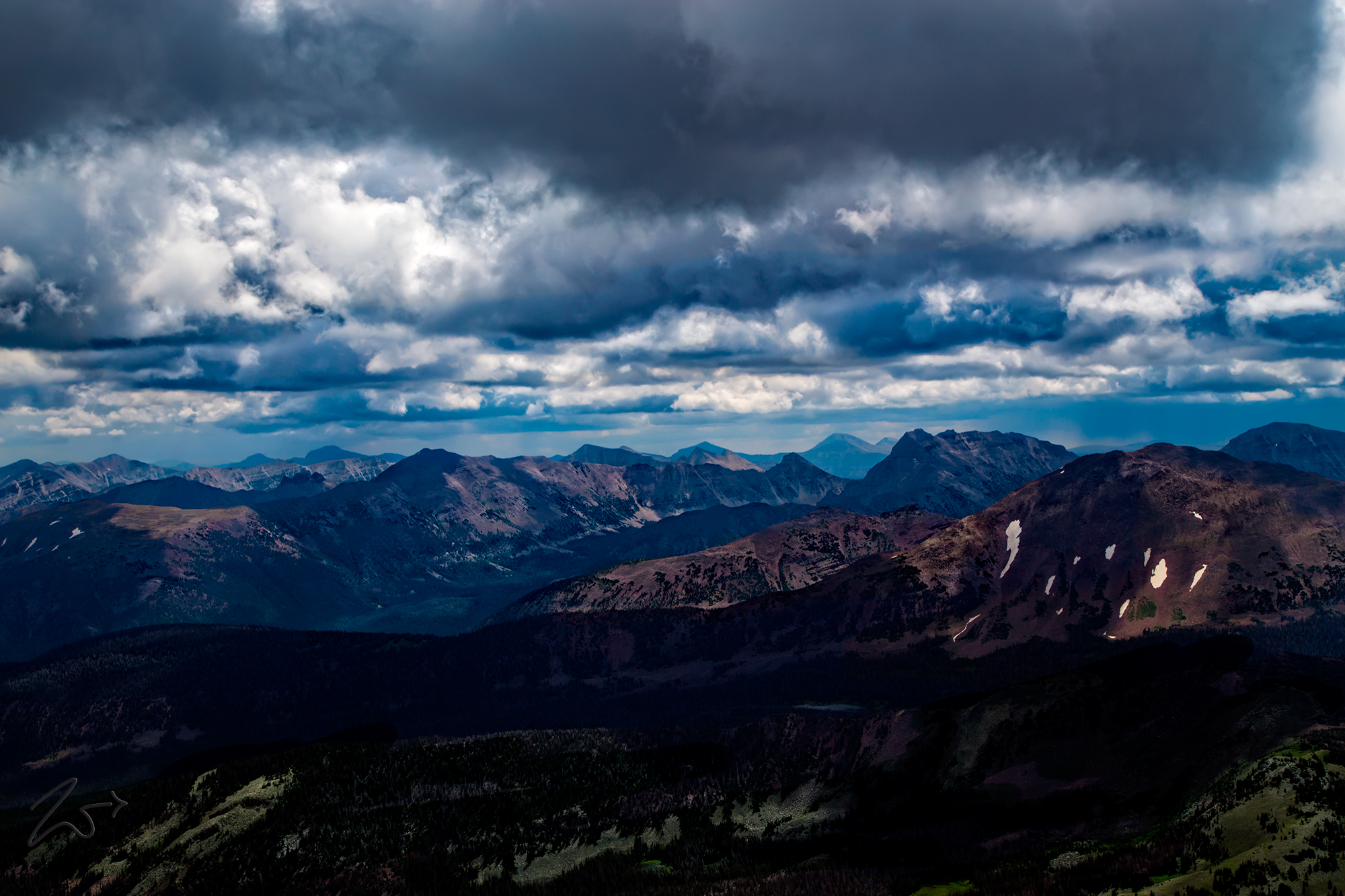 As part of the Wasatch National Forest,  these are the Uinta Mountains to the east of Salt Lake City Utah and on the border of the First Nations Uintah-Ouray Reservation.

These are rugged mountains with an east-west trending range that dips slightly into southern Wyoming as seen in this image below.  As a sub-range of the Rocky Mountains, they are unusual for being the highest range in the contiguous United States running east to west.

This mountainous wilderness is the traditional homelands of the First Nations Ute Tribes from which the state name of Utah is derived. The Utes have a current tribal membership of 2,970 and over half of its membership lives on the Reservation. They operate their own tribal government and oversee approximately 1.3 million acres.

This is Haystack Mountain glowing a dull sandy white hue in this image lensed while flying and exploring the wilderness areas of the Wasatch National Forest east of the Great Salt Lake in Utah. Clouds are providing an occluded cover and diffusing the bright sunlight above the Provo River Watershed around Haystack Mountain and Murdoch Basin.