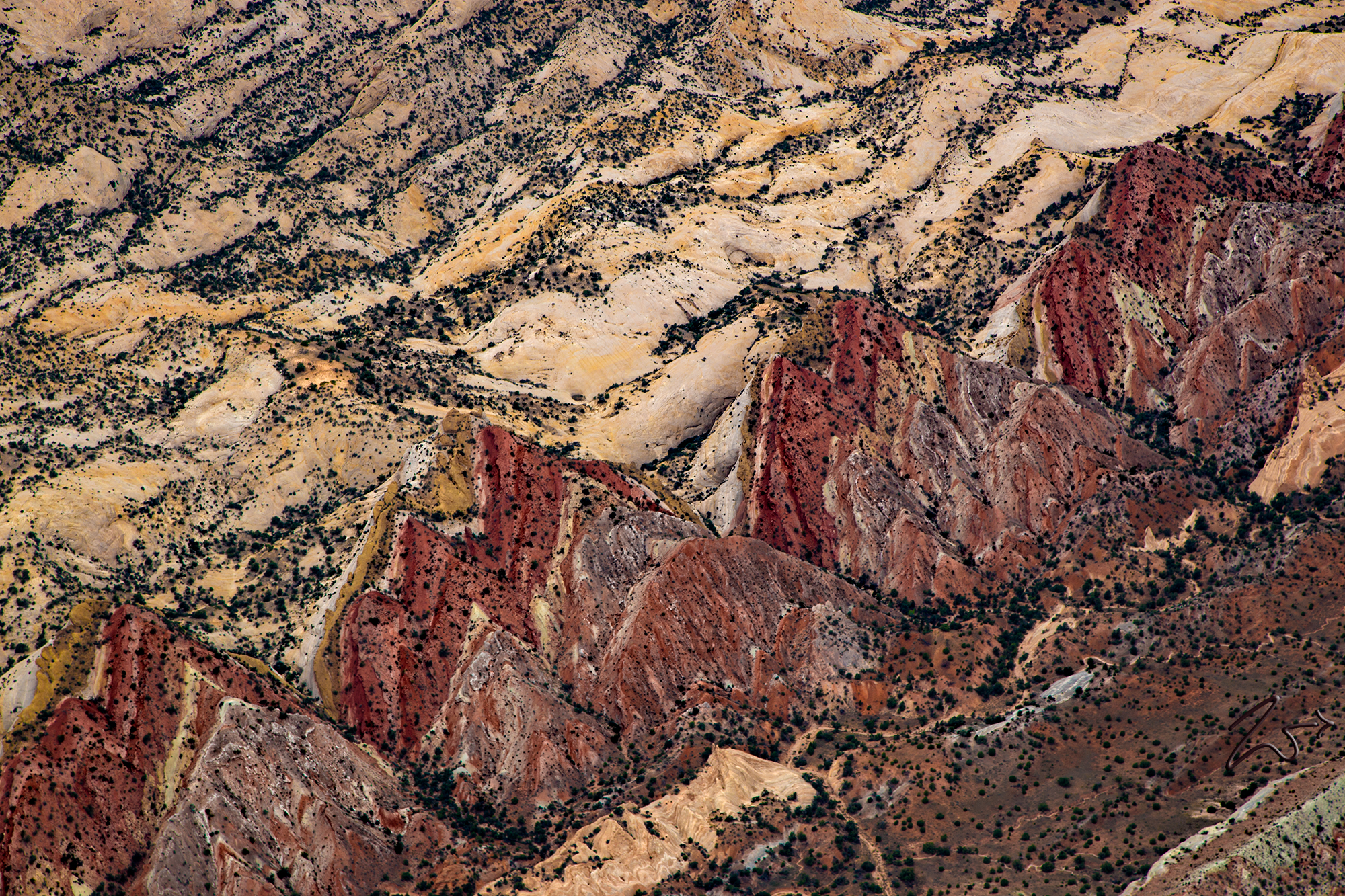 The Waterpocket Fold defines Capitol Reef National Park. A nearly 100-mile long warp in the Earth’s crust, the Waterpocket Fold is a classic monocline, a “step-up” in the rock layers. It formed between 50 and 70 million years ago when a major mountain building event in western North America, the Laramide Orogeny, reactivated an ancient buried fault in this region.

Movement along the fault caused the west side to shift upwards relative to the east side. The overlying sedimentary layers were draped above the fault and formed a monocline. The rock layers on the west side of the fold have been lifted more than 7,000 feet (2,134 m) higher than the layers on the east.

The draping effect is clearly seen in this image of what I call the Sharks Teeth.

More recent uplift of the entire Colorado Plateau and the resulting erosion has exposed this fold at the surface within the last 15 to 20 million years. The name “Waterpocket Fold” reflects this ongoing erosion of the rock layers.

“Waterpockets” are small depressions that form in many of the sandstone layers as they are eroded by water, and are common throughout the fold at Capitol Reef. Erosion of the tilted rock layers continues today forming colorful cliffs, massive domes, soaring spires, stark monoliths, twisting canyons, and graceful arches.