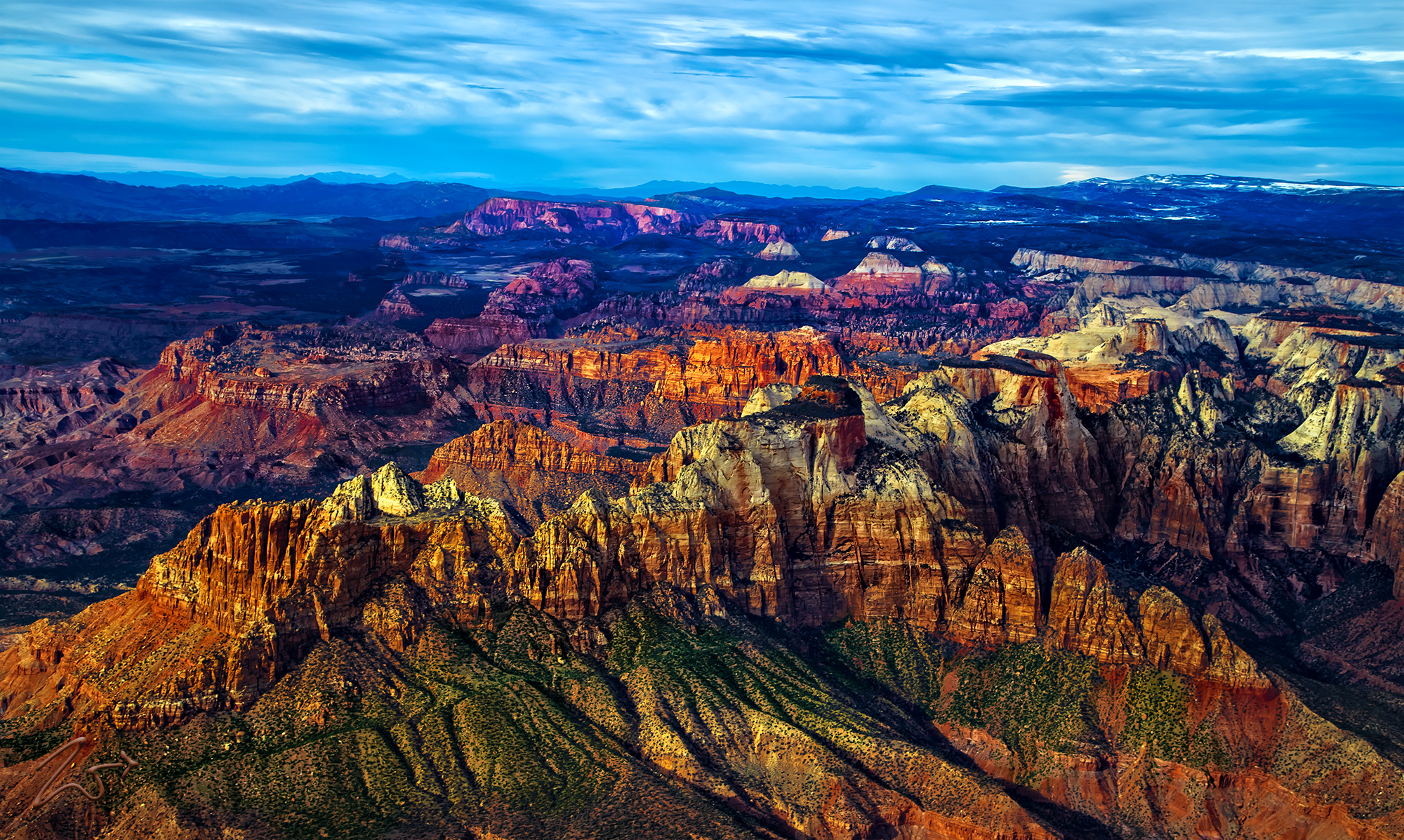 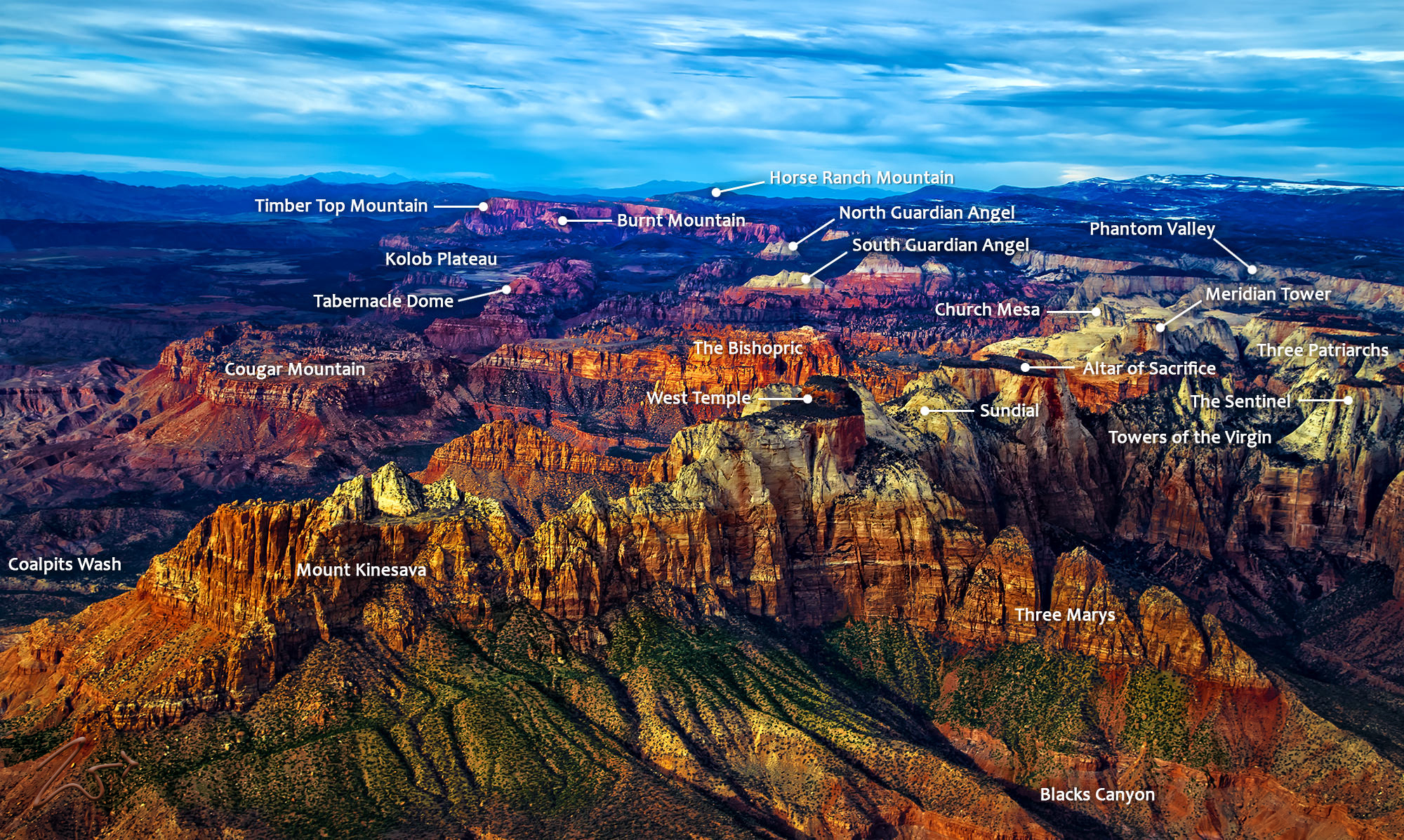 This is a unique aerial view of Zion National Park showing numerous iconic landmarks across the distance. Spread out across the Markagunt Plateau and Kolob Terrace, Zion is located at the intersection of three geographic provinces: Colorado Plateau, the Great Basin, and the Mojave Desert. To review the different iconic landmarks that are shown in this beautiful image please select the arrow on the image to load the location key.

These otherworldly looking formations are the jagged edge of a huge area that has been twisted, uplifted, tilted, and eroded over the eons, forming a massive geological feature known as the Grand Staircase; a series of colorful cliffs stretching up out of the Grand Canyon all the way up to Bryce Canyon and over to Zion National Park.

Zedekiah: “I lensed this image while flying northwest over Shunesburg Mountain, south of The Watchmen formation on the southern border of Zion National Park. In this image, you can view many of the popular hiking destinations throughout the park. On the accompanying image, I have noted all the different formations.”

Zion began as a flat basin with an elevation near sea level around 240 million years ago. As sands, gravels, and muds eroded from surrounding mountains, these materials ran into the basin and were deposited in layers. Each layer originated from a distinct source and so differs in thickness, mineral content, color, and eroded appearance. In this image, you can see the stratified layers clearly along Mount Kinesava across to the Towers of the Virgin.

Then came the upheaval, covering a huge area from Zion all the way over to the Rocky Mountains, forces deep within the earth started to push the surface up in a very slow and relentless vertical hoisting of gigantic blocks of crust. The elevation around Zion rose from near sea level to as high as 10,000 feet above sea level over the course of 240 million years. This uplift force is still happening. In 1992 a magnitude 5.8 earthquake created a landslide outside East Canyon on the south entrance to the park in Springdale.

The First Nations Southern Paiute tribes who lived here called this place either “Mukuntuweap” which means “straight canyon”, or “ I-oo-gune” for “like an arrow quiver“.

According to historian Hal Rothman: “The name change played to a prevalent bias of the time. Many believed that Spanish and Indian names would deter visitors who, if they could not pronounce the name of a place, might not bother to visit it. The new name, Zion, had greater appeal to an ethnocentric audience.”